Where Was Ferris Bueller’s Day Off Filmed? 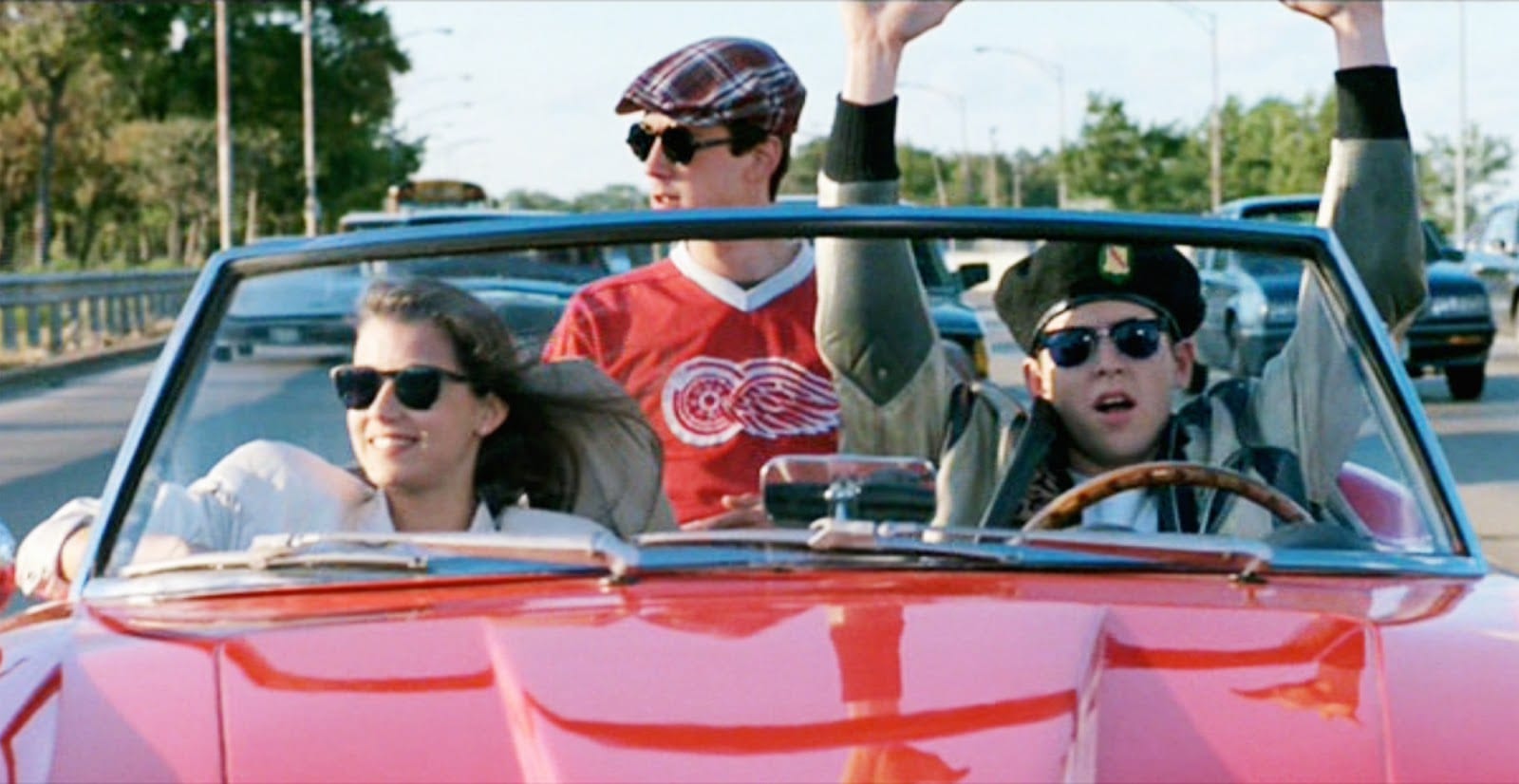 ‘Ferris Bueller’s Day Off’ is the story of what all of us have dreamed of or done – skipping school – only with much more pizzazz. The teen comedy film showcases Ferris’ elaborate plan comprising his friend, Cameron (Alan Ruck), his girlfriend Sloane (Mia Sara), Cameron’s father’s Ferrari, and taking advantage of all that Chicago has to offer. Since this is not the first time Ferris (Matthew Broderick) has skipped school, his Principal, Ed Rooney (Jeffrey Jones), is determined to catch him red-handed, but Ferris Bueller has it all figured out.

Written, co-produced, and directed by John Hughes, this film captures many of his favorite memories and spots in the city where he liked to hang out. He wrote the screenplay for this film in less than a week, and it became one of the highest-grossing films of 1986. In 2014, the Library of Congress selected the film for preservation in the National Film Registry.

‘Ferris Bueller’s Day Off’ is set in the fictitious town of Shermer in Illinois. The idea of the film was not just to show a story filmed in a city but to capture the spirit of Chicago in a way is one of the characters in the film itself. Here are the specific filming locations, most of which are some of the most iconic landmarks in Chicago!

The majority of the film was shot in Chicago, considering a major part of the story is set in the city. This includes some famous spots such as the Art Institute of Chicago, which was Hughes’ personal favorite. He spent a lot of time walking in the corridors of the institute and looking at the displayed artwork. 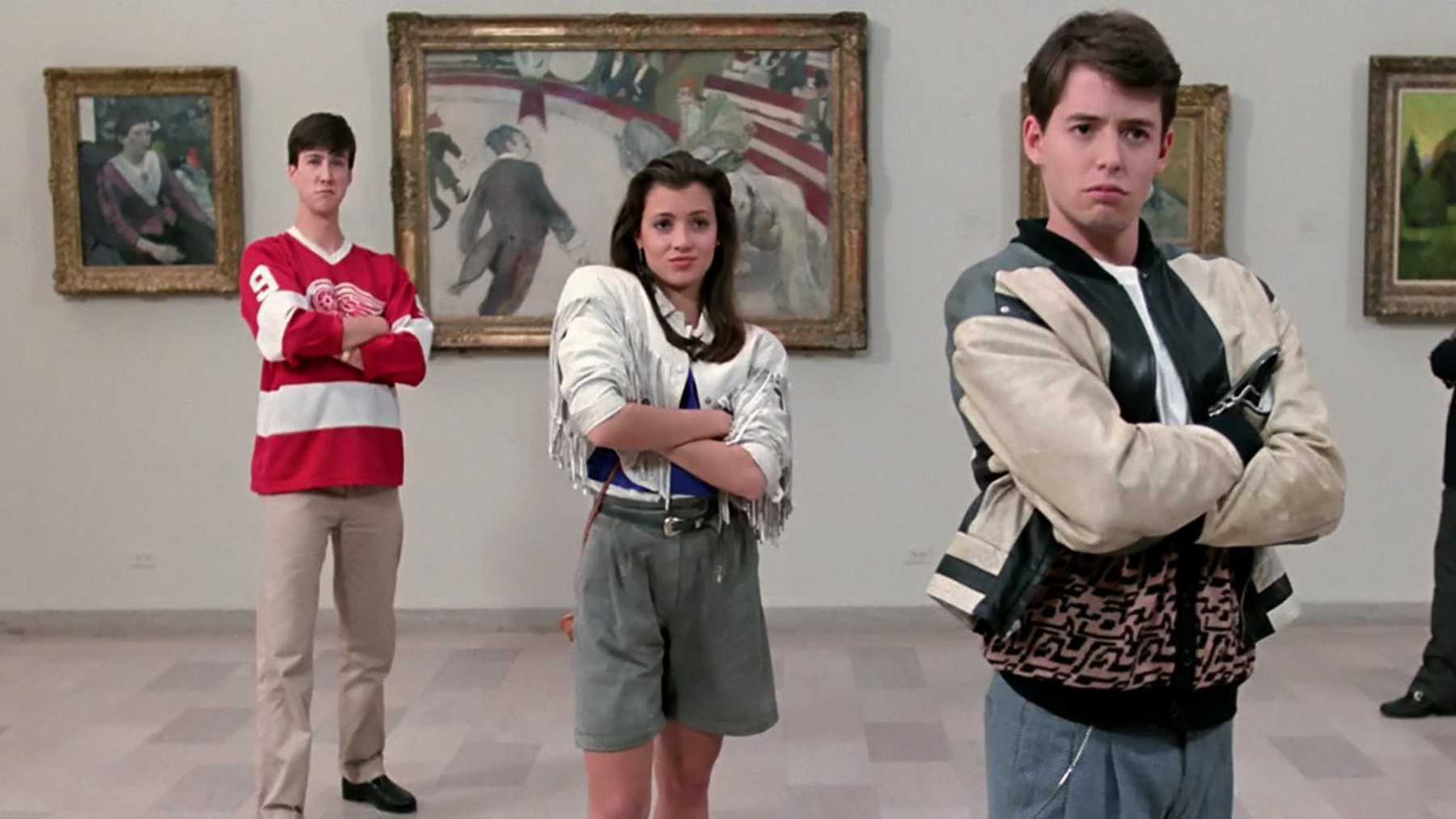 Ferris’ high school from where he takes off to Chicago was filmed at Glenbrook North High School, at 2300 Shermer Road, Northbrook. The front of the school, where he waits for Sloane, posing as her father, is not the main entrance but the Centre for Performing Arts. This was also shot at John Hughes’ alma mater. Cameron Frye’s house is a modernist’s dream, with its sophisticated architecture and belonged to a friend of one of the producers, Ned Tanen, who was a fellow Ferrari collector.

The house is located in Highland Park and belonged to the photographer Ben Rose at that time. To film the scene where the car crashes out of the window, the production team made changes to the extension of the house where the Ferrari was parked. The parking garage where the trio leaves the Ferrari is on Madison Street. Glencoe Beach served as the spot where Cameron has a meltdown when he finds out the number of miles the Ferrari has driven. 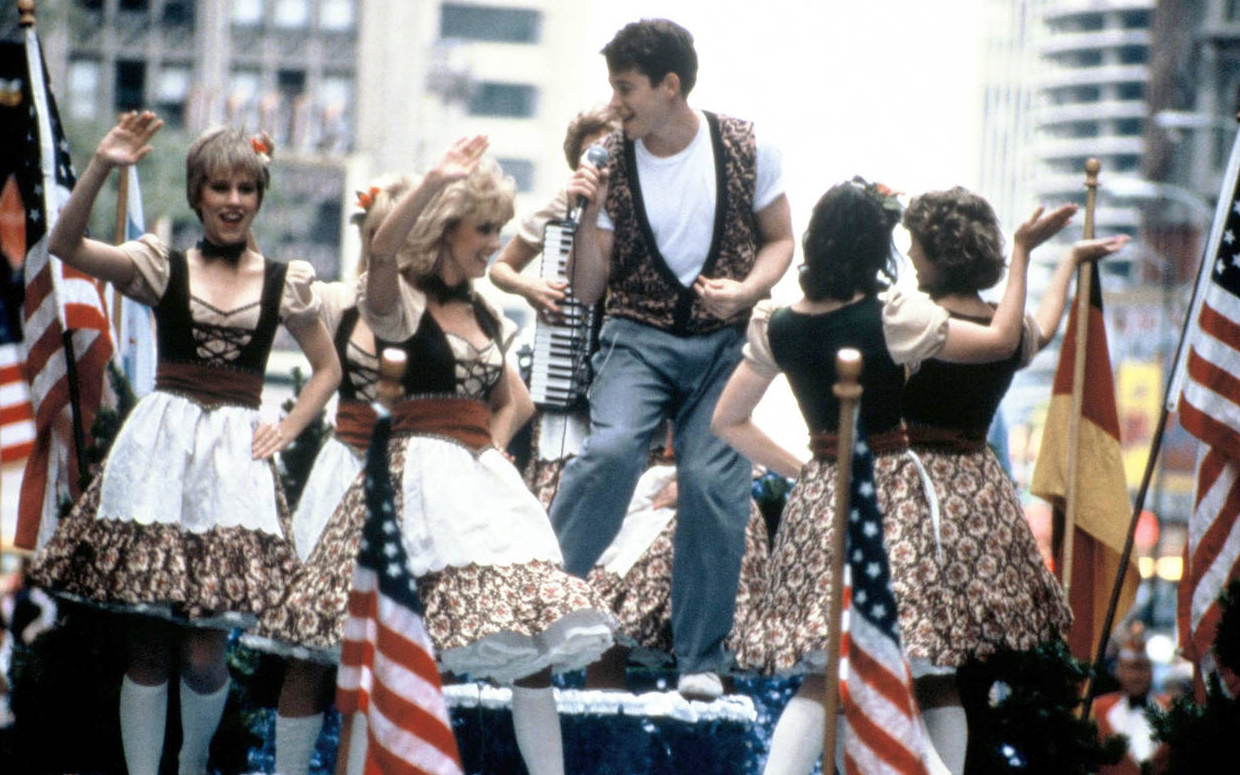 Winnetka is a village in Cook County and doubled up as the place where Ferris’ mother works. She works at the Winnetka branch of Koenig and Strey, 583 Chestnut Street, at the corner of Elm Street, which is a real estate firm. However, his father commutes daily to work in Chicago at 333 West Wacker Drive, along the Chicago River. For the director, one of the favorite parts of the production process was filming at the Daly Plaza for the impromptu musical number at Von Steuben Day Parade, which also shows the famous Picasso sculpture.

For filming, 10,000 extras were called for, and many people of Chicago came together for this scene – it was a memorable experience for Hughes. Other landmark shots of the film include the Tribune Tower, Marina City, LaSalle Street Canyon, and Sears Tower (now known as Willis Tower Skydeck). The three friends enjoy a baseball game at Wrigley Field – 1060 West Addison Street, Lake View. The ballpark is known as the home of the Chicago Cubs.

Ferris Bueller’s home in the film is actually at 4160 Country Club Drive, Long Beach. John Hughes personally designed Ferris’ room, modeling it after his own bedroom from his high school days, complete with disorganized pop references. The interiors for Bueller’s high school were filmed at the California State University Long Beach on 1250 N. Bellflower Boulevard, and the scene at the police station was shot at 635 South Mateo Street, Los Angeles.

While the three of them are watching a game at Wrigley’s Field, Dean Rooney searches for them a pizza place, which is also in Los Angeles, at Brentwood. The posh French restaurant Chez Quiz that the trio visit does not actually exist, in case you were thinking of making a reservation. It is a combination of two locations – an actual restaurant in Los Angeles served as the interiors, while the exteriors were shot outside a private home at 22 West Schiller Street near North Dearborn Street, north of the Loop in Chicago.

I bet some of you are also wondering if the Ferrari is real. The answer is no. As there were only 100 of the Ferrari 250 GT California Spyders, it was expensive to rent or destroy the same. Hughes got three replicas made, which he used for the wide shots, but a real one was brought in only for the tight shots.