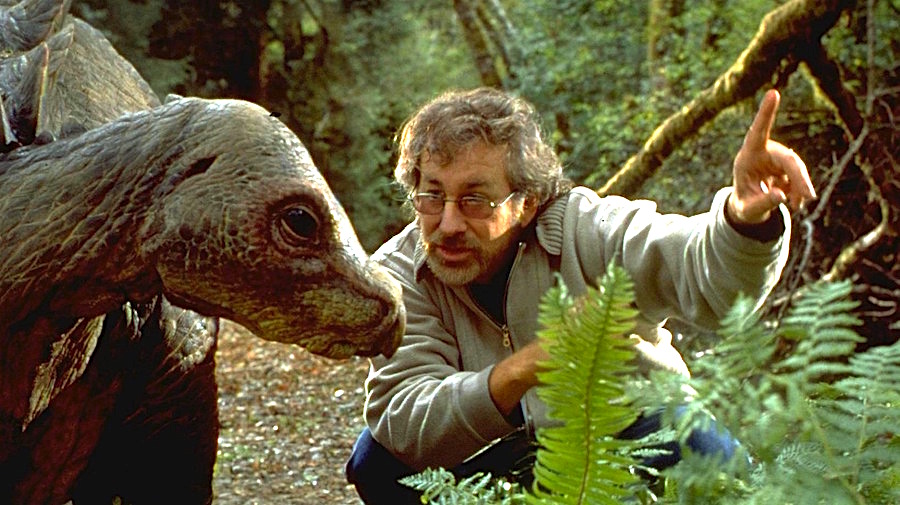 Stephen Spielberg. The man who changed the landscape of mainstream film-making. Now before you judge my choice of words, let me remind you, mainstream movies aren’t bad and there’s a difference between them and popcorn flicks. One look at Spielberg’s filmography and you can understand how his “conventional” approach has evolved not only the technicalities in the industry but also set a standard for similar directors like Christopher Nolan, Peter Jackson and Ridley Scott. It’s difficult to make a film that connects to billions, because people do not share same perspectives and in your pursuit to be universally acceptable you may sometimes sacrifice your own ideas, which is disheartening and contradicts the purpose of art. Many, including myself, argue over his simple but extravagantly presented films, but thinking about it, I couldn’t help but agree that this is the same case with fantasies, and creating them is Spielberg’s sole driving force.

As a young filmmaker, you shouldn’t bother if your film is either art-house or mainstream. The important thing is you have successfully devised something that lets you visually communicate with others, and originality is what you must strive for, not classification of genres. Considering how Spielberg has been a role model for the youth, 6 Useful Tips From Steven Spielberg For Aspiring Filmmakers.

6. You Shouldn’t Dream Your Film, You Should Make It!

“The public has an appetite for anything about imagination – anything that is as far away from reality as is creatively possible.” – Spielberg

As a writer you’re advised to not wander a lot and return to Kansas to write what’s in your head. As an aspiring filmmaker, you gotta do the same. Most of us spend more than half our productivity period on dreaming about films and playing them on an infinite loop. Whereas, that period should be dedicated for draining you camera’s battery life. According to Spielberg, if you have a camera, then start shooting. You have a vision, then start sharing. One of my favorite films as a kid was ‘Jurassic Park’, and Spielberg admitted he made it because he dreamed of watching something like this as a kid. Though this might have been only successful with a massive budget, the fact that he used it to convert a dream into a reality, is a testament to the honesty present in Spielberg’s films.

5. Optimal Utilization Of The Budget 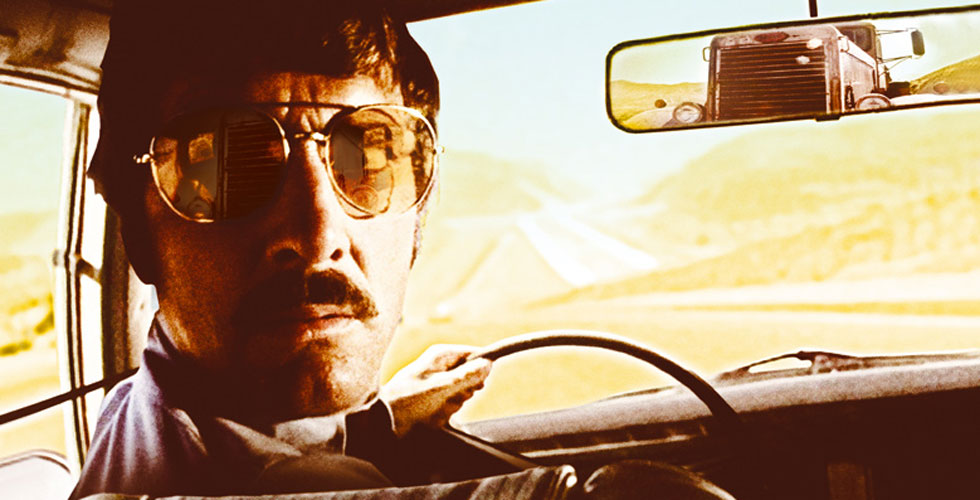 A true artist converts a constraint into a outlet for creativity, and budget is one such constraint that irritates many filmmakers. A great example would be Spielberg’s debut feature ‘Duel’ where he uses two primary pieces : a car and a truck to construct a great thriller with tension levels that are only second to ‘Jaws’. The use of contrasting wide and close-up shots was adopted instead of having action sequences to emphasize on the seriousness of the situation. Spielberg focused a lot on camera techniques in his earlier film like this, ‘The Sugarland Express’ and ‘Jaws’ which is cost-effective and important because you don’t always get the required resources, and that should never be the reason for you to put your project aside.

4. Do Not Rue Over Consistency

“All of us every single year, we’re a different person. I don’t think we’re the same person all our lives.” – Spielberg

Do not pressurize yourself with consistency. Strive to explore as much as you can, rather than affecting your thinking with the dilemma of right and wrong. A very fine example would be Spielberg’s ‘Minority Report’ which wasn’t very well received by critics. He had a vision and he implemented it, without thinking about what the critics might have to say. He later made ‘Munich’, and it would be an understatement to call it one of the best directed thrillers from this century. Spielberg is a director who has now accumulated the resources to share his ideas, and doesn’t shy away from doing so because of negative reactions. As a filmmaker, don’t agitate yourself with a failure, instead study it to redeem yourself. “Technology can be our best friend, and technology can also be the biggest party pooper of our lives. It interrupts our own story, interrupts our ability to have a thought or a daydream, to imagine something wonderful, because we’re too busy bridging the walk from the cafeteria back to the office on the cell phone.” – Spielberg

I’m not a fan of the CGI technology in particular, and believe it should be the last resort for any filmmaker who wants to visualize something great. With ‘The Adventures of Tintin’, Spielberg takes the best step by treating the comic into an animated feature. We’ve seen many live adaptations of comics and cartoons, but they fail at the most important part : fantasy. By going for an animated feature, Spielberg produces a larger than life version which in turn repays him back by providing possibilities a live adaptation wouldn’t. 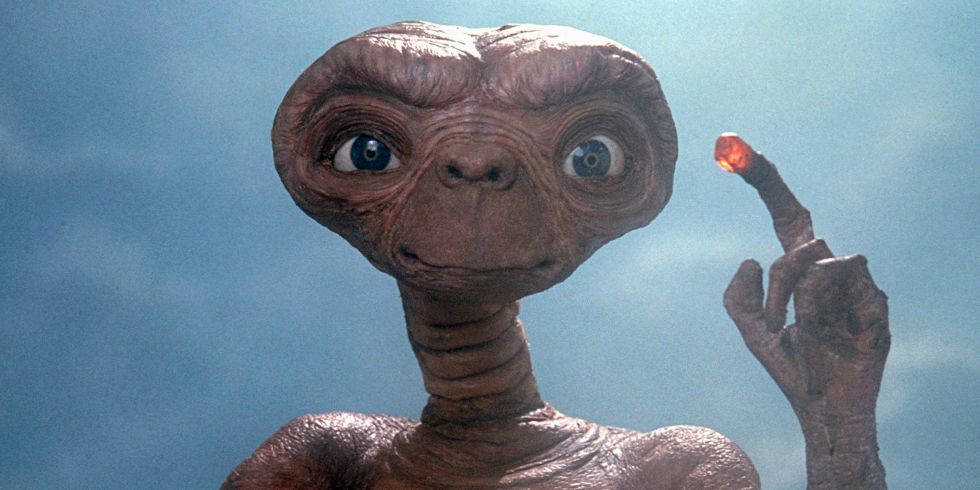 “People have forgotten how to tell a story. Stories don’t have a middle or an end any more. They usually have a beginning that never stops beginning.” – Spielberg

Spielberg is one of those rare directors who have tried their hands at everything yet stuck to the conventional 3 act method of storytelling. In many cases, we have a premise that doesn’t fit or a story that is so poorly constructed it only has the beginning and end, with the middle existing only to connect the both. The admirable quality about Spielberg’s stories is that the beginning and end may look terrific on paper, and may leave audiences wonderstruck but on close imagination they’d barely mean anything if it wasn’t for his middle. He takes plenty of time to merge his characters, and through their symbiotic relationship we see them develop, and in the case of ‘E.T’ this is what makes “I’ll be right here” so emotional.

“When I was a kid, there was no collaboration; it’s you with a camera bossing your friends around. But as an adult, filmmaking is all about appreciating the talents of the people you surround yourself with and knowing you could never have made any of these films by yourself.” –  Steven Spielberg

The most important job of a director is to assemble all the pieces on the set, and this does not mean mechanical T-rexes or fighter planes, this includes the actors, cinematographers, stuntmen, sound supervisors or special effects designers. It’s the director’s duty to appreciate each and every individual’s ability so that they can deliver their best. Spielberg has mostly operated on large scale budgets, and “large budget, more freedom” is a very misleading phrase. Sure it provides you the means to express your vision, but you have to understand that it’s not the director who carries that task out, in such cases. He has to dictate his thoughts and and effectively supervise the others to do that for him. Like an architect, a director has to express a framework, except there are no pencil and paper that can really be used to explain a film, and interdependence is a very serious aspect.