Directed by Akiyuki Shinbō and Nobuyuki Takeuchi, ‘Uchiage Hanabi, Shita kara Miru ka? Yoko kara Miru ka?’ (or simply ‘Fireworks’) is a beautifully-made complex romance sci-fi anime film. In the quaint town of Moshimo, high-schooler Nazuna Oikawa has discovered that she has to move away with her mother and her new fiancé. After her classmate Norimichi Shimada witnesses her first unsuccessful attempt to rebel against her mother, he ardently wishes that there was a way for him to help her.

His wish gets granted because the mysterious crystal orb that Nazuna earlier found in the ocean can seemingly revert time. ‘Fireworks’ is an ambitious film, rich with metaphors and artistic choices that are almost always abstract and surreal. The ending, when it arrives, is as ambiguous as it could have ever been. Here is everything you need to know about it. SPOILERS AHEAD.

Norimichi and his friends lead quiet lives in their heartbreakingly stunning coastal town, discussing apparently pointless things and fantasizing about their teacher. With the Moshimo Shrine Festival and the fireworks display slated to take place in the evening, Norimichi’s friends try to determine whether fireworks look round or flat when viewed from the side. Opinions differ, and inevitably, there is a wager.

Norimichi and his best friend Yuusuke decide to have a swimming competition while they are on pool-cleaning duties. Nazuna joins them on the condition that if she wins, the boys have to do whatever she wants. She does and subsequently asks Yuusuke, who comes second, to go to the festival with her. Despite Yuusuke’s repeated declaration that he has romantic feelings for Nazuna, he decides not to show up for their date and asks Norimichi to break the news to her. When he does so, Nazuna appears to be more resigned than angry. 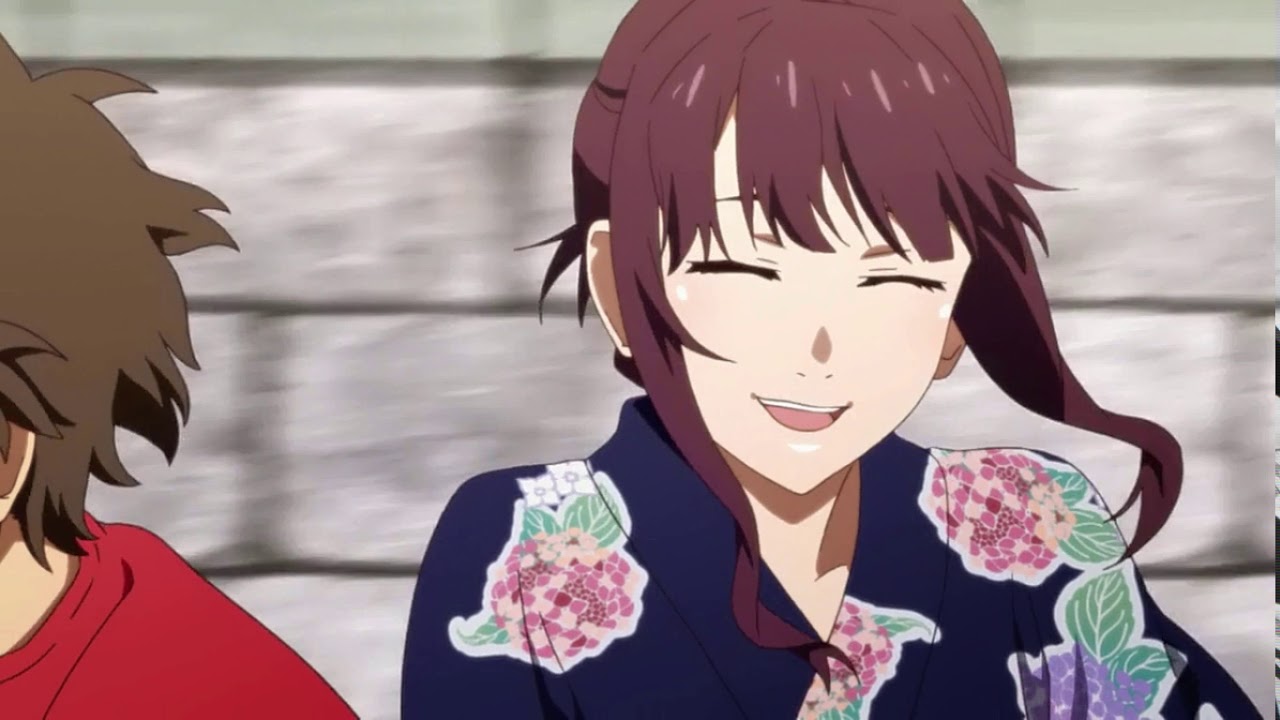 She reveals to Norimichi that she wanted him to win and accompany her when she ran away from home. When Nazuna’s mother catches her and drags her away, the young girl pleads to Norimichi to save her, and that basically sets the primary male character’s trajectory throughout the film. He finds the orb among Nazuna’s belongings and throws it away in frustration, wishing that he had won the competition against Yuusuke.

The core inside the orb burns bright with the word “If” (the English word for Moshimo), and the time reverts to when the race takes place. This time, Norimichi does win, and he and Nazuna try to elope together. However, her mother and fiancé catch them at the railway station, prompting Norimichi to wish for him and Nazuna to get on the train. When his friends and her family catch up to them, and an angry Yuusuke shoves them off the top of the lighthouse, Norimichi wishes for no one to see him and Nazuna. The time reverts again, and the train they are on takes them to a reality of their own choosing.

Fireworks Ending: Do Nazuna and Norimichi Stay Together?

The answer to the first question is quite complex as the two directors consciously leave much of the film’s ending up to the audience’s interpretation. After the third and final time Norimichi uses the orb, he returns to the train and ensures that his friends and Nazuna’s family don’t spot them. The train changes railway tracks and takes them to a strange version of their town, which seems to be enclosed in a colossal shimmering dome.

While making his wishes, Norimichi reverts time with the orb. He then makes different choices, creating new timelines. When he makes the first and the second wishes, his concerns are still minor. He believes that if he makes small adjustments, he will be able to save Nazuna. But his experience at the top of the lighthouse teaches Norimichi that he must ask for something drastic. His third wish earns him and Nazuna shelter in the suspended timeline inside the orb. The enclosed town where the young couple ends up is the orb’s macrocosmic representation. 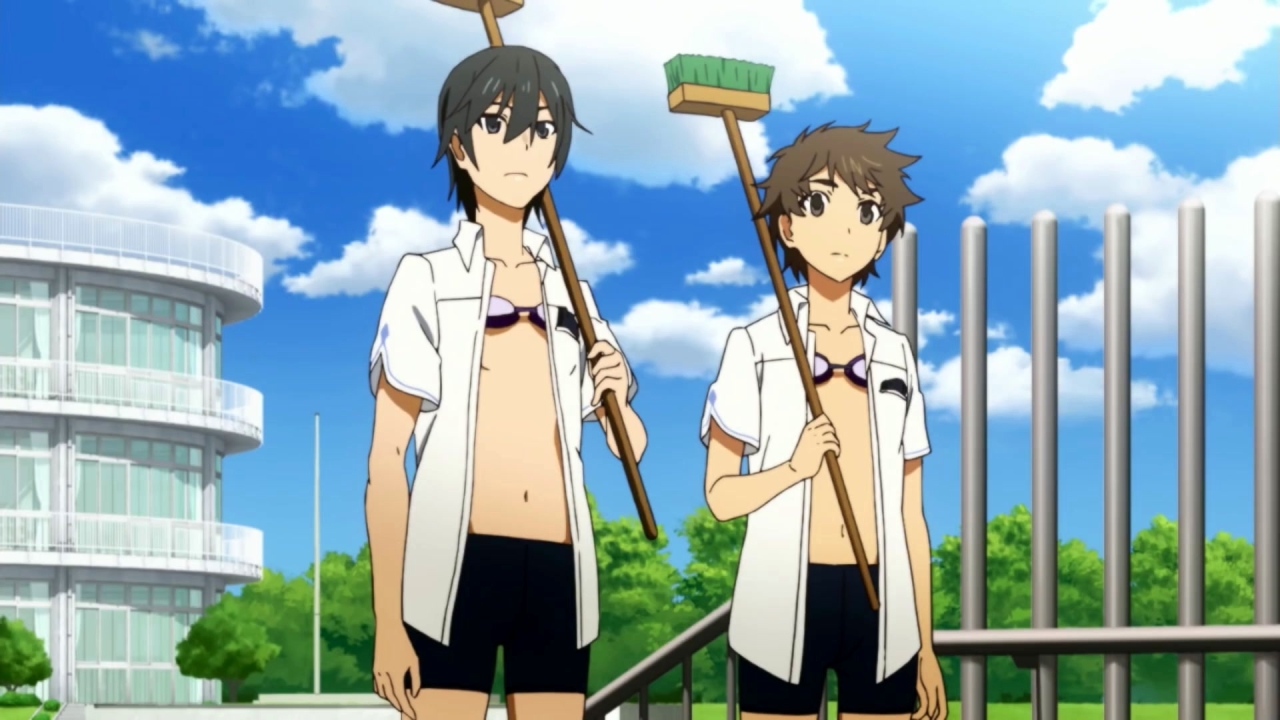 When the drunken pyrotechnician mistakes the orb for a leftover firework charge, it shoots upwards and explodes, and the dome shatters. As the shards start falling, Norimichi and Nazuna see the various possibilities for their future. Norimichi is especially drawn towards one particular shard, which shows the two of them in Tokyo together, just like they plan multiple times throughout this time-bending journey.

Although Norimichi earlier wanted to stay in this suspended world with Nazuna forever, he now realizes that isn’t possible. After the orb shatters, everything reverts to the original timeline. During the attendance call at the school, the teacher skips Nazuna’s name. She is clearly absent from class, and the teacher believes that she has left the town. But what surprises the teacher is that Norimichi is also absent. The film briefly shows Yuusuke, who looks particularly despondent, as if he is still nursing a heart-break. 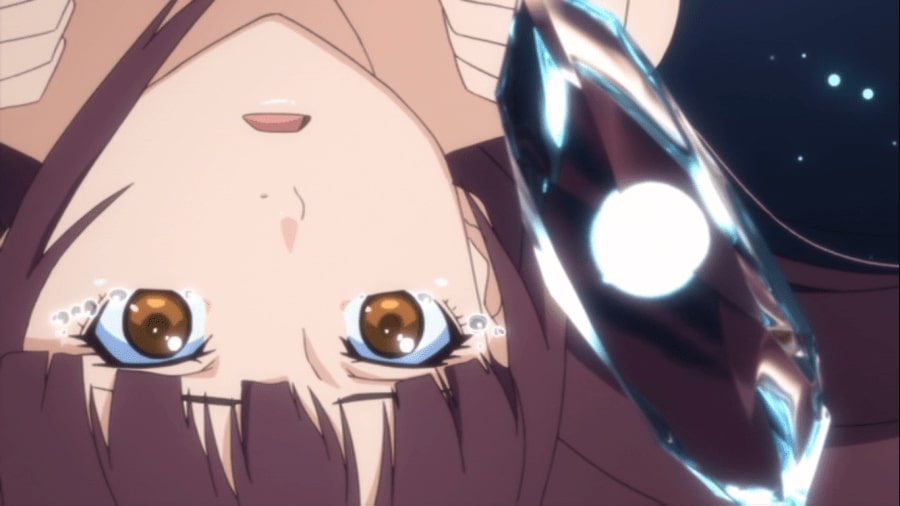 One possibility here is that Norimichi and Nazuna have successfully managed to elope together. If we were to consider the prologue of the film as an extension of the ending (because otherwise, the prologue looks extremely out of place), then we can accept the scene in which Nazuna asks, “Do I have to swim too? Norimichi-kun,” as part of the new reality that they have begun to create together. It’s a reality that is very similar to the one shown in the shard that Norimichi catches.

Conversely, Yuusuke, who also sees a future with Nazuna among the falling shards, doesn’t get to materialize it, as he consistently made choices that hindered any chance that he ever had with her. The second possible interpretation of the school scene is that Nazuna left the town with her family, and Norimichi has followed her. This interpretation doesn’t necessarily negate what the two of them see in the shards. Those moments can still happen when they eventually find their way back to each other.

What Is the Significance of the Fireworks? 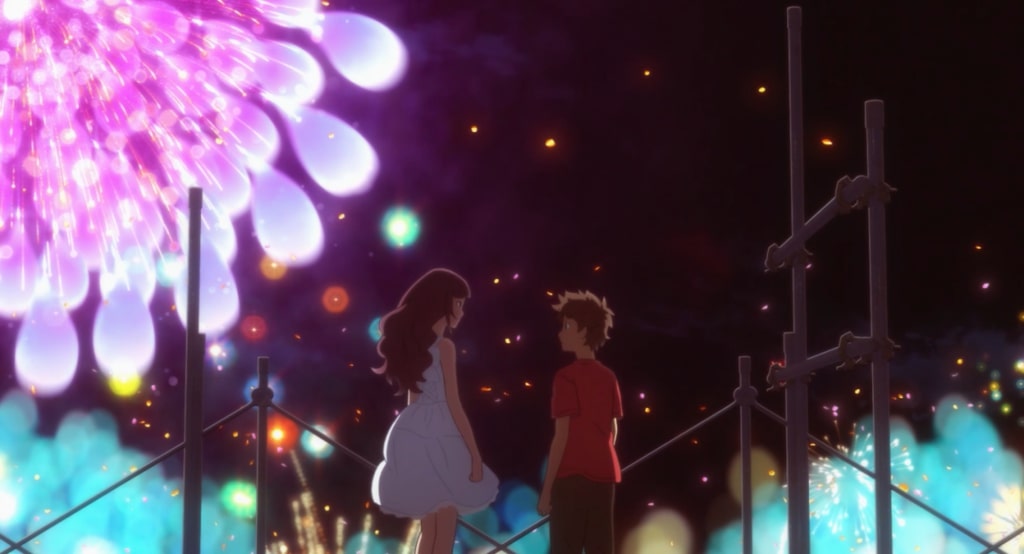 The wager about whether fireworks look round or flat while seen from the side serves as an important plot device in the film. When Norimichi sees flat fireworks, he realizes that he is in an alternate timeline. This is reinforced when he climbs the lighthouse with Nazuna and sees fireworks that look like kaleidoscopic plumes.

What Happened to Nazuna’s Father? 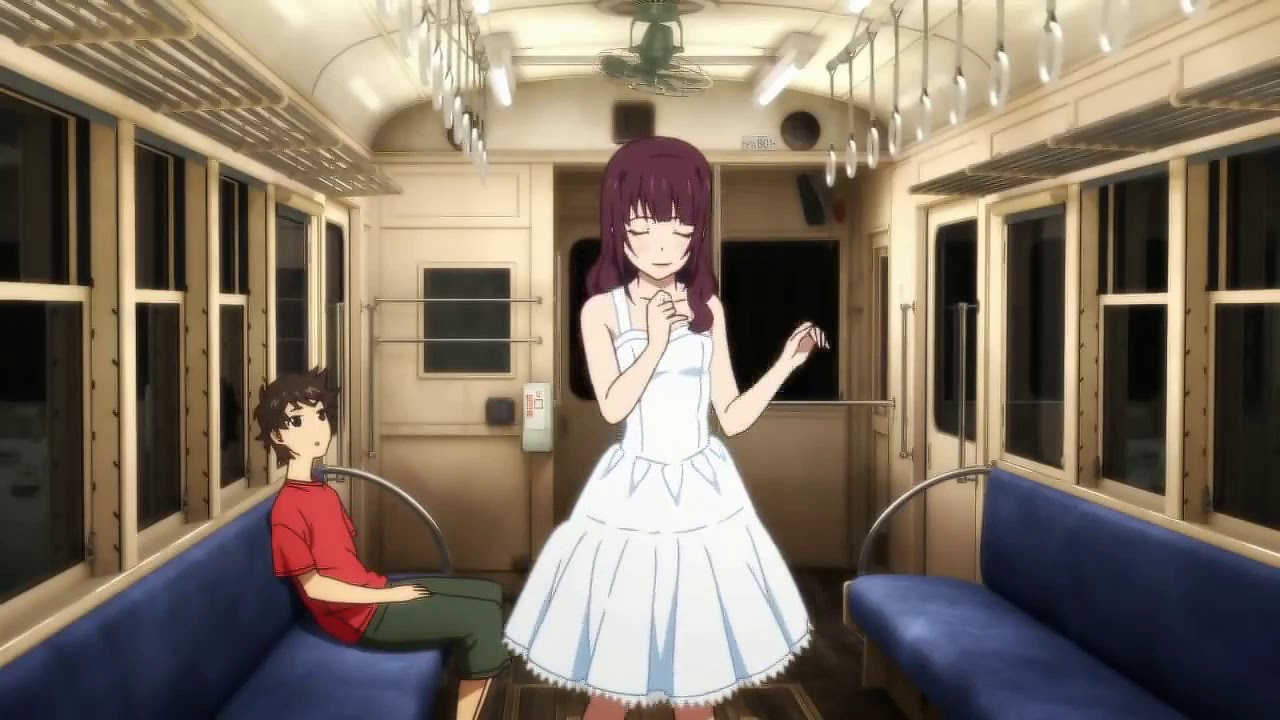 Elopement is another major plot device in the film. Nazuna’s mother left her first husband for Nazuna’s father and moved to Moshimo with him. After they had Nazuna, marital problems began to surface, and as Nazuna explains, her father disappeared one day. He likely used the orb to restart his life from a point he preferred. When he died at sea, he was clutching the orb in his hand. It ultimately made its way to his daughter.