Flavor of Love: Where Are They Now? Who Are Still Together?

Following a format similar to ‘The Bachelor,’ ‘Flavor of Love’ is an interesting dating reality show that revolves around rapper Flavor Flav’s search for a romantic partner. Each season of the show witnesses twenty women living together in a mansion in Encino, California, trying to win Flav’s affection. Elimination is based on several challenges as well as Flav’s own discretion, while the winner gets a chance to date the rapper exclusively.

Although the show only went on for three seasons, it was hugely popular and even paved the way for numerous spin-offs, such as ‘I Love New York,’ ‘Rock of Love,’ and ‘Real Chance of Love.’ However, there is still a lot of curiosity surrounding the winners’ lives, and fans are eager to know their present whereabouts. Well, here’s what we found out!

Where Is Nicole Alexander Now?

Introduced on season 1 of ‘Flavor of Love,’ Nicole Alexander was given the nickname “Hoopz” by Flavor Flav. Interestingly, prior to appearing on the show, Nicole was employed at the Detroit Metropolitan Wayne County Airport as a Transportation Security Administration Agent. Right from the beginning, Nicole seemed ready to take on the competition, and even Flav seemed quite fond of her. Throughout the course of the season, the two got close to each other, and Nicole was seen as one of the favorites in the competition.

Although Flav ultimately chose Nicole as the winner in the final episode, she shocked almost everyone when she mentioned that she did not love him. Subsequently, during the season 1 reunion, both Flav and Nicole confirmed that they had broken up. Following her split from Flav, Nicole went on to date and even got engaged to popular basketball player Shaquille O’Neal. However, that relationship did not work out, and the two parted ways.

Following her breakup with Shaq, Nicole also divulged that she was dating Pro MMA Fighter Ovince Saint Preux in the mid-2010s. Nevertheless, Nicole made a name for herself as a promising reality TV star and went on to be crowned the winner of ‘I Love Money’ season 1 in 2008. Besides, she has appeared in movies like ‘Ghetto Stories’ as well as ‘King Dog’ and is also known for Oxygen’s ‘It Takes a Sister,’ which follows the everyday lives of Nicole and her family members.

Interestingly, apart from her career in the entertainment industry, Nicole launched a wine collection and opened a clothing store, but as of this moment seems to be focusing on her career as a Digital Creator and model. Although the absence of a romantic partner is pretty apparent, Nicole seems to be currently living a wonderful life, and we wish her the very best for the years to come.

Where Is Chandra Davis Now?

Considered a fan-favorite cast member on season 2, Chandra Davis was nicknamed “Deelishis” by Flavor Flav. Davis came on the show with a desire to win and sought to build a connection with Flav from the very beginning. Even Flav appeared interested in her and seemed to reciprocate her feelings. Although Davis was picked to be the one most likely to win, there was a close competition between herself and season 1’s runner-up, Tiffany “New York” Pollard. However, Flav ultimately crowned Davis the winner. From the looks of it, the two were ready to embark on a promising relationship.

Unfortunately, fate had other plans as Davis and Flav confirmed they had broken up shortly after filming. Following the split, Davis went on to appear in season 3 of ‘I Love Money’ (which was later canceled). She even took up modeling as a career option and appeared in several popular hip-hop videos. At the same time, Davis was making waves in the music industry and currently has at least three popular singles to her name — “Rumpshaker,” “The Movement” and “Set It Off.” Additionally, she was also spotted in a minor role in season 5 of ‘Love & Hip Hop: Atlanta.’

Fans would be glad to know that Davis has since found love and is happily married to Raymond Santana Jr. The pair got engaged in 2019 and have built up an excellent relationship since then. Although they don’t have children together, Davis and Raymond are pretty close to their kids from previous relationships. At present, apart from advancing her career as a model, Davis has also turned her mind toward business, and we hope success never eludes her in the long run.

Where Is Latresha Hall Now?

Latresha Hall AKA Tresha and her twin sister, Trisha, appeared in season 3. Flav gave them the nickname “Thing 2” and “Thing 1,” respectively. Upon entering the show, Tresha wasted no time getting to know Flav, and the two seemingly got quite comfortable with each other. While Trisha got eliminated, Tresha managed to survive until the very end. Fans hoped that Flav would find the love he desired in his third attempt and were quite ecstatic when Tresha has crowned the winner. Initially, it seemed like Tresha and Flav were the perfect couple, and they even went on a trip to Benihana once filming wrapped. 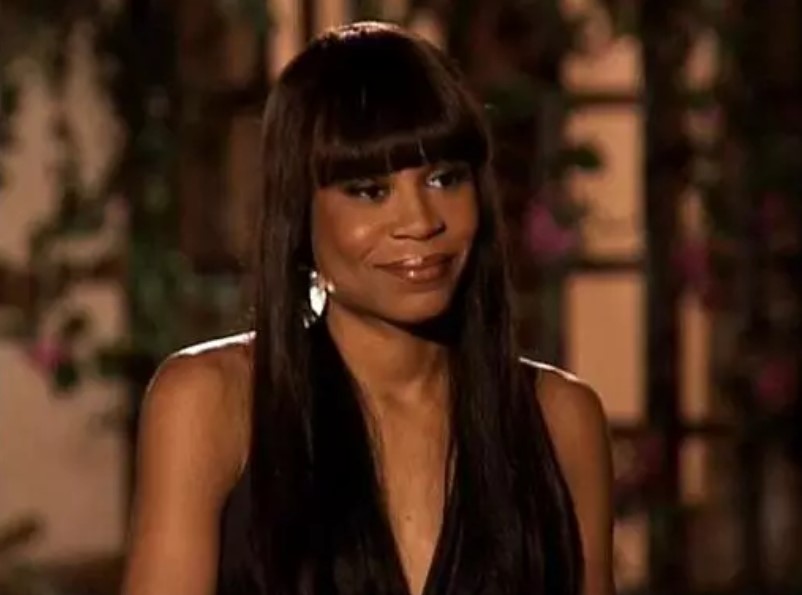 However, during the season 3 reunion, Flav addressed the matter of their relationship and claimed that he and Tresha were no longer together. He further stated that he wanted to marry Liz Trujillo, as he shares his seventh child with her. Since Tresha’s appearance in ‘Flavor of Love’ season 3, she has embraced a life of privacy and has a minimal presence on social media. Besides, she also prefers to keep her present whereabouts under wraps. Thus, we would like to respect Tresha’s privacy and wish her the best for the coming future.