Floor is Lava Season 1: Where Are They Now? 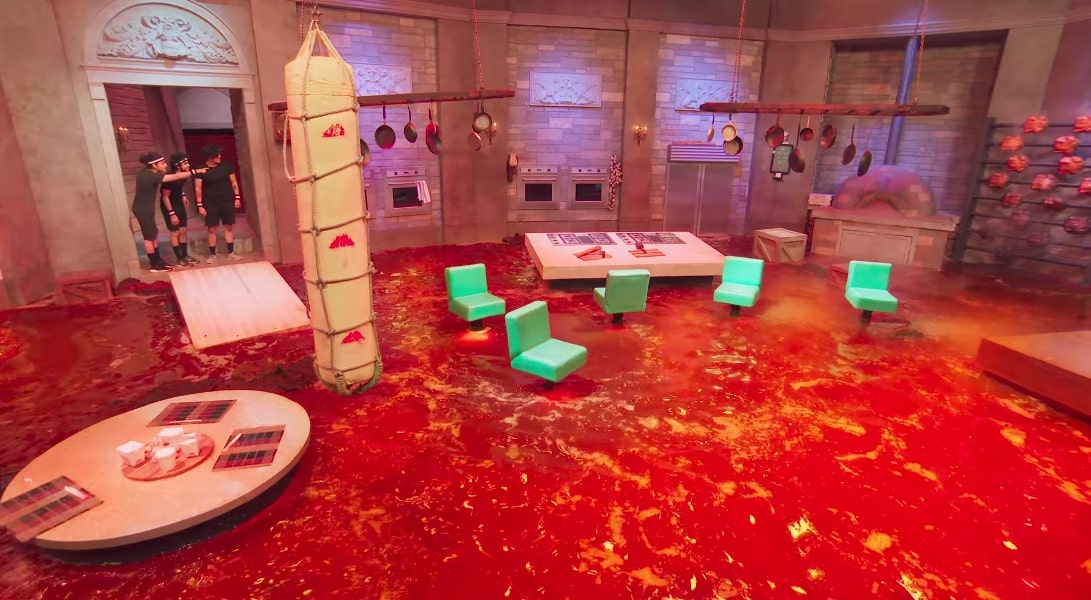 In what can only be described as the perfect blend of our favorite childhood pastime, ‘Wipeout,’ and ‘Legends of the Hidden Temple,’ Netflix’s ‘Floor is Lava‘ is as nostalgic as it is entertaining. After all, it essentially revolves around different teams as they attempt to navigate booby-trapped rooms filled to the brim with bubbling “lava,” not only to reminisce but also to win $10,000. So now that the second installment of this game show has made its way to our screens, let’s go back to the beginning and find out the current whereabouts of every season 1 winner, shall we?

Where Are Shadi and The Twins Now?

While Shadi was and still is a pilates-loving alpha mother ready to do anything for her young ones, her fraternal twins Talia and Bryce have grown up quite a bit from the teens they once were. Talia is currently pursuing a Bachelor’s in Business Administration from Tulane University, all the while running her food lifestyle brand That Girl Diet in the hopes of positively impacting others. Coming to Bryce, the part-time employee at James A. Graaskamp Center is enrolled at the University of Wisconsin-Madison, where he’s studying business as well, but with a major in Real Estate.

Where Are The Teachers Now?

If the name Ray, Rabi, and Lyndsey chose for their team wouldn’t have directly given their profession away, their mannerisms on the Netflix original certainly would have. These Northern California educators are actually co-workers at the Itliong Vera Cruz Middle School in Union City, with Rabi handling 8th Grade Core and Ray as well as Lyndsey teaching Science. From what we can tell, neither of them has let their win or COVID or any other aspect affect their daily experiences to an extreme, which means they’re still proud of their continued, meaningful careers.

Where Are Mama’s Boys Now?

Former UCLA college roommates, cousins Jordan and LaJuan, along with their close friend Jerrold, have done wonders in the past two years considering everything that’s been going on. While marketing and digital communications specialist LaJuan presently works as a project manager at the NAACP Hollywood Bureau, you can catch Jordan and Jerrold on HBO’s ‘Sweet Life: Los Angeles.’ The former is the founder of Hypland (a streetwear brand), whereas the latter seems to be curating a space for Black men to talk about their mental health openly. Jerrold is in a relationship with fashion designer Cheryl Des Vignes.

Where Are The Party Animals Now?

As three friends who met back in middle/high school, started working out and playing sports together at the age of 16, and love to party, LeHong, Alex, and Ryan had a perfect run on ‘Floor is Lava.’ Since then, though, it looks like Ryan has relocated to Washington DC, where he’s not only pursuing a postgraduate degree from The George Washington University School of Business but is also a Senior Manager for New Business Development at Walmart.

Moreover, Ryan is a freelancer at Hue, a Consultant for OneClickPolitics, and a board member of United Charitable, whereas LeHong has evolved into a Certified Athletic Trainer at PRO~PT. The latter is even studying for his Master’s degree in Kinesiology and Exercise Science from California State University-Fresno at the moment, but not much is known about Alex.

Where Are Total Package Now?

When cousins Bryceson, Guy, and Devon first came across our screens, they claimed they wanted to win the $10,000 to make each of their upcoming weddings the best money can buy. Therefore, we’re glad to report that all of them are now not only happily married but also proud fathers residing in different parts of California. While Ontario-based Bryceson is a National Recruiter for Planet Professional and is associated with YouKnowTheTruth Media, Guy is a singer, songwriter, and producer working out of Glendale. As for Devon, the Los Angeles local serves as the Senior Vice President of Visual Content & Production at Republic Records.

Where Are Alpha Betta Fish Now? 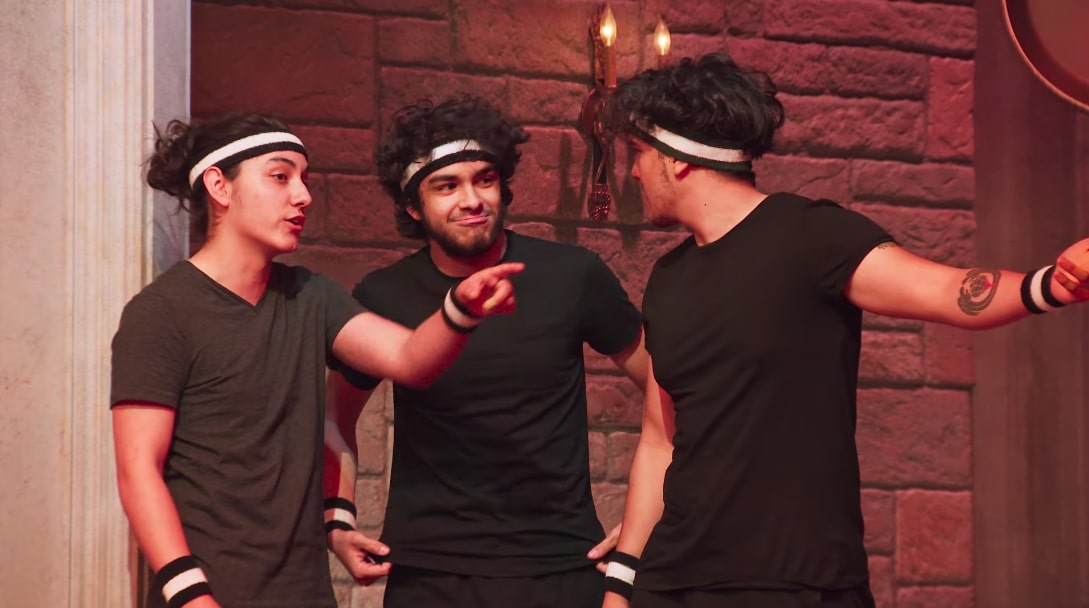 Alpha Betta Fish is a mock fraternity comprising three close friends and former college roommates — Nick, Adrian, and Christian — who admitted that this game has often helped them de-stress as adults. Their goal coming into this production was thus not only to have fun but also to earn some money for a ticket to visit family, take their wife on a honeymoon, and create a short film, respectively. Unfortunately, however, since we couldn’t find them on any public platform, it’s unclear where they stand today; we can only assume that they were able to accomplish their aspirations.

Where Are The Siblings Now? 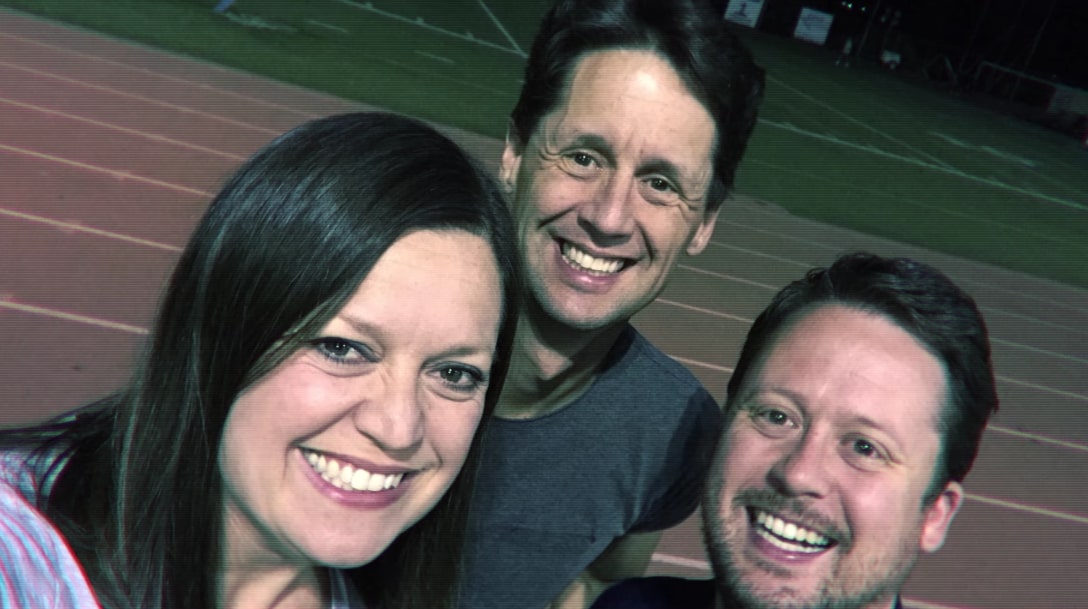 The Siblings are actual siblings who hail from a big family, with David being the eldest, Michael the youngest, and Stacy somewhere in the middle as the most level-headed of them all. The Californian brood admittedly had 30 grandkids amongst them, and while six descend directly from former all-American first baseman David, another six are Stacy’s children. David has none. Therefore, the active, athletic trio had entered this game show just for fun as well as some one-on-one bonding time, and it appears as if they now prefer to stay away from the limelight.

Where Are Retail Co-Workers Now?

As their team name suggests, Ariane, Karl, and Anna got close to each other while working a retail job, yet Anna was always “the mom of the group” because she was their manager and the third wheel. Today, though, she’s a world traveler, a TikToker, and a YouTuber while also serving as a Client Advisor at Louis Vuitton in Philadelphia, Pennsylvania. On the other hand, Los Angeles-based cosplayer Ariane is a student-teacher by day, a Twitch streamer by night, along with being a fashion model as well as a photographer. She and Karl are still happily together, and it looks like he has already made a name for himself as a professional photographer/artist.

Where Are The Climbers Now? 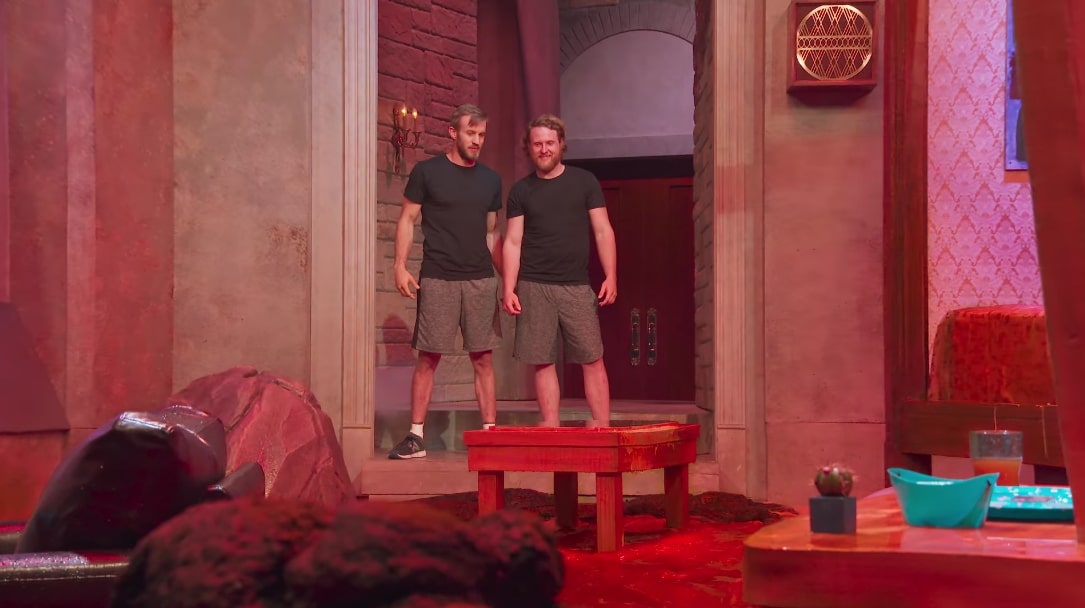 With their unwavering passion for sports like bouldering as well as rock climbing, Kendall and Austin are self-admitted “giant children” who “want to have fun, climb weird stuff, and just giggle” whenever possible. That’s why they chose to enter ‘Floor is Lava,’ where the balanced combination of their incredible teamwork, agility, and body control helped them earn the $10,000 grand prize. The thrill-seekers likely continue to work out in such a manner together, but we can’t be sure about their current personal or professional experiences due to a lack of their public online presence.

Where Are SD Babes Now?

Obsessed with everything wellness and social media, SD Babes Keara, Kayleigh, and Olivia are San Diego natives who met through Instagram and several local health-forward events. The latter is an abstract painter, wife, mother, and truth-seeker, whereas the former is a certified personal trainer, nutrition coach, and founder of the fitness organization Babes Who Sweat. As for Kayleigh, she’s the author of ‘Healing with Apple Cider Vinegar,’ founder and CGO of ClearStem skincare, a seed investor for various health-driven organizations, and the co-host of ‘The Podcast Connector.’

Read More: Floor is Lava: What is The Lava Made Of?