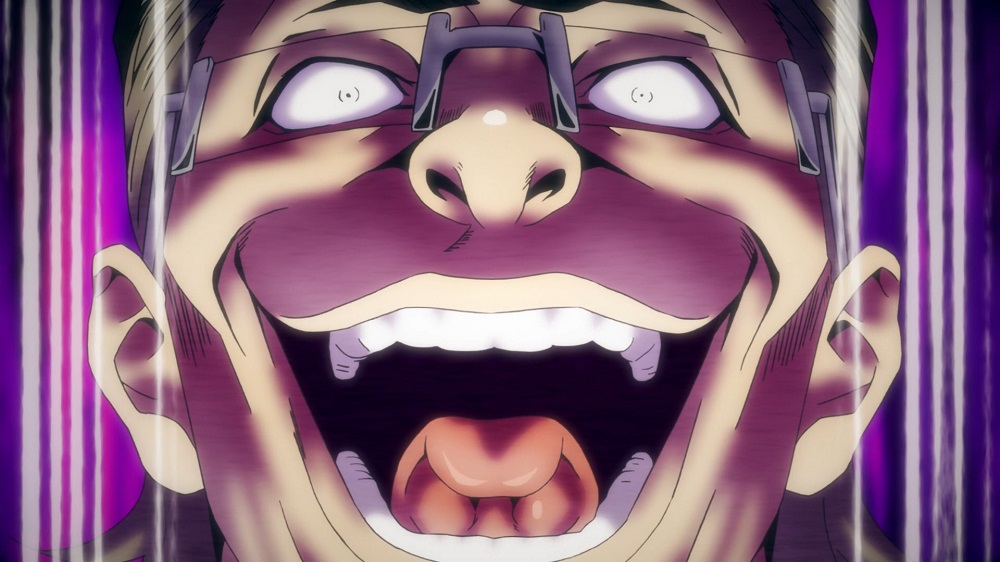 Season 4 of ‘Food Wars’ was off for a relatively good start as, from its very first episode, it kept us at the edge of our seats with the intense Shokugeki between the Elites and the Rebels. But what started off as a promising season, soon turned into a monotonous series of food reactions with no substance to back them up. Though most characters have been previously introduced in the show, many of them (especially Momo) lacked proper development and even in this season, no attempts have been made to further develop them.

Instead, this season, so far, has been all about out of pace battles which are followed by fascinating shounen metaphors and fanservice. Even the food explanations seem rather bland and not to mention, I’m really starting to miss the audience reactions of the previous seasons. But surprisingly, Episode 5 has been able to show some reassuring improvement compared to its predecessors and with this, my faith in ‘Food Wars’ has been restored.

Episode 4 left us in the middle of the three upcoming bouts where Megumi’s battle against Momo was being highlighted. This episode starts off with the results of the battle where Megumi does manage to get one pity vote but still ends up losing against Momo. With this, Momo stops looking down on her and even calls her by her real name instead of a cute nickname. Megumi begins to cry but her efforts are very well appreciated by others. Now, the third bout entirely rests in the hands of Takumi and Soma.

Takumi shows some incredible culinary skills and prepares mouth-watering Shigureni out of his beef. However, his opponent, Eizan, seems to have planned something even better. He makes roasted beef and tops it up with a sauce that includes artichokes. Basically, his plan is to bitter down the taste of his dish in such a way that Takumi’s dish, in contrast to his, comes off as excessively sweet. As planned, he finishes off his dish first and serves is to the judges. With just one bite of his dish, they completely lose themselves in its overwhelming flavors and call him the Alchemist who has won their hearts by creating the perfect “illusion of flavors”.

At this point of time, it seems like Takumi has already lost the battle and stands no chance against Eizan’s genius strategy. However, to everyone’s surprise, he had previously anticipated all of Eizan’s move and unbeknownst to him, he had always been one step ahead. He pops out his sizzling pizza out of the microwave and proudly flaunts his half-cheese half-Shigureni pizza. While he proudly plods towards the judges with his dish, the Rebels get really wary about how plain his pizza looks.

But that’s when the judges take a bite of the Shigureni side of his pizza and realize that Takumi has indeed outdone himself. After predicting Eizan’s approach, Takumi had wisely made his dish less sweet by adding Yuza Miso sauce to his pizza. This sauce not only adds a tangy flavor to his dish but also compliments the after-taste of Eizan’s beef. Unanimously, after tasting the other cheesy side of his pizza, the judges announce Takumi’s win and now Soma most pull-off something similar.

Pretty much like all the episodes of this season, Episode 5 takes a formulaic approach which is followed by a montage of judge reactions. However, what makes it the best episode so far is how it ingeniously explains all the dishes. It also starts with Megumi’s loss against Momo which is quite a surprising outcome. There is also a substantial improvement in the animation quality but what still bothers me is its unnecessary close-ups of character expressions.

Apart from that, Episode 5 also uses some never-seen-before metaphors to represent the opinion of the judges in context with the food. There’s one reference where the judges call the two chefs magicians and claim that they have created an illusion they cannot explain. The anime then shows a visual representation of this where, just like Houdini, the two male judges trap themselves in a barrel and jump into the ocean. I can’t tell if this is downright mindless or absolutely genius; probably both.

When it comes to the characters, Momo just fades into the backgrounds after her loss and as a viewer, you are forced to empathize with Megumi, who always gives her everything but still fails to win. But it’s also good to see that she finally showed her true potential to everyone. Eizan is a likable antagonist because, despite his evil wit and charm, he overanalyzes things at times and makes critical mistakes.

Another aspect that made this episode truly enjoyable was the structure that it followed to portray Takumi’s win. Unlike the previous battles of this season, instead of treading a very linear path, it initially makes you believe that Takumi stands no chance at winning the bout. But then, Takumi steals a march on Megumi and proves that he is easily one of the smartest members of the Rebels. Overall, though the series still needs to work on certain elements—especially the tedious structure of the episodes—I appreciate the fact that it is atleast making some progress.