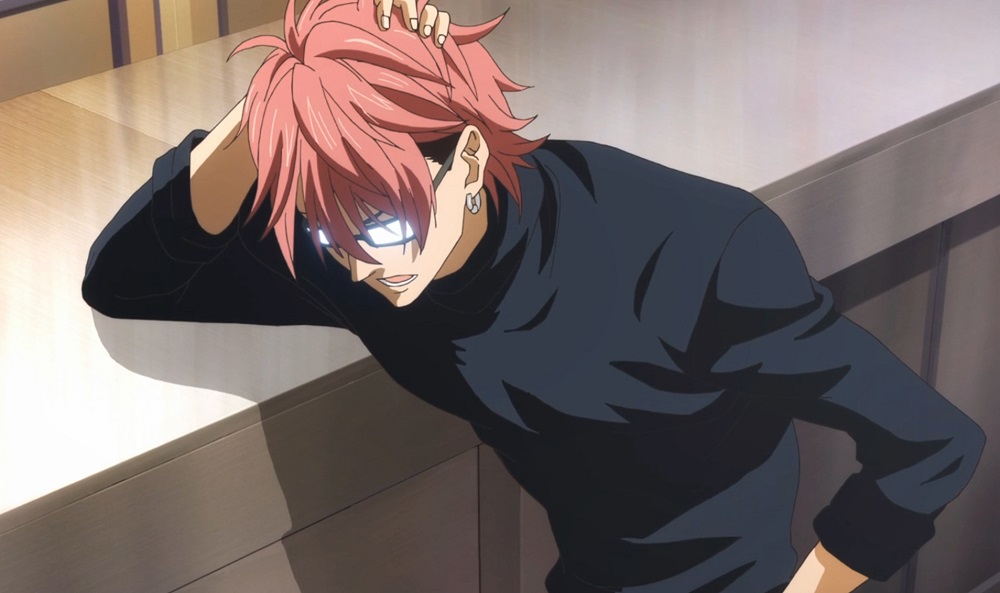 While I do understand that ‘Food Wars‘ is supposed to be an anime that entirely focuses on exquisite cuisines and irresistibly delicious dishes, it’s really disappointing to see how the series has literally made no progress since Season 3. The first two seasons, just like the present one, did involve shounen food battles, fan service food reactions and of course, some incredible out-of-this-world dishes. But what made those seasons so great was the build-up that led you to all the battles.

So far, it seems like Season 4 is turning to be exactly like its predecessor where, for twenty whole minutes, as a viewer, you only get to see a fixed chain of events where the two opposing teams confront one another in the storeroom and then this is followed by a flashback where the Rebels train under the shadow of some long-forgotten MasterChef. Then, of course, a fierce battle ensues between two of the main characters and the episode ends with a cliffhanger that just forces you to stay for more.

At this point, I won’t deny that it’s these cliffhangers that are making me stay because the rest of the show dribbles with monotony. But then again, even with shows like ‘The Seven Deadly Sins‘, I was a bit too nimble about forming my first impression about its entire recent season but with each episode, my opinion is starting to change. Hopefully, soon enough, even ‘Shokugeki no Souma’ will be able to revive itself.

The previous episode toned down a little and instead of focusing on the Shokugeki, it emphasized more on the development of some characters and primarily threw some light on the upcoming battle between Megumi of the Rebels and Momo from the Elites. As hinted in the previous episode, this one starts off with Megumi’s backstory where Shiromiya, a renowned chef, called her a novice at cooking. But desperate times call for desperate measures and in order to defeat Momo, Megumi will have to pull off something extraordinary.

The third bout of Shokugeki commences and this time around, Saito will be competing Soma with “butter” as their theme; Eizan will face Takumi in a “beef” themed battle; and finally, Megumi will lock horns with Momo—the master of sweets—in an “apple” themed battle that is seemingly in Momo’s favor. With a flashback, it is revealed that Soma arranged a meeting between Megumi and Shirmiya and asked him to train her for the next battle. At first, Megumi starts completely breaking down under all the pressure and expectations that are being held against her. In the storeroom, Momo even gives her a “cute” nickname which basically implies that she is looking down on her.

But under Shiromiya’s guidance, Megumi proves that she may be a slow learner but she’s still bright in her own unique way. In the present events of the Shokugeki, Momo unsurprisingly brings an intricate dish to the table which smells and even looks like a bouquet of roses but is actually an Apple tart. Just the fragrance of the dish is enough to blow away all the judges and some of them even start hallucinating themselves in a distant fairy tale land.

In contrast to this, Megumi’s simple traditional Dorayaki seems bland in appearance, but that’s only till the judges taste it. Her “Monte Au Beurre” turns out to be the perfect blend of apple and butter and the teamwork of the Rebels starts paying off. The episode ends with a cliffhanger where with an unexpected turn of events, Megumi’s dish turns out to be in par with Momo’s and might eventually land her a win.

Starting off with the storyline, there is something seriously off about the pacing of this season. The first two episodes were way too brisk with their cook-offs and judge announcements and the third one was rather lethargic with its approach. Episode 4 shows some promising improvement in context with its pace but again, it offers nothing distinctive and is all about fifteen minutes of foodgasms, motivational flashbacks, and witty training montages. So far, the plot is barely making any progress which in turn is also affecting the overall development of most of the characters.

Speaking of characters, it’s good to see how Megumi has come so far from being the amateur chef that she used to be. In my previous review, I also expressed my concerns about how Soma was being snubbed in the background and his hold as the leader was being ignored. But in this episode, Soma retains his previous role and makes sure that Megumi gets all the help that she needs.

While the metaphorical shounen visuals are a common occurrence in most of the episodes, this one made them quite enjoyable by reflecting Megumi’s history as a sports star, especially the one where she uses apples as boxing gloves to knock out the judges with the dainty flavors of her dish. It finally ends with a cliffhanger where Megumi’s dish gets better with each bite and she even stands a chance at winning the bout against Momo. Looking back at the Shokugeki between Tsukasa and Kuga, which was fairly predictable, I was not expecting Megumi’s bout to go in this direction. So it looks like Season 4 is not all that predictable after all.