For All Mankind Season 2 Episode 2 Recap and Ending, Explained 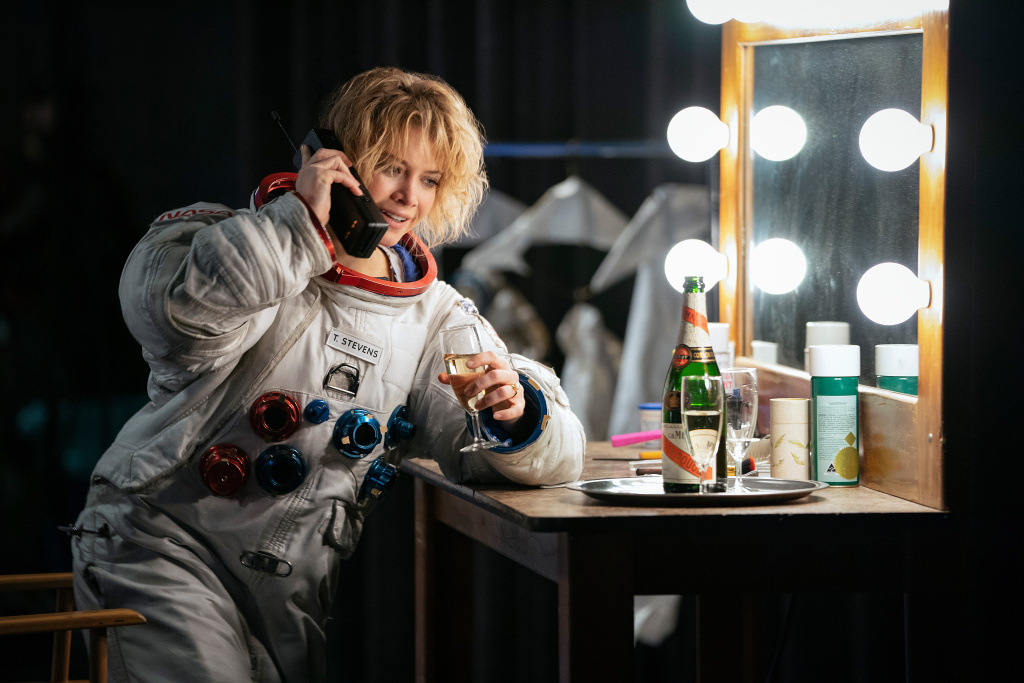 NASA has successfully completed its mission of landing the Perseverance Rover on Mars. Celebrated as one of the most important achievements in space research, the Mars landing is an epoch-making moment. What if we decide to rewind time and delve into the developments leading to this program? Well, we have the series ‘For All Mankind’ doing that for us. Even if it deals with an alternate history where situations are transmuted from real happenings, it depicts the aspiration of NASA, being the topmost space agency.

Episode 2 of its second season talks about the developments of NASA’s Mars mission in the face of an ongoing Cold War with the Soviets. As the narrative progresses, we learn more about the effects of past developments on its lead characters. Let us delve into the episode’s nuances to have a better look. SPOILERS AHEAD.

For All Mankind Season 2 Episode 2 Recap

After the massive solar storm, Ellen decides to leave the Jamestown base for Earth. Accompanying her is Wubbo, the Dutch astronaut who was caught in the solar storm. Molly lies about the situation in which she saves Wubbo — she hides the fact that she was exposed to the harmful proton radiations. Despite Molly’s strong disapproval, Ellen takes her back to Earth as she doesn’t want to exacerbate Molly’s health. Back at NASA, Margo Madison is informed that the solar flare has damaged fuel rods in the Jamestown base, which needs to be replenished soon.

She wants the next Sea Dragon launch to carry the requisite supplies but is met with bureaucratic hassles since Pentagon needs to approve of the mission. Tom conveys the President’s wish to conduct a “handshake” between a Soviet cosmonaut and an American astronaut in outer space: a show of solidarity in the wake of growing animosity between the two countries. Ellen is assigned the role of Deputy Administrator at NASA, and her first meeting is regarding the budgetary sanctions. Authorities want to divert funds from the Mars mission, to which Ellen objects.

Meanwhile, Tracy has an awkward conversation with Ed regarding Gordo Stevens, who is reeling from the developments in his life. Gordo stages a homecoming for his son Danny, who returns from his stint in the Navy. The family reunites, but it leaves Gordo in a sad state. He is unable to come to terms with his past and confides in Ed. On the other hand, Molly desperately tries to alleviate Ed’s concern that she had exposed herself to the solar storm. In a briefing conducted for the astronauts, Ed declares the astronauts’ names who will be a part of Jamestown’s new crew.

For All Mankind Season 2 Episode 2 Ending: Why Does Ed Choose Danielle and Gordo?

Danielle, Ed, and Gordo meet together in the Outpost Tavern and share some intimate moments regarding their past journey. Danielle is finding it difficult to assimilate to her husband’s death and explains her wish to go back to space. She wants to relive the old moments as they can provide a conduit to channelize her grief. 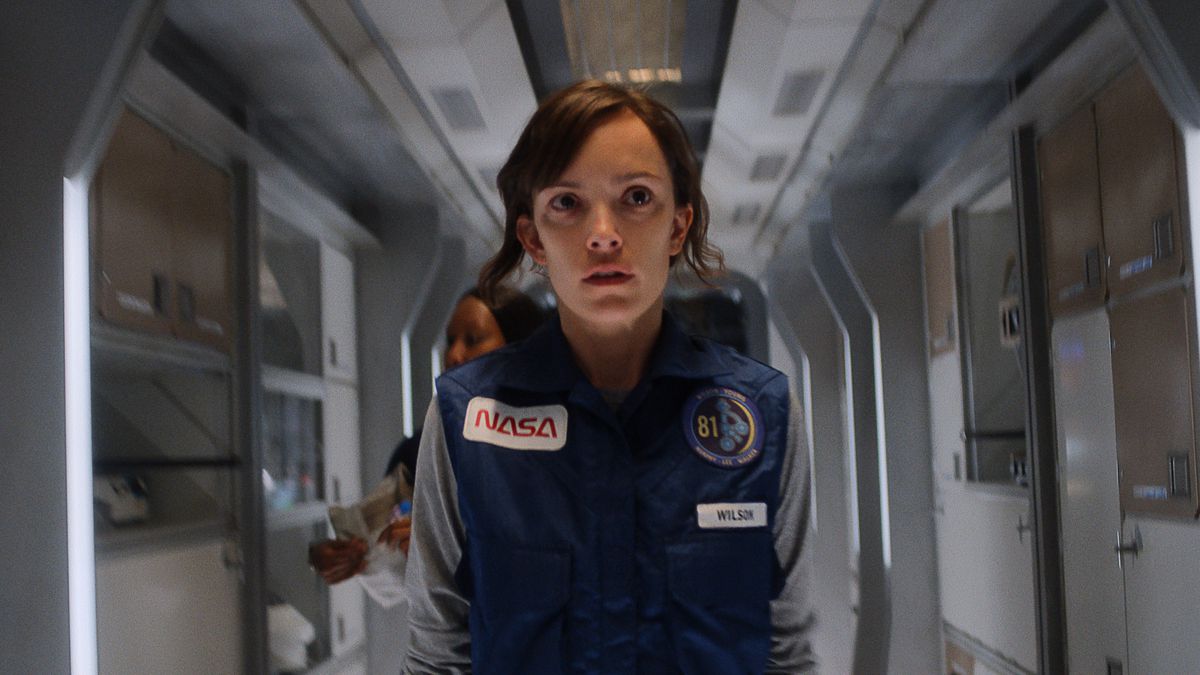 On the other hand, Gordo doesn’t want to go back as his stint in Jamestown had a deep psychological impact on him. Danielle and Gordo have different approaches, as outer space becomes a relief for one and a trauma for the other. Ed essentially regulates the selection of astronauts, and it is his decision that determines his friends’ fate.

In the end, he announces Danielle’s and Gordo’s names for the next mission. As expected, there are distinct emotions on both their faces. Ed wants to give Danielle an opportunity to stabilize herself by giving her the chance to do what she was trained for. He believes in Danielle and knows that she has the strength of mind to venture into space despite the problematic events of the past. 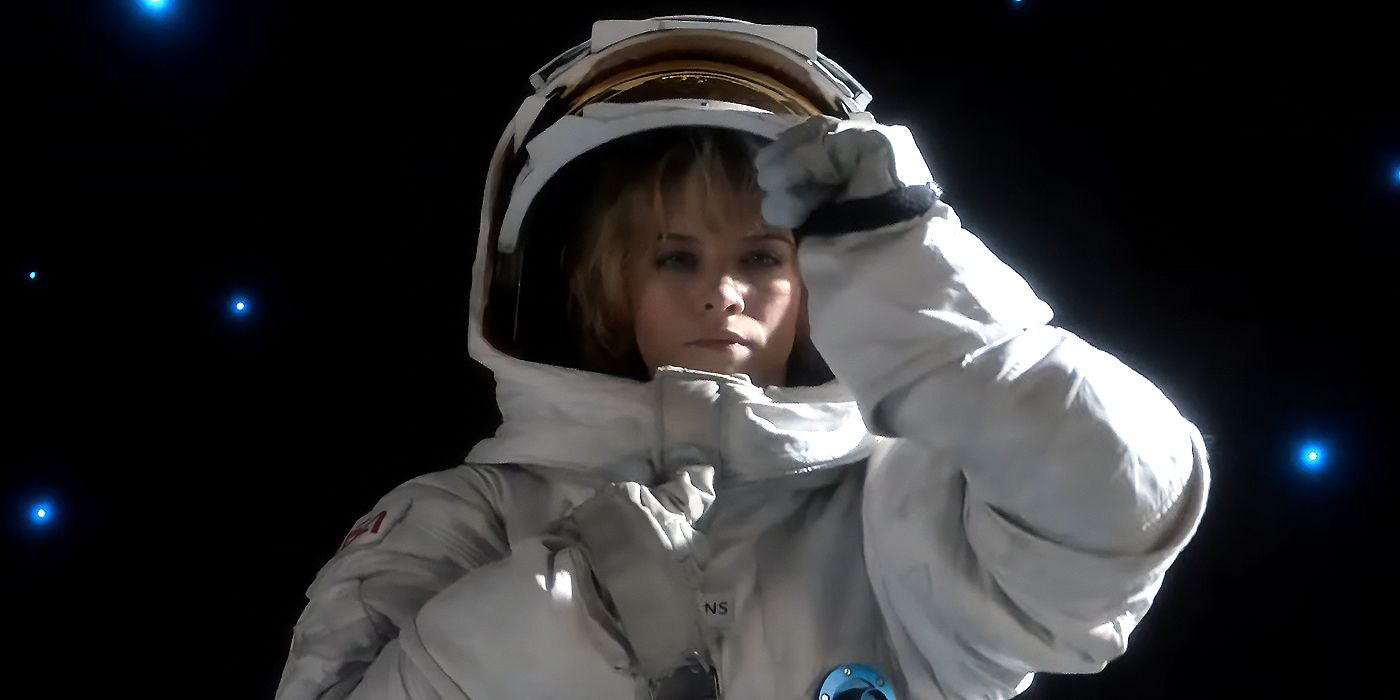 One of the most poignant scenes of this episode is when Gordo breaks down in front of Ed and delves deep into his mental condition. Gordo doesn’t have the self-confidence and has to maintain a charade of being the “American Hero,” which he clearly doesn’t recognize in himself. Ed wants Gordo to retain confidence and pushes him in front of his fear. Gordo doesn’t want to go back to space, but Ed holds his stance and doesn’t heed Gordo’s disapproval.

Why Does Molly Get Angry at Wubbo?

Ever since the fateful solar storm, Molly has to deal with the developments that can alter the course of her career. Firstly, she hides the fact that she was exposed to the storm. Even when Ed has a suspicion regarding the truth, she is able to pacify him. Her interaction with Wubbo is the proverbial last straw. Molly is miffed at Wubbo for leaving the program because he wants to spend the remaining days with his family. Molly tells him that the future is uncertain and he should not give up. In essence, Molly’s heroics stand nullified in the face of Wubbo’s departure. Perhaps, this is why she blurts out things in a disapproving tone.

Even in the face of a life-threatening situation, Molly tries to keep her head high and doesn’t want to be subjected to sympathy. Molly’s actions stem from her staunch belief system and the innate confidence that makes her the first woman to land on the moon. Interestingly, the episode sets a contrast between Gordo’s and Molly’s characters, who have faced dire situations in outer space. Molly’s conviction is on the opposite side of Gordo’s self-loathing. As the narrative progresses, these contrasting character arcs will develop further, hinged on the effects of future space travel.