For All Mankind Season 2 Episode 4 Recap and Ending, Explained 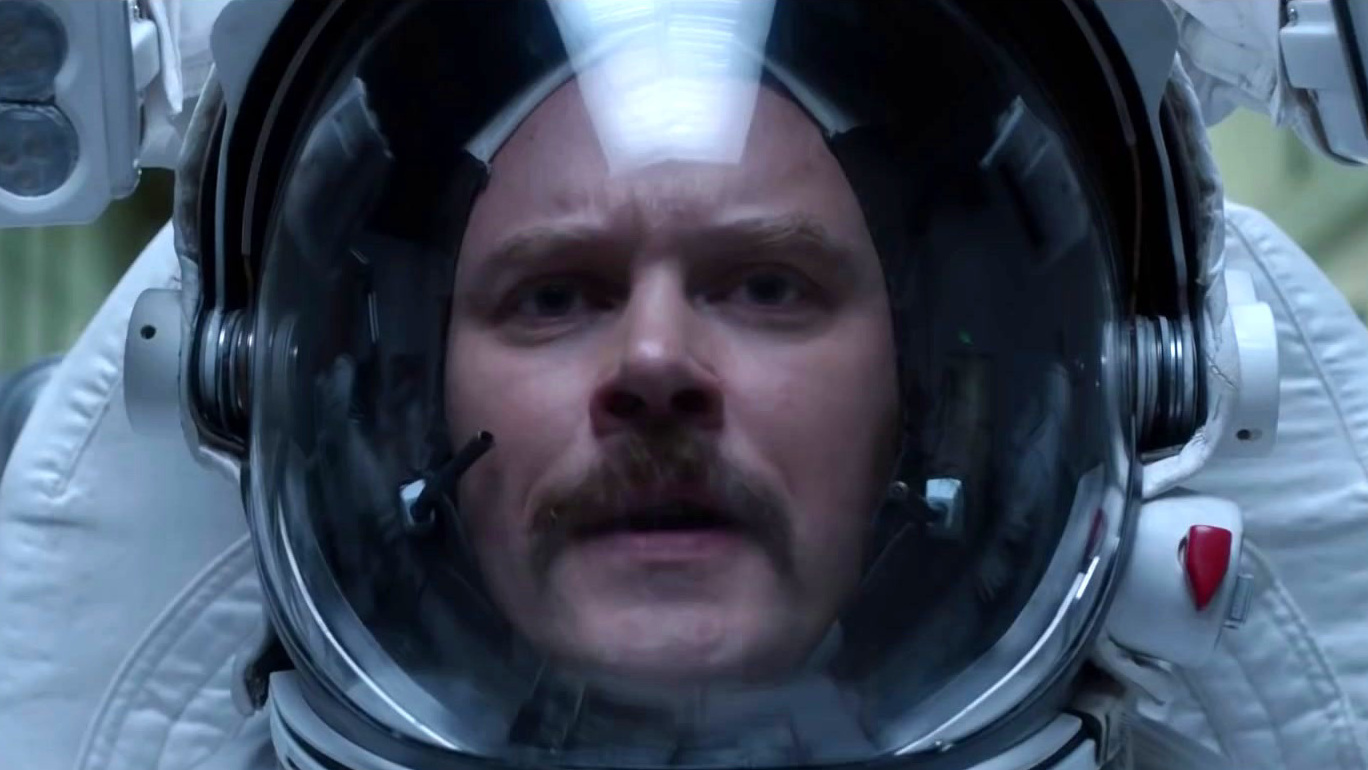 Certain events in our past refuse to be situated in the annals of memory. Situations push them out, leaving us in a continued state of introspection. Episode 4 of the second season of ‘For All Mankind’ explores this position through their lead characters’ lives, especially Ed, Gordo, and Danielle. The astronauts long to relive their storied pasts, but they have to navigate through its repercussions. Episode 4 is a poignant reflection on the previous season’s happenings and how they fit in the current situation. Let us have a detailed look at the narrative. SPOILERS AHEAD.

For All Mankind Season 2 Episode 4 Recap

Karen prepares breakfast for Ed after the eventful night, where they both had to go through their traumatic past. She understands that Ed longs for a space flight and tells him to command the Pathfinder mission. Initially surprised, Ed accepts this change of disposition and places himself as the commander of the mission. With the Chief of Astronaut position lying vacant on his eventual departure, Ed reaches out to Molly to take up the post. 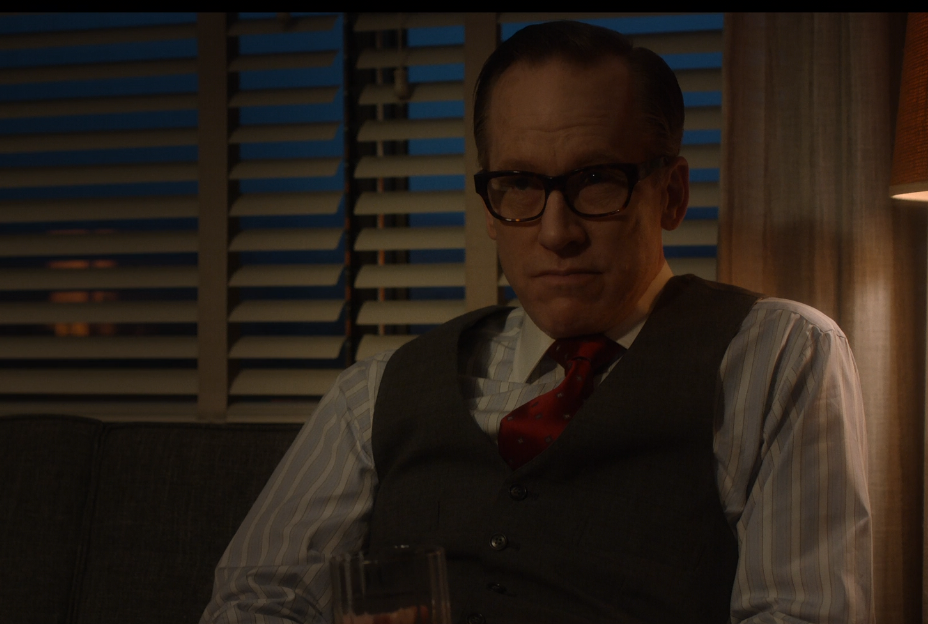 Gordo has trouble while putting on the suit as he loses his composure for a few moments. Slightly shaken, he divulges the news to Ed and Danielle in the Outpost Tavern. Danielle later finds out that Clayton had been subjected to racial discrimination in the army. He wanted to serve the country, but the discrimination proved too much for Clayton. Meanwhile, Ellen and Thomas Paine have a hearty talk — Thomas talks about his love for space and that he is not just a “lackey” for the ruling governments.

Danielle expresses her desire to command a mission since no astronaut of African-American descent has been accorded this opportunity. The Soviets agree to a joint mission, and the NASA top brass decides to send in the Apollo spacecraft and put Danielle in charge of it. Ed selects the astronauts for the Pathfinder mission. In the end, Gordo has to face his deepest fears before starting his training for the next mission.

For All Mankind Season 2 Episode 4 Ending: How Does the Initiation into Space Flight Affect Ed and Gordo?

Both Ed and Gordo are initiated into space flight after a considerable span of time. Gordo’s mental breakdown in the Jamestown base has had a severe impact on his personality. On the other hand, Ed’s self-imposed restrictions on space missions stem from his promise to stay with his family even if he has to sacrifice his desires. However, Ed decides to put him in charge of the Pathfinder mission at the behest of Karen. Finally, both men move towards their own calling. While trying on the spacesuit, Gordo’s claustrophobia kicks in, indicating that he has yet to gain control over his past. 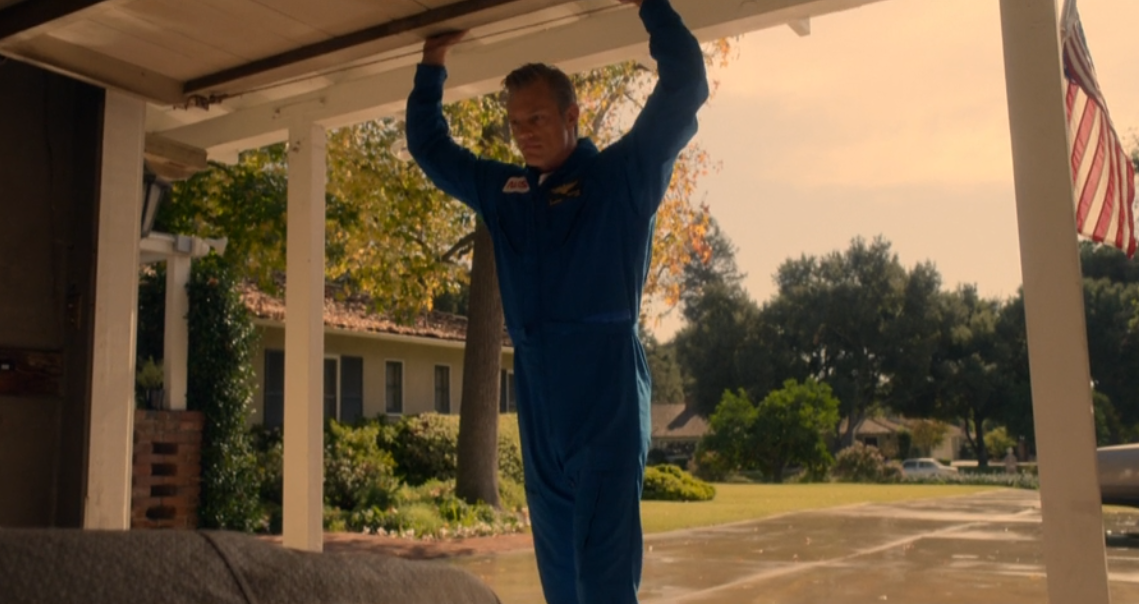 In the end, he is visibly flustered when he sees ants on his Pepsi can. The thin line between hallucination and reality breaks down as Gordo is reminded of the Jamestown base’s situation — the visuals of red ants triggered his breakdown. The new opportunity proves difficult to cope with, but Ed persuades him by hitting at his ego. Before their flight training, Gordo is reluctant to go forward as the red ants haunt him. But the ants are real. This semblance of reality, along with his maimed ego, pushes Gordo to prove himself, which he does with considerable ease.

However, during their mid-air maneuvers, Ed’s aircraft catches fire at the tail end, which prompts him to eject. This might be a technical glitch, but it indicates the constant threats and the zero margin of error that space operations demand. This event serves to remind us of the reasons why Ed grounded himself to a desk job. Initially, he is elated to change his career, but the technical fault mid-air and the ensuing ejection might affect Ed’s decision to command the Pathfinder mission. A narrow escape from fatal danger explicates the constant threat of collateral damage that Ed has evaded for long.

Why Does Danielle Want to Command the Space Mission?

Danielle is taken aback by the revelations about Clayton. The racial discrimination he had to face in the aftermath of Martin Luther King Jr.’s assassination probably pushed him towards the end. Danielle feels that her race is a matter of tokenism, and her service has been constantly undermined. Her sacrifice in the Jamestown base is known to few, but the consensus points to her incompetency.

Even Thomas Paine believes so, despite being the one to handpick Danielle as an astronaut. Gaining command of a mission is a path to salvation that will usher in a new attitude towards the African-American community. She is accorded the opportunity to command the joint space operation between the Soviets and the Americans. Still, it can be deduced that the opportunity is to project the developments on the social front as NASA is reluctant to reveal its technological expertise.

General Bradford says that if an African-American commands the mission, it will assuage the criticism regarding racial discrimination. Danielle unveils the old Apollo spacecraft in one of the scenes, which is juxtaposed with Pathfinder’s uncovering. Both Ed and Danielle are proud of their achievements and new missions, but we can’t ignore the stark contrast between the two situations. Both the moments can be read as politically motivated — Apollo as a stamp of social growth and Pathfinder, a show of technical advancement. Notwithstanding the dissonances, Ed and Danielle do find a novel purpose to rejig their lives.