For Jojo Ending, Explained: Do Jojo And Daniel Get Married?

German filmmaker Barbara Ott helmed ‘For Jojo,’ a German-original bittersweet chick flick painted with a serene indie ambiance. The narrative chronicles the intense friendship between lifelong buddies Paula and Jojo. When Jojo’s impending marriage threatens Paula with losing her companion, Paula must think of a way to break the union. While she cannot possibly change Jojo’s mind on her own, Daniel, the would-be husband of Jojo, presents Paula with some options. Although the finale is well-rounded, it is also open-ended, making room for several questions. Let us probe further if you seek to understand the outcome in greater detail. SPOILERS AHEAD.

Jojo lives a single life with her BFF, roommate, and kind-of wife, Paula. After flunking the finals of her graduation, law student Paula did not amount to much, according to some. The girls, on the brink of their extended teen life, are on a casual sex spree, but the fun must come to an end. Jojo gets a job in Mexico, meeting Daniel back from the island where she was brought up at the airport. During Jojo’s tour, Paula is miserable to see her with Daniel.

Upon returning, Jojo divulges to Paula that she and Daniel are getting married. They return to the island, which Paula calls “Shitsville,” out of her bitter memory. On the island, Daniel takes Jojo and Paula out for lunch. In the diner, Daniel encounters his “ex,” Ellin. Paula is not interested in Daniel’s friend, Janosch, and she thinks that Daniel is hiding something. As a protective angel, Paula is willing to go to any length it takes to keep Jojo out of the company of dubious men.

For Jojo Ending: Do Jojo And Daniel Get Married? Why Not?

As Jojo and Daniel return from the Mexico trip together, Paula loses her calm. She does not expect them to hang out together still, causing a scene in the middle of the road. Paula wants to know why Jojo returned from Mexico. After persuasive interrogation, Jojo divulges that she and Daniel are marrying. Paula tries to make Jojo understand that she is making a wrong decision, but Jojo sticks to her decision. Jojo is even ready to move from Berlin to the island community, where she spent most of her childhood. Despite Paula’s lack of interest, she tags along with Jojo for not having something better to do.

Although the marriage seems final, Paula maintains from the beginning that Daniel is not a good match for Jojo. We initially think of it as Paula’s jealousy, but further probing unearths some pertinent truths about Daniel. One day, Daniel takes Paula and Jojo out for lunch, hoping to introduce Paula to his friend, Janosch. Out of the blue, Daniel meets Ellin at the eatery. While Janosch primes the group by saying that Ellin is Daniel’s ex, Daniel still says sorry to Ellin. Paula is fast to catch the minor detail. It leads her to the conclusion that Ellin must know something about Daniel that they do not. 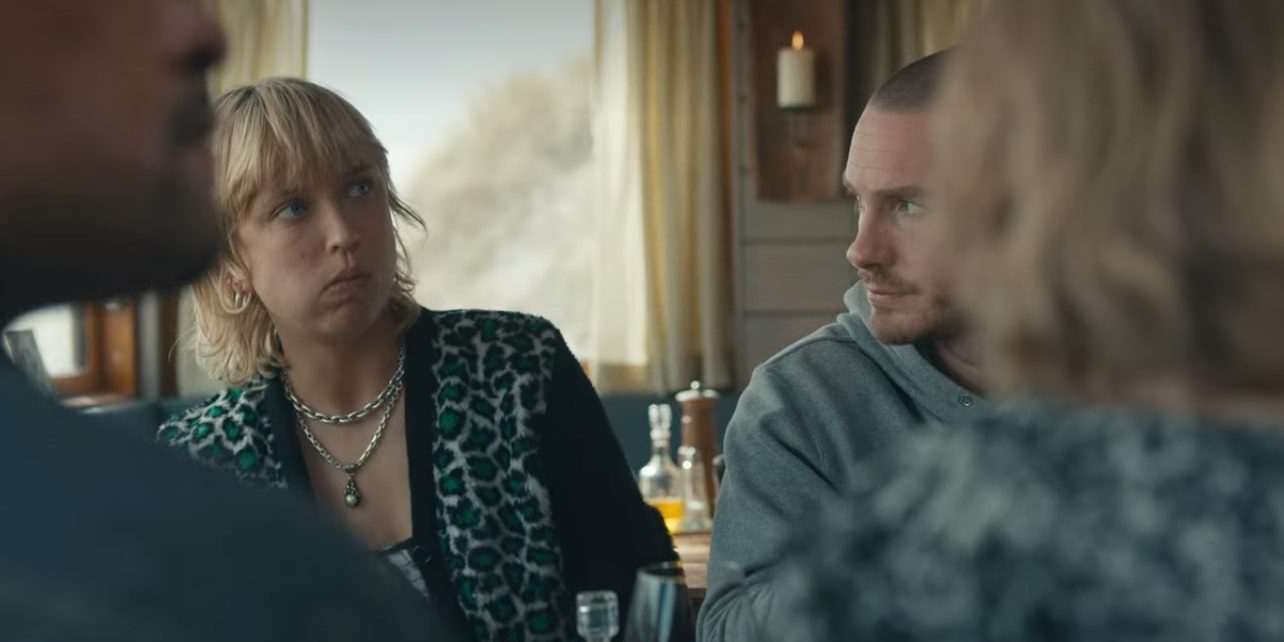 With the enthusiasm of a detective, Paula discovers Ellin’s workplace while having a chit-chat with Basti, her brother. She returns to Jojo, convincing her to go wedding dress shopping. In the shop, Jojo gets nervous after discovering Ellin. To make matters worse, they tear a wedding dress while hiding from Ellin. However, as Ellin detects the mishap, Jojo and Paula must pay for the dress. Meanwhile, Jojo gets the idea that Paula knew about Ellin working at the store. With the fallout, Paula and Jojo go their separate ways, and Paula hooks up with Janosch. In the evening, Paula heads to Ellin’s store, hoping to make amends.

Paula apologizes to Ellin for their terrible behavior the other day. Shortly after, she invites Ellin for a few drinks, and two drunk girls end up at Daniel’s house. Jojo gets awkward after seeing Ellin and breaks a glass. Amidst the commotion, Ellin seems to know the place better than Jojo. At the end of the boiling tension, we get to know that Daniel never really broke up with Ellin when he took off to Mexico. With the drastic revelation, it seems that Daniel and Ellin are still in a relationship, while Daniel goes ahead with the “absurd marriage” with Jojo. However, after Jojo hears Daniel’s secret, she cannot marry him. Therefore, the marriage does not take place, courtesy to Paula.

Do Jojo and Paula End up Together? Is Paula Gay/Lesbian?

Jojo and Paula end up together after the veil of misunderstanding lifts above them. Towards the movie’s end, Jojo walks out of Daniel’s house after getting to know his secret. After the incident, Jojo and Paula head to a cafe, where Paula orders two large fries. While Paula is busy chewing on fries, Jojo is upset that she cannot have the stability of marriage in her life. In the meantime, they meet Freja and Olli, two off-road bikers from Denmark. While Jojo and Paula party with the Danish crew, they also decide that they are going to move back to their apartment in Berlin, which Jojo calls “home.” With the happy conjecture, it seems that the two end up together.

However, you must have a question about Paula’s sexual orientation after watching the movie in its entirety. Paula does have casual sex with men, although she can never trust men more than a certain amount. The most intimate connection Paula has with anyone in the world is Jojo. And for more than one occasion, the dynamic between Paula and Jojo seems like that of a husband and a wife. Moreover, Paula is happy to see her brother going out with a man. Therefore, she comes off as liberal and rainbow-colored, as we conclude that Paula is not gender-normative. She may be either lesbian or bisexual, but she is never really a cis-gendered person.

Is Paula Dreaming in the End?

The final scenes pack a few surprises, as the movie stays open-ended in the end. In the final sequence, Paula walks up to the shore, and the camera cuts to another scene following a marriage procession. Some of you may have discovered Daniel in the guise of a groom in the parade. The final discovery should change some equations. You must be wondering whether Daniel gets married after the mishap.

Does he marry Jojo, or the other woman, Ellin? While the marriage between Daniel and Ellin may not be out of the question since Daniel still has some feelings for Ellin. However, as the scene returns to Paula and the beachside, we conclude that Paula is daydreaming. We may have also seen a childhood memory of Paula, where she replaces old figures with her new acquaintances. However, what’s critical for you to understand is that the scene does not take place outside Paula’s mind.