Forever Summer: Hamptons: Where Are They Now?

Amazon Prime’s ‘Forever Summer: Hamptons’ revolves around a group of young adults as it scours through uncertain relationships, complicated friendships, and even a bit of backstabbing. Besides, as apparent from the title, the group loves to spend the summer months in the Hamptons and has cameras follow them as they attend wild parties, take on part-time jobs, and prepare themselves to face the world outside. Apart from exploring varying group dynamics, the series even sprinkles on a handsome dose of romance and drama, which adds to the thrill.

Season 1 of ‘Forever Summer: Hamptons’ introduced us to interesting cast members like Reid Rubio, who ended up causing a lot of trouble between his friends, and Avery Solomon, who got wrapped up in a whirlwind summer romance. However, with the cameras not turned away, fans are curious to know where the cast is at present. Worry not, because we come bearing answers!

Where Is Shannon Sloane Now?

While on the show, Shannon seemed quite interested in Frankie Hammer and was quite disappointed when the latter chose Avery Solomon. At present, Shannon resides in New York City, where she is pursuing a course in digital marketing and public relations from the Manhattan-based Fashion Institute of Technology. However, she does make it a point to return to the Hamptons and at least spend every summer with her friends. Additionally, although she was hoping to find love while spending the summer in the Hamptons, it looks like Shannon is still single as of writing.

Where Is Avery Solomon Now?

Apart from being the one to introduce the rest of the cast on the show, Avery’s summertime romance with Frankie Hammer was one of the major story arcs of season 1. Although she is a Hampton native, she currently resides in New Orleans, Lousiana, where she attends Tulane University and is pursuing a Major in Psychology and a Minor in Public Health. Interestingly, Avery has maintained tight bonds with most of her ‘Forever Summer: Hamptons’ castmates, and despite her and Reid having a falling out on the show, the pair have since buried the hatchet. Sadly, viewers will be disappointed to know that Avery’s romance with Frankie Hammer did not last, as the reality star is presently single.

Where Is Reid Rubio Now?

One of the main reasons behind the drama documented in season 1, Reid caused quite a bit of trouble as he tried to be a people pleaser but ended up causing a rift between several of his friends. Nevertheless, he owned up to his mistakes towards the end and presently shares a friendly relationship with most. Reid currently resides in New York City, where he earns a living as a software engineer and is employed as a Technical Consultant at Prime Trust. Besides, his social media posts show the lack of a romantic partner, and we believe he is currently single.

Where Is Juliet Clarke Now?

Season 1 of ‘Forever Summer: Hamptons’ portrayed how Juliet struggled to get her family to accept her boyfriend, Tony and was left dejected when they did not seem to care. Unfortunately, she prefers to keep her personal life under wraps and hasn’t talked much about her present profession. Still, we do know that Juliet is a recent graduate of SUNY Cortland, where she earned a degree in new communication media. Moreover, as far as we can tell, she currently resides on Long Island, and her and Tony’s commitment on the show makes us believe they are still together.

Where Is Emelye Ender Now?

Hunter Hulse’s longtime girlfriend and Avery’s best friend, Emelye Ender, is presently pursuing her college degree online. While on the show, she claimed that she prefers the calmness of the Hamptons compared to the hustle and bustle of the city, which apparently made her choose an online degree. Fans would also be delighted to know that Emelye and Hunter are still going strong and have recently moved into an apartment together. To top it all off, she works as a social media influencer and can often be spotted promoting different products on her Instagram account.

Where Is Lottie Evans Now? 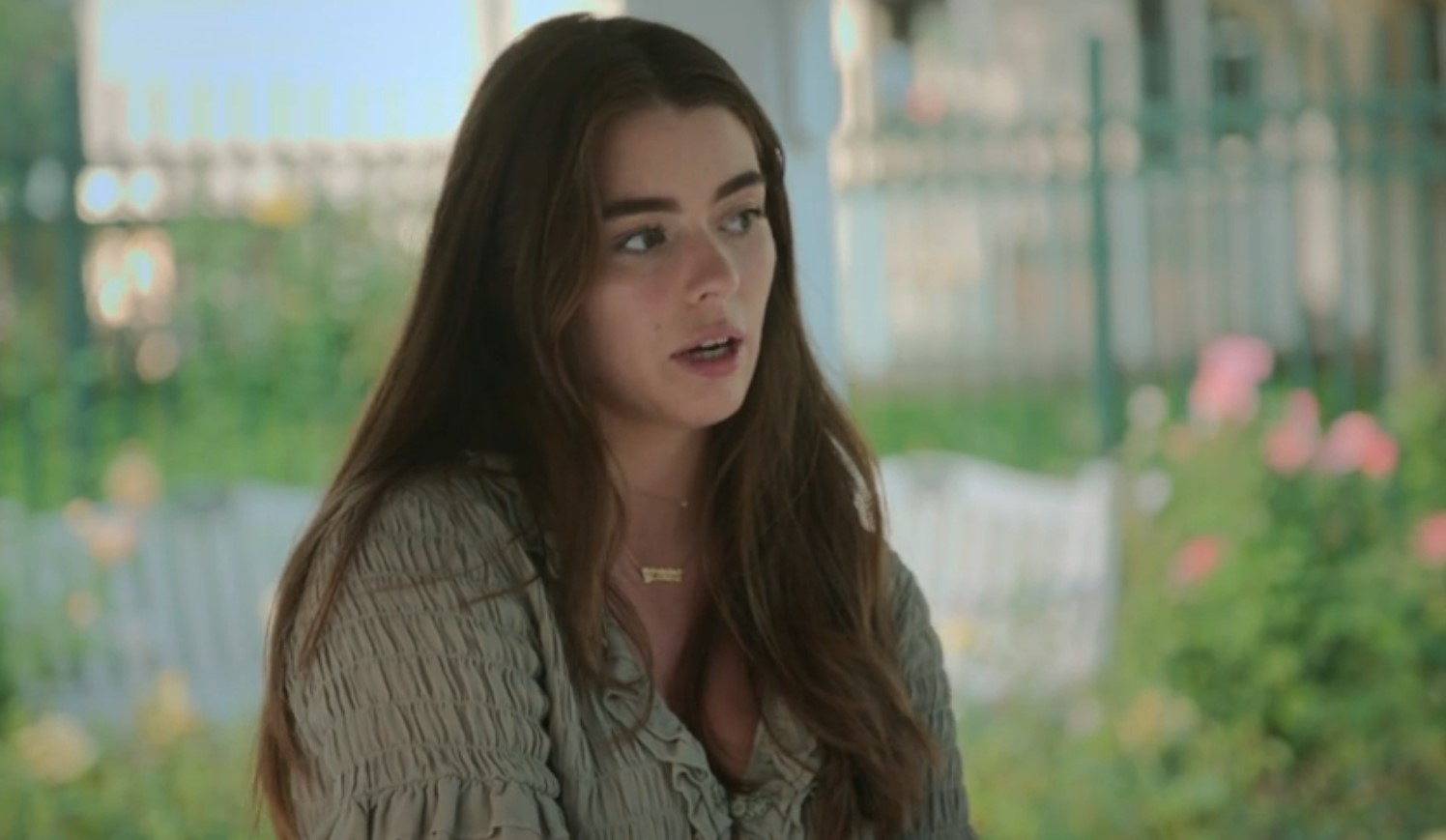 On the show “city-dweller,” Ilan Luttway initially believed that Lottie was into him, which led to a massive altercation between him and Lottie’s boyfriend, Todd. Nevertheless, she has a limited presence on social media and prefers to keep her life entirely under tight wraps. While sources claim that she spent four years as a lifeguard, Lottie recently completed her college education and now hopes to start a career in marketing. Additionally, she plans to move in with her boyfriend, Todd, and though they keep their relationship private, we believe that the two are still together.

Where Is Frankie Hammer Now?

Frankie wanted his romance with Avery to be something more than just a summer fling, but it unfortunately ended, leaving the Hampton native presently single. Nevertheless, he never allowed life to slow down, and despite being based out of Hampton, the reality star loves to explore new places and follow an extremely active lifestyle. It is terrific to witness Frankie experiencing some of the best days of his life, and we wish him the very best for the years to come.

Where Is Milo Munshin Now?

Like many of his castmates, Milo, a Hampton native, presently resides in New York City, where he attends The New School, a private research university. Being the fun-loving and down-to-earth person he has always been, Milo maintains close bonds with most of his friends and loves documenting the memories he makes on social media. Furthermore, the reality star appears to be currently single but is a loving parent to his adorable pooch, Sneakers.

Where Is Habtamu Coulter Now?

An Ethiopian native, Habtamu or Habs, moved to the Hamptons at 4 when an American family adopted him. While he is the group’s youngest member, he talked about preparing himself for university throughout season 1. Thus, fans would be delighted to know that the reality star is currently a student at Charleston University in Vermont. Interestingly, the show also documented Habs’ efforts at finding love, as he pushed himself out of his comfort zone and even went on a few dates. However, from the looks of it, he is presently single and is wholly focused on doing well in his studies.

Where Is Hunter Hulse Now?

Hunter recently completed his graduation from the University of Maryland and loves documenting his active lifestyle on social media. From skateboarding to surfing, he can be spotted enjoying most outdoor sports, and he even maintains a friendly relationship with his ‘Forever Summer: Hamptons’ castmates. Besides, we are delighted to report that Hunter and his longtime girlfriend, Emelye, embarked on the next stage of their relationship as they moved into an apartment together.

Where Is Ilan Luttway Now?

Interestingly, Ilan was the “outsider” of the group, as he came to the Hamptons from the city and wasn’t an actual native. The reality star currently appears to reside in New York City while pursuing a Computer Science Major from the University of Michigan. Interestingly, Ilan and Sophia got into a relationship towards the end of the season and even looked forward to making it last. Nonetheless, recent developments claim that he is currently single and not on talking terms with Sophia, but he seems intent on being active in the dating scene.

Where Is Sophia Messa Now?

Sophia is an aspiring singer and actress on the cusp of making it big in the entertainment industry. Her music has already become quite popular after the release of her EP, “Ice Cream & Cigarettes,” and sources claim that she landed a record deal, which forced her to leave the prestigious Berklee College of Music after a brief three-week stint. On the other hand, while season 1 of ‘Forever Summer: Hamptons’ documented a blossoming romance between Sophia and Ilan, the two aren’t on talking terms at present, leaving the singer single.