Frank Griga and Krisztina Furton Murders: Where is the Sun Gym Gang Now?

In May 1995, wealthy businessman Frank Griga and his girlfriend, Krisztina Furton, had plans to travel to the Bahamas. But they went missing even before they could go on that trip. The authorities eventually found out about a gang that kidnapped and forced rich people to turn over their money and assets. Investigation Discovery’s ‘The 1990s: The Deadliest Decade: Roid Rage’ focuses on how the members of what became known as the Sun Gym Gang brutally murdered Frank and Krisztina. So, let’s find out what happened then, shall we?

How Did Frank Griga and Krisztina Furton Die?

Frank Griga was a Hungarian immigrant who moved to the US hoping for a better life. After working a minimum wage job in New York, he moved to Florida and eventually set up a phone sex business that netted him millions. At the time of the incident, the 33-year-old lived in the affluent area of Golden Beach in Miami, Florida, and was in a relationship with 23-year-old Krisztina, also from Hungary. He met her at a strip club, and she dreamed of being a professional diver. 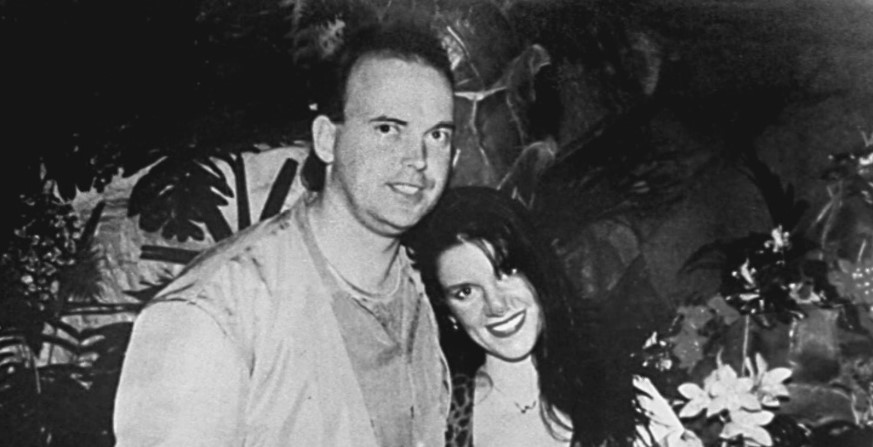 At the time of the incident, Frank and Krisztina had been together for about three years. The last time the two were seen was on May 24, 1995. When the housekeeper arrived the following day, she couldn’t find the couple, and they had left their dog behind. Thus, she called Judi Bartusz, a friend and neighbor, who reported Frank and Krisztina missing.

Frank and Krisztina’s flight tickets were still at home. The investigation eventually led the police to their remains in large drums dumped in the Everglades, Florida. They initially found their torsos before later finding the heads and limbs in a different area. Frank was identified through a tooth, while Krisztina was identified with her breast implant serial number. They had been murdered and then dismembered.

The authorities spoke to Judi, who had seen Frank and Krisztina on May 24, 1995, as they were heading out to dinner with two muscular men. As per the show, Judi hadn’t seen them before but got a good look at both of them, providing a description to the police. Then, days later, Frank’s car was found abandoned in the Everglades by a state trooper, leading the authorities to kick the investigation up a notch.

Upon learning of the description of the two men, the police thought back to a case regarding a millionaire, Marc Schiller, who had talked about being kidnapped and tortured by a group of men for over a month; they had reportedly done unspeakable things to him to get him to sign over his all of his assets at the time. After that, the group attempted to kill Marc by putting him in a car and setting him on fire, but Marc somehow survived. However, he was too scared and didn’t report it until months later, and the police didn’t initially believe him.

However, with Frank and Krisztina missing, the authorities raced against time, hoping the couple didn’t go through what Marc talked about enduring. They learned of Jorge Delgado, who used to work for Marc Schiller, and connected him to Daniel “Danny” Lugo. Danny was a bodybuilder and a trainer at the local Sun Gym. He had spent some time in prison for insurance fraud. Danny’s right-hand man, Adrian Doorbal, was another trainer at the gym and knew Jorge. The police later learned that these men were responsible for Marc’s kidnapping and torture.

The authorities quickly arrested Jorge and Adrian, but Danny was nowhere to be seen, and neither were Frank and Krisztina. At Adrian’s apartment, the police found Frank’s business card, bloodstains, and the attire Krisztina wore when she disappeared. They tracked down Danny’s girlfriend, Sabina Petrescu, who initially didn’t cooperate because she believed Danny was a CIA agent. Eventually, Sabina told the police that he was hiding in the Bahamas, leading to his arrest.

The investigation revealed that the gang targeted Frank for his wealth and approached him through a mutual friend. They pitched a phony investment idea and lured them to a closed restaurant on May 24, 1995. Then, Danny and Adrian suggested they head to the latter’s townhouse to continue the discussion. There, Adrian tried to choke Frank, but he fought back, so he placed Frank in a chokehold and beat him, killing him. Then, Danny got a hold of Krisztina and gave her a horse tranquilizer that eventually killed her. Before that, they tried to get Frank’s house access codes from her.

With the plan going completely awry, the men then enlisted the help of Jorge and John Raimondo to get rid of the bodies. They moved them to a warehouse and chopped them up, using a saw and then a hatchet, before dumping them. John abandoned the car, where it was eventually found. The police also connected John Mese, the owner of Sun Gym, to the case. He notarized the documents that Marc had signed early on.

Where is the Sun Gym Gang Today?

In May 1998, Danny, then 32; Adrian, then 24; and John Mese, then 59, were found guilty of a plethora of charges, including first-degree murder, money laundering, and forgery. Jorge struck a deal with the prosecution and testified against his co-conspirators. While Danny and Adrian received death sentences, Adrian’s sentence was reduced to life in prison after the death penalty law changed. For now, Danny and Adrian remain incarcerated at correctional facilities in Florida and are currently out of department custody because of a court order.

John Mese was sentenced to 56 years for his involvement and died in prison on October 4, 2004, due to a stroke, at the age of 66. Jorge received a 15-year sentence and was released in September 2002 after serving just seven years. Linda, his wife at the time, divorced him. In 2008, Jorge got into trouble again when he tried to steal from a convenience store and received probation.

It was reported that Jorge married Jocelyn Nunez in July 2011, and as of 2013, they were living in Miami-Dade, Florida. It seems that Jorge currently lives in Buenos Aires, Argentina, and runs a gym there. Finally, Raimondo received an 8-year sentence and served less than half of it. He later expressed remorse and moved to New Jersey to escape the attention.