Freaks: You’re One of Us Ending, Explained 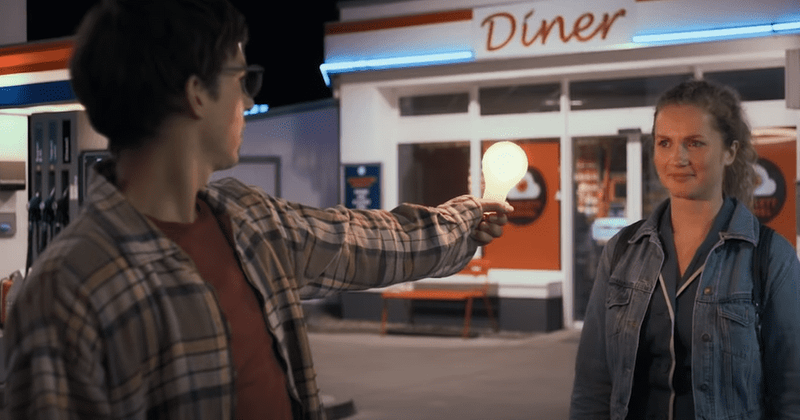 ‘Freaks: You’re One of Us’, a German superhero movie, follows the journey of Wendy, a modest fast-food worker, as she discovers that she actually possesses superpowers. She then goes on to find out about more people like her and uncovers a conspiracy that has concealed the existence of such people in the process. SPOILERS AHEAD!

Wendy is a married woman and a mother who loves her family very much. She is a mild-mannered fast-food worker, and she isn’t extremely financially well off. One day, when she’s taking the trash out at work, she runs into a mysterious bum who tells her “you’re one of us.” He then informs her that the pills she has been prescribed by her therapist, Dr. Stern, actually suppress powers that she has always possessed. Naturally, she wonders what all of this means, and stops taking her medication. When three men try to assault her, she shoves them away with immense strength, realizing the true meaning of what that man meant. 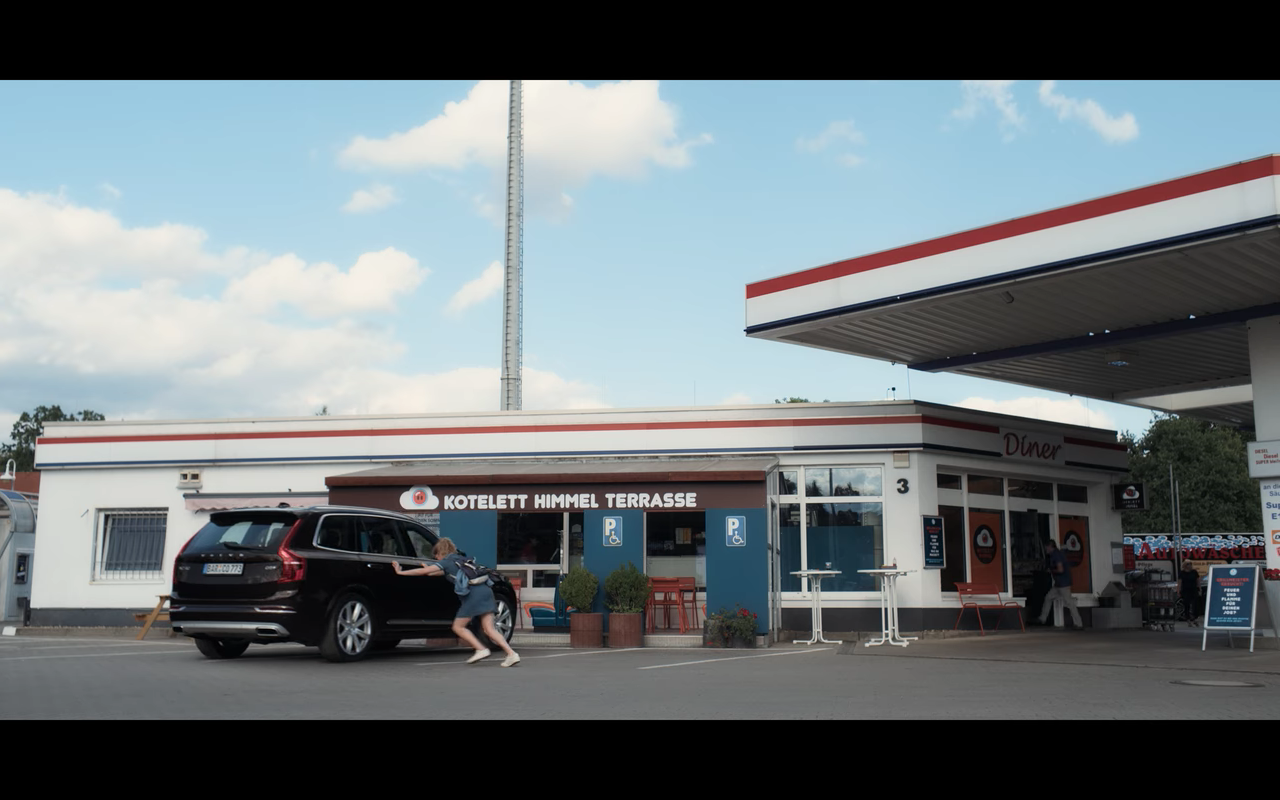 Then, she meets the tramp again and slowly starts embracing her newfound powers. She also finds out that Elmar, a coworker, has similar endowments. She tells him that he will uncover the truth if he stops taking the pills as well. But soon, the new initiates discern that people with special powers are actually locked up in a mental health facility that basically functions as a prison. The superheroes are now forced to confront their realities, and each character makes their own decisions about how to proceed.

Domestic bliss is out of reach for Wendy once she starts exploring her powers more. Her husband thinks that she is cheating on him. Her son even tells her that the changes in her personality have started to scare him. She hugs him and says that she feels the same way. Also, she admits to her husband that she had a thing with Elmar, but that she still wants them to be a family. Her husband wishes for the same.

Elmar is also a patient of Dr. Stern and visits her for a routine checkup. However, he has an ulterior motive. After the bum told him that he couldn’t just flaunt his electric powers around because actions have consequences, Elmar gets ticked off and tells the doctor about the bum. Officials then raid Neptune’s World and subdue him, later admitting him into the special facility for superhumans. 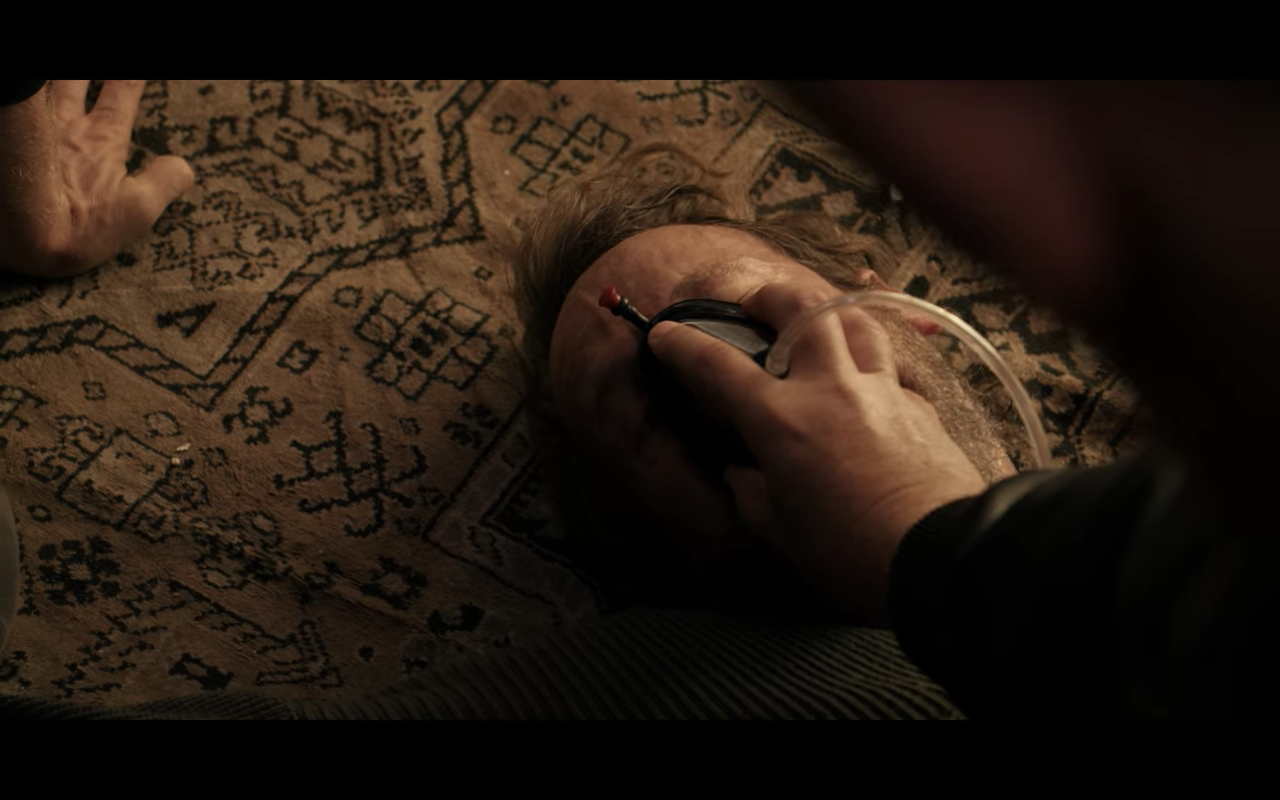 It is evident that Elmar is on a destructive path when he shows up at Wendy’s house during her son’s birthday party. He tells her about the bum’s arrest and professes his love to her. But she is not interested and tells him to leave her house. Elmar’s presence also leads to an argument between Wendy and her husband, which ends with her throwing him into some furniture. Later, at his own home, Elmar (literally) shocks his own father, and when Wendy shows up and sees this, he uses his powers on her as well.

Wendy wakes up at the psychiatric facility and Dr. Stern tells her she only had a nervous breakdown; she is not a freak, she is just ill. It is then revealed that Wendy, in her childhood, actually killed the principal of her school when he confiscated her walkman during a meeting with Wendy and her mother. The superhuman then spends many days at the institution, going through the motions. Dr. Stern visits Wendy’s husband and asks him to get the son for a checkup to ensure his mental well-being. He, too, is put on the same medicines as his mother. 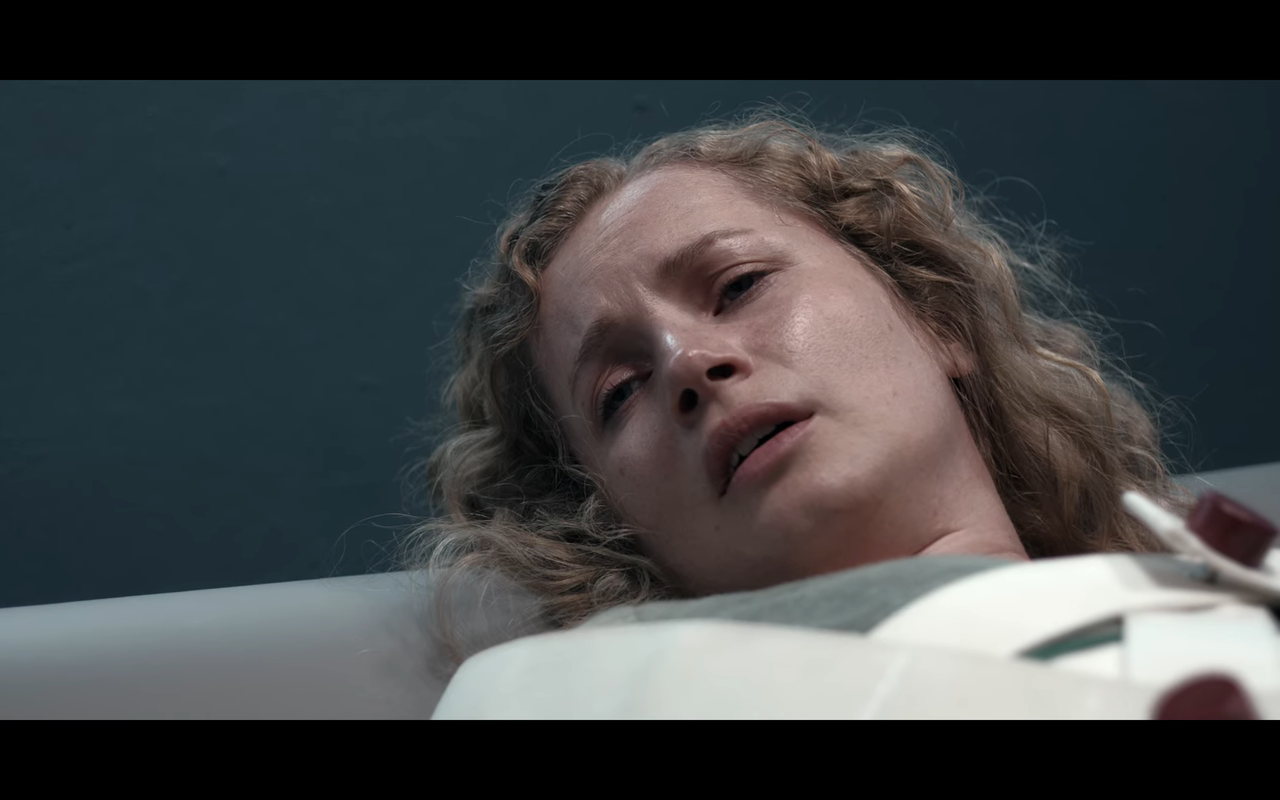 Elmar visits Wendy at the facility and brings a walkman as an apology gift. He is convinced that the “freaks” are meant for great things and the only reason Wendy won’t commit to the greater good is because of her family. So, he tells her that he will break these shackles for her. A few moments later, the lights go out, and Wendy, along with the other residents, flees the institution. However, while doing so, Dr. Stern ends up killing the mysterious bum. He dies in Wendy’s arms, telling her that it was okay. He tried to kill himself many times after an incident that took away his family. He only wants her to reunite the other so-called “freaks.” Meanwhile, Elmar shows up at Wendy’s house and ties her husband up in a string of bulbs that he can control with his electric powers. However, Wendy shows up and saves the day by throwing him into their pool, thereby severely burning him. 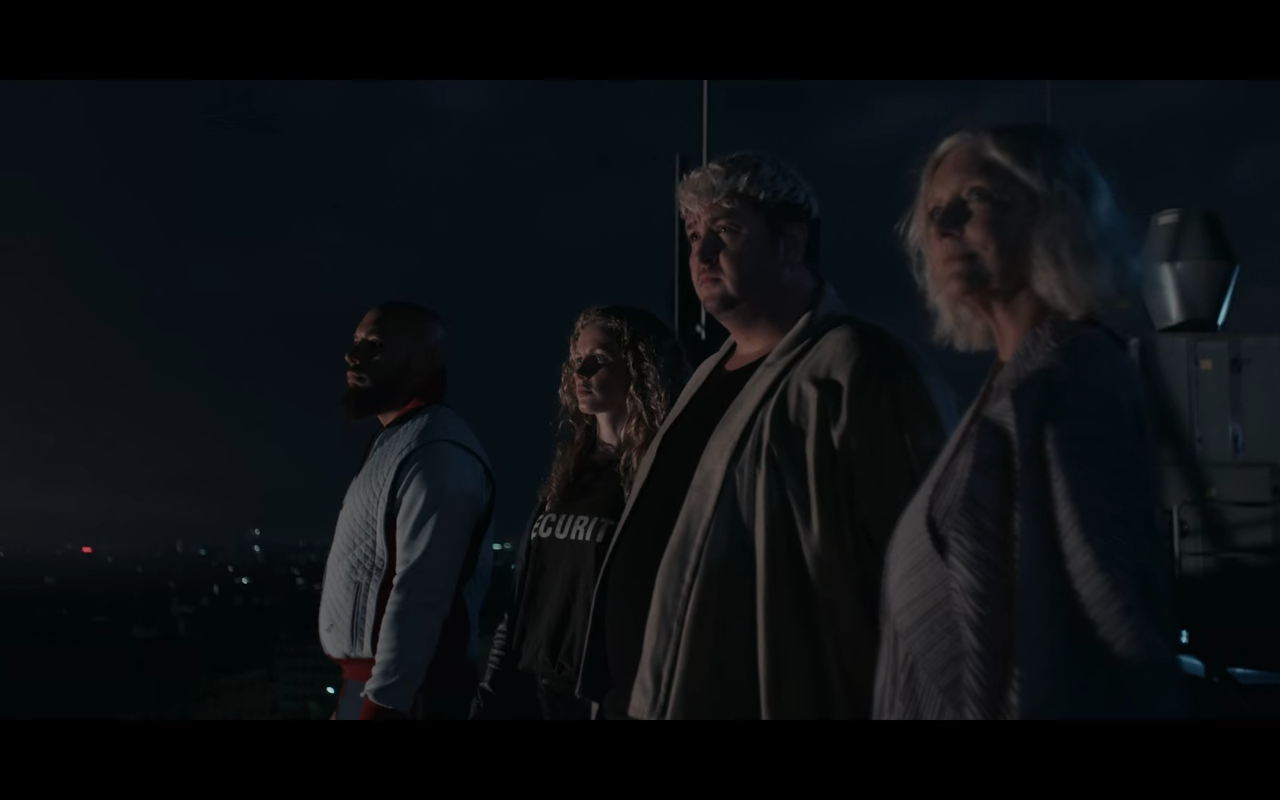 In the end, Wendy’s husband states that he can protect her and the family can have a fresh start. But she knows that this is not possible and leaves. From the information that she has on the other people that were admitted to the hospital, she sets off on a mission to make the bum’s dream come true. In a post-credits scene, it is revealed that Wendy’s son also has superhuman powers.

Freaks: You’re One of Us Review

The movie is not a groundbreaking attempt at redefining the superhero genre, but that is exactly where its charm lies. For a field that has been explored time and again, the film does a good job of sticking to the basics and letting the story unfold naturally. With such a plethora of widely accoladed superhero movies like the ‘Avengers’ franchise already preceding it, the script could have easily gone down the same path when it came to the narrative. The fact that this does not happen is the movie’s biggest strength. The only thing the film borrows from the Marvel cinematic universe is the post-credits scene, but this is a non-issue. 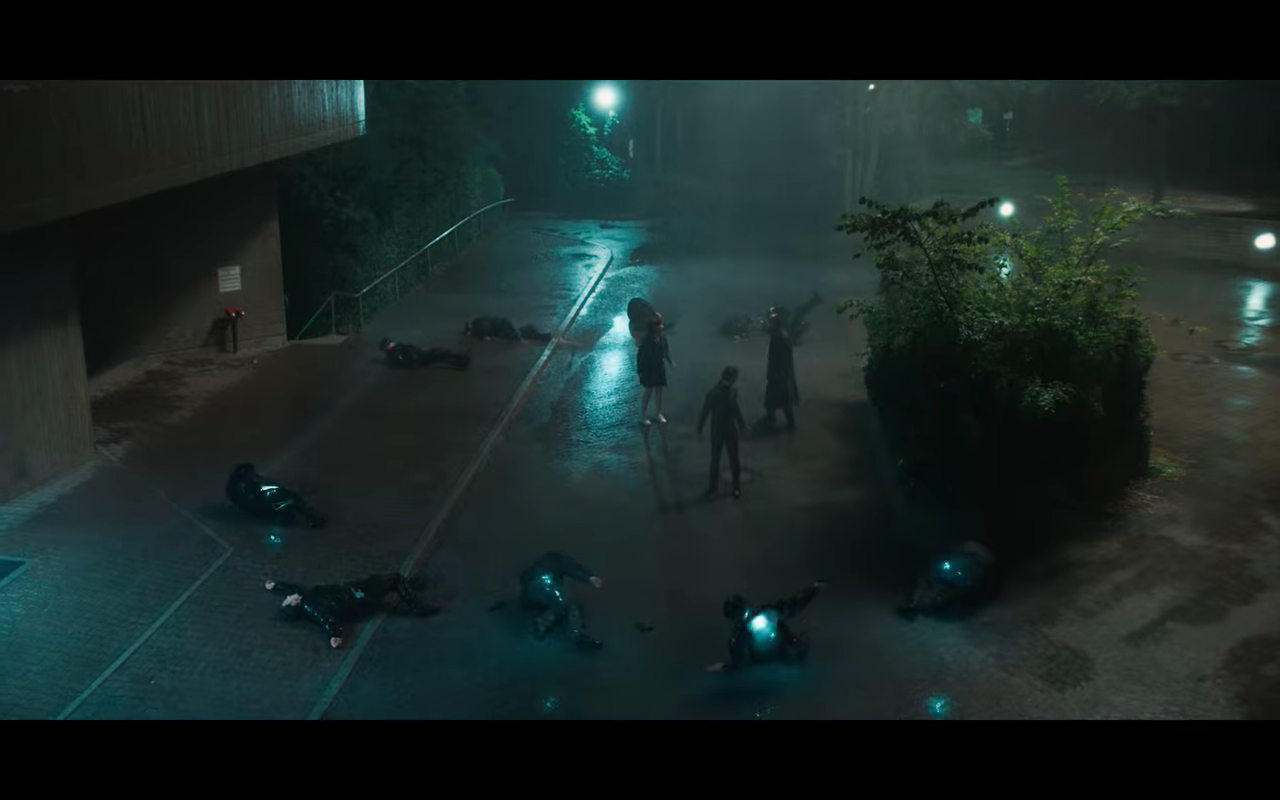 ‘Freaks: You’re One of Us’ is exactly the kind of movie you would want to see when you are in the mood for something light. Don’t get me wrong, it is not that the movie doesn’t incorporate themes of family, isolation, and community. The film also takes a sort-of unexpected dark turn towards the end, but this only contributes to the story. At the end of the day, it is not an overly dramatic movie and could be the perfect superhero film for respite after a long day.

The casting is excellent, and so is the story. While the genre is cliched, the story in itself actually does a good job of standing out. The movie definitely has its merits. In fact, it has even set itself up for a potential sequel, which could be something to look forward to.