Frescos Naturales Drinks Shark Tank Update: Where Are They Now? 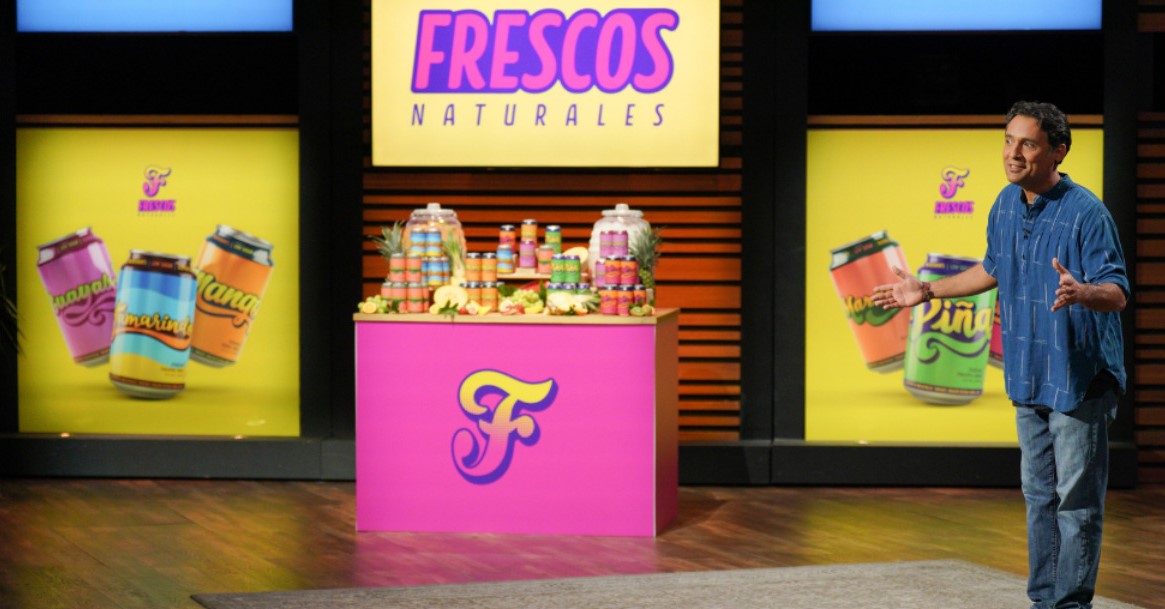 In an attempt to provide a better and, most importantly, a healthier alternative to the existing processed and high-on-sugar drinks that take up most of the space in the drinks section of the market, Juan Ignacio Stewart came up with the idea for Frescos Naturales Drinks. By combining the traditional flavor of fresh water with fresh ingredients and a bit of sugar, he intended to build a larger business out of it.

Thus, in order to scale his business, Juan Ignacio Stewart presented the pitch for Frescos Naturales Drinks in ‘Shark Tank’ season 14 episode 12. The product in question seemed important and refreshing enough to make us want to know about the company in detail and chart its growth! Let’s explore the same, shall we?

Frescos Naturales Drinks: Who Are They and What Do They Do?

Frescos Naturales Drinks is the brainchild of Juan Ignacio Stewart. Born in the United States but raised in La Antigua, Guatemala, Juan moved to Boulder, Colorado, when he was 17 years old to pursue higher studies. He graduated with a Bachelor’s degree in Fine Arts from the University of Colorado at Boulder in 2008. Just a year later, he started working as a Producer at Grove Street Media. In order to make ends meet, he also worked as a freelance videographer, a youth media education teacher, and a taxi driver. Then in 2015, he launched Green Belly Foods to get a steady source of income.

Since his early days as a child, he was used to drinking horchata or flor de jamaica and if that wasn’t available, his parents would make fresh lemonade for him. All in all, he grew up drinking fresh drinks, and that is what he passed on to his son. Being an avid skateboarder at the time, his son would take jamaica in a bottle to the skate park. It didn’t take long for his friends to start liking Juan’s frescos. That’s when his son suggested that he should consider bottling this drink. So, Juan acknowledges that his son gave him the idea for Frescos Naturales Drinks.

At first, in 2018, Juan started testing the market by selling prototypes of his fruit- and plant-based beverages in glass bottles so that customers could see the use of real fruit and pulp in the drinks. He used to sell at local farmers’ markets, went door-to-door, and wrote down names and orders in a planner, before creating a sale sheet with all the necessary details and pinning locations on Google of places to visit.

When the idea of selling the drinks in glass bottles didn’t turn out to be cost-effective, he switched to cans in 2019. The COVID-19 pandemic and his son getting treated for the rare bone cancer Ewing sarcoma made him break the bank as he funded everything with the money he made with Green Belly Foods. Despite all the complications, Juan launched the Rosa de Jamaica flavor under Frescos Naturales Drinks, before introducing five more flavors in less than six months.

As of writing, there are currently six flavors that Frescos Naturales Drinks deals with — Rosa de Jamaica, Guayaba, Mango, Maracuya, Piña, and Tamarindo. Every one of these flavors is claimed to have been made with high-quality ingredients and a hint of sugar, in hopes of replacing the highly processed drinks in the market with something much healthier. Thanks to Juan’s knowledge of frescos, their ingredients, production, co-packers, and profit margins, his company started gaining traction among customers. Not to mention, his brother-in-law Sebastián is the artistic director of the company and is responsible for the look of the brand.

Where Are Frescos Naturales Drinks Today?

Although the idea for Frescos Naturales Drinks was conceived back in 2018, it was only in 2021 when the company’s popularity skyrocketed, and Juan’s drinks became the talk of the town. In fact, in October 2021, Frescos Naturales Drinks won the first prize in Naturally Boulder’s 17th Annual Pitch Slam Contest, after which sales got crazier as more people were attracted to the frescos. Moreover, in January 2022, the company also bagged a spot on Westworld’s Top Ten Non-Alcoholic Beverages list for Colorado. T

To add to his accolades, Juan also won the Natural Products Expo East Pitch Slam’s Audience Choice award at the Philadelphia Convention Center in September 2022. The products of Frescos Naturales Drinks are available for sale on their website. Moreover, you can find the frescos in several cafes, restaurants, and stores, including King Soopers, in Colorado.

The drinks are made available individually and in a mixed pack of all six flavors so that the customers can try all the flavors. So, considering the hard times that Juan has gone through in order to come out and make Frescos Naturales Drinks as big as it is today, we can bet on his sheer determination and perseverance to take this brand to a higher level in the coming future.