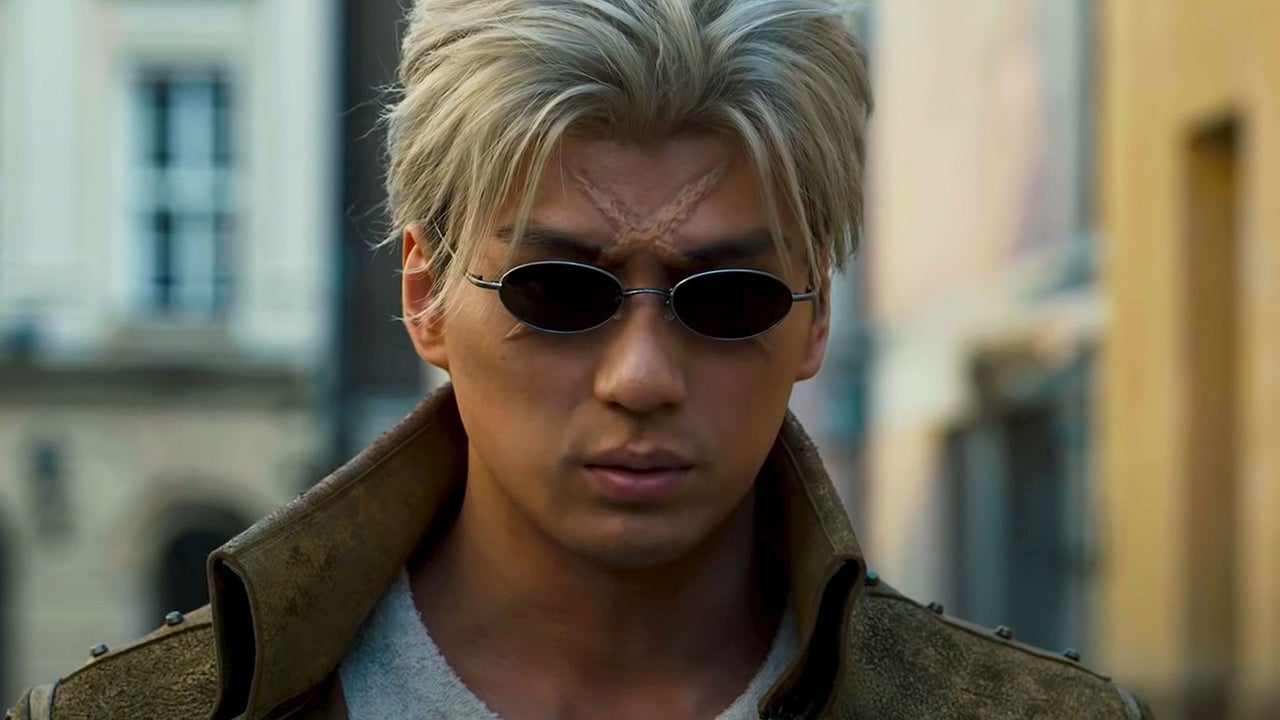 ‘Fullmetal Alchemist the Revenge of Scar’ is a Japanese science fantasy action film that is co-written and directed by Fumihiko Sori. A sequel to the 2017 movie titled ‘Fullmetal Alchemist,’ it follows Edward who continues to search for a way to get Alphonse’s body back. However, the Elric brothers are shocked to learn about a serial killer who is specifically targeting state alchemists and appears to have some deep-rooted grudge against them. But behind the indiscriminate murder of top officials lies a dark secret that shocks the Elrics and their friends. Here’s everything you need to know about the ending of ‘Fullmetal Alchemist the Revenge of Scar.’ SPOILERS AHEAD!

While strolling in the city, the Silver alchemist is confronted by an Ishvalan monk warrior who challenges him to a fight. The state alchemist naturally feels confident about winning the fight but is easily defeated and then drowned in the nearby river. Soon, the news of a merciless serial killer who is targeting state alchemists reaches top officials like Roy Mustang. Meanwhile, the Elric brothers are attacked on a train by a group of bandits. They had just met Ling Yao and his companions who arrived in Amestris from the eastern nation of Xing in search of means for immortality.

The bandits were planning to kidnap a top Amestris official but the Elrics later find out that Fuhrer King Bradley was actually on the train with them. Luckily, Edward saved everyone by stopping the train safely after he learned that the breaks were not working properly. Soon afterward, Roy Mustang tells Elrics about the mysterious serial killer with a scar on his famous who was killing state alchemists. He also explains that the murderer is actually an Ishvalan warrior monk who is taking revenge. Sometime in the past, an Ishvalan child was accidentally murdered by an Amestris soldier after which an uprising broke out that culminated in a civil war that lasted seven years.

When King Bradley sent state alchemists to crush the Ishvalan uprising, countless people of the ethnic group lost their lives. Although Roy sympathizes with the serial killer Edward feels infuriated that innocent people are losing their lives. The two brothers are later attacked by Scar himself but they manage to escape when Roy and his men intervene. Since Edwards’ automail arm is broken in the fight, he goes to his village to get it fixed by Winry. There he meets his father and later learns that the country is staring at a dark future. Following a hint given by him, Edward visits Xerxes where he meets Ishvalan survivors of the Civil war. He also finds out that Winry’s parents were probably killed by Scar.

When Scar attacks the two brothers a few days later, Edward’s suspicions are verified by the tattoos on his arm. When he tries to confront Scar about the unforgivable crime, Winry accidentally learns about her parent’s tragic death. Meanwhile, Ling and his companions fight King Bradley and the two homunculi. After one of Ling’s bodyguards manages to fool Bradley, Ling catches Gluttony and puts him in a net. Meanwhile, Scar escapes with May, another Xing national just like Ling.

Later that night, the Elrics learn that Ling arrived in Amestris so that he can get his hands on the secrets of immortality and can use them for his political ambitions. May also shares similar goals just like him. Alphonse secretly follows her and manages to learn about Scar’s hideout. The brothers later manage to corner the Ishvalan warrior monk and even capture him, following which Winry confronts him about his crimes. Just when it seems that everything is falling into place, Gluttony who has escaped arrives there along with Envy and a fight ensues. Unfortunately, as Gluttony tries to eat Ling, he accidentally ends up devouring Envy and Edward as well.

Fullmetal Alchemist the Revenge of Scar Ending: What is the Real Goal of the Ishval Civil War?

As mentioned earlier, the political conditions between the people of Ishval and the central government of Amestris were always quite unstable. The religious and cultural differences were always the central reason for conflict between the two. However, after Ishvalan land fell into the hands of the Amsteris government, there was a period of relative peace- which ended following the supposedly accidental murder of an Ishvalan child by an Amsterian soldier.

Although the Ishvalan Civil War and the subsequent genocide of the people look like an unfortunate incident that was unplanned, there is a sinister plot behind the brutal event. The unknown Amestrian soldier who shot the Ishvalan child was actually Envy, the homunculi. The genocide was planned years in advance by the Father. In order to become the ultimate being, Father needed a lot of fuel and the lives of countless humans seemed like the perfect choice for it.

Therefore, he first put homunculi in different positions of power in the central government of Amestris. Once he could wield political influence through them, he ensured that Amestris gobbled up nearby regions and over the centuries well-planned genocides were executed across the country. The father was slowly building a huge transmutation circle around Amestris that will eventually be used to grant him the power of a supreme being that he plans to become.

The Ishvalan genocide occurred because their region lay exactly at the center of one of the key points of this huge transmutation circle. So, the lives of the countless Ishvalan men, women, and children were in a sense, a sacrifice that would eventually help the Father achieve his twisted goals.

What is the Portal of Truth?

The portal of Truth also known as the Gate of Alchemy or simply the Gate is a metaphysical door that serves as the entrance to God’s domain and is also the source of all alchemical knowledge. It may look ordinary when closed, but it is an entrance to the dimension of information that exceeds human comprehension. This dimension of information usually manifests as a shapeless void where a metaphysical being named Truth confronts anyone who tries to commit the sin of Human Transmutation. After the confrontation, the Portal of Truth draws the sinner inside following which all the knowledge of the world and alchemy is revealed to them until the person subsequently falls apart both mentally and physically.

What Happens to Ling, Edward, and Envy After They Are Eaten By Gluttony? Will They Die?

After Ling, Edward, and Envy are accidentally devoured by Gluttony, Alphonse threatens the homunculi to give him his brother back. Unfortunately, Gluttony cannot do that even if he wants and immediately goes into a state of deep sleep. Meanwhile, Ling, Edward, and Envy meet each other supposedly in Gluttony’s stomach. When Envy is pestered by Edward, who desperately wants to learn to return to the real world, the homunculi reveal that they are stuck forever and will eventually die there. 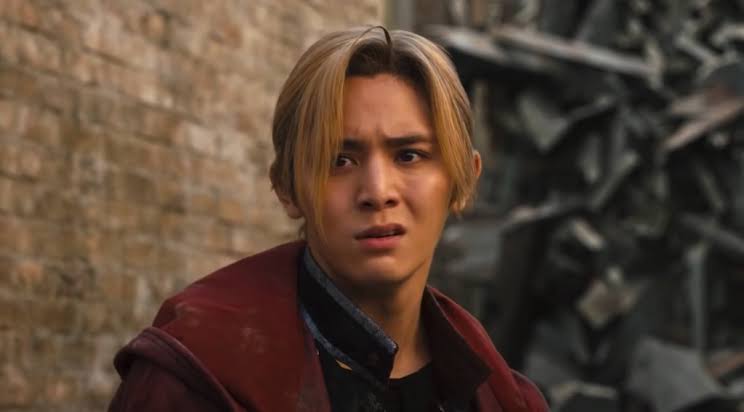 Gluttony’s stomach is actually the Father’s attempt to recreate the Portal of Truth. Unfortunately, his experiment was unsuccessful and he ended up creating a void in a reality where Edward, Ling, and Envy are now stuck. Although the movie ends without telling us anything about their fate, the manga does clearly state that the trio will eventually manage to get out of there alive.

Who is the Father?

Father is the oldest homunculus who directly (and one some instances, indirectly) created the rest of the Homunculi by purging himself of all the vices. He was born from the essence of the Eye of God when it was mixed with some of Hohenheim’s blood. Since he is above human vices, Father over time becomes quite stoic and boring. His primary goal is the pursuit of perfection as he wants to become superior to the human race.