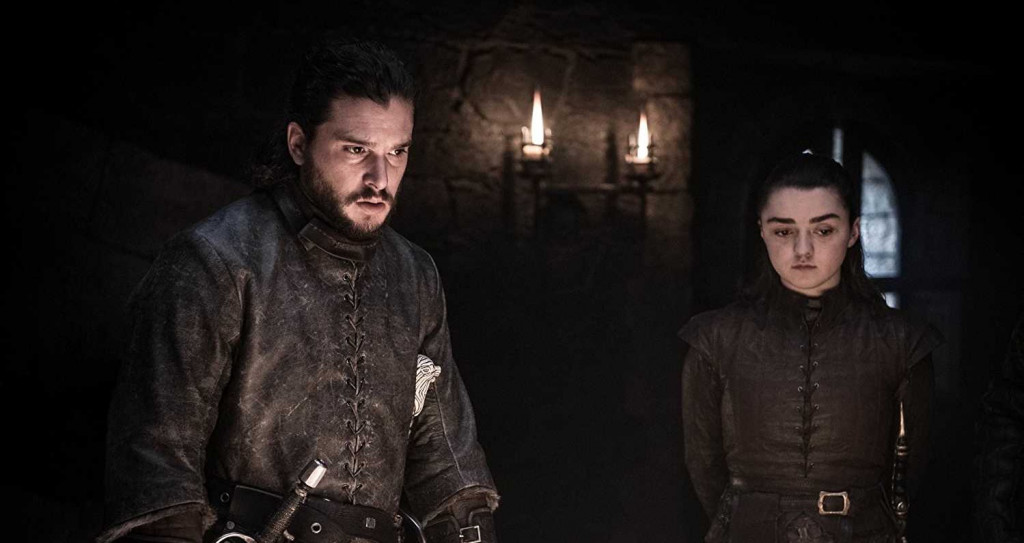 Thrones Y’all! Last week’s premiere broke quite some records when it came to viewership numbers and even piracy. While it was, strictly in my opinion, mostly underwhelming affair, which I am sure you’ll agree with as well if you take your fanboy blinders off, things can only look to start getting serious after all the reconciliations and reunions and setting up, and soon, since we now have only four more episodes to wrap up the final season. Or so you would think!

Fresh off a viewing of the latest ‘Game of Thrones’ episode, and my stand on the latest season (until now) remains the same. This episode too leads to virtually no major development plot wise, rather serving as a filler until the big war comes to Winterfell. The episode ends as such, teasing the war on a cliff-hanger for the next episode. Now I know that the expectations with this season are mammoth to say the least, and I am by no means an impatient viewer, but one would imperatively expect that out of the six episodes we are being given this season, some major development or revelation would happen in the first two episodes. While the fan in me is happy that the final four episodes in the series are all close to 80 minutes each, the critic in me would state that the onus on them is huge. It’s essentially going to write a piece of history. 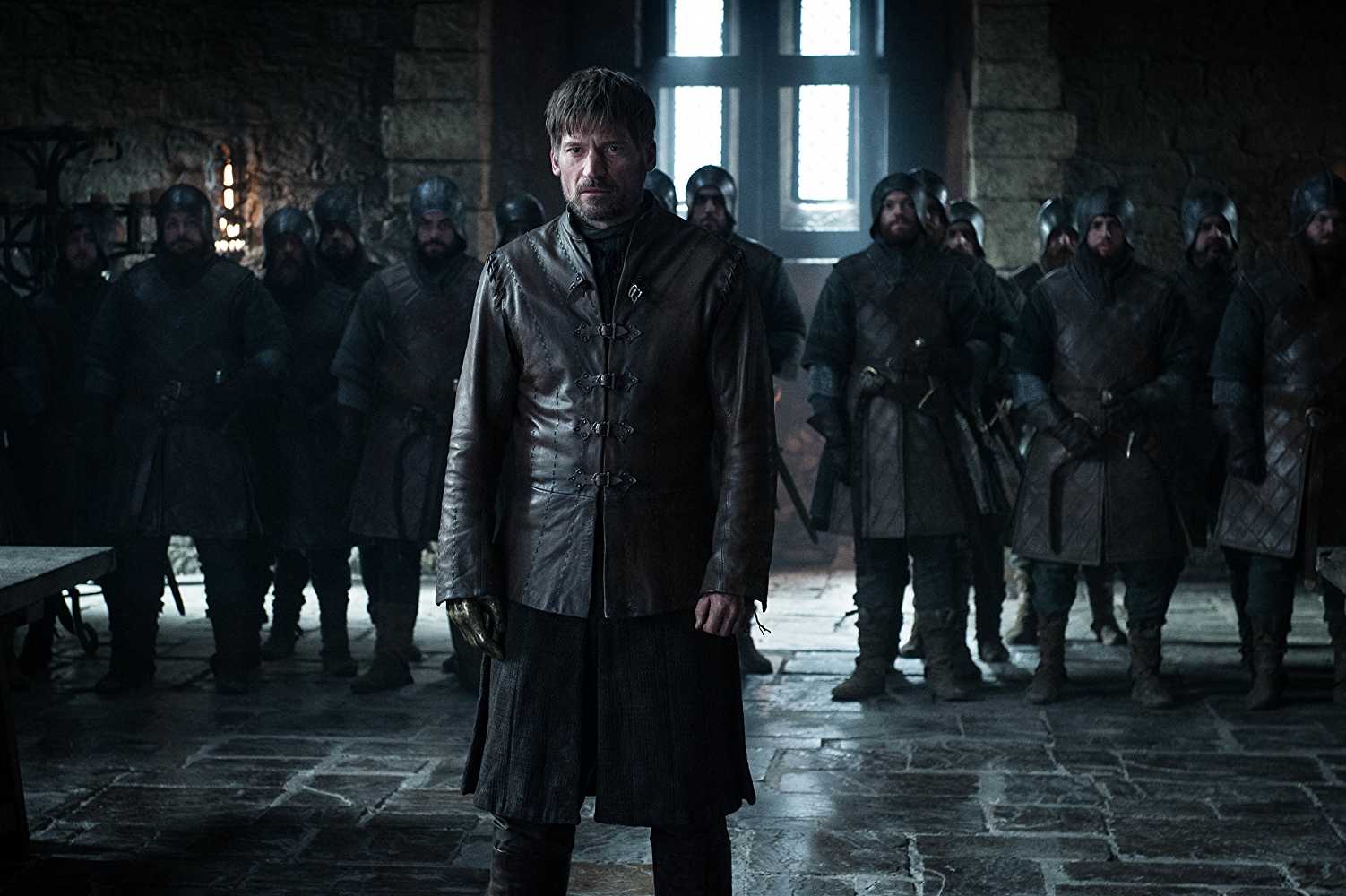 Coming back to episode 2, ‘Winterfell’ last week ended on quite an interesting note with Jaime finally arriving in the North to assist Jon and Daenerys in the fight against the white walkers. However, confrontations await him in the halls of Winterfell, as he returns to face the consequences of two of his definitive actions, that safe to say shaped the very fate of Westeros, and the incident that started it all coming full circle. While Daenerys was quick to reprimand him about his actions as the Kingslayer, Jon and Sansa decide to trust him when Brienne vouches for him. Interestingly so, Bran doesn’t confront him with the truth in front of the council of Winterfell and everybody else, something for which he would surely be punished by death, instead choosing to only taunt him with the now famous moniker, “the things I do for love”, in a truly wryly written and performed scene that brought out a chuckle or two from me. Cersei’s betrayal is brought to light and as a result, as the naysayers are proved correct, Daenerys loses some trust in Tyrion.

One of the other truly interesting parts of the episode occurs when Daenerys talks to Sansa about being at odds with respect to certain situations that her arrival in Winterfell had triggered. In one of the better written (and performed) parts of this episode, Sansa confronts Daenerys about the future of the North when she was done claiming the Iron Throne and the rest of Westeros. 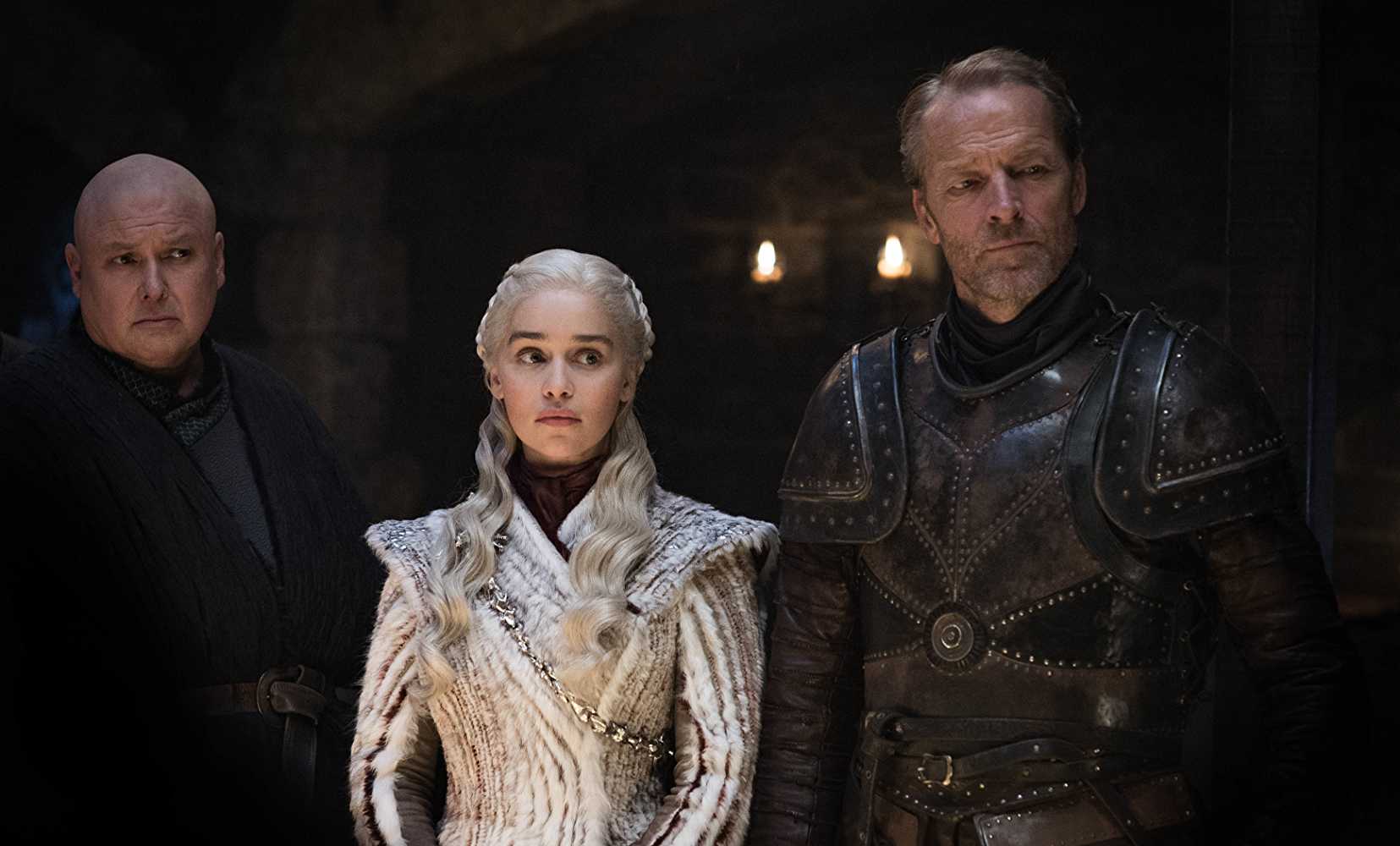 In keeping with the spirit of the last season and Episode 1 of this season, there are two other reunions in this episode. The first is when Theon returns to Winterfell and reconciles in a heartfelt manner with Sansa. The second is when the survivors from Eastwatch by the Wall and Castle Black arrive at Winterfell after they reconcile at last Hearth and warn the people in Winterfell that they had only until next morning until the White Walkers came trudging along. As a response to that, as Winterfell prepares for war and a cold night, the group led by Jon and Daenerys strategizes as to how to get to the Night King himself as a way of laying waste to his army, to which Bran responds by offering to out himself in the Godswood so that they could lure the Night King there while the rest of the forces kept the dead at bay, since in his opinion, he was the one the Night King was ultimately after.

The rest of the episode is spent virtually among interactions and banter as the players at Winterfell all prepare in their own ways to face death. The only memorable scene from among those interactions is when a noble Jaime knights an unassuming Brienne, discarding any tradition that didn’t let women claim Knighthoods in Westeros. The impact of that is however drowned when the rest of the gathered party claps to that. Again, personal opinion, but it felt mostly out-of-place for virtually every single character in that room. 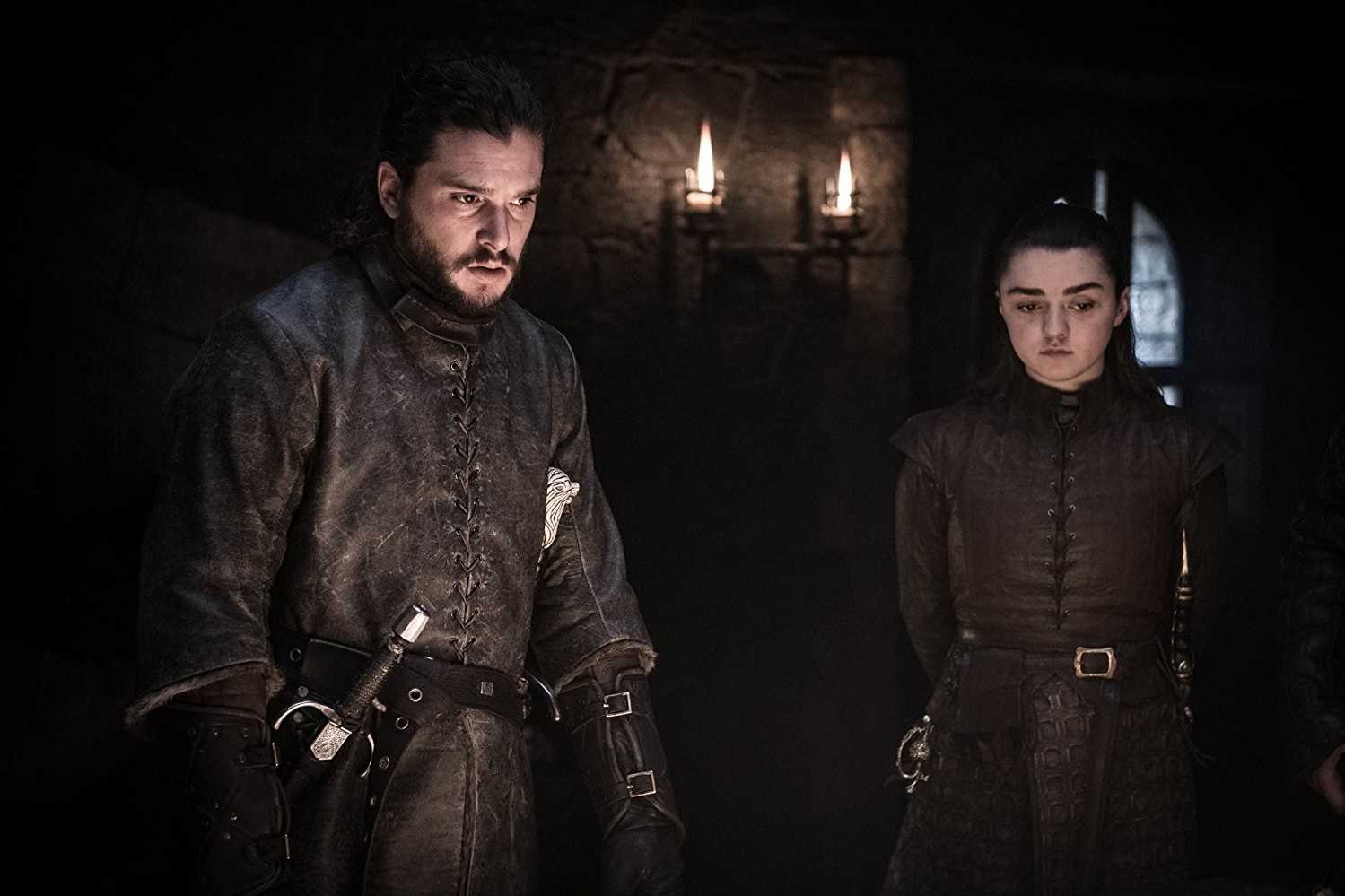 Another scene that left a bad taste in my mouth as I’m sure it will do yours is the lovemaking scene between Arya and Gendry, the latter just delivering to her the weapon she desired. I do still believe that Arya has a dagger up her sleeve with respect to this particular rendezvous, otherwise she quite literally just slept with somebody before the end of the world. The other major development, if I am to call it that, occurs in the final bits of the episode when Jon confronts Daenerys regarding his true lineage in the crypts at Winterfell.

To my pleasant surprise, one of the best parts of this sequence was Daenerys’ reaction to the revelation: she seems completely unperturbed by the repercussions it might have on Jon’s relationship with her, instead choosing to focus only on his claim to the Iron Throne. Finally, we have our first major glimpse at the white walkers this season as the episode comes to a close and we see them gathering outside Winterfell. The Night King and undead Viserion still seem to be missing from action, as do Drogon and Rhaegal following famed appearances in the last episode. 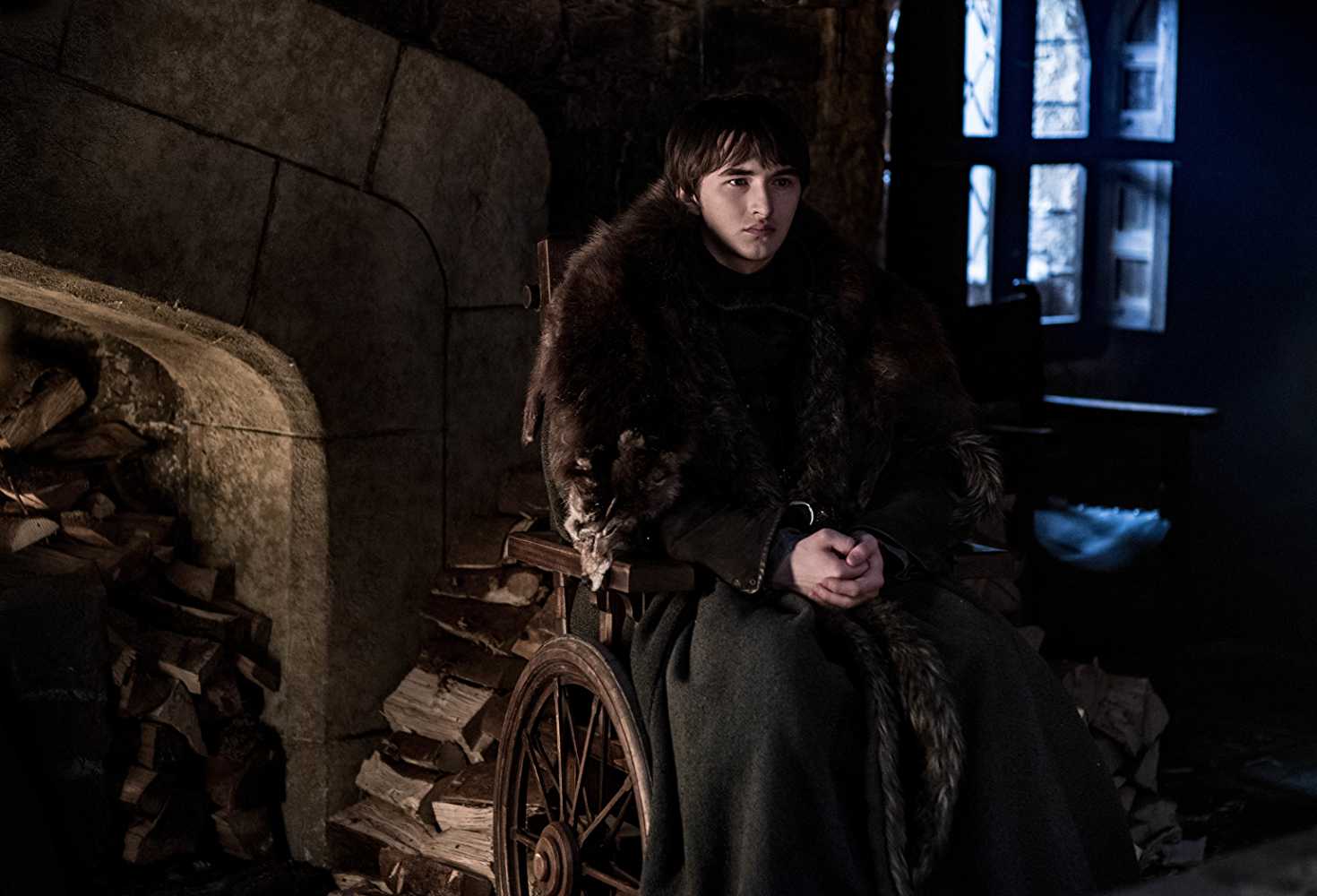 As for the final word, while earlier I missed the hand of George R.R. Martin’s writing since the show was no longer based on his books since the sixth season, I never thought a day would come when I would say that I miss the presence of David Benioff and D.B. Weiss, who seem to have taken a backseat in the writing department and let series regulars take the reins. For the lack of better words, this episode was the least ‘Game of Thrones’ like for me.

The show has lasted a total of seven seasons before this, each with a larger looming threat, and I have enjoyed my fair share of episodes before with virtually no major development because the writing was great and the character interactions were crackling and natural, something that seemed sorely missing from this episode. Even if I am to excuse no major developments in this episode, including a complete omission of any plot point from King’s Landing or anywhere else in Westeros, I wouldn’t be able to explain a host of characters to acting completely against everything established for them in the past seasons. To sum it up, if the first episode was all about reunions, the second one is all about confrontations. Winter FINALLY seems upon us now.