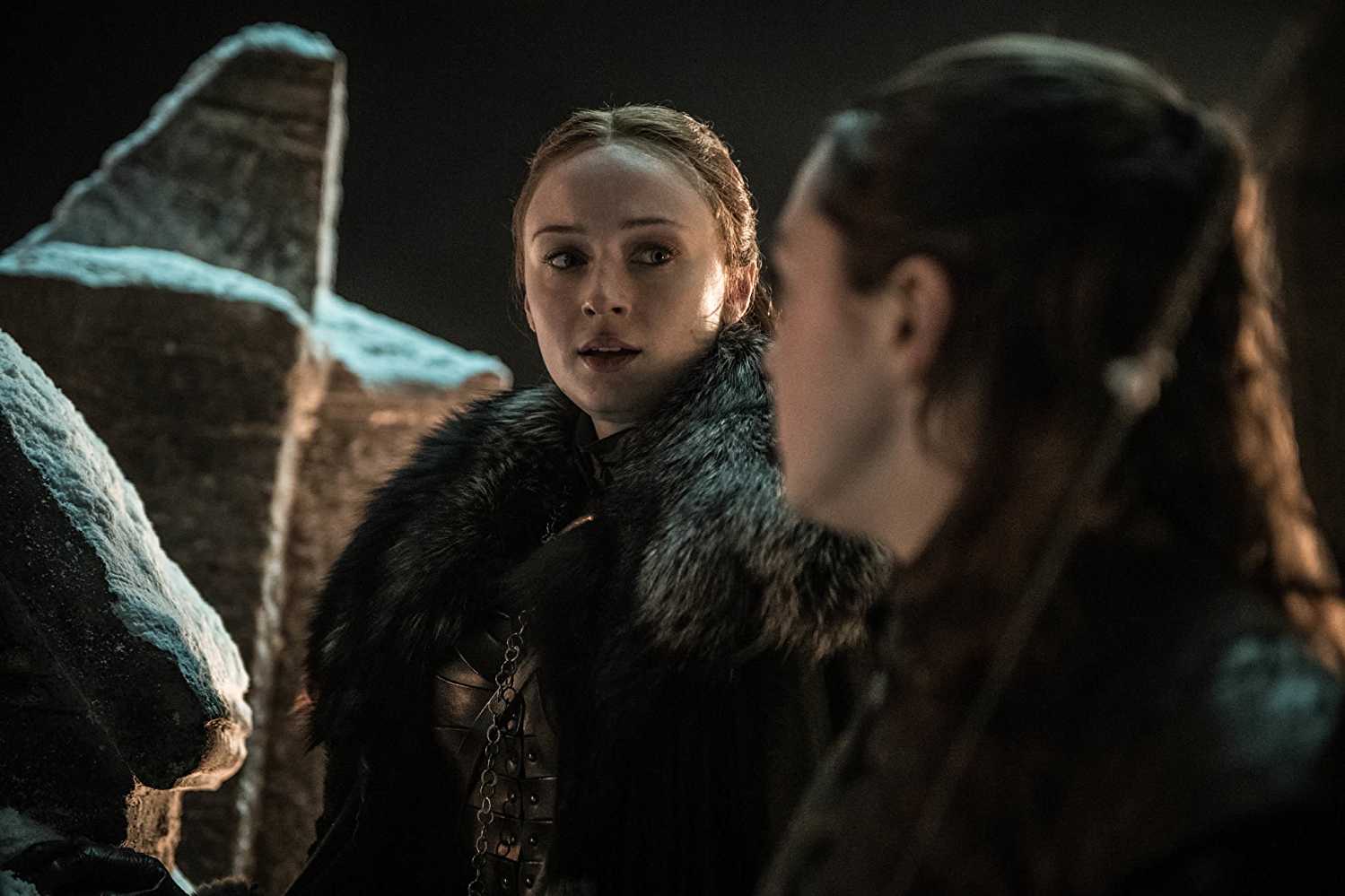 Thrones Y’all! WHAT.AN.EPISODE. Truly epic. Truly Game of Thrones standard, and a gold one in that too. I would place this one right up there with ‘Hardhome’ and the ‘Battle of the Bastards’, easily beating ‘Blackwater’ and the likes of that. I suspect that the 10 on IMDb is going to break on this one, and eventually be stuck on a 9.9. Not just the critical aspects, this episode delivers what the audience have been yearning for and expecting from the final season of this blockbuster show.

If no more surprises regarding this are in store, I think we can safely say that a long running arc in the show has been closed with the utmost satisfaction and fan service, with enough surprises in there to give a nervous breakdown to even the most steely viewers. While my individual reviews for the previous episodes were not favourable, this one episode just goes on to show that the makers have got control of this ship, and boy do they take it in dangerous directions. Goosebumps inducing, extremely skilfully made, well written, well performed, and living up to its name while setting an impossibly high benchmark for television. Hell, this was almost a feature film, and in some parts, even better than regular ones. Now as with the previous ones, this is a SPOILER filled review, so beyond this point, you might want to steer back if you still haven’t watched the show. 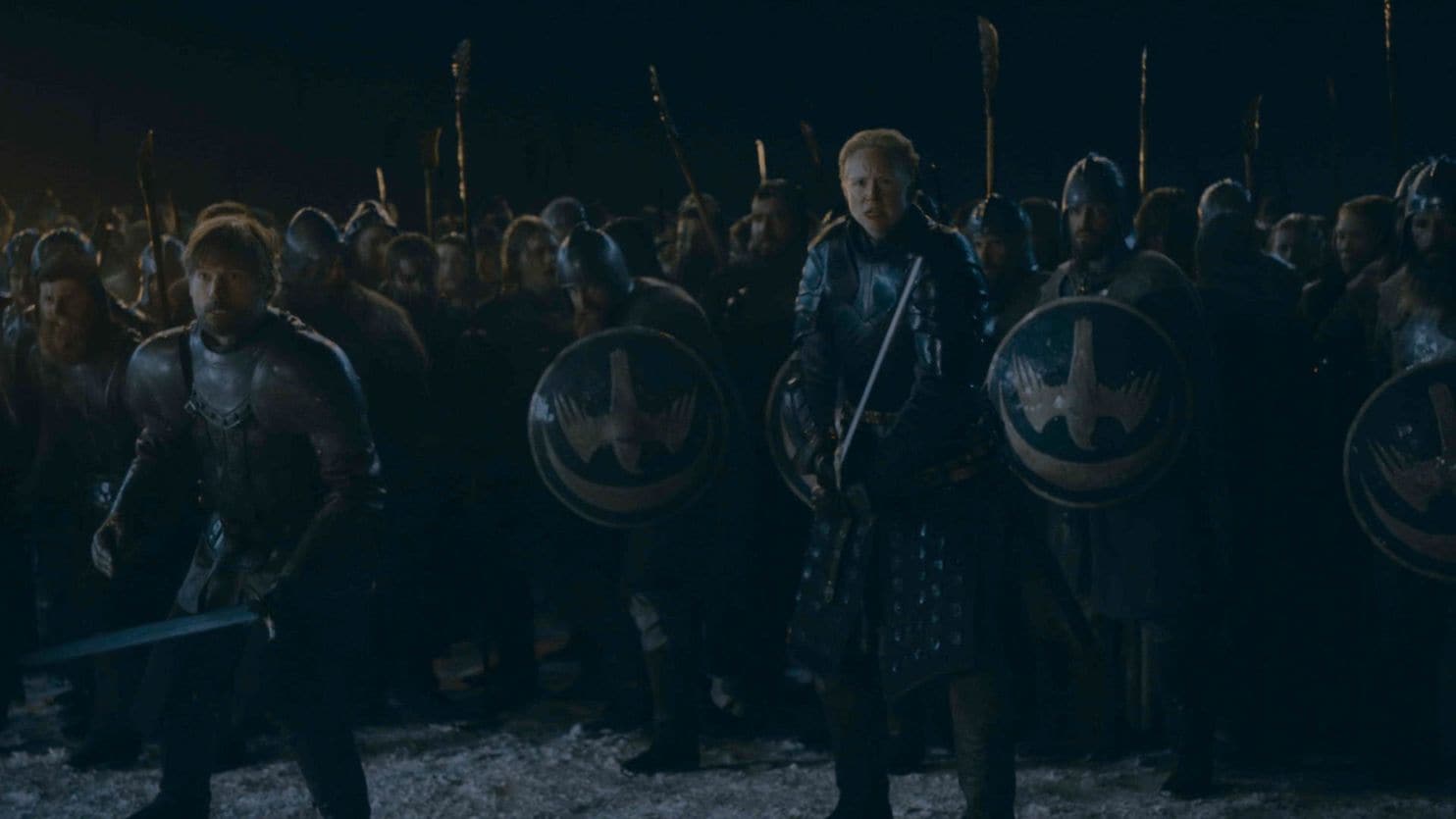 I’m honestly too nerve wracked to write about this episode’s nitty gritties so I am going to try to keep this review to the point, because the fan in me is screaming as a stream of thoughts and feelings go through me. This weekend, as stated, extracts a heavy toll on fans while delivering epic showdowns. ‘The Long Night’, currently the longest episode in the series is a much welcome return to form for this final season, and if this is any indication of the forthcoming episodes, also touted to be 80 minutes long each, we fans are in for a horrific treat.

While the latter is a bit obvious, the “horrific” part of it stems from the fact that well, this is GoT we are talking about, an MA rated medieval fantasy show. Where there are going to be epic battles with magnanimous build-ups and payoffs, there is also going to be a huge body count: including characters that we have grown to love and care about. The same is the case with this episode, where the Battle of Winterfell against the White Walkers and the Night King leaves a pile of bodies in its wake, and a handful of loved ones as well.

While all of the major deaths in this one have been predicted correctly by me in an earlier article, emotionally, it’s a darn rollercoaster when you see it, with dangers lurking, hacking and slashing left, right and centre, and surprises and shocks galore. Onwards to the plot now, not that we are done showering the praises. 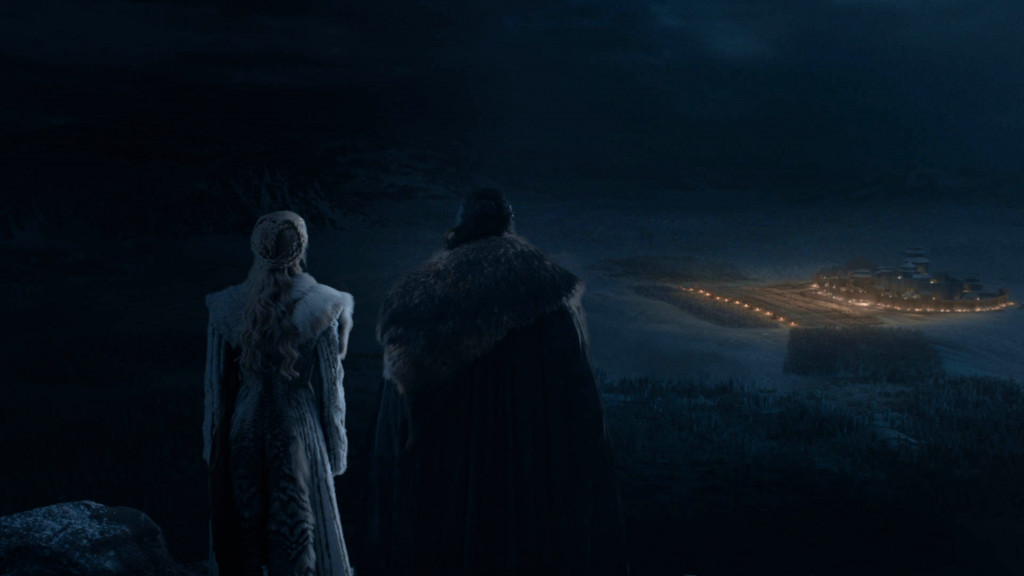 The Battle of Winterfell, if I haven’t already given away enough, is one bloody battle, and a truly glorious one. Right from the first frame of the episode, tension mounts high as foreborne by the previous episode. The show wastes no time in setting up the stakes as the entire Dothraki army is singularly slain as they go into the dark. The armies at Winterfell including the Unsullied and the other major players in Winterfell are immediately outnumbered and while Jon and Daenerys take the fight aerial with Drogon and Rhaegal paving the way for some stunning mid-flight fight sequences, they too are immediately overpowered by the Blizzard the Night King brings in.

There is a lot of impromptu strategizing that continuously fails as the dead scale Winterfell’s walls adding a lot of urgency to the proceedings, even as you see the knights at Winterfell getting increasingly clobbered by the army of the dead. As a couple of major players including Lyanna Mormont who was fearless even in death, Eddison Tollett, and Beric Dondarrion, the reason for whose resurrection is made clear this time around, the Night King makes a stellar appearance, while the saviour focus shifts to someone you’d not initially expect, delivering probably the best GoT twist in recent times. 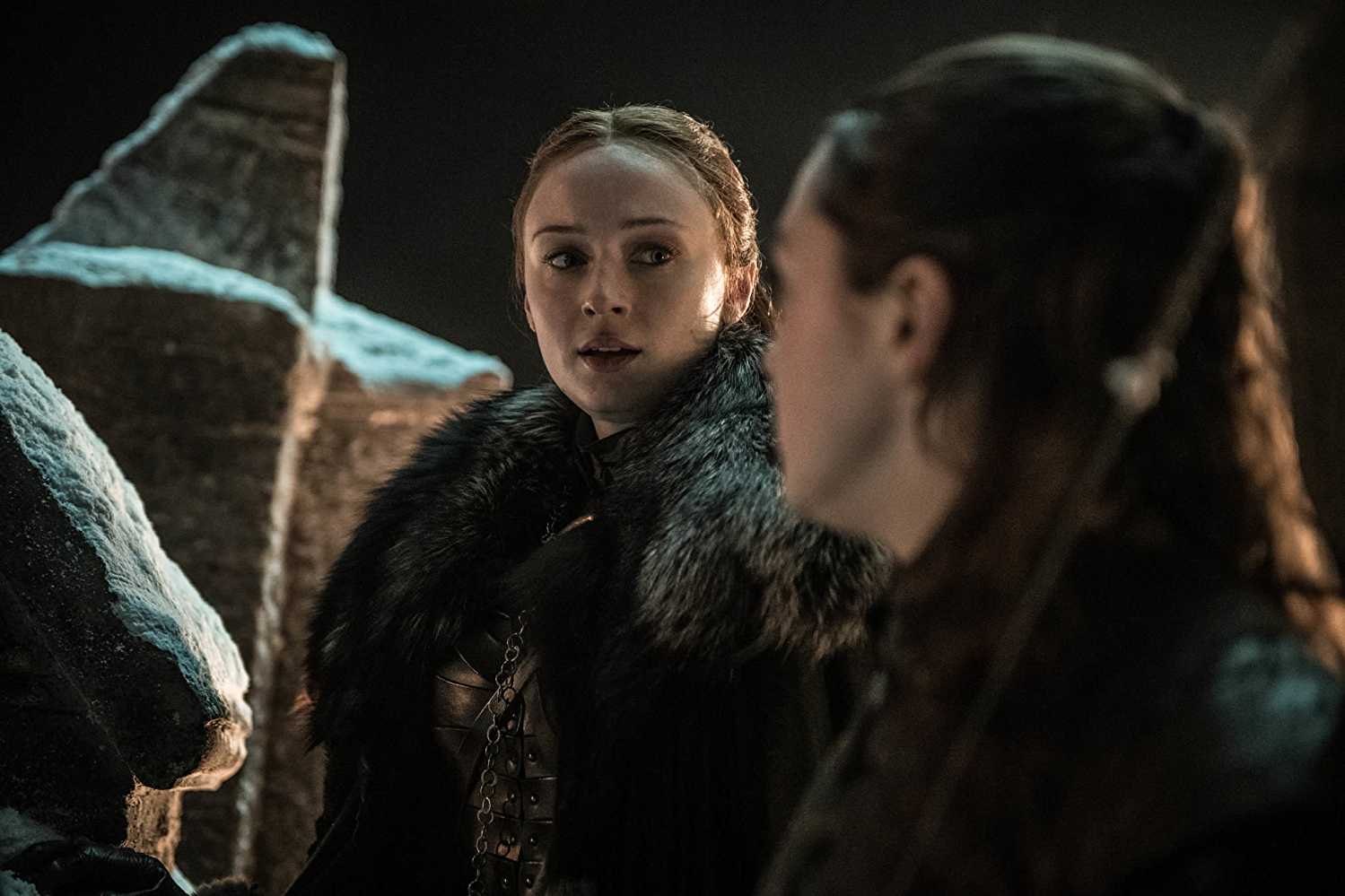 The two things that prove the most instrumental to this episode, also presenting two major twists that seal the very fate of Westeros come in the form of the Red Woman, Melisandre and Arya Stark, who got branded as the resident badass of Westeros years ago, but goes on to truly fulfil her destiny this time around. In a call-back to season 3 where the two initially crossed paths, Melisandre prophesises that Arya will go on to shut green, brown and blue eyes, immediately making her realise her destiny, and she goes on to fulfill it in unmistakable style, as she stabs the Night King with Littlefinger’s Valyrian Steel dagger, killing him and all the Wights with him, once and for all. Like the last episode, there is an emotionally overwhelming moment here as well: Theon Greyjoy’s redemption arc is finally completed as he bravely sacrifices himself to protect Bran from the Night King. Even though he was spiteful in previous seasons, his death is the one that hits the most, because his arc comes full circle, tying with Ser Jorah’s death, perhaps the most tragic arc in all of seven kingdoms: one of unrequited love and dying protecting that love. The feels.

Finally, the red woman who also prophesised her own death too collapses outside the gates of Winterfell, knowing her role and destiny in Westeros to be complete, as she takes off the necklace of the lord of light. As the long night now retreats and a dawn may finally be upon us, peace be to the survivors and rest to the fallen as we now prepare for the battle at King’s Landing. Hard to beat this one though, since a certain course with a heading has been charted that can only grow to exhilarate in greater measure. All you can hope for is to sit tight.