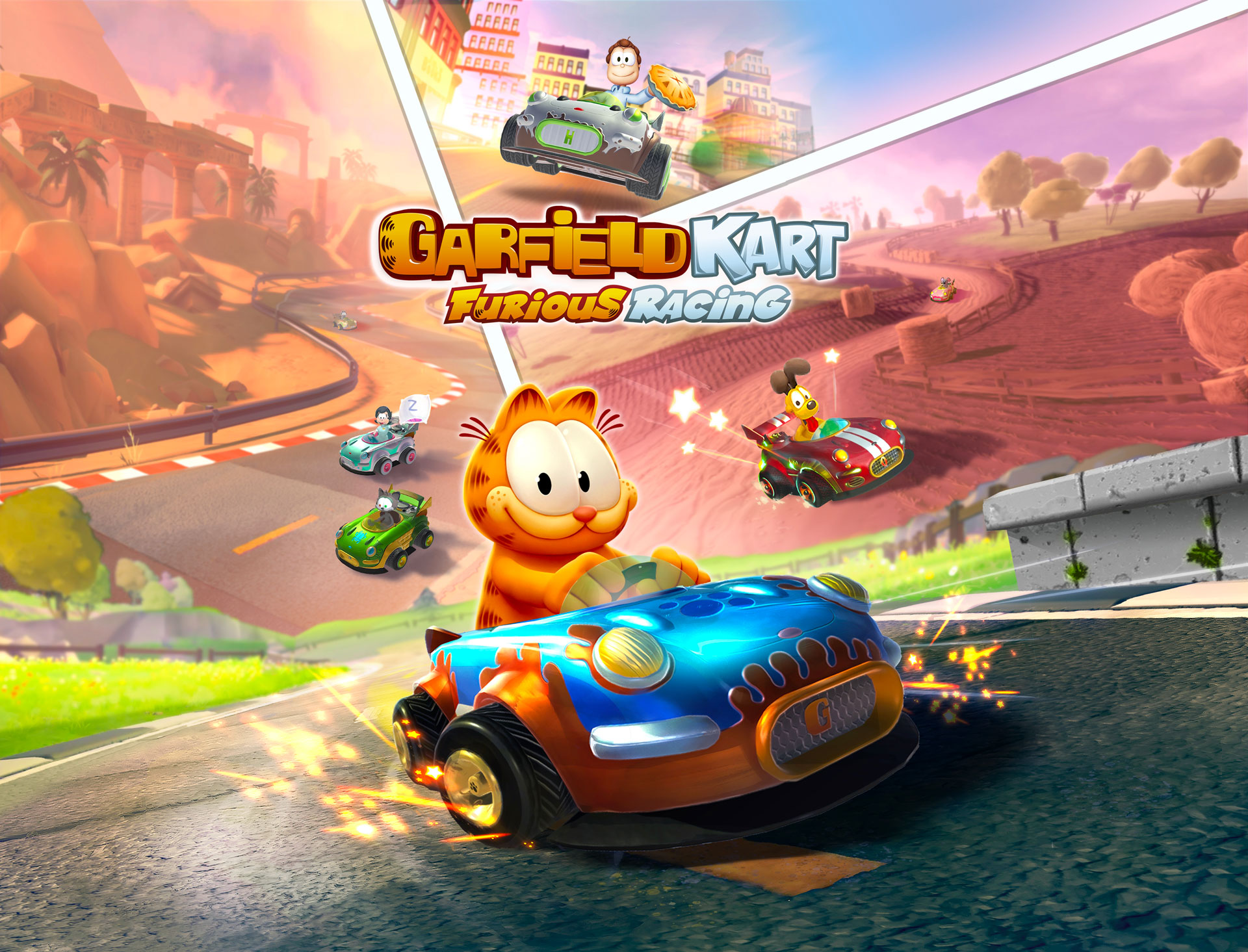 The original ‘Garfield Kart’ game released in November 2013 by French developer Artefacts Studios and published by Microids was a very curious case. The game bombed critically, with overwhelmingly negative reviews. Many critics complained about the game’s lack of originality, and some even termed it as a “dreadful” game. The game was so bad that it turned into a bone fide Internet meme, and gamers started to heap mounds of sarcastic and ironic praise on ‘Garfield Kart’, which ultimately gave the game a very positive user score indeed.

Now, half a dozen years after the release of the quirky original, developer Artefacts Studios is gearing up to release a sequel to ‘Garfield Kart’ titled ‘Garfield Kart – Furious Racing’. Read on to find out everything we know about this all new kart racing game featuring the iconic Lasagna loving tangerine house cat.

‘Garfield Kart – Furious Racing’ is a kart racing game in the vein of the incredibly popular ‘Mario Kart’ series from Nintendo. You choose a cartoony character to play as and proceed to get into your cartoony racing kart to race against your friends, or AI enemies if you don’t happen to have any of the former. You can collect 9 different attack and defense based bonuses across the length of the track, and use them to specifically advantage yourself, or disadvantage your opponents during critical portions of the race. Boosting and drifting also make up a fundamental part of the basic kart racing gameplay in ‘Garfield Kart – Furious Racing’.

The Steam page for the ‘Garfield Kart – Furious Racing’ describes it as: “Garfield, the famous lasagna-loving cat is back to take on Jon, Odie and company in a no-holds-barred racing game! Choose your character and kart according to their characteristics and your driving style, get off the starting line first and control skids to outrun your opponents. Use crazy bonus objects, like the Pillow or the Magic Wand, to gain an edge and get over the finishing line first”

The game features 3 unique single player modes including Grand Prix, Single Race and Time Trial. As you would expect, there is a fully fledged multiplayer component that allows for 4 player competitive player in local split screen mode, and up to 8 players online.

You can choose from one of 8 iconic Garfield characters – Garfield the tubby ginger cat, Odie the large tongued dog, their owner Jon Arbuckle, his love interest Dr. Liz Wilson, Garfield’s nemesis Nermal the cat, Garfield’s feline love interest Arlene, his frenemy Harry the cat and Squeak the mouse. Each unique character has a selection of 8 cars just for them.

Like the previous game, ‘Garfield Kart – Furious Racing’ will allow you to fully customize your kart with numerous accessories and cosmetic skins, as well as unlock and equip unique hats on your characters by winning certain races. The game does not feature much of a progression system beyond a few simple cosmetic unlocks.

Garfield Kart 2 Developers: Who Are The People Behind It?

Garfield Kart 2 Release Date: When And Where Can I Play It?

‘Garfield Kart – Furious Racing’ initially debuted on the Steam platform on PC on November 7 2019, with a subsequent 19 November 2019 release planned for the PlayStation 4, Xbox One and Nintendo Switch.

The game will support TV mode, Tabletop mode and Handheld mode on the Nintendo Switch for satisfying split screen gameplay.