Is George Lopez Married? Who Are in His Family? 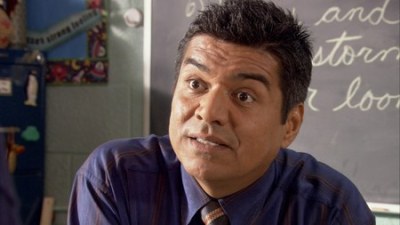 Actor and comedian George Lopez, best known for his sitcom specials, is a familiar name in the US comedy scene. His uncanny ability to hilariously explore issues related to race, politics, and life lessons is what makes him so popular. Lopez primarily draws inspiration for his acts from the Latino community. For instance, his Netflix special, ‘We’ll Do It For Half’ dissects cultural differences, emotional support animals, gender reveal parties, elevator etiquette, among others.

The multiple-award-winning personality was named among “The Top 25 Hispanics in America” by Time magazine in 2005. Apart from that, Lopez has also starred in multiple shows and movies. Today, let’s get to know him a bit better. Read on!

Lopez is a native of Mission Hills, LA, and he was born on April 23, 1961. He is the son of Frieda and Anatasio Lopez. Lopez had a difficult childhood. At the mere age of two months, when he was still a baby, Lopez’s father left him. After he reached 10 years, even his mother deserted him. Lopez grew up under the care of his maternal grandmother, Benita Gutierrez, and her husband, Refugio Gutierrez.

In 1993, Lopez married Ann Serrano. Ann is a producer and actress, known for ‘Arrested Development’, ‘Curb Your Enthusiasm’, and ‘Autumn’.

The couple has a daughter named Mayan, who was born in 1996. However, Lopez and Serrano divorced in 2011, owing to personal differences. Meanwhile, Mayan is an actress, known for ‘Kill Her! Mata La!’, ‘Mr. Troop Mom’, and ‘Handsome: A Netflix Mystery Movie’.

Lopez was suffering from deteriorative kidney disease and in 2004, his doctor advised him to get an organ transplant. In 2005, the surgery took place as his ex-wife Ann donated one of her kidneys. He quickly recovered thereafter and the couple became spokespeople for the National Kidney Foundation.

Lopez spends a fair amount of his time, committing himself to the causes of his native community in San Fernando Valley’s Mission Hills, Lopez devotes much time to the community. He runs his own charity organization called, The Ann & George Lopez Foundation. Lopez was also honored with the Manny Mota Foundation Community Spirit Award and was named the Honorary Mayor of Los Angeles, following his extensive fund-raising efforts for the earthquake victims in El Salvador and Guatemala. Apart from this, Lopez has received multiple honors for his service to the Latino community.

Lopez’s painful childhood was what inspired him to gather content for his stand-up comedy acts. He began his stand-up career in the 1980s by performing in live shows like Comedy Club and The Arsenio Hall Show. In the late 1980s, Lopez had grown quite popular and was featured in tv and notable specials.

His first album, Alien Nation, was launched in 1996. And after that, there was no looking back for the star. He was nominated for the Grammys for his albums Team Leader, George Lopez: America’s Mexican, and George Lopez: Tall, Dark & Chicano. He then progressed to star in his own comedy, ‘George Lopez’, which aired on ABC.

Lopez hosted the late-night talk show, ‘Lopez Tonight’ on TBS in November 2009. Later, he bagged roles in shows like ‘The Naked Brothers Band’ and ‘Reno 911!’. He was also a guest judge in ‘America’s Got Talent’, 2016. His notable film credits include ‘Ski Patrol’, ‘Meet the Blacks’, and ‘River Runs Red’, among others. [Featured Image Credit: NPR.org]