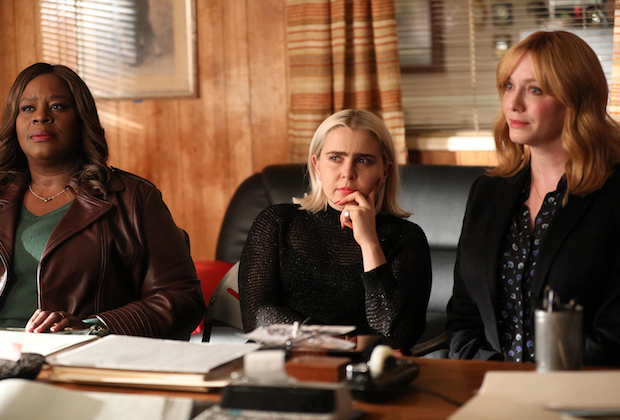 Life for our favorite trio seems to be getting harder in every new episode of The Good Girls season 3. There’s the murder of Lucy, made complicated with the arrival of her boyfriend, and to add to the problems, Rio has not yet left the scene. So how do the girls fare in this week’s episode? Well, find that out in our recap section.

Now, if you are already done watching episode 7, it’s time to get ready for the upcoming week. Read on to know how and where you can watch Good Girls season 3 episode 8.

Good Girls Season 3 Episode 8 Release Date: When Will It Premiere?

Its official synopsis goes as follows: “Beth agrees to pick up a mysterious package for Rio in order to get back in his good graces; Just as Annie finds unexpected support from Josh, she receives devastating news about an old friend; Stan has a surprise for Ruby.”

First things first. The best way to catch up on Good Girls season 3 episode 8  is to tune in to NBC on your tv screens at the above time slot via a cable subscription. The second option is to watch the latest episodes online on the official NBC website.

In episode 7, Beth comes up with a risky scheme. She decides to take 10% off Rio’s share. She reasons that Rio had stolen from them first and she is frustrated with him calling the shots. Meanwhile, Max has not given up on his search of Lucy. Shockingly, he has also acquired a shotgun from somewhere. It looks like his mind is all messed up.

The girls then meet up with Max and the latter threatens them with a gun, asking about Lucy’s whereabouts. Beth divulges everything. A dejected Max replies: “What do we do about this guy?” And he is all set to kill Rio. He tells the ladies: “I’ve got nothing left to lose.”

On the other hand, at the next cash hand-off, Rio suspects that his partners are stealing his cash. Annie visits JT and asks for a loan but is refused. She then divulges that she wants to rob a departmental store and JT is intrigued. But the heist goes wrong and Ruby ends up being shot in the knee.

So instead of hiring a hitman, for which the entire mission was planned, the trio turns their attention to Max so that he can help them end Rio. But the poor boy can barely hold his gun. Toward the end, when Beth returns home, she receives a note: “Elizabeth, Don’t ever steal from me again.”