What to Expect From Good Witch Season 6 Episode 2? 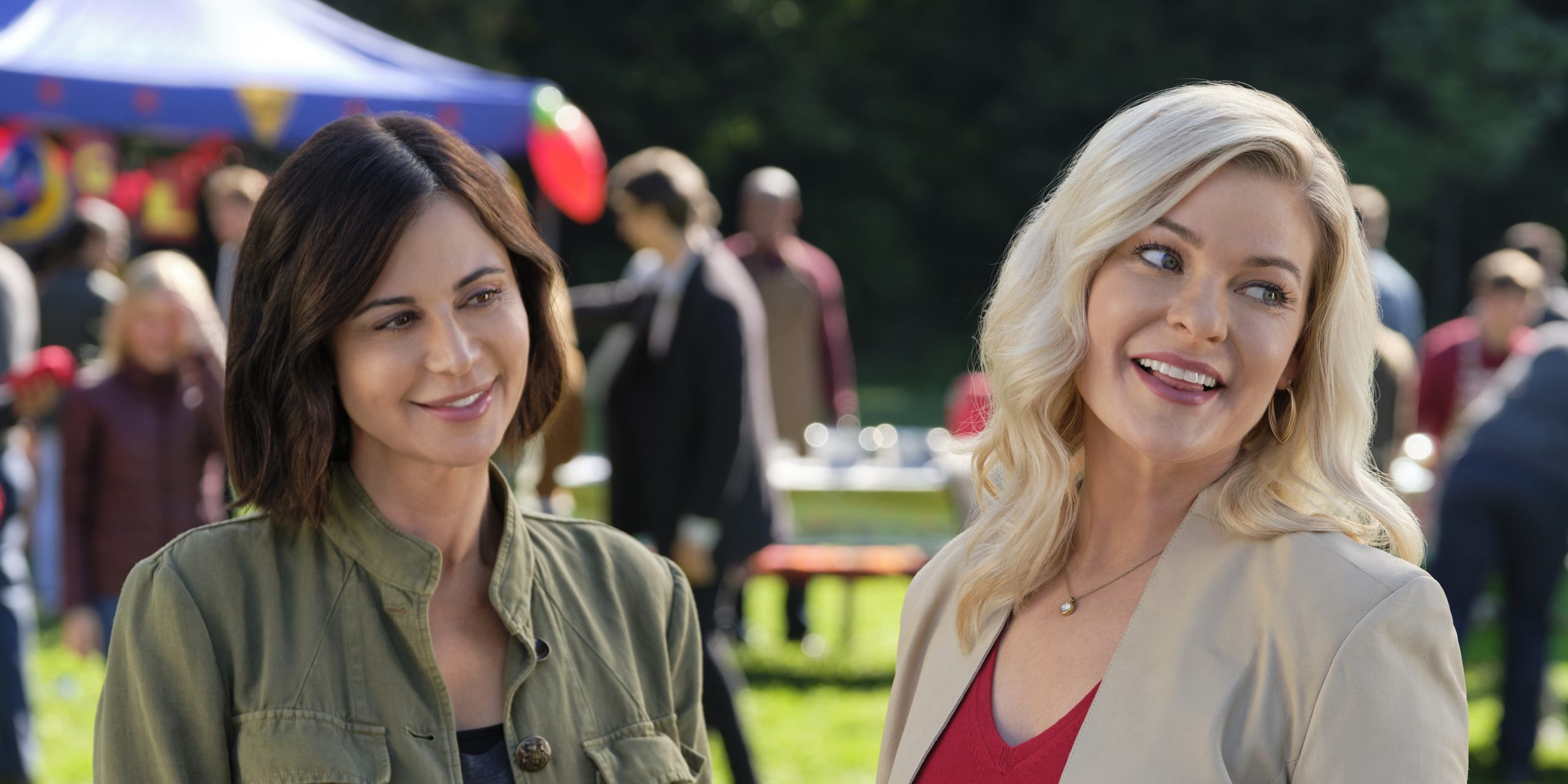 Hallmark Channel’s most popular original series, ‘Good Witch,’ continues to showcase the adventures of Middleton’s enigmatic and warm-hearted witch, Cassie Nightingale. In the sixth season premiere, Cassie and Sam celebrate their first wedding anniversary. Sam heads out to find the perfect gift for his lovely wife, one that can match up to the gift she has given him. Since Roderick Donovan mansion is put up on sale, Dotty aims to secure her family legacy, while Martha wants to own the property as the Mayor of Middleton.

Therefore, the two ladies go head-to-head at the auction. Ultimately, Martha buys the mansion. Poor Abigail receives a misfortune cookie that states she will suffer a terrible heartbreak. But out of the bad news comes a startling discovery that links the Merriwick/Davenport curse and Middleton treasure together. Cassie offers her insight into solving the food truck issue between Stephanie and her business partner, Lisa. Also, Cassie’s bed and breakfast, Grey House, has a new guest, Joy Harper, who quickly becomes the talk of the town. Here’s everything you need to know about ‘Good Witch’ season 6 episode 2!

You can watch ‘Good Witch’ season 6 episode 2 by tuning to Hallmark Channel at the above-mentioned time. You can also catch the show on Hallmark Channel’s official website and on the Hallmark app. If you don’t have a cable subscription, you can watch the show on Philo TV, DirecTV, and Fubo TV. Previous seasons of ‘Good Witch’ are also available on Netflix. You can also purchase the episodes on Amazon Prime. Another way you can stream the show is streaming it on Sling TV.

The upcoming episode is titled ‘The Chili.’

The episode might primarily focus on the newcomer in Middleton – Joy Harper. Right from the time she has set foot in town, Joy has managed to pique the interest of the owner of the BnB she is staying in, Cassie. As a house restorer, Joy’s purpose is to give historical homes a fresh and breezy touch. Martha has put Joy up to the job of renovating the historic mansion she has recently bought at the auction. But her curiosity about the curse and the treasure is enough to raise many eyebrows.

On her first day itself, Joy starts asking too many questions about the Merriwick family history and even notes/records all the information she can gather. Is she a spy? In the upcoming episode, Cassie might delve deeper into Joy’s actions and try to figure out what her ulterior motives are. While doing so, Cassie might stumble across a time capsule, which can throw some light on Joy’s true intentions. We can also expect to catch a glimpse of Grace (Bailee Madison has quit the show in season 5) via flashbacks, as Cassie goes on a nostalgia trip by using the capsule. Do they have a past connection?

Meanwhile, Middleton will see a chili cook-off competition, comprising Cassie as one of the judges from the panel. Realizing he is missing out on a key ingredient, Sam might have to engage in barter with Martha, Abigail, and Stephanie. Martha might deal with a new adversary who can shake things up for her. Abigail might meet up with her father’s new girlfriend, which might compel her to give a thought about her and Donovan’s relationship.