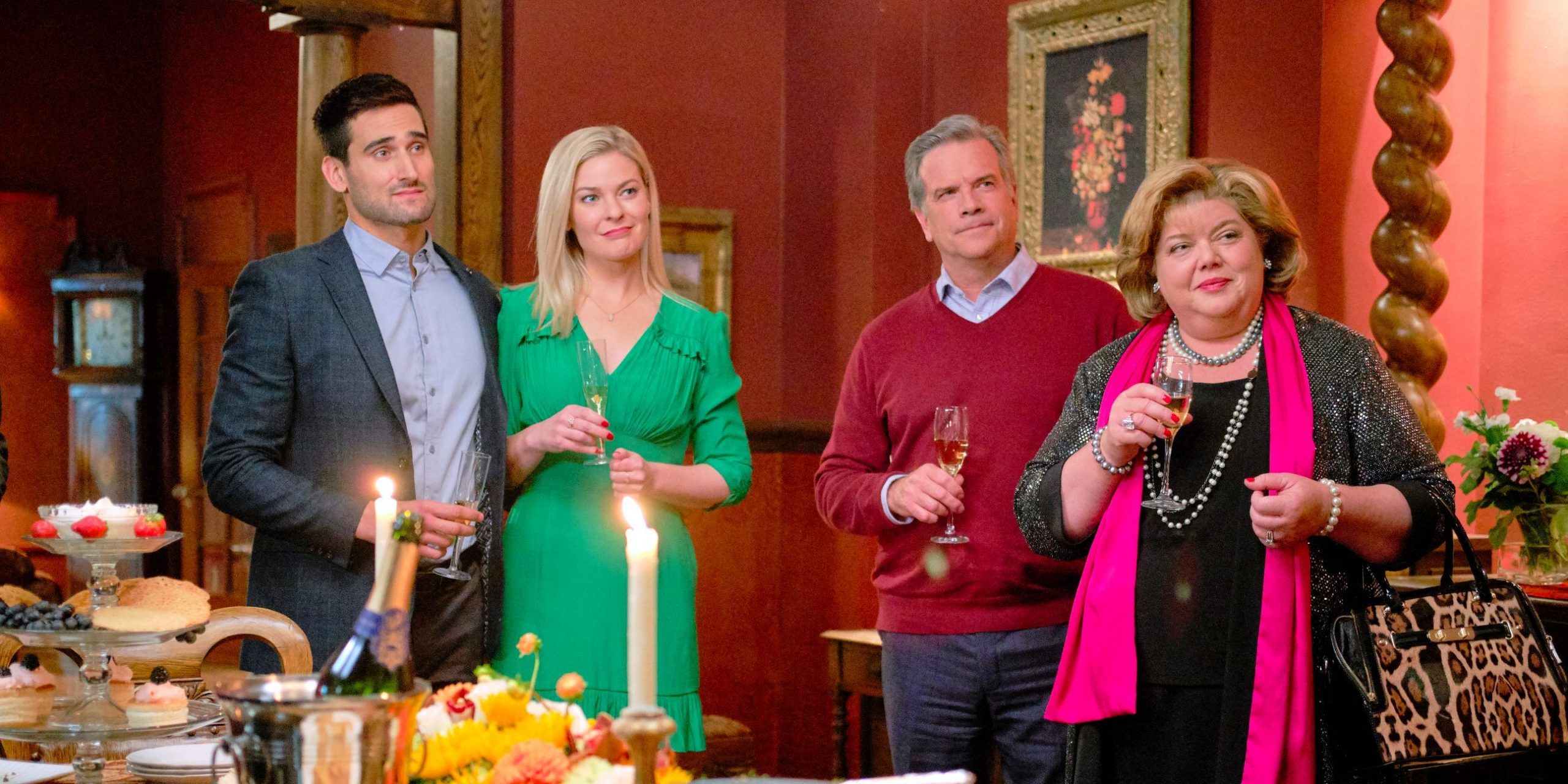 ‘Good Witch’ season 6 chronicles the ups and downs in the lives of the resident good witch Cassie Nightingale and the other folks of Middleton. It showcases how Cassie deals with the entry of a mysterious woman named Joy, who turns out to be her distant family member. In the latest episode, the people of Middleton dine at different houses as part of the safari supper. As the couples are relishing the appetizers, main course and the dessert, they’re interrupted by a health scare, as Adam experiences a tingling sensation in his hand. Sam jumps to his rescue and interprets that it is scarier than they think it is.

Tom and Martha engage in a heart to heart conversation, while Donovan gets worried when Abigail expresses her dream to move to Tuscany. Cassie gets overjoyed when Sam agrees to go with her to Paris for a vacation. Nick arrives in Middleton for the weekend and talks to Sam about his personal and academic struggles as a freshman. Joy initially has a hard time dealing with her work partner, Carter, but the mutual respect and annoyance they share for each other, have set the base for a budding friendship. Want to know what happens in ‘Good Witch’ season 6 episode 5? Keep reading

You can watch ‘Good Witch’ season 6 episode 5 by tuning to Hallmark Channel at the above-mentioned time. You can also catch the show on Hallmark Channel’s official website and on the Hallmark app. If you don’t have a cable subscription, you can watch the show on Philo TV, DirecTV, and Fubo TV. Previous seasons of ‘Good Witch’ are also available on Netflix. You can also purchase the episodes on Amazon Prime. Another way you can stream the show is streaming it on Sling TV.

The upcoming episode is titled ‘The Mandala.’

In the episode, Cassie might think about a temporary career shift by opting for a professorship in art history. Considering her knowledge of the subject matter, it might not be a bad option after all. Sam, on the other hand, will begin the process of determining the cause of the tingling sensation in Adam’s arm. Once he is done with the diagnosis, Sam might proceed with the surgery needed to get Adam’s health back to normal. Being the supportive wife that she is, Cassie might assure Sam that he is doing the best he can, and Adam is lucky to have him as his doctor.

Meanwhile, Abigail and Donovan might conclude that the missing piece of diamond from the treasure can help them break free from the Merriwick curse. There is a possibility that Joy might extend a hand to her cousin in her mission. Martha might get super excited about the fact that her son, Dylan, daughter-in-law Clare and granddaughter are coming over to live with Martha and Tom for a while. As Dylan might head off to a 2-day business trip to Chicago, it will be interesting to see how Clare and Martha get along. Also, we know Carter has a girlfriend, but for how long? I mean, there clearly seems to be some chemistry beneath Carter and Joy’s love-hate relationship.