The sleepy town of Ore City in Texas was rocked by the violent death of a former pastor, Gordon Maxwell, when his remains were discovered in his burning automobile in August 2011. The police had to shift through conflicting statements and a ton of evidence before finally catching the killer. Investigation Discovery’s ‘Blood Relatives: Burning Love’ documents all the twists and turns of the case and presents a coherent account of all the happenings. If you are already interested, looking to know the identity and current whereabouts of the perpetrator, then we have you covered. Let’s start then.

How Did Gordon Maxwell Die?

Born in Gladewater, Texas, on November 24, 1964, Gordon “Shag” Lynn Maxwell graduated from Ore City High School before moving to Coushatta, Louisiana. He spent most of his adulthood there, attending the Freedom Ministry Church, where he surrendered to the ministry and acquired his license. His friends and acquaintances lovingly called him “Shag.” He went on to become the preacher of the Amazing Grace Baptist Church till November 2010, when he moved back to Ore City. Gordon married Sharon Anne Maxwell on March 20, 2011.

Hence, it came as a shock when a 911 dispatcher received a frantic call for help on August 30, 2011, from Sharon stating her husband was missing. Sharon added that his truck parked in the backyard was on fire, and she could hear explosion noises of bullets coming from it. Gordon’s brother, Christopher Maxwell, a volunteer firefighter, arrived at the scene first and witnessed smoke coming from the back of the home. Scaling the back porch, Christopher entered his brother’s residence on Highway 155 and knocked on the backdoor. As per him, the door was answered by Sharon and her son, James Potter.

Christopher stated that Sharon “had a towel around her head like she had just got out of the shower” while James was in pajama pants, no shirt, and shoes, looking like he “kind of just woke up.” While the fire department doused the fire, the authorities discovered a body burnt beyond recognition “located on the floorboard” in the front of the truck and “numerous shell casings.” The police reports also stated that the rear passenger compartment contained unburnt “paper products, several magazines, and books all behind the seat area.”

Samples taken from the floorboard of the truck and the clothing found on the body would later test positive for gasoline, as reported by the State Fire Marshal’s Office Forensic Arson Laboratory. The authorities also found “several red plastic containers that had gasoline written on them,” including one leaking can, confirming the use of accelerant in the fire. It was also revealed that Gordon’s clothes had been doused with gasoline. Dental records confirmed that it was Gordon’s body and the autopsy report revealed that he was shot four times in the head with an unrecovered .22 caliber revolver.

All the evidence at the crime scene pointed toward Sharon, and the investigators wanted to search the house. But even though her family encouraged her to give consent, Sharon refused. She was then voluntarily taken to the station for her first statement, and the investigators searched the house after obtaining a search warrant. As per reports, they noticed “something on the wall that appeared to be a blood stain or blood spatter” on the headboard as well as the ceiling in the main bedroom. 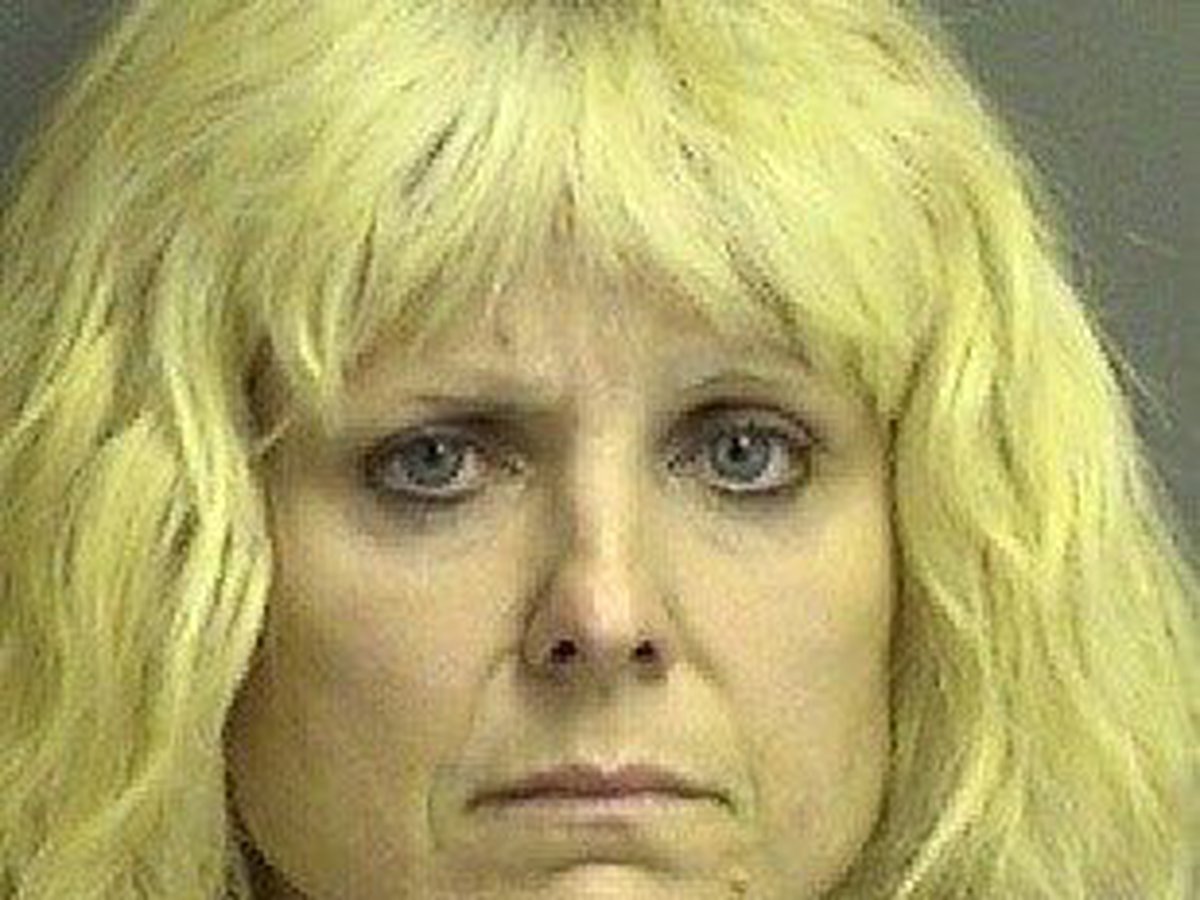 Furthermore, the bedding and related items such as pillow cases and sheets had been stripped and tossed in a black trash bag. The discovery of the cleaning supplies on the kitchen counter helped the investigators deduce that “a cleanup had taken place.” In her first statement, Sharon denied any involvement in her husband’s death and painted an image of a “fairytale” marriage with no abuse on any part. Sharon’s marriage with Gordon was her 10th; he was her high school sweetheart.

Sharon claimed that Gordon had gone to fix the fuse box of his truck, and she was in the shower when she saw the truck was on fire. She woke up an ailing James, 19, who was recovering from kidney surgery, and called 911. However, her delay in answering simple questions and scratch marks on her legs made the investigators suspicious. Sharon’s statement quickly changed when she heard about the discoveries made in the home by the investigators. She then claimed that Gordon was abusive and controlling and said, “He had the gun in my mouth and he told me he was gonna blow my brains out.”

According to Sharon, the gun went off accidentally. She then wrapped Gordon’s body in a blanket, pulled it to the truck, and set it on fire using gasoline. Sharon also stated that James was asleep in his room during the whole situation. Investigators soon learned that Gordon had started working at US Steel and took out a life insurance policy for $175,000 the next day after their wedding. There was also an insurance policy on the Maxwell residence that would pay off the loan in case anyone of them died.

Sharon could not collect the life insurance payout since Gordon had to be employed for at least 90 days. The probe also reported Sharon cheating on Gordon with one of her exes, Joseph Adam Stroman. In his testimony, Stroman told the court that he had a “sexual encounter” with Sharon “two weeks and one day before” Gordon’s murder. He added that a week prior to the fateful day when Gordon lost his life, Sharon warned him about Gordon finding out about their reported affair. “Gordon was watching her phone. She had to be careful,” Stroman said.

One of Gordon’s colleagues also testified that Gordon seemed distressed and had even considered filing for divorce even though he wanted to make his marriage work. Facing life in prison, Sharon again changed her statement, alleging that her son, James, had killed Gordon, and she was only trying to cover for him. However, an examination of James’ medical records ruled him out as a suspect – James suffered from chronic kidney disease and had undergone a kidney stent placement days before Gordon’s murder.

Where is Sharon Maxwell Today?

Witnesses refuted Sharon’s claim that Gordon Maxwell was a violent man. In August 2012, a jury found Sharon guilty of murder and sentenced her to life imprisonment. Additionally, a fine of $10,000 was also imposed on her. She appealed to the Court of Appeals Sixth Appellate District of Texas, but her appeal was overruled and the sentence upheld on February 12, 2014. As per official court records, Sharon is currently incarcerated in a prison cell in the William P. Hobby Unit (HB) in unincorporated Falls County, Texas. She wouldn’t be eligible for parole until August 29, 2041.