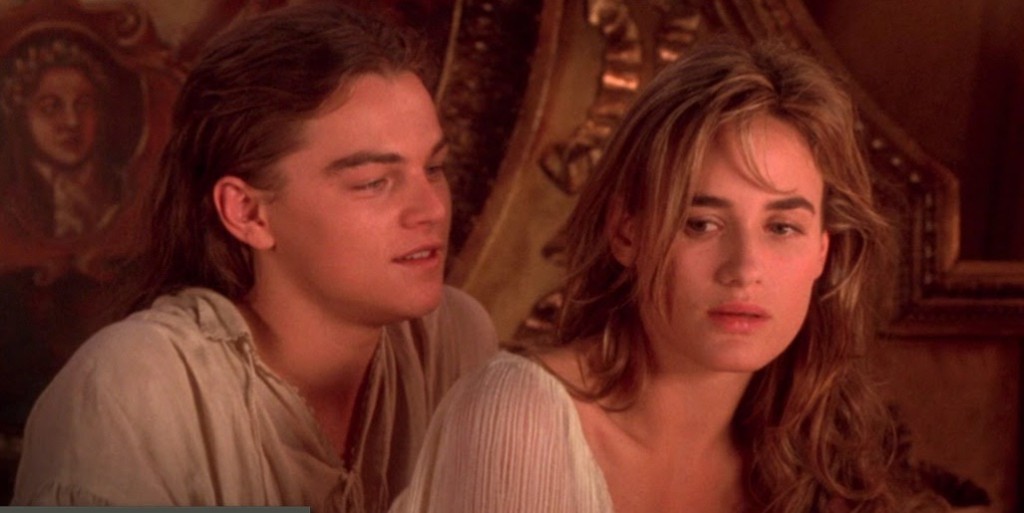 The Razzies, or the Golden Raspberry Awards, are annual awards, much like the Oscars, honoring the worst performances of the year. They both work in superlatives, with the Razzies getting conducted just a day before the Oscars. The chances for an actor winning the two on consecutive days is a possibility too. Though, Daniel Day-Lewis certainly makes sure this won’t happen with him (sigh)! But there has been only one artist, who has had that distinction (read until the end). There have been many a times when the great thespians of the industry have donned the entertainer hat, and have given terrible performances for commercial purposes. This list documents the great actors who won a Razzie for worst acting. 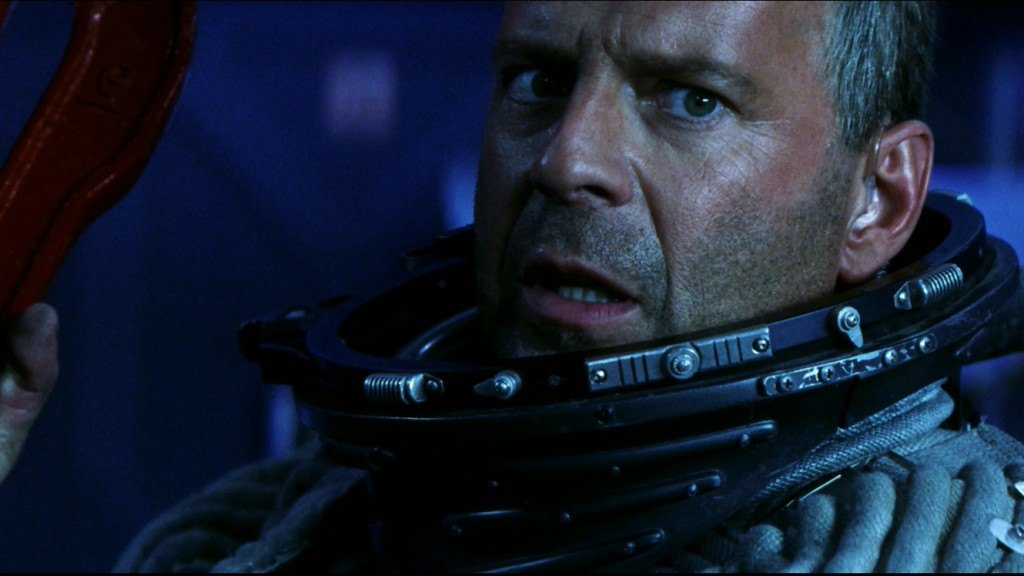 Bruce Willis is a star, having appeared in over 60 films, in a career spanning almost four decades. He has to his name films like ‘Pulp Fiction’, ’12 Monkeys’, ‘The Sixth Sense’, ‘Unbreakable’, ‘Looper’ and is the suave star of the Die Hard series. He is a winner of three Emmies and a Golden Globe as well. But one particular recognition, infact three, standout. In the year 1998, Willis won three Golden Raspberry Awards for his performances in ‘Armageddon’, ‘The Siege and Mercury Rising’. All the films did very well commercially, with Armageddon even going on to become the highest grossing movie of the year. In spite of that, they received overwhelmingly negative reviews, with the performances of the cast, especially Willis, being the subject of septic criticism. Despite his Razzies win, Willis remains one of the most recognizable and loved stars globally. 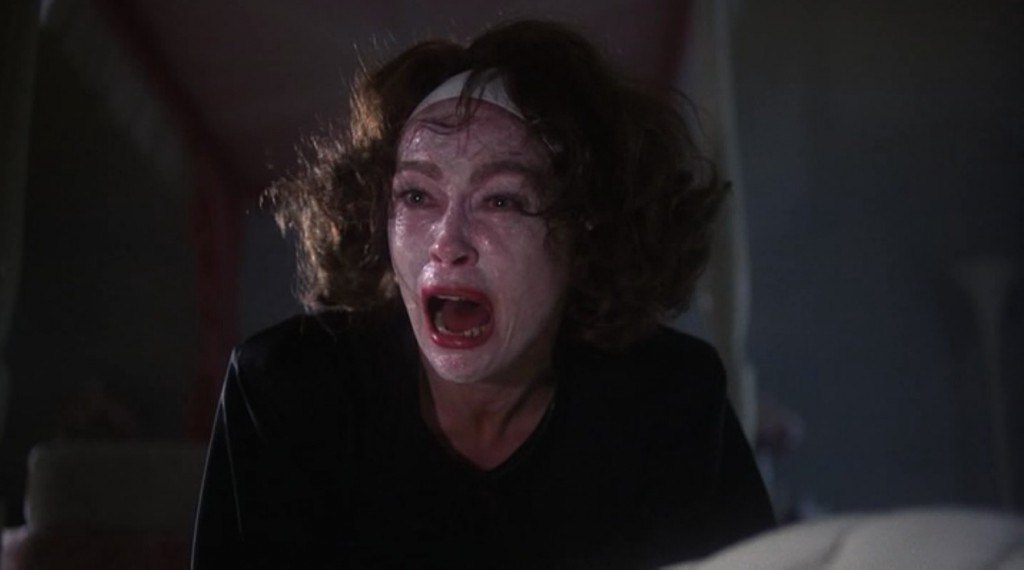 Most recently in news for her Oscar debacle, co-conspiring with Warren Beatty to break our hearts, Faye is a Hollywood legend. Not only has she achieved stardom and popularity among the crowd, but also has stunned critics with a wide range and her choice of independent films. She has to her name one Academy, Emmy and BAFTA award, along with three Golden Globes. She has starred in films like ‘Bonnie and Clyde’, ‘Chinatown’, ‘The Towering Inferno’, ‘Network’ and ‘The Three Musketeers’. Since the conception of the awards, Faye has had the unfortunate distinction of being nominated for two consecutive years, winning in the year 1981 for ‘Mommie Dearest’. Even though she was praised for changing paths and doing a more mature role, her performance was met with negative reviews. 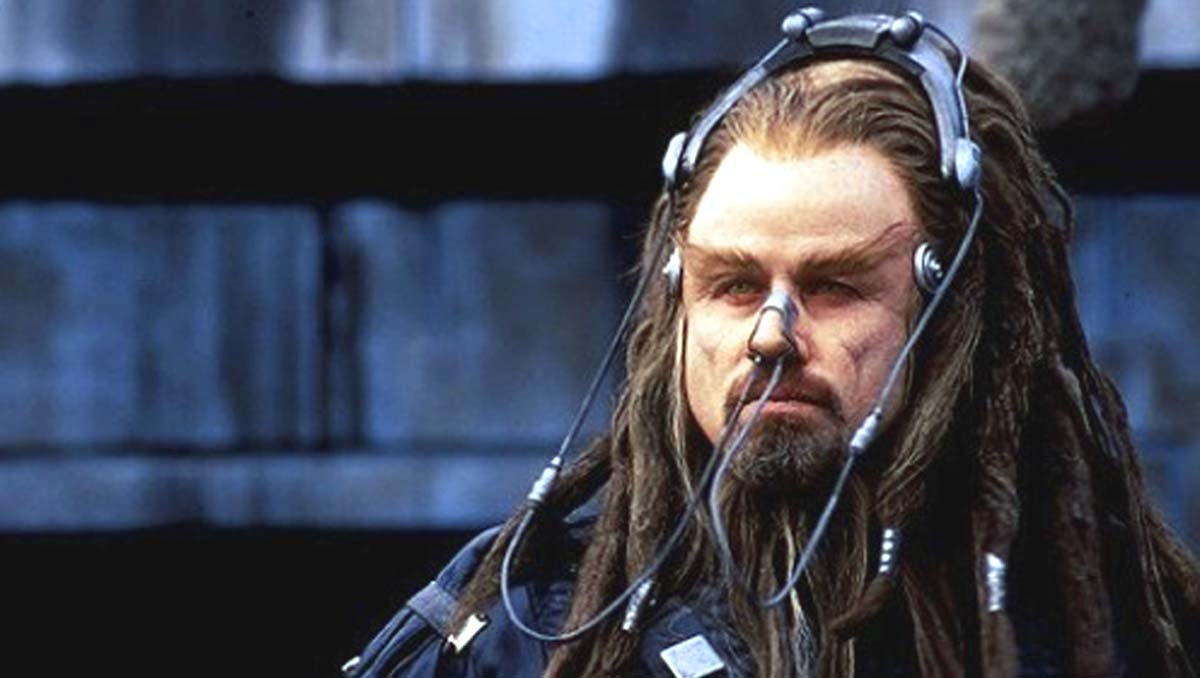 Travolta is an actor who brings ambivalent vulnerability and loathing to his characters. He always comes up with something unique and original. His career has seen glorifying highs and rock-bottom lows. Having starred in films like ‘Pulp Fiction’, ‘Swordfish’, ‘Grease’, ‘Face-off’ among others, he is one of Hollywood’s most precious jewels. But the year 2000 certainly was a year to forget with ‘Battlefield Earth’ and ‘Lucky Numbers’ . The former is even considered to be the worst film ever made.He bagged two Razzies, both the films tanked at the box office and were highly criticized. They became subject to vicious internet trolls, with certain memes doing rounds today as well. His choice to do these movies appalled everyone alike.

5. Brad Pitt and Tom Cruise (‘The Interview with the Vampire’) 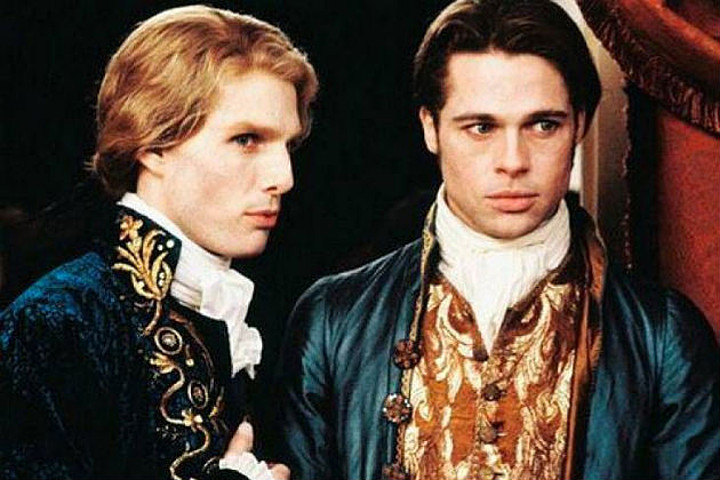 Finally a movie when these Hollywood hunks came together! Seeing them in the same frame sent chills down the spines of teenage girls and old women alike. Not so much with everyone else. Even though the film was a huge commercial success, performances of both the lead actors was panned by the critics. Pitt came in for scathing criticism, with many deeming it a “casting blunder.” The film got two Academy nominations, and the actors got two Razzies for Worst Couple on Screen. Even though Cruise got some recognition for his portrayal of Lestat De Lioncourt, people couldn’t batter an eye for the travesty presented on screen by the pair. 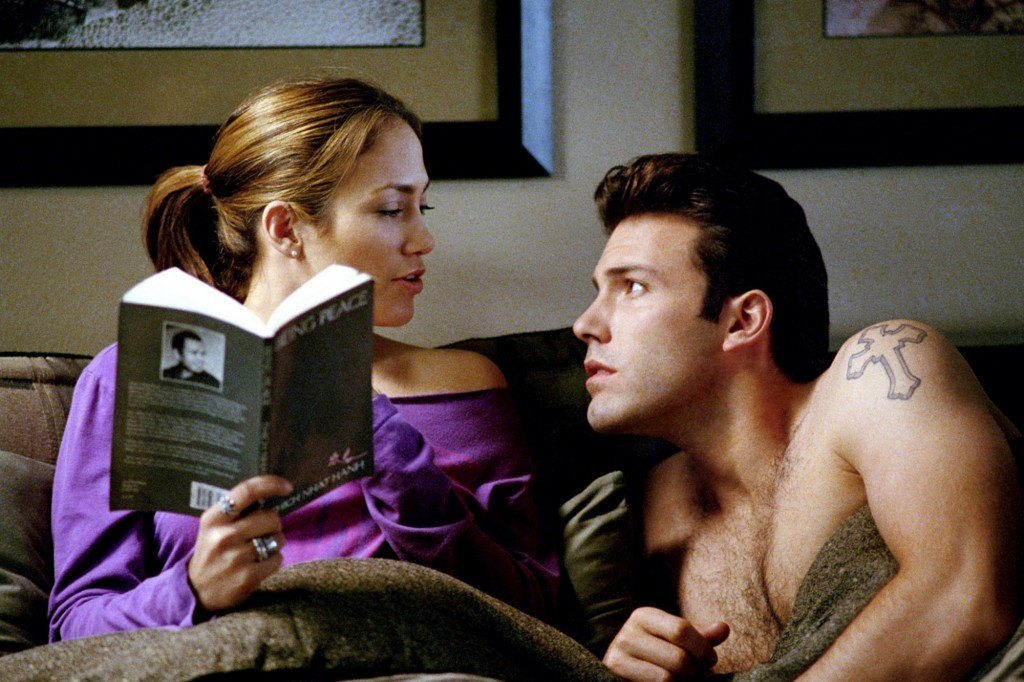 Affleck is one of the industry’s most revered and cherished artist. His films have always garnered critical acclaim, always winning awards and much love from the audience. Well, not always. A winner of two Academy Awards, three Golden Globes and two BAFTAS, Ben has also been the recipient of three Razzies. It has now become a thing with actors. They pick a year, and then decide to make it their worst. 2003 saw Affleck win all his Razzies, making him one of the very few to achieve this rare feat. It is extraordinary the quality of work he has produced thereafter, cementing the old adage that “everyday isn’t your day.”

3. Sandra Bullock (‘All About Steve’) 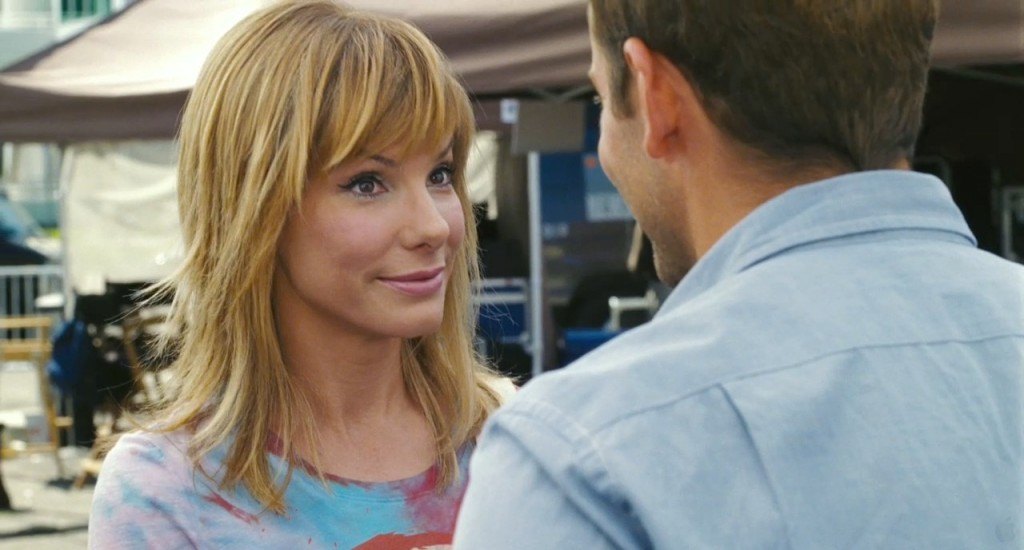 Sandra Bullock is regarded by many as “the” superstar of this generation. Not only does she have an amazing fan-following, all her films are a sure-shot commercial success. She has the distinction of being the ONLY artist ever to have won the Razzie and the Oscar in the space of two days, winning them for ‘All bout Steve’ and ‘The Blind Side’ respectively. Not only did she win the award, but also went on to accept the award in person, the guts very few people have to do.

2. Leonardo DiCaprio (‘The Man in the Iron Mask’) 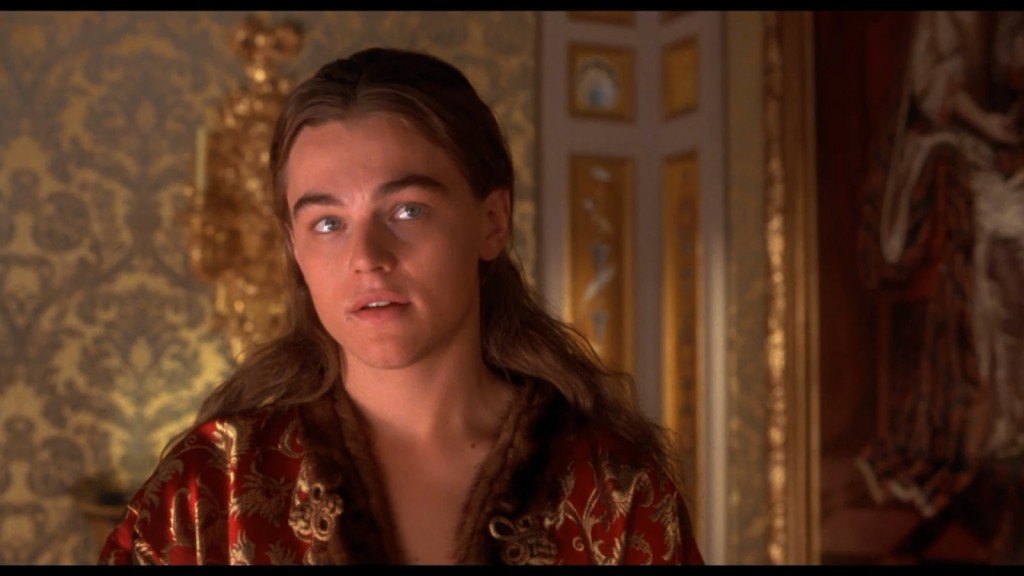 The greatest actor of our generation. The world went gaga when he finally won the coveted Oscar in 2016 for his film ‘The Revenant’. A superstar in the truest sense, Leo has now and again delivered intelligent cinema, with visceral and evocative emotions, being a favorite of critics and audiences alike. His litany of repertoire is definitely second to none, with one particular film besmirching it. ‘The Man in the Iron Mask’ won him an award he wouldn’t be proud of. Not only did he become a part of the Razzies, but has since delivered the best cinematic performances on celluloid, palliating the critics to open their mouths.

1. Marlon Brando (‘In the Island of Dr Moreau’)

Yes! Him too! The greatest of them all! King Brando! There have been a lot of people who believe him to be the founder of method-acting, something he borrowed from his teacher Stella Adler. He has not only given greatest of cinematic performances, but many others that are considered to be in the category have summoned the inspiration and style from him. And when Brando can get a Razzie, anyone can. He got it for the 1996 film ‘In the Island of Dr Moreau’, a film that tanked at the box office, much like his work at that time. Though he ridiculed the award given to him and shipped it to the garbage cans, his performance wasn’t one of his best. It was bad. Really bad. But still, one blip in a career like his doesn’t count!