Where is Growing Belushi Filmed? 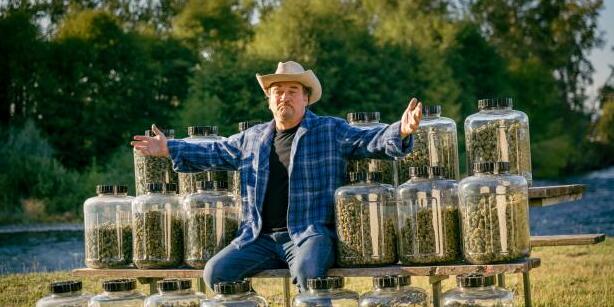 Jim Belushi is a terrific actor, comedian, and singer but not many are aware of his endeavors, away from the spotlight. Well, Discovery Channel’s reality series ‘Growing Belushi,’ puts the spotlight on Jim, the cannabis farmer. Yes, the show gives us a sneak peek into the legal cannabis operation called Belushi’s Farm, that Jim and his team have created from scratch. Apart from introducing us to Jim’s thriving business, the series also highlights the time, dedication, and patience that needs to be invested to run and maintain the operation of producing the psychoactive drug.

It also sheds light on Jim’s motivation behind taking up cannabis-farming. In 1982, Jim lost his brother, John Belushi, to combined drug intoxication. Jim strongly believes that if people knew the medicinal potential of the drugs back in the 70s, his brother would’ve been alive. Therefore, to help evade such a tragedy again, Jim has been dispensing his sun-dried signature cannabis to the local medical shops as prescriptions for medical and recreational purposes. The actor calls his brand, Belushi’s Private Vault. In the entertainment world, Jim is best known for ‘Saturday Night Live,’ ‘The Defenders,’ and ‘Twin Peaks,’ among others. Let’s find out where ‘Growing Belushi’ is filmed!

As you may have figured already, the concept of the show suggests the show is filmed on Jim Belushi’s farm. So, while shooting the first season of the lighthearted and informative series, the filming department flew down to southwestern Oregon and set up a base on Belushi’s Farm for several days or maybe months. Here are specific details about the site!

‘Growing Belushi’ is extensively shot on Belushi’s Farm, located at Eagle Point, Jackson County along the Rogue River in southern Oregon. Spanning across 93-acres, the expansive property is a sight for sore eyes. The series is filmed in and around the farm, the lodge, and some areas in Eagle point.

There’s a beautiful story behind how the whole farming thing came about. Years ago, Jim had a vision and purchased a 13 acres property along the Rogue River, suggested by a friend’s caretaker. He revamped the homestead, calling it the Elks Lodge and would chill on the property while on vacations.

Just behind the lodge was an 80-acre farm, owned by a sweet couple, Charlie and Becca. Jim and Becca became best friends and when she was on her death bed, Becca asked Jim to take care of the farm. Not only did Jim purchase it, but he also went ahead and named the road leading to the farm, after his beloved friend – Becca’s Way.

Adult-usage of cannabis became legal in Oregon in 2014, and that is when Jim began his cannabis farming journey. Now, half a decade later, Jim is on his way to expand his booming business, across the world.