Growing Belushi Season 1: Everything We Know 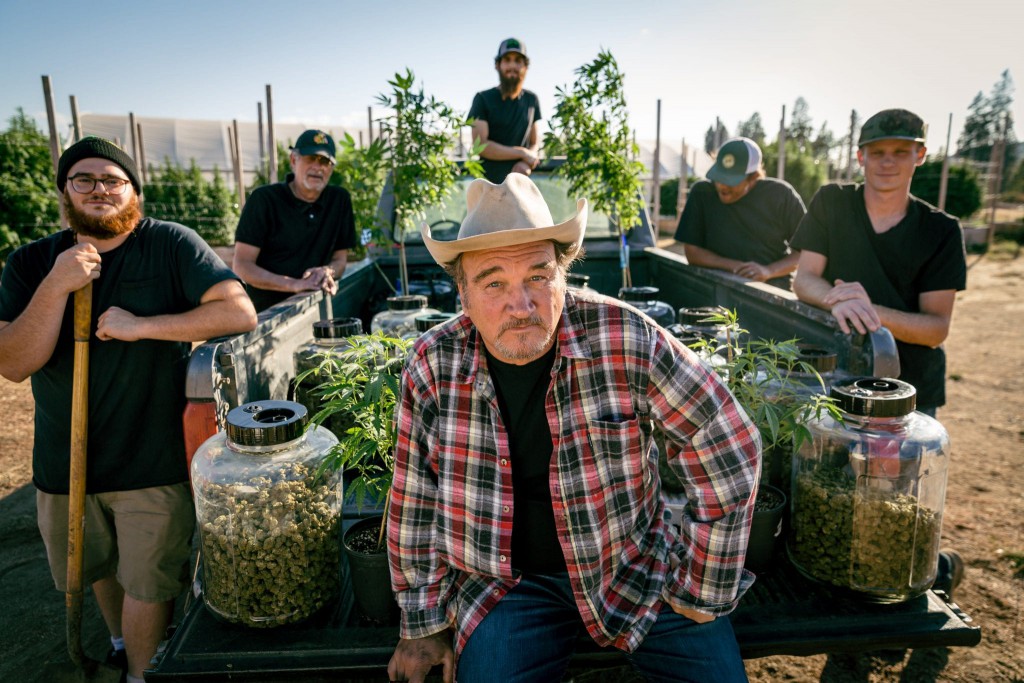 Since the legalization of the use and farming of marijuana in various states across the US, Discovery Channel has been rigorously producing content on the subject. Their latest offering, ‘Growing Belushi’, is part of the trend that has been previously set by shows like ‘Pot Country’, ‘Weed Wars’, and ‘Weed Country.’ It is hosted by actor-comedian-musician Jim Belushi and depicts how he, his family, and his staff work together to harvest cannabis on a 93-acre farm located on the shores of the Rogue River in southern Oregon.  Aside from hosting, he serves as an executive producer on the project along with Jeff Bumgarner (‘Storage Wars’), Jeff Hasler (‘Deadliest Catch’), Ryan Kroft (‘Cocktails & Classics’), Brian Phares (‘RapFix Live’), and Michael Rapino (‘The After Party’).

Jim Belushi has been active in the industry since 1977 and has worn many hats. He has been a comedian, ‘Saturday Night Live’ cast member, actor, musician, singer, and dancer. In 2015, he began farming cannabis. What was initially a small operation has grown into a thriving legal marijuana business. They harvest multiple strains with innovative names like the “Smell of SNL”, “Marriage Counsellor”, and “Black Diamond”. Belushi claims that the last one, the strongest stain in his collection, helps veterans with PTSD.

Here’s a never before seen sneak peak of my new show #GrowingBelushi airing this Wednesday at 10pm only on @Discovery pic.twitter.com/Nw9VaQ4IkX

Before ‘Growing Belushi’, the ‘According to Jim’ star hosted ‘Building Belushi’ on DIY Network in 2015. It is a show about Belushi and a construction crew building his cabin on the Rogue River. ‘Growing Belushi’ marks his return to television following his roles in ‘Twin Peaks’ and telefilm ‘Mating’.

What Is Growing Belushi about?

‘Growing Belushi’ focuses on Belushi and his team’s efforts “to build a legal cannabis operation”. In his interview with Meyers, he spoke about how he began farming cannabis. “Totally by accident,” he told Meyers, mentioning that he already owned a property on the Rogue River. When the 80-acre farm behind him was put up for sale, he purchased it. Initially, he wasn’t sure what he wanted to do with it and even considered farming hay, alfalfa, corn, and cattle. However, after cannabis became legal in Oregon, his choice became much easier.

Belushi’s family feature prominently on the show. Judy Belushi, former wife of his late brother John Belushi, and his longtime friend and frequent collaborator Dan Aykroyd also make appearances. The show is going to have a performance by The Blue Brothers as well. The series also features Belushi’s staff, including a man known as Captain Jack, who used to be the weed dealer on the sets of ‘SNL’ in the 1970s. He has been with Belushi since the beginning. It is his Gulzar Afghanica that is known as the “Smell of SNL”. If the snippets released on social media are any indication, expect plenty of hilarious interactions between Belushi and him.