GRVMNT From World of Dance: Everything We Know 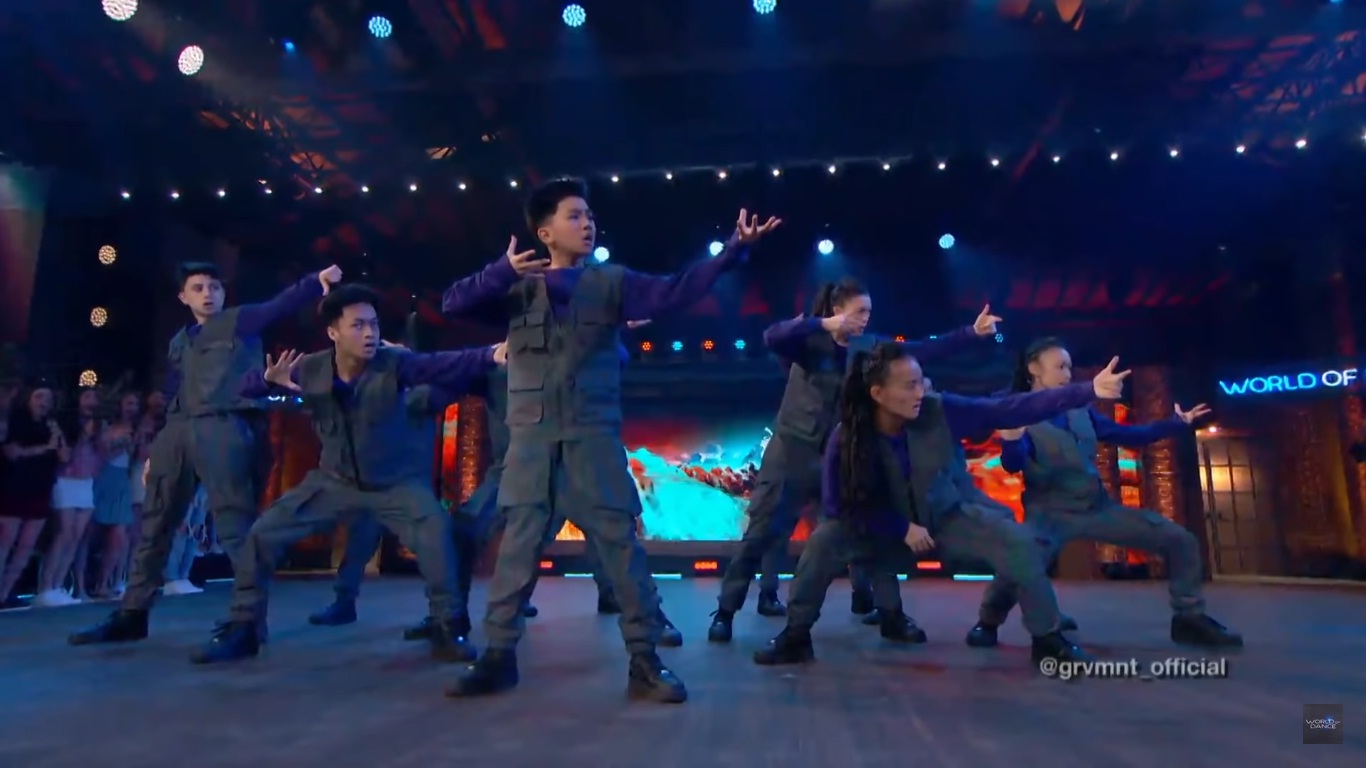 While solo dancers have been gracing the stage of ‘World of Dance’, GRVMNT has been a revelation with their consistent improvement. The flawless style and groovy routine of these eleven dancers have made a mark with the judges Jennifer Lopez, Ne-Yo, and Derek Hough. Here’s everything you need to know about the crew if you are already in love with them.

GRVMNT: Who are the Dancers?

GRVMNT is a crew of eleven young members, so it is difficult to introduce them all. The dancers are all between eleven and seventeen years of age. However, if you do not know their age, you can never guess so by talking to them. They are not just fabulous artists but are super aware of the hip-hop scene around them.

The crew members are all from Vancouver, Canada. They are being mentored and coached by Cezar Tantoco and Mark Dogillo. The crew is grateful to them for making a team out of them, which has been their all-round strength. According to Michael, a crew member, GRVMNT might not comprise the best dancers, but with their combined strength they are invincible. These are not mere words—they have amply proved their mettle by winning the Canadian Hip Hop Championships. Further, they have represented Canada in the World Hip Hop Championship, Arizona. They are currently preparing for the semi-finals of World of Dance!

A couple of weeks ago, the group has performed to Eminem’s ‘Godzilla and left the judges impressed. Derek Hough has expressed that the crew had made it a point to notch up their game and showed their intent to win. Jennifer Lopez has commented that the number of moves GRVMNT executed during the one-and-a-half minute could well be a world record. Stephen Boss has been equally impressed but has said that the group lost their composure a tad at the end due to the rigorous choreography.

Earlier, during the auditions, the crew’s performance has been impressive. However, they have missed the mark with the judges and got a callback. They have danced to ‘Dum-Dum’ by Tedashii, and have looked spent at the end of the routine. Jennifer Lopez maintained that they are 80% deserving of being in the duels at World of dance, but they must gather that x-factor if they wanted to excel.

At the callback, the crew danced to ‘Outta Your Mind’ by Lil Jon, and further impressed the judges. Jennifer Lopez has conceded that the team still has much ground to cover, but she has belief in them. Further, Stephen Boss has pointed out to a young crew member and advised the crew to match up to his level of energy.

GRMNT has made a special place for themselves in the hearts of the judges and the audience. The syncopated style they go for seems to work best for them. Since all the members are familiar with each other for a long time, it is easier for them to cope up with new challenges. Faced with challenges at the very beginning, they did not lose hope and came back stronger every time. For what it’s worth, they deserve to be seen as the dark horse of the competition. Their x-factor is the unity that might just take them all the way. Watch out for the surprises they have in store for you!