Who is Gunjan Saxena Married to? Does She Have Kids? 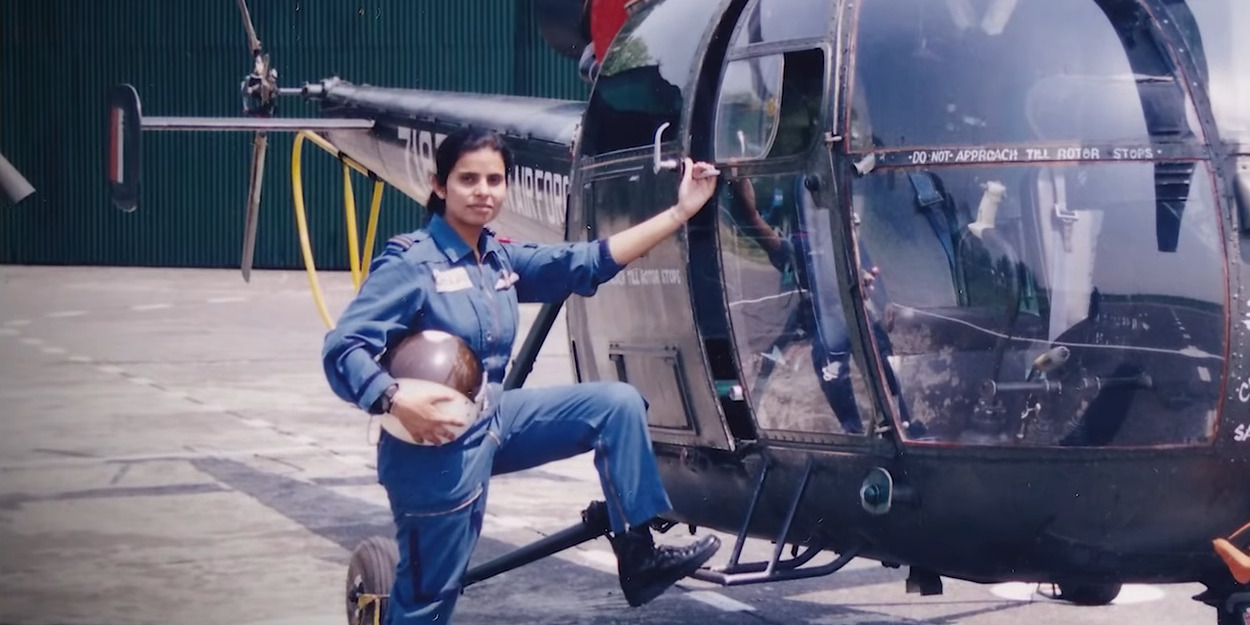 In 1994, the Indian Air Force assembled its very first batch of female trainee pilots, comprising 25 brave and skilled women. Among these were Flight lieutenants Gunjan Saxena and Srividya Rajan who fastened the seatbelts of their Cheetah helicopters and entered the war zone in North Kashmir during the 1999 Kargil War to conduct casualty evacuations and supply drops. The mission was successful and Gunjan became the first woman to be honored with the Shaurya Chakra award because of her unperturbed courage and valor during the time of war.

Born in a middle-class Army family in 1975, Gunjan was always an ambitious and bright child. As her father Lt Col (retired) Ashok Kumar Saxena and brother Anshuman Saxena were already recruited in the Indian Army, Gunjan became inclined to join the armed forces. She credits her father’s belief in her dreams as the biggest motivation in her life. After receiving training at the Delhi Flying Club at Safdarjung Airport and clearing the SSB examination, Gunjan scored an entry into the Indian Air Force with her father’s support.

She went on to rescue over 900 casualties from the Kargil war zone in 1999, thus gaining the moniker – “The Kargil Girl.” In 2020, Netflix picked up the biopic titled ‘Gunjan Saxena: The Kargil Girl,’ to ensure Gunjan Saxena’s inspiring story reaches the international audience. Directed by Sharan Sharma, the movie stars Indian actor Janhvi Kapoor in the titular role. Owing to the lack of permanent commission for women in the Indian Army, Gunjan retired from the Indian Air Force in 2004. In case you are looking for the details about Gunjan Saxena’s husband and kids, we have got you covered.

Gunjan Saxena’s love for flying is reflected in her personal life as well. The Kargil War veteran is married to an Indian Air Force Pilot, Gautam Narain, for more than a decade. The IAF officer is a Wing Commander, which is a senior rank given to a commissioned officer after 17 years of service in the Indian Airforce. Commander Narain’s post is equal to the post of a Lieutenant Colonel in the Indian Army and a Naval Commander in the Indian Navy. The proficient officer is the pilot of IAF Mi-17 Helicopter. He also served as an instructor at the National Defense Academy, which is the first tri-service academy in the world.

During his service in the NDA, Commander Narain used his expertise and experience to provide ground and aviation training to hundreds of cadets before they leave for pre-commissioning in the armed forces. In July 2017, HQ Swac Gandhinagar, Gujarat, deployed an IAF Cheetah helicopter controlled by Wing Commander Gautam Narain, to rescue a critical kidney patient from the rooftop of a submerged house in the flood-stricken Abiyana village in Patan District, Gujarat. The rescue mission was successful and the patient was safely transferred to a hospital after the pilots handed him over to the officials at central Patan. The aforementioned incident is based on the assumption that the Wing Commander who rescued the patient is the same officer who is married to Gunjan Saxena.

After she retired from the Indian Air Force in 2004, Gunjan stayed away from the limelight and put her focus on making up for all the time she lost while serving in the force. It has been reported that Gunjan gave birth to a daughter in the year 2004 and named their firstborn, Pragya. Reports also suggest that Gunjan and Narain are also parents to a son. Gunjan opened a social media account in 2020, right after the announcement of her military biographical film. As her profile doesn’t feature any picture of her family, there is no way we can get the pictures of her husband and her kids. (Featured Image Courtesy: Gunjan Saxena/Netflix)