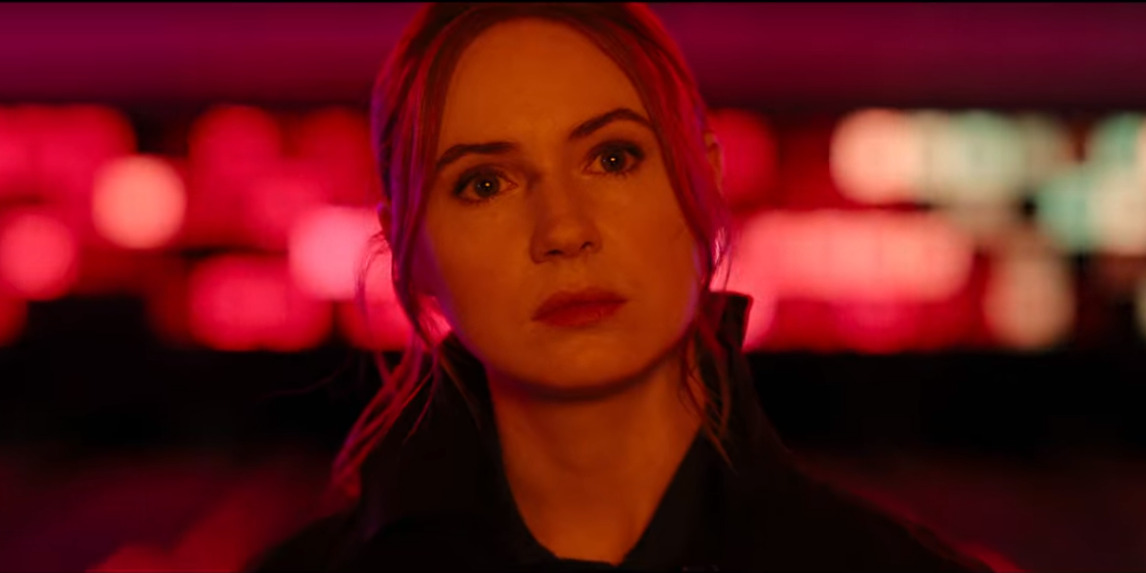 Bloody mother-daughter bonding moments, neon-lit alleyways, an all-out evil corporation, a library that is secretly a weapon stash, and a dash of feminism – what else do you need? Israeli filmmaker Navot Papushado’s American action thriller ‘Gunpowder Milkshake’ has it all. The story follows Samantha, who followed her mother’s footsteps to become a hitman for a covert corporate alliance called The Firm. However, when she gets derailed from her mission to save a little girl, she unknowingly wages war against the powerful people. Turning rogue, Samantha teams up with her old acquaintances to take control of the situation.

An infinite amount of bloodbath later, Samantha is finally able to get away from the bad guys. But she will probably come back to unleash another round of bullets. With a star-studded ensemble cast comprising Karen Gillan, Lena Headey, Michelle Yeoh, and Angela Bassett, the film goes on a gruesome female-centric rampage packed with wall-to-wall action. With the ending of the movie arises several questions. Although the plot is seemingly tied well together, if these questions are bugging you, we would be happy to help. SPOILERS AHEAD.

In the prologue, sharpshooting hitman Sam infiltrates into an enemy hideout and wreaks havoc. There were supposed to be only three or four guys, but Sam encounters an army, killing them all. Going back in time, little Sam waits for her mother at a restaurant. Sam’s mother, Scarlet, is three hours late to arrive. But Scarlet’s time is running out, and as a group of Russian mobs break into the restaurant, she takes them all out before disappearing into thin air. 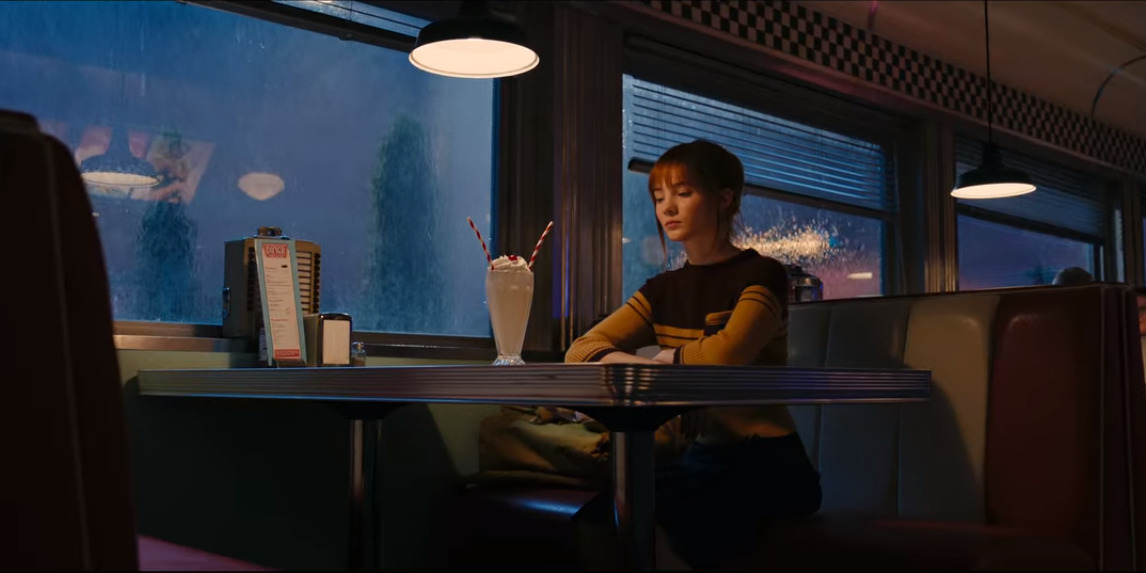 It has been 15 years since Scarlet’s disappearance, and Sam has taken her mother’s place to work as a ruthless gunner for The Firm, a covert organization of powerful men who don’t want to get their hands dirty. After the previous job, Sam gets a call from her handler and representative of The Firm, Nathan. In the bloodbath, Jim McAlester’s son has been accidentally killed. As Jim and The Firm are known rivals, a war waits to break out. Sam goes to the sisterhood to meet her mother’s old associates, Madeleine, Florence, and Anna May. The sisters recognize Sam as Scarlet’s daughter and do their best to take the guns away from her. After repacking, Sam goes to tend to another business on behalf of The Firm.

A guy named David, from the clean side of the business, has laundered money from the organization, and Sam has to retrieve the money. Sam gives David a menacing visit, but David’s 8-years old (eight and three-quarters, to be precise) daughter Emily is kidnapped by a bunch of masked goons. Sam admits the wounded David in a shady hospital and rushes to save the daughter and retrieve the money. Nathan sends a few “boneheads” to deal with Sam, but they receive a heavy beating instead. Emily is saved, the stolen bonds turn to ash, and Sam must do everything in her power to save the girl. Following an address sent by Nathan, Sam meets her estranged mother, and they team up to take down the villainous hoard.

Although Sam is unarguably at the center of the show, Carla Gugino’s Madeleine inadvertently steals some spotlight. We first meet Madeleine towards the beginning of the movie. A valued member of the sisterhood of elite assassins, she comes off as calm and composed, with a touch of empathy. Madeleine is also seen to be dressed like a poised dandy. You would not believe in her formidable ability as a machine-gun operator if you did not see it with your own eyes. 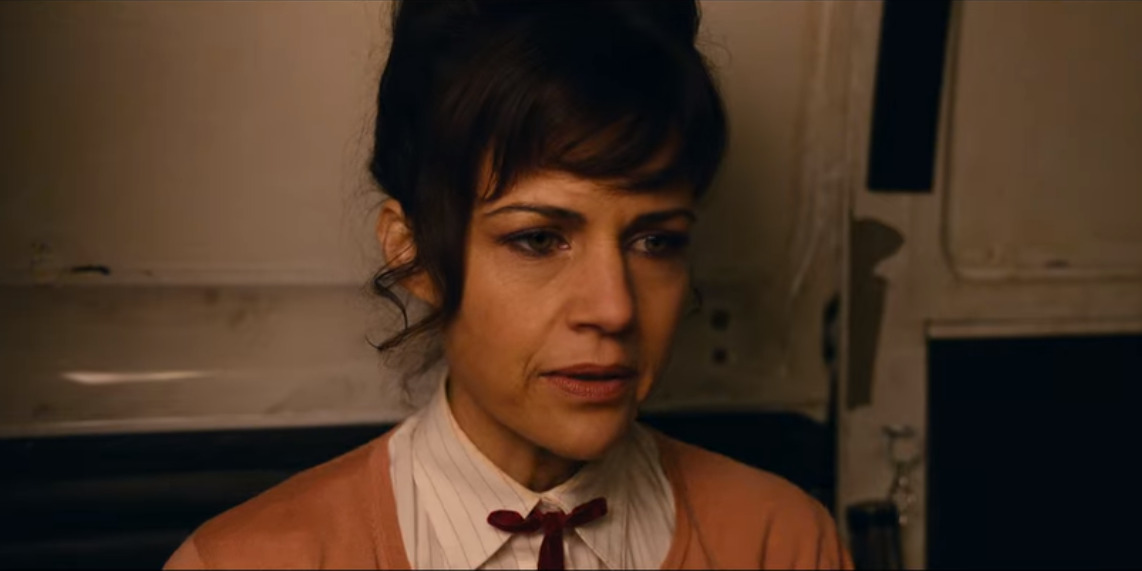 In the second half of the movie, Sam regroups with her estranged mother and head to the library. In the library, Scarlet gets a sassy treatment from the sisters. But Scarlet is still a librarian, and they team up to counter the hoard of villains as they break into the library premise. Everyone takes their positions, and while Scarlet and Samantha are left to receive the first blow at the lobby, Florence waits at the balcony to greet the goons. Anna May takes cover in another room, while Madeleine hides with Emily in a sort of kidnapping van. Like the old-school rebel that she is, Madeleine gives Emily a Walkman and tells her to play the music loud.

With Janis Joplin playing in the background and with a ghastly rotary cannon at her disposal, Madeleine breaks the hell loose. In frontal combat with the nephew of the mob boss, Virgil, Madeleine is hit, but that is not the end of it. Madeleine’s gun is out of ammo, and so is Virgil’s. So, they settle the feud like in the old days — Virgil with his knuckle duster and Madeleine with her antique ax. In the end, both of them die in combat. Madeleine gets a grand burial, and Sam and Emily hit the road with Scarlet and the two remaining sisters.

The compelling dynamic between Sam and Emily is one of the central driving forces of the movie. Although Sam saves Emily from the masked kidnappers, she is the one who kills Emily’s father, David. When Scarlet asks whether Sam has divulged the information to Emily, Sam says that she has not. But as Emily is an intelligent girl, Sam is afraid that she would know sooner or later about Sam’s involvement in David’s death. Just before the confrontation at the library, Sam spills the beans to Emily.

Emily does not initially believe her, reasoning that Sam is only trying to distance her from the bad guys. But later in the story, Emily grows fond of Sam, despite her killing David. Emily comes off as an astonishingly mature kid when she tells Sam that it’s not her fault. Emily is sure that Sam was ordered by people in power to assail David. Without her father, Emily does not have a family, and Sam rises to the occasion to give her the maternal care that she deserves. For what it’s worth, Sam saves Emily’s life twice. Therefore, it is evident by the end that these two overcome their differences to wage war against the baddies.

Why Does Emily Go to See Nathan?

In the final scene, Emily dresses as a boy scout and gives Nathan a visit, hoping to sell cookies. Nathan is fast enough to deduce the real identity of Emily, but in due time, he spots Samantha pointing a sniper at his heart from a distance. Sam urges Nathan to leave them out of this massacre. Nathan replies that he cannot give his word since Samantha has caused a lot of damage to the business, but he’ll try. Sam directs Nathan to close his eyes and count to ten.

By the time Nathan opens his eyes, Emily has vanished from the scene. But we get the sense that although Nathan wants to help Sam, there are people above Nathan who would not want the same. The formidable business organization, The Firm, would perhaps come after Sam after the series of bloodbaths that she has caused. A sequel, we sense, is imminent.