Gunung Padang: Where is it Located? How Old is it? How to Get There?

Netflix’s ‘Ancient Apocalypse’ follows journalist and author Graham Hancock as he travels to several sites around the globe that hold evidence of ancient historical civilization. Through startling revelations and scientific experiments, the show attempts to challenge the very foundation of archelogy and talks about how human societies were seemingly formed during the ancient ice age.

Located in the country of Indonesia, Gunung Padang is one such area that contains proof of ancient human civilization. Although the place appears to be a normal hill at first glance, Graham Hancock mentioned that it is the site of what seems to be the world’s oldest pyramid. Such an incredible discovery is sure to leave most awestruck, and we decided to jump in and learn more about the location.

Where is Gunung Padang Located?

Formerly known as the Dutch East Indies, Indonesia is a country steeped in rich culture, heritage, and history. From the bustling cities of Jakarta and Batam to lush green rainforests, rolling sea-coasts, and volcanoes, Indonesia offers an incredibly diverse combination of nature and modernity, which makes it a much sought-after travel destination. However, readers would be interested to know that at the time of the ice age, the whole of South-East Asia appeared as one single landmass known as Sundaland. Due to the region’s warm and comfortable climate, it was a favorable place for most tribes to settle in, and Graham Hancock believes that one of these tribes ended up constructing Gunung Padang. 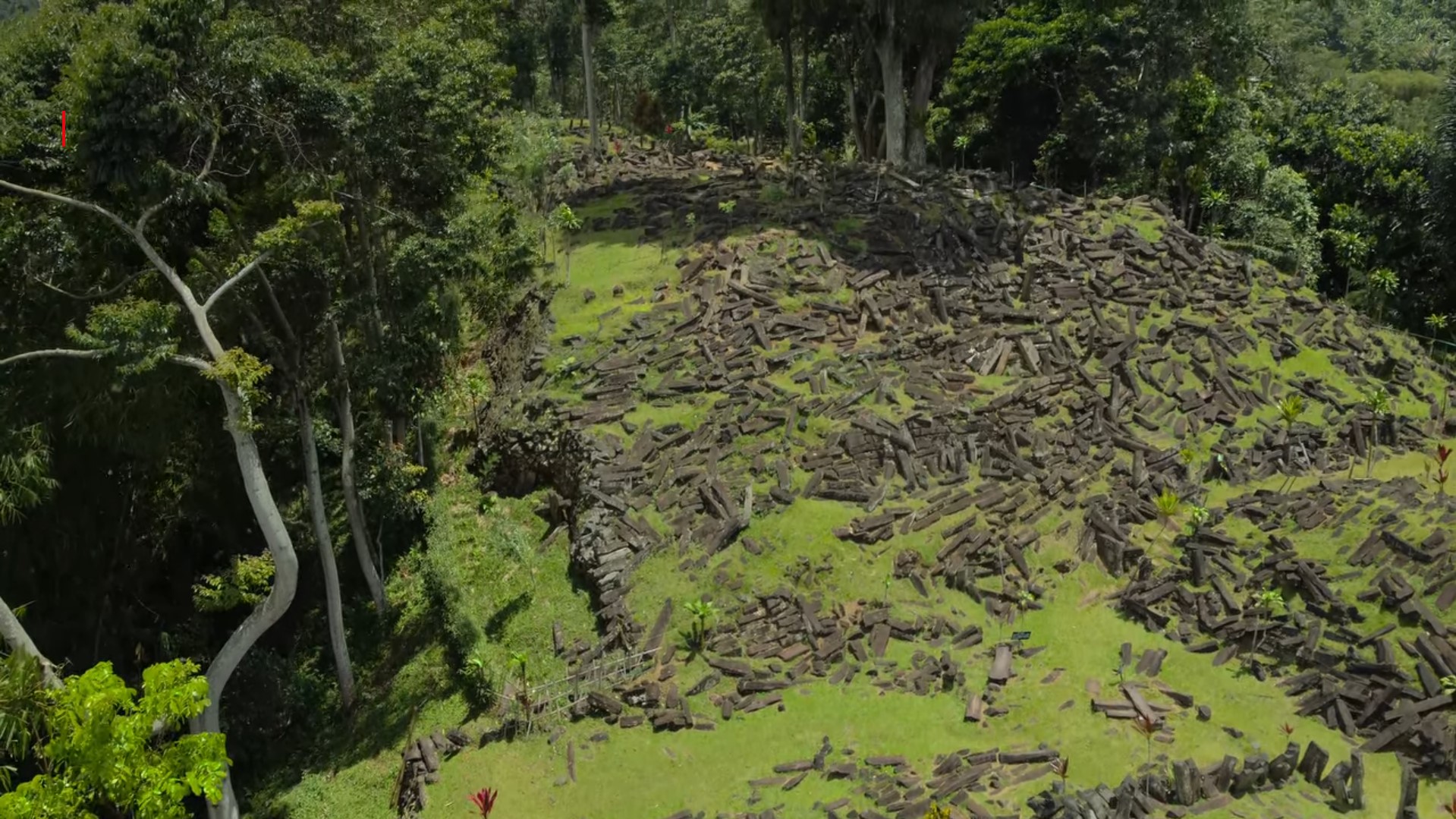 Described as a megalithic site, Gunung Padang is located in Indonesia in the western part of the island of Java. It is around 8 kilometers from the Lampegan railway station and roughly 120 kilometers from Indonesia’s capital city, Jakarta. The village nearest to the archeological site is known as Karyamukti in the Cianjur Regency of West Java.

How Old Is Gunung Padang?

There have been several debates about the age of Gunung Padang, with some even refusing to believe that it is a man-made structure. Ali Akbar, an archeologist from the University of Indonesia, was one of the first academics to work on the site, and his findings revealed that Gunung Padang was constructed by humans around the year 5200 BC. However, this view has been severely criticized, and some have even claimed that the rock formations in Gunung Padang are entirely natural as it was located in the neck of a volcano in ancient times. Besides, other archeologists who worked on the site mentioned that in Archeology, experts always try to find a civilization first before attributing a construction to it and not the other way around. They even went on to say that Gunung Padang was not that old and was constructed between the 2nd and 6th centuries. 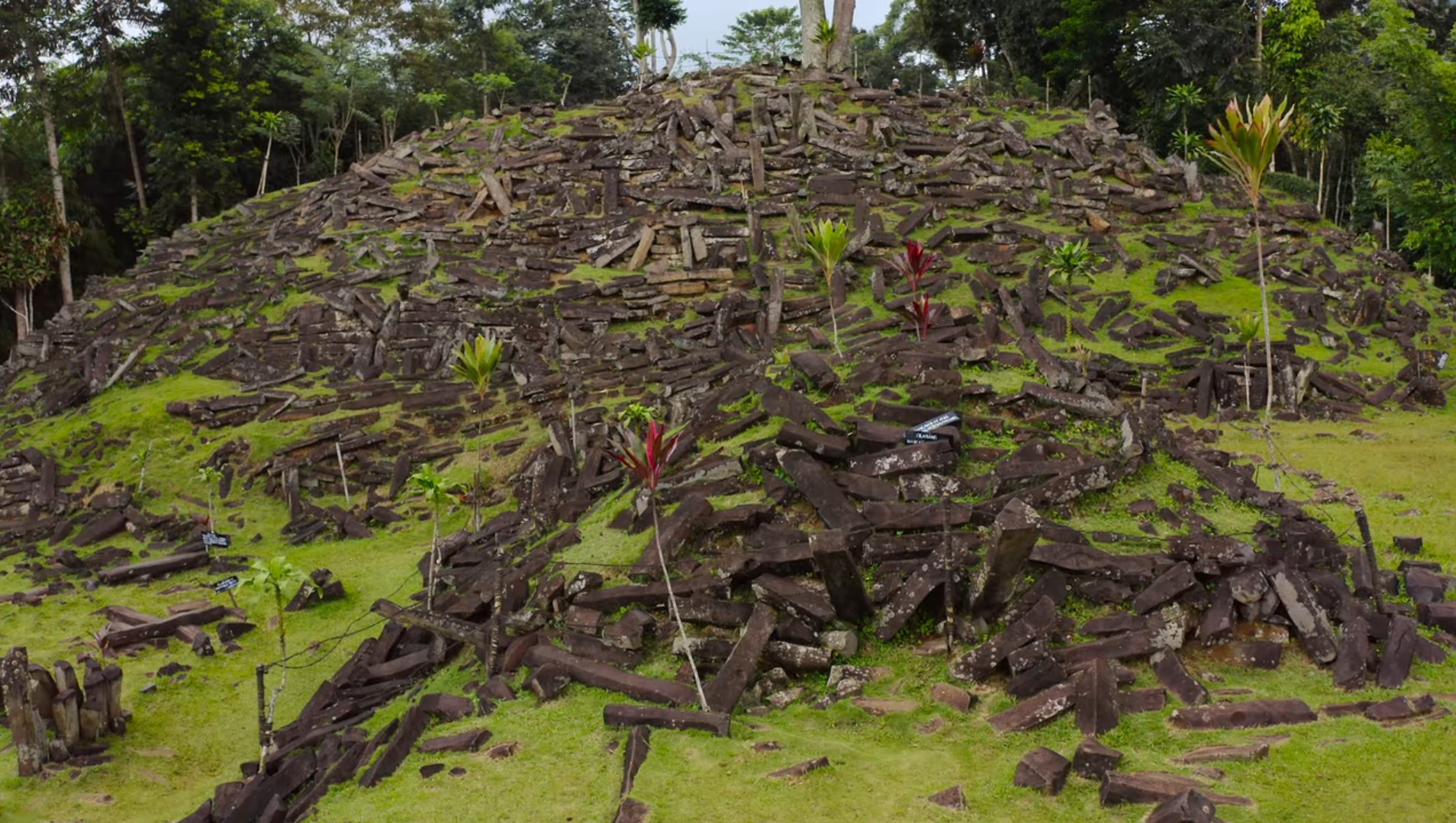 However, Graham Hancock and Dr. Danny Hilman Natawidjaja have a completely different theory, as they believe that Gunung Padang was a giant terraced pyramid constructed during the late Ice Age. Although no known civilization dates so far back, Graham mentions that there is enough proof about the structure being man-made, and proper carbon dating might have revealed the age of the construction materials to be as much as 22,000 years old. Nevertheless, after carrying out a thorough investigation, Dr. Danny Hilman Natawidjaja concluded that the structure was built sometime around 11,000 BC.

How To Get To Gunung Padang?

As with most historical and ancient sites, Gunung Padang has been turned into an attractive tourist destination, with travelers flocking to the remote location hoping to enjoy a day in the lap of nature and ancient history. Located in the village of Karyamukti in the Cianjur Regency of West Java, one can travel around 120 kilometers from the city of Jakarta to the historical site. Similarly, travelers interested in reaching Gunung Padang can also take the train to the Lampegan railway station, located around 8 kilometers from the site. 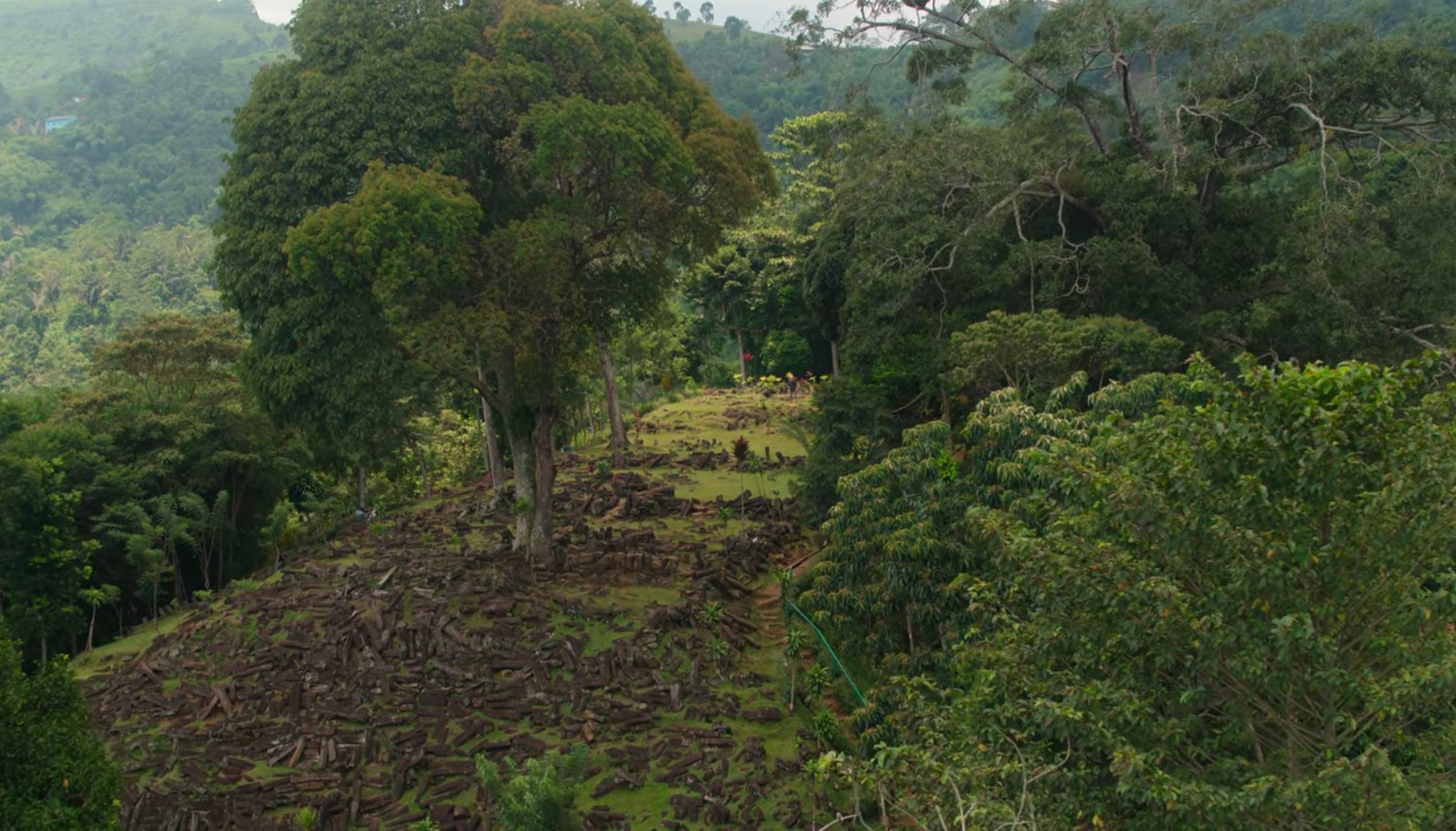 The government of Indonesia charges a minimal admission fee to get into Gunung Padang, with visitors having to pay around 35 cents to enter the main premises and another 35 cents to make their way into the core area. However, travelers should be aware that getting to Gunung Padang is quite difficult, as one has to climb 378 steps from the bottom of the hill to the very top. Still, the climb is worth every effort, as visiting the ancient site is an experience of a lifetime.