A deadly shooting in July 2020 in what was a peaceful neighborhood until then shook the residents. In the aftermath, the authorities found Guy Alexander Hansman and his daughter, Harper, dead in their home in Port St. Lucie, Florida. Investigation Discovery’s ‘Fear Thy Neighbor: Gone to the Dogs’ focuses on how the Hansmans’ dispute with their neighbors over a dog led to a tragic and fatal conclusion. So, let’s find out what exactly happened and who committed the heinous act of violence, shall we?

How Did Guy and Harper Hansman Die?

A Long Island native, Guy Alexander Hansman was married to Monique, who was his childhood sweetheart since they were 15. They settled in Port St. Lucie in Florida and raised two boys before adopting two other kids, Harper and Patrick. At the time of the incident, the 55-year-old patriarch lived with Monique, 11-year-old Harper, and Patrick. Guy and Monique previously worked as retail managers, and Harper, a student at Morningside Elementary School in Port St. Lucie, wanted to be a doctor when she grew up.

At around 12:24 pm on July 6, 2020, the authorities received a 911 call regarding an active shooter at a residence in Port St. Lucie. It was the Hansmans’ home. By the time the dust settled, Guy was found shot multiple times in the garage. On the other hand, Harper was shot through the heart and was rushed to the hospital, but she succumbed to her injuries. The weapon used was a 9mm handgun.

Who Killed Guy and Harper Hansman?

The authorities learned that the shooter was the Hansmans’ neighbor, Ronald Delserro, who lived next door with his wife, Sandra. The two families got along well initially, but trouble started when the Delserros brought Roxy, a Bullmastiff. On the morning of March 4, 2020, Monique was walking her son’s poodle mix when Roxy, who wasn’t leashed, “started to go after” the dog, according to an animal control report. According to Monique, she tried to break the two dogs up but was attacked too, ending up with a bite on her arm and a gash in her head.

As a result, animal control began investigating whether Roxy should be deemed a dangerous animal and asked the Delserros to keep her quarantined for 10 days. However, the Hansmans reported the family for violating the quarantine order, leading to the dog being removed from the house. While Roxy was returned on March 17, things didn’t change too much, with the Hansmans finding the dog outside and without a leash several times, leading to another call to the authorities.

On June 24, 2020, Monique and Harper testified at a hearing regarding the same, and the judge ruled against the Delserros, deeming Roxy a “dangerous animal.” That came with special conditions, and the Delserros were asked to pay a fine. On July 1, animal control delivered the Delserros with the final paperwork regarding Roxy’s status. While Sandra signed the documents, Ronald didn’t. Then, days later, the bloodbath occurred. The investigation revealed that Ronald walked up to the Hansman residence with two 9mm handguns and first killed Guy, who was in the garage.

At the time, Harper, Monique, and Patrick were inside, along with the kids’ tutor and one of Harper’s friends. According to Monique, Patrick heard the shots, saw Ronald, and shouted about it, alerting Monique. While the three got out, Harper and her friend were still left upstairs. Harper then called 911 to report the shooting from inside the house. Monique later stated that her daughter was able to distract Ronald enough for her friend to escape. According to the show, as Harper tried to run away, Ronald shot her from behind, killing her.

How Did Ronald Delserro Die?

Once the authorities entered the house, Ronald Delserro fired at them. The investigation revealed that the neighbor of the Hansman family fired 22 shots from his two 9mm handguns. An officer was injured in the process; he was hurt in the arm and the chest with the same round but didn’t have any fatal injuries due to his bulletproof vest. 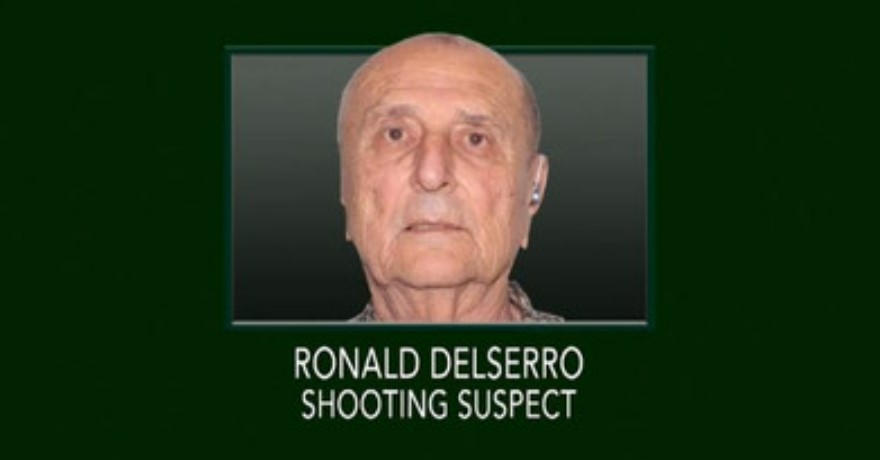 At around 3:01 pm on July 6, 2020, a SWAT team entered the house and found Ronald in Harper’s bedroom on the second floor. The 82-year-old died from what appeared to be a self-inflicted wound to the chest. As per the show, Sandra told the police that her husband had been dealing with depression and dementia. The dog at the center of it all, Roxy, was euthanized the day after the incident.