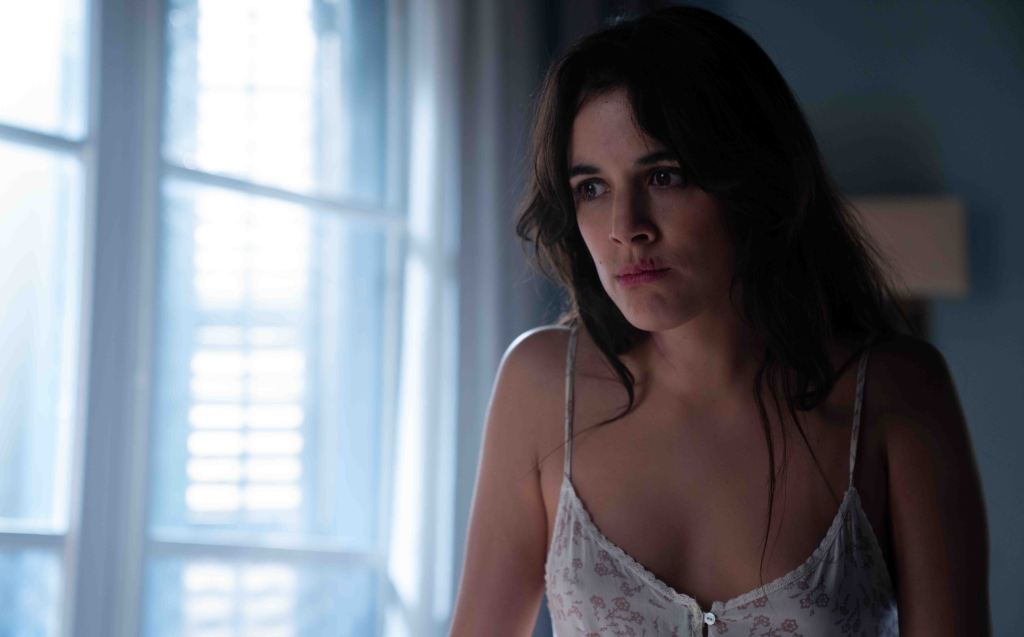 There are a number of things that the 20th century will forever be remembered for. So much happened within this hundred-year time frame, that sometimes, it feels rather impossible to fit so much in a limited amount of time. Yet, this era continues to occupy the major section of history books in schools, and the storytellers continue to dive back and forth in this part of the past to mine and exploit stories and characters.

One of the defining things about this century is the wave of crime, especially in the sector of drugs, that swept over various parts of the world. By now, Hollywood has produced so many films and TV shows on the matter that it has turned into a category of its own. While there is no such thing as tiring from this genre, one might feel that the stories have become somewhat stunted. For such people, ‘Hache’ comes as a breath of fresh air.

Set in the 60s in Barcelona, it follows the story of Helena. After the man she loves is sent to prison for a crime he didn’t commit (or at least, she thinks he didn’t), she falls on hard times. She has a young daughter to take care of and due to the actions of Bruno, the father of her child, Helena is fired from her job. Unable to make an honest living, she is forced to turn towards prostitution, but due to her fiery personality and the resolve to get money from wherever she can, she quickly lands in trouble. Luckily, or perhaps unluckily, for her, Salvador Malpica takes notice of her. He is impressed by her brazen and unrelenting character and allows her into his business and life. Proving herself as a quick learner, she quickly rises up the ranks, fascinating some and bothering others.

Over the course of eight episodes, we see Helena use her wits and survival skills to make it in the world that she barely understands, a world where she is surrounded by murderous men and prying eyes. Still, she manages to be better than them, both in her intelligence as well as her morals. She is a survivor, but she also exhibits a humane side that, perhaps, only a woman can possess in such a cruel world. What makes her even more captivating is the flawless portrayal by Adriana Ugarte. The actress never loses touch with the character, and seamlessly delivers the many conflicting emotions of the protagonist. Supporting her are wonderful performances from the rest of the cast, especially Javier Rey, who portrays the many layers of Malpica in such a way that you don’t know if you should love him or hate him.

The plot moves at a steady pace, never trying to sprint when a jog can serve the purpose. This builds the tone of the story and keeps us in touch with the actions and motivations of all the characters, which comes into play when the loyalties are questioned and betrayal is faced. Despite it primarily being Helena’s story, enough time is spent on the supporting characters. Even though it might seem like a waste of time, in the beginning, the small things amount to the bigger decisions and the hard choices they are forced to make.

Another thing that makes it a binge-worthy watch is the aura of the 60s. The atmosphere plays an important role in such stories and shows like ‘Peaky Blinders’ employ the period they are set in as a character. ‘Hache’, too, delivers wonderfully on that front. The international feel, due to the involvement of Italians and Americans in the story, adds different shades to it. The attention to detail is admirable, especially the music, terminologies and the multitude of other things out of which even a single one could have proved to be an anachronism in otherwise perfect production.

Despite all of the good bits, ‘Hache’ might seem like a repetitive story to some; the all too familiar tale wrapped up in the appeal of Barcelona. It can be predictable, at times, and you might question why you are watching another version of the same thing that you have seen before. But then, in the same vein, what really is new under the sun? Isn’t there more often than not a common denominator to all stories?

In fact, ‘Hache’ stands apart because it is shown from a woman’s perspective. In doing so, the story sheds away the conflicting character of the male protagonist, where he is the bad guy but with a good heart. I don’t remember many gangster dramas that bothered to walk away from this trope or gave enough thought to the female characters who would only serve as the love interest for their criminal heroes. In conclusion, ‘Hache’ might not be the most original of stories, but it does allow a new perspective, which isn’t something that can be said about a lot of other movies and TV shows.

Read More: Is Hache Based on a True Story?