Is Netflix’s ‘Hache’ Based on a True Story? 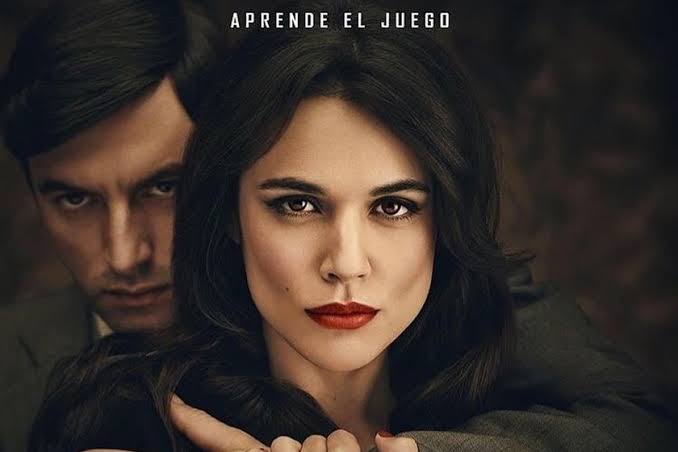 The genre of crime has a perpetual allure that is heightened with the addition of noir in the mix. Yes, you could very well spin a tale out of all sorts of crimes committed in today’s world, but the characters would lack the intrinsic charm that the criminals of, say, fifty or eighty years back had. Filmmakers often use this magnetism of classic criminal characters to deliver their romanticised version to the audience. They have a plethora of infamous criminals, which are either used as the protagonist or in a minor background appearance, to give an authentic backing to the stories.

Over the course of cinematic history, several directors have used this trope, the most prominent of them is Martin Scorsese. Look at some of his best works, from ‘Goodfellas’ to ‘Casino’ and now, ‘The Irishman’, all of them are set in the era of crime emerging as a legitimate business; a seat of money and power that attracted everyone, be it a man from the streets or the member of a political party. In television, too, the vintage character of crime has been explored in TV shows like ‘Boardwalk Empire’ and ‘Peaky Blinders’. Presenting the stories of real-life characters by adding the necessary fictional touch to them not only makes the premise interesting but also gives authentic structure to it.

Netflix, who has been spreading its roots in every genre possible, is no stranger to crime dramas, either. The success of ‘Narcos’, which is not as stylish or noir-ish as its counterparts, allowed the streaming service to further explore the territory and found it better to go back a few years than continue chronologically. In contrast to its predecessor, ‘Narcos: Mexico’ proved to be more in sync with the charismatic, and brutal, traits of crime drama. This has encouraged the streaming giant to invest further in stories like this, and the addition of ‘Hache’ to its library shows that the viewer can expect more similar ventures in the future.

Set in the dawn of 1960, ‘Hache’ follows the story of a woman named Helena, who catches the attention of a crime lord. He takes her under his wing and she uses him to get out of her poor financial situation while building contacts and reputation in the trade. In eight episodes, the story takes Helena, fondly called Hache by her new friends, on a journey that gives her a lot but also steals a great many things in return.

What works in favour of her story is the raw nature of it. Unlike other shows of such type, it doesn’t take time for her protagonist to become fully aware of the world that she is so eager to dive in. This could also be because the protagonist is a woman, but you can sense an air of authenticity in the way things work in Hache’s world. This begs the question: is it based on a true story.

Hache is Not Based on a True Story

In her interview with Variety, creator Veronica Fernandez had clarified that there are a number of things from the 60s era that inspired her to transport this story to that time in Spain’s history. The characters, however, are born out of her imagination. There is a chance, considering the unpredictable world of crime, that a woman like Helena could have succeeded in carving a place for herself in the rising crime wave during the 60s. However, “any resemblance with the story would be coincidental”.

The reason behind Fernandez’s inability to find a real personality to base the characters on is also due to the political upheaval in Spain at that time. While there are extensive records available for the crime families that found roots in New York and other places in America, the criminal enterprises in Spain, especially Barcelona, swam under the radar. The dictatorship of Francisco Franco Bahamonde was in its prime years, and even though the country was opening up politically and culturally, it was still in transition from its fascist and autarkic standpoint.

Spain had tried to remain neutral in the Second World War, by not directly aligning itself with the Axis powers even though helping them in one way or another, the country was still reeling from the Civil War that had ended right around the official beginning of the Second World War. With all of this on their plate, the minor drug traffickers didn’t seem much of a problem to the authorities, and as long as they didn’t cause more trouble than they were worth, attention wasn’t paid on them. Due to the non-availability of substantial material about the criminal trade of that time, the storytelling ultimately depends on the imagination of the storyteller.

Despite this, Fernandez and the co-creators of ‘Hache’ manged to chalk out the basic structure of their story and successfully painted the 60s era for the audience. While the main plot remains rooted in fiction, there are details like the working of the police department, dolls full of heroin washing up on shores, and the prevalent use of drug smuggling routes to the US with Barcelona ports serving as the middle ground, proves that the writers have tried to squeeze out all that they could from their knowledge of that time. In fact, the character of Luciano, the Italian who serves as the leader of Malpica and others, could be a reference to the founder of the Genovese crime family. Apart from that, imagination runs loose when it comes to Helena’s fate.

Read More: Will There be a Hache Season 2?