Hallmark’s Crossword Mysteries: Riddle Me Dead: Everything We Know 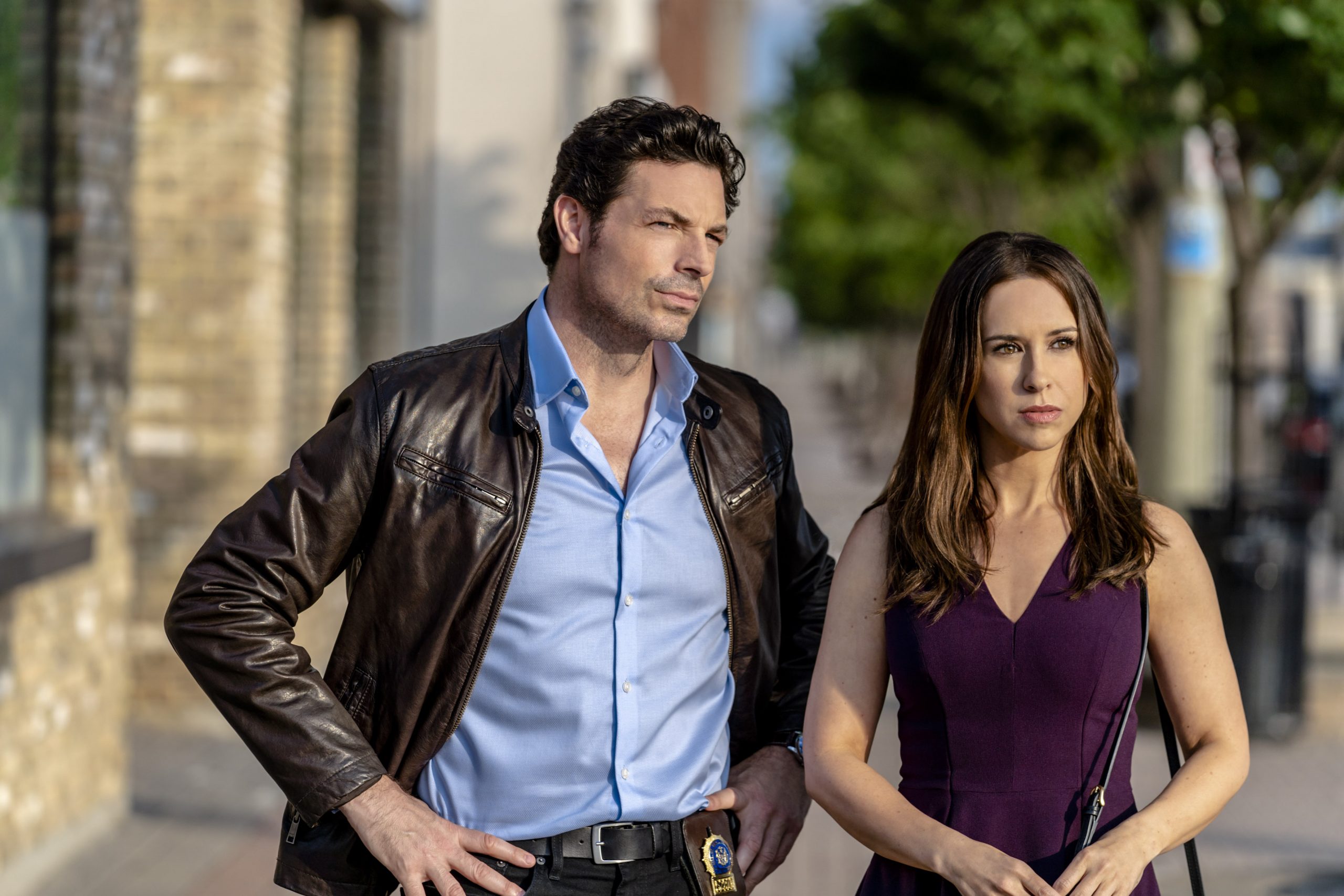 Hallmark’s ‘Crossword Mysteries: Riddle Me Dead’ is a crime-mystery film that revolves around the murder of the host of the television game show ‘Riddle Me This.’ Tess, who is invited there as a clue reader, finds herself in a quandary as the investigation of the murder unfolds. It turns out that Tess’ ex, along with several other crew members, had both a motive and the means to take the host’s life. But who is the killer?

‘Crossword Mysteries: Riddle Me Dead’ is the fifth installment in the ‘Crossword Mysteries’ film series. The gripping tale of murder on the game show can keep the audience hooked to the very end. Some viewers may get intrigued to know where exactly the movie was filmed and other details. If you are also looking for similar information, then look no further; we have got you covered.

‘Crossword Mysteries: Riddle Me Dead’ was filmed entirely in British Columbia, Canada. Bordered by the state of Alaska and the Pacific ocean, two-thirds of the province is covered by forest. It has over 400 provincial parks and conservation areas, along with six National parks and some UNESCO World Heritage Sites.

Thanks to its beautiful natural landscapes, high-standard equipment, and other production facilities, the westernmost Canadian province is a sought-after filming location. Over the decades, several famous movies have been filmed there. But as far as the shooting of ‘Crossword Mysteries: Riddle Me Dead’ is concerned, it was limited to a specific location. So, without further ado, let’s have a look at it.

The principal shooting for the crime-mystery movie was done in Vancouver. Since the shooting for ‘Crossword Mysteries: Riddle Me Dead’ was done during the global coronavirus pandemic, the cast and crew were given proper COVID-kits along with other safety measures to make sure everyone was safe. Barbara Niven posted a picture on Instagram, which showcases how amid facing several challenges, the cast and crew managed to finish the production on the film.

With a prospering theater and art scene, the vibrant seaport city boasts a rich history. When it comes to movies, the western Canadian city has significantly increased its influence in the global film industry over the last few decades. Therefore, it is no surprise that the makers chose Vancouver as the filming location was ‘Crossword Mysteries: Riddle Me Dead.’ Brennan Elliott shared a photo on Instagram after his arrival in Vancouver to give his followers an update on the shooting of ‘Crossword Mysteries: Riddle Me Dead.’

Vancouver is one of the prominent centers of film production in North America and is even referred to as the Hollywood North. The city has hosted hundreds of film and television production projects over the years, and its film industry now provides employment opportunities to thousands of people.

Lacey Chabert headlines the crime-mystery movie by essaying the role of Tess Harper. You may recognize her from the films and television shows like ‘Mean Girls,’ ‘Party of Five,’ ‘Justice League Action (voice),’ or ‘Baby Daddy.’ Canadian actor Brennan Elliott portrays Logan O’Connor. He is best known for his performance in the drama series ‘Strong Medicine.’ Brennan’s other credits include ‘UnREAL,’ ‘Flower Shop Mysteries,’ ‘Cedar Cove,’ and ‘What About Brian,’ among others.

Mostly known for her work in several Lifetime and Hallmark movies, Barbara Niven plays the role of Candace. Some of her notable credits include ‘Christmas in Evergreen,’ ‘One Life to Live,’ ‘Cedar Cove,’ ‘Murder, She Baked,’ and ‘Chesapeake Shores.’ Greek-Canadian actor John Kapelos appears as Chauncey O’Connor. You may also recall watching him on ‘The Umbrella Academy,’ or ‘Suits.’ Other noteworthy cast members include Jon Cor as Hunter Hall, Aadila Dosani as Sonia Robinson, Peter Kelamis as Graham, Lucia Walters as Dana Miller, and Bruce Dawson as Marlon Freeman.