Halloween Moments Shark Tank Update: Where Are They Now? 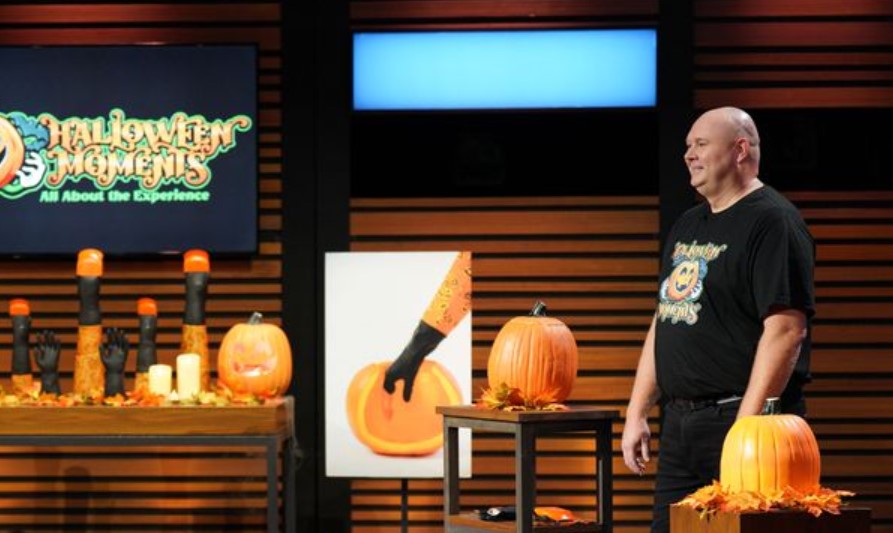 ABC’s ‘Shark Tank‘ season 14 episode 3 witnessed entrepreneur Daryl Kay Braithwaite presenting his company, Halloween Moments, in hopes of a life-changing investment by the Sharks. While pumpkins are quite important to Halloween, hollowing them out and carving them can turn out to be quite messy. The Pumpkin Glove Scraper Kit by Halloween Moments aims to solve that very problem by offering users an easy and clean method to carve pumpkins. While such an innovative product is sure to turn heads, let’s discover more about the company, shall we?

Halloween Moments: Who Are They and What Do They Do?

Not much is known about Daryl Kay Braithwaite and his early life, although the entrepreneur mentioned that he hails from Fairview, Texas, and is a proud father to four children. Besides, from the looks of it, Daryl seems to have quite an illustrious career. It was his knack for solving problems and his love for family that came together to give birth to Halloween Moments. Being a father of four, Daryl is quite experienced in handling kids and is aware of their likes and dislikes. Hence, he noticed that whenever Halloween came along, his kids would not show any interest in pumpkin carving.

Instead, they would choose to rake the yard and even study to escape pumpkin carving sessions. While such behavior surprised Daryl initially, he kept a close watch on them and soon discovered that the kids hated scooping out the pulp from inside the pumpkin. They would almost always delegate this task to the elders, and even though Daryl scooped out the pulp with a smile on his face, it wasn’t a task he thoroughly enjoyed. Thus, determined to find a solution and get his kids to spend some quality family time together, Daryl racked his brains and came up with the Pumpkin Glove Scraper.

The Pumpkin Glove Scraper, which Daryl now markets under his company, Halloween Moments, is a pumpkin cleaning and carving kit that helps keep the pulp from sticking to the user’s hands. At its core, the product is a latex glove with a plastic scoop in the place of the fingers. While the glove comes up to one’s arm, keeping them safe from the pulp, the scooper has a serrated aluminum blade at the end, which allows one to scoop out the pumpkin and carve it accordingly. Moreover, Daryl insisted that his creation is easy to clean and can be washed in a dishwasher.

Where Is Halloween Moments Now?

While each variant is pretty self-explanatory, they contain a large 7-inch and a small 5-and-a-half-inch carving knife. Besides, the combo kits demand a price of $19.99, while the single adult kit will set you back by $14.99. Witnessing Halloween Moments’ growth is impressive, to say the least, and we are confident that the company is heading toward further success in the near future.