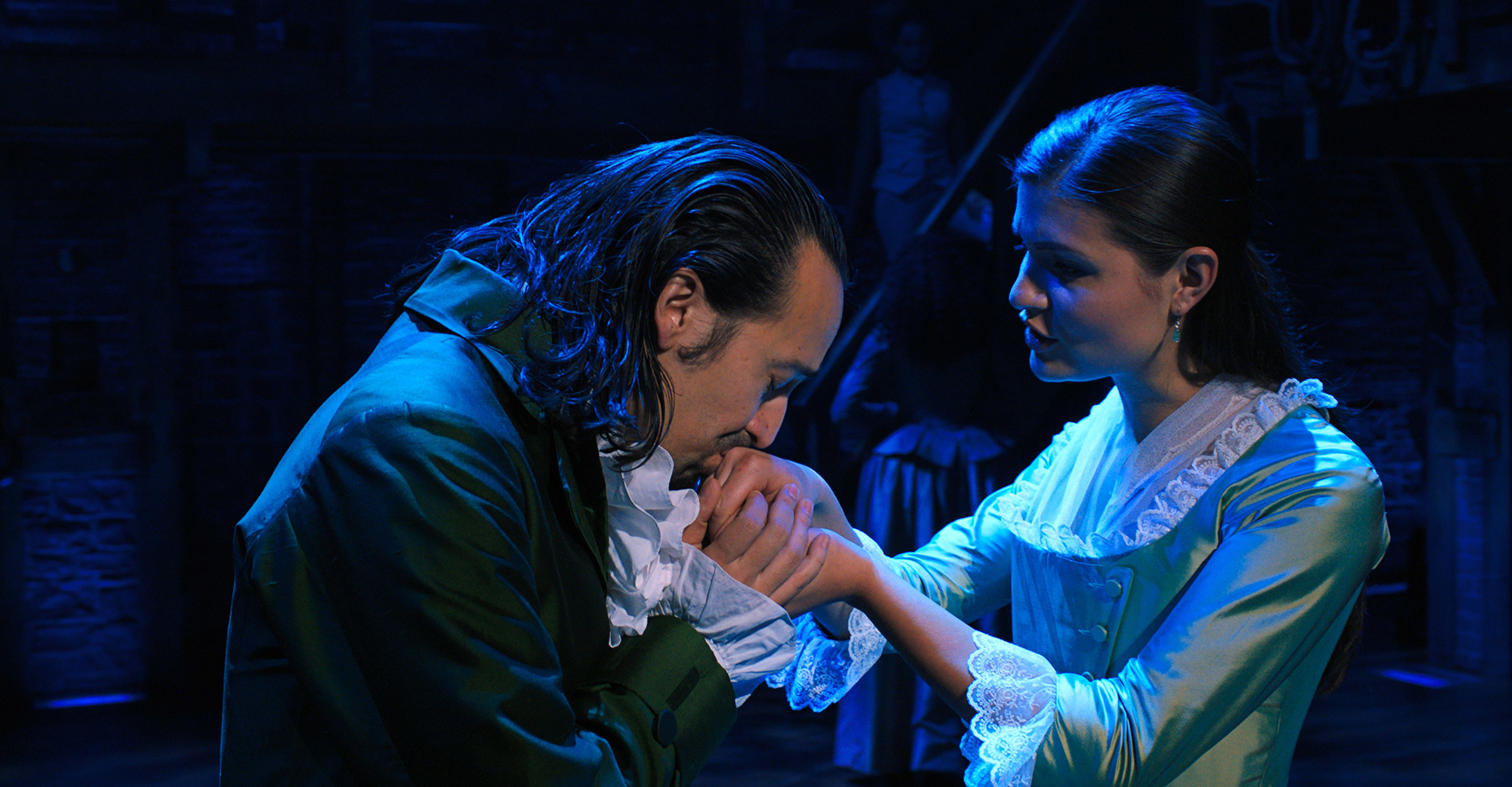 ‘Hamilton’ follows the story of Alexander Hamilton, focusing on all his highs and lows, the sacrifices as well as the scandals. Stretching for almost three hours, it is a dynamic watch that keeps you engaged with impeccable storytelling and catchy tunes. It gives us an ending that leaves something for the imagination, but that’s not all. There is also a little post-credits scene. It shows the empty stage with people making their way out of the place. While it doesn’t add anything to Hamilton’s story, it does mean something for the viewers. If you haven’t caught up with the musical yet, head over to Disney Plus. SPOILERS AHEAD

Stories take different forms and mediums to come to us. From books to songs to films and live theatre, there are all kinds of ways for a storyteller to reach the audience and imprint them with their ideas. And each medium conveys its ending in a different manner than the other.

For ‘Hamilton’, this idea was to create a musical journey for the live audience. Staged as a play that is meant to be seen live, where actors get immediate response from the audience and often fetch on their reactions to improve their act, the show operates with the same machinery where the stage has movable props to change the scenarios and actors take their position beforehand to appear on their turns. The stage becomes a completely different world, representing different locations for the characters. As compared to this, a movie has the freedom of using real-life locations to make it look like the stories are taking place in the real world indeed. However, they don’t get to have the same interaction with the viewers as a live theatre.

Even though ‘Hamilton’ is presented to us as a movie, something that we can stream on our televisions or phones, it was performed and shot with a live audience. Throughout its runtime, we get to hear the laughter, the whistles, the claps, and even the silence of the audience that has seen the whole thing live. In bringing ‘Hamilton’ to the screens, the makers could have chosen to remove the audience’s reaction. But they didn’t do that because it is the most important part of this experience. It makes you feel like you are a part of the crowd, even if you are watching it locked inside your house, in the time when the idea of going to theatres and cinema seems like an impossible, if not frightening, thought.

The post-credits scene is just another reminder of that experience. Just like you get to be a part of the crowd while watching the show, you also get to be a part of it while filing out of the theatre. The scene’s purpose is to maintain that consistency and if nothing else then to give the comfort of feeling like you have been outside and watched it in the cinema hall, like you were supposed to.

Read More: What is Disney’s Hamilton Based On?