In August 1988, Gladbeck, a small town in Germany (West Germany at the time), was in the national news when a developing hostage situation began at a bank over there. While the saga carried on for more than two harrowing days, the ending was anything but peaceful. Netflix’s ‘Gladbeck: The Hostage Crisis’ delves into the crime solely through archival news footage from the time. Hans-Jürgen Rösner was one of the two outlaws that took the bank employees hostage. So, if you’re wondering what’s become of him, we’ve got you covered.

At around 7:40 AM on August 16, 1988, two armed men entered the Deutsche Bank in Gladbeck before the establishment opened up to the customers. Inside were two employees who were then taken hostage by Hans-Jürgen Rösner and Dieter Degowski. Back then, Hans was 31 years old and was the one talking to the hostage negotiators. The men asked for a getaway car and $300,000 in Deutsche Marks. Once their demands were met, the two men took off along with the hostages. 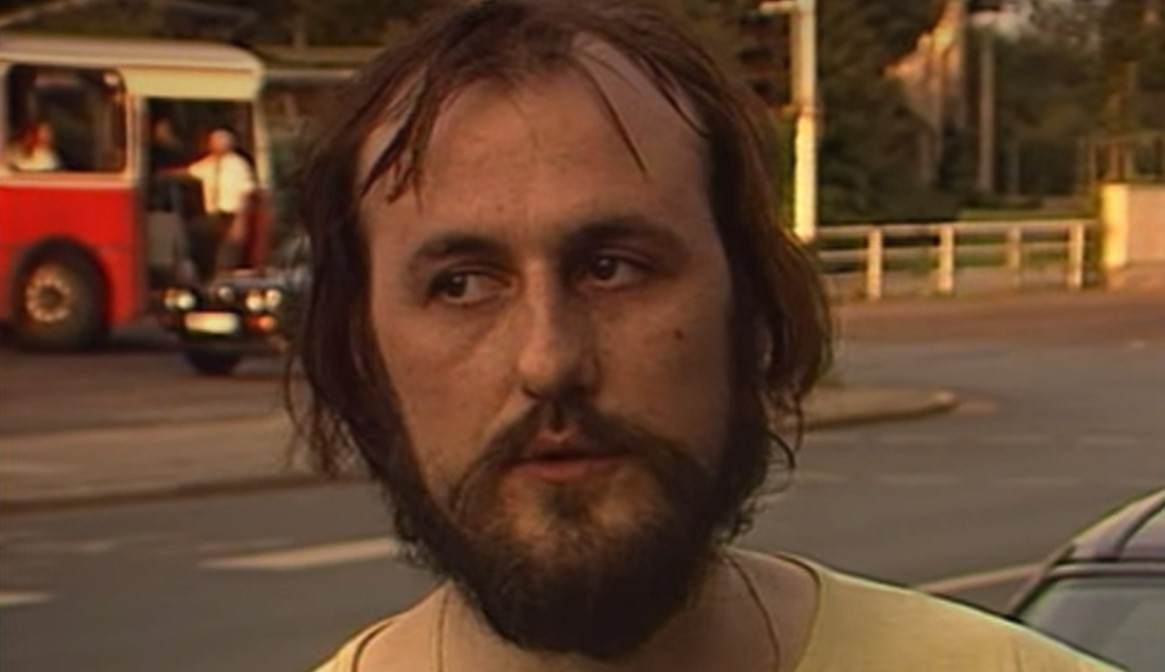 The authorities learned that both men had an extensive criminal history. Hans was sent to prison for eleven years at the age of fourteen. As per the documentary, he had a history of assault, shoplifting, and break-ins. Furthermore, while in prison, Hans stabbed a police officer. He and Dieter drove down to Bremen, Germany, where they were joined by an accomplice, Marion Löblich, who was Hans’ girlfriend.

The three were armed, hijacked a bus, and held more than 30 people hostage on August 17, 1988. In a bizarre move, Hans was interviewed by the reporters present in the area and used them to send their new set of demands to the police. As shown in the documentary, Hans told the reporters present that he didn’t care for his life and added he would either get away or kill himself. At a later point, Hans even put a gun in his mouth.

Eventually, the three of them took off in the bus along with the hostages, stopping at a rest area in Grundbergsee, Germany. There, the situation escalated when the authorities nabbed Marion, leading Dieter to shoot a 15-year-old boy when the police didn’t let Marion go by the time he wanted. She did make it back, but the kid was dead. The bus was then on its way to the Netherlands after about 46 hours since it all started.

From there, in another getaway car given by the police, the three criminals took off with two 18-year-old hostages, Silke Bischoff and her friend, Ines Voitle. That car ended up on a street in Cologne, Germany, where once again, reporters clamored to get soundbites from the perpetrators and the terrified hostages. Then, a journalist, Udo Röbel, helped the group find their way onto the highway before he was dropped off.

About 54 hours into the ordeal, on August 18, 1988, the authorities ambushed the getaway car on the highway, and a gun battle ensued. The police captured Hans, Dieter, and Marion with some injuries but lost Silke to a gunshot wound to the chest. They claimed that Hans killed her. The trio’s rampage was stopped more than two days later, and they stood trial for their crimes.

Where is Hans-Jürgen Rösner Now?

In March 1991, Hans was sentenced to life in prison for his crimes and also received preventive detention. A report from 2017 stated that he was incarcerated at a prison facility in Aachen, Germany. In a recent interview, Hans mentioned that he didn’t apologize to the victims because he believed it wouldn’t be enough. Hans added, “I keep my feelings towards the victims and their families to myself because there is no point in revealing it. It goes without saying that I deeply regret the act. After all, people lost their lives in the process.”

While the authorities have maintained Hans killed Silke, he has asserted that it was the police. Hans added that they mustered up evidence against him in the case. While in prison, he said that he worked for an ironing board manufacturing company. While Hans was reluctant to attend therapy initially, his partner convinced him to take a chance. As per the same interview, Hans lived in a group home and hoped to be released someday. He dreams of spending a life away from everything with his partner.