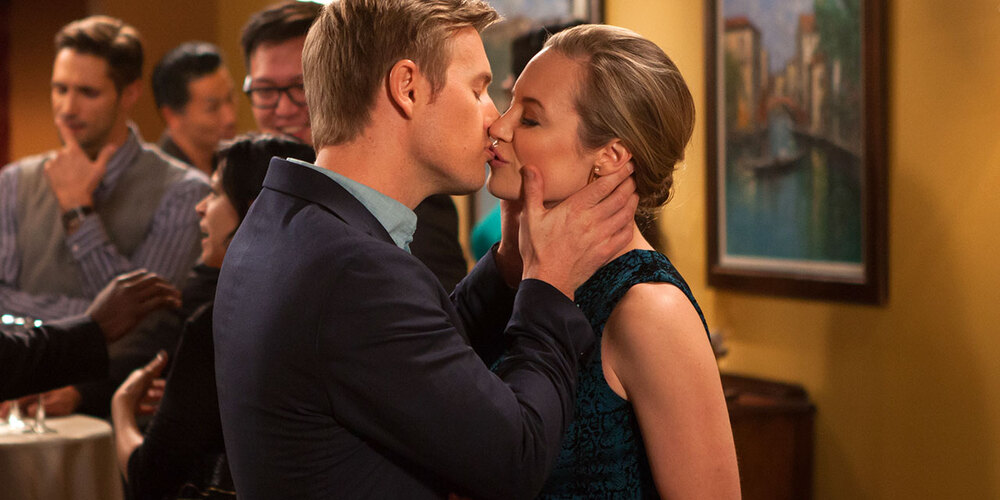 ‘Happily Never After’ is a romantic drama film about a couple who broke up and went their separate ways but are forced to work together again. Authors Josh and Kate were in love when they wrote a book together. As the book they co-wrote became a bestseller, Kate and Josh found themselves drifting apart until they finally decided it was time to end their relationship. Their breakup, however, was not amicable and they still hate each other years later when their publisher calls them in for a meeting. The publishing company wants Josh and Kate to write a sequel to their original bestseller, but they have to do it together as a team. Now a successful true-crime writer, Kate does not see herself writing the kind of story she wrote with Josh before. Josh, who is a children’s book author, thinks it is do-able. Josh convinces Kate that they can still write a book together, working in a professional capacity, without any of the old feelings resurfacing because they were so done with each other. But are they really? Is there a chance of the two reconciling or is this bound to be a “happily never after”? Viewers will have to watch the movie to find out.

While it was difficult to find much information on this movie as it’s rather obscure, we were able to confirm that the movie ‘Happily Never After’ was filmed entirely in Los Angeles, California. The City of Angels has long been a favorite for filming movies and TV shows, being the home of Hollywood. Almost every other American film that’s released shoots in LA, even if it is a few scenes on a soundstage inside one of the countless production studios.

The protagonists, Josh and Kate, are played convincingly by Rick Cosnett (known for ‘The Vampire Diaries’, ‘Quantico’, and ‘The Flash’) and Danielle Savre (‘Station 19’, ‘Heroes’) respectively. The supporting cast includes names like Bianca A. Santos, Ted McGinley, Vanessa Chester, and Andres Londono (of ‘Fear The Walking Dead Fame’).