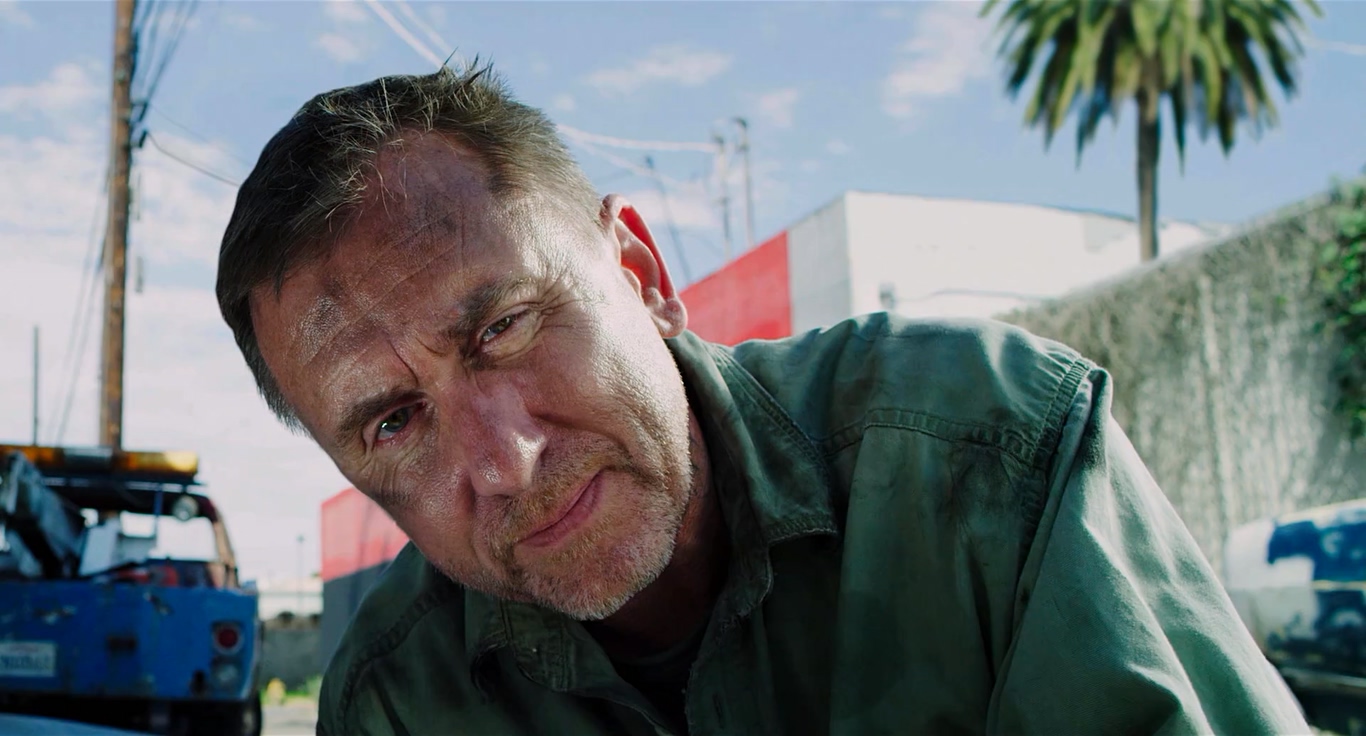 Henry may be way too hardcore for your taste, but he shows the resilience of cyborgs in the face of a Kafkaesque cat-and-mouse chase. Ilya Naishuller directed the 2015 science fiction thriller ‘Hardcore Henry’ in his feature debut, and his vision, whether you like it or not, should usher in a new era in the history of filmmaking. Akan rules everything in a post-dystopian and adequately futuristic world, and he is after Henry for some godforsaken reason. The pathbreaking narrative unfolds from a first-person perspective, reminding us of bleak fps video games. The finale is cathartic, as it amounts to a degree of poetic justice. And that is where it gets bleaker because what would Henry do? SPOILERS AHEAD.

Henry wakes up at a lab as the red filter gets lifted, seemingly with a new lease of life. His arm was shot below the elbow, and his leg was shot off his knee, but his wife, Estelle, revived him to life. He has no memory and no language, and before he can get to speak, mercenaries invade the premises and kill the two scientists, including Robbie, the sorcerer of sound. Akan enters the door and learns how Henry was broken into pieces before they brought him back to life. Before Akan can damage them, Henry escapes from a hidden passage with Estelle. 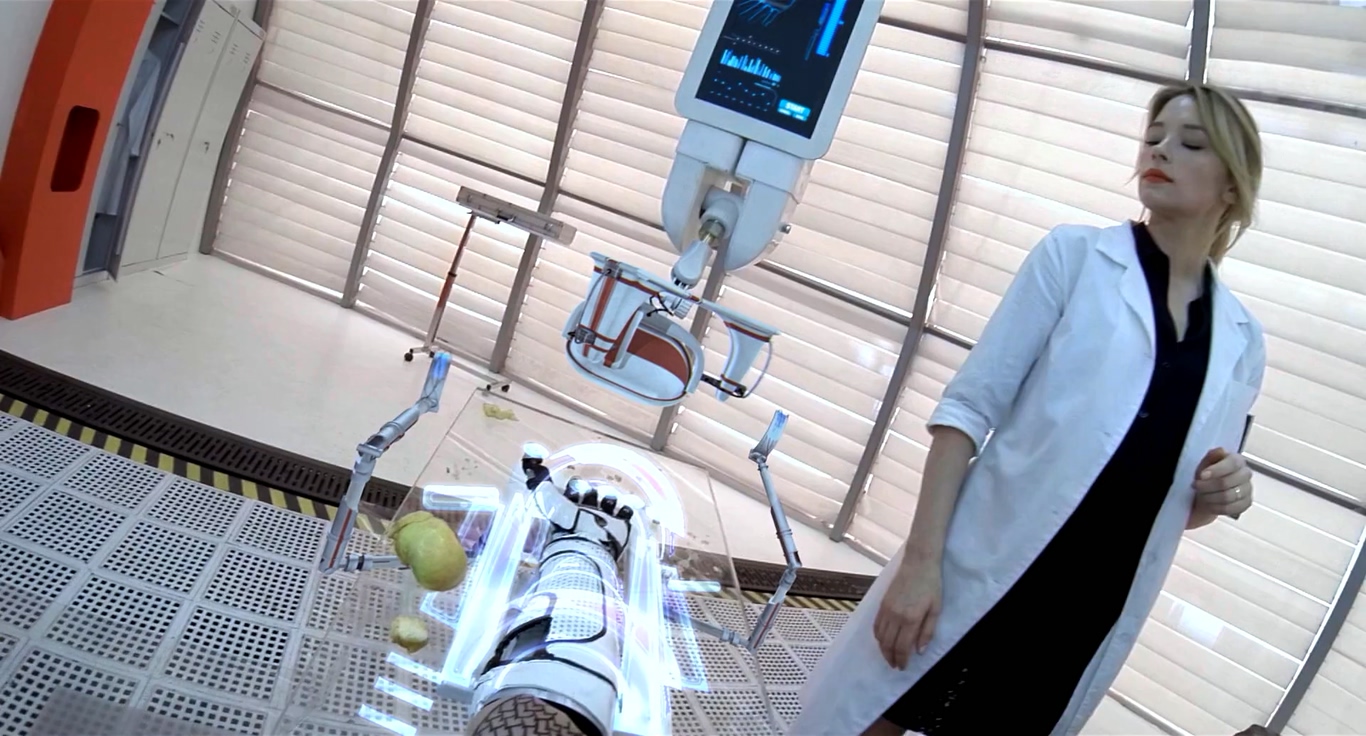 They take the escape pod and descend on a bridge, but Akan’s mercenaries have arrived. They shot Henry with a stun gun, and he falls off the bridge into a parking lot. Now, as he tries to seek and destroy Akan’s overarching plot, his reality, which is also our reality, spirals out of control. Teaming up with a mysterious pot-smoking friend, Jimmy, Henry looks for his wife. Jimmy seems okay despite dying more than a few times and changes avatars occasionally. In the end, Henry discovers a significant truth that changes the meaning of his life or the lack of it. Violence immerses him, and as a subject, he chooses ego over higher self because vengeance is sweet.

Akan seems like the overarching villainy of the film, at least from Henry’s perspective. Akan has psychokinetic powers and can bring people back from the dead. Even after Henry removes the tracking device on the bus, Akan’s super-soldiers do not stop coming. As Henry and a persona of Jimmy’s head to a hotel, they find a lab. The real Jimmy, who is a quadriplegic scientist responsible for building the proto-human technology, is quite contrasting from his make-belief personas.

Jimmy discovers that Henry is broadcasting his video feed to Akan through his eyes, which are not his own. Henry gets his memory back. Thanks to Jimmy, but what he sees is shocking. It seems that Henry was a part of the super-soldiers. We also get the big revelation around the moment about Estelle being Akan’s wife. Each super-soldier is given the artificial memory of Estelle being their wife and thus begins the programmed task of finding the “wife.” 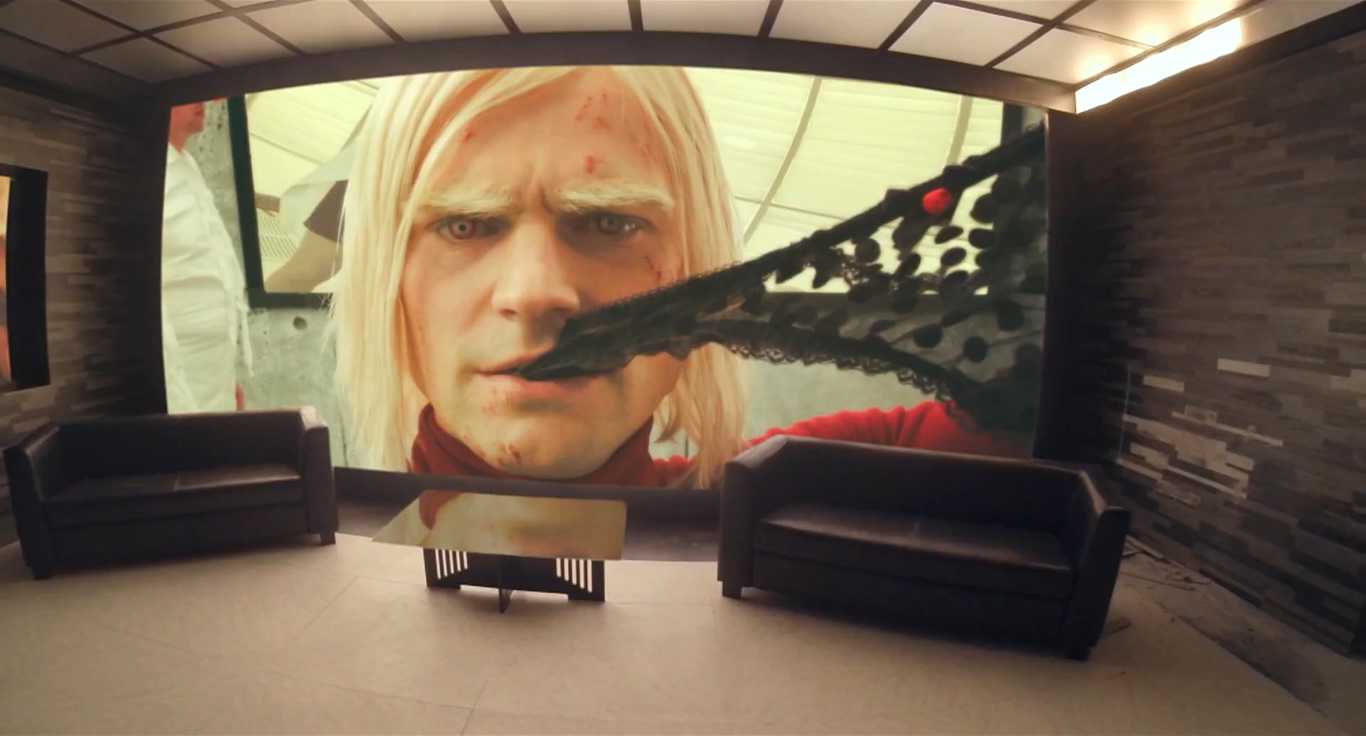 Henry slaughters an entire army, fights a boss fight, and meets Akan. Henry gets severely injured in the process, and Akan seems to have the last laugh. In a dream, Henry relives the sequence that begins the movie. Three children bully Henry, and his father protects him. While his battery has possibly taken a hit after the beating, Henry gets the final push to break Akan’s arm and decapitate him. Akan seemingly does not have power over Henry, who now knows the truth. Estelle’s fate follows.

Is Estelle Dead or Alive? Why Does Henry Kill Estelle?

Estelle is the principal female figure in the plot. Henry is ready to put his life at stake for Estelle, but he comes to know that he does not have a life. Also, Estelle is not his wife but a memory orchestrated by Akan. However, from the unconscious perspective, Estelle is more of a mother figure to Henry. While Akan, the father figure, is the death-lord who can kill and revive people at his whim, Estelle engages with the subjects by creating a sense of emotional attachment. After killing Akan, Henry comes after Estelle because she has been deceitful to him. Henry jumps onto the helicopter, taking Estelle by surprise. 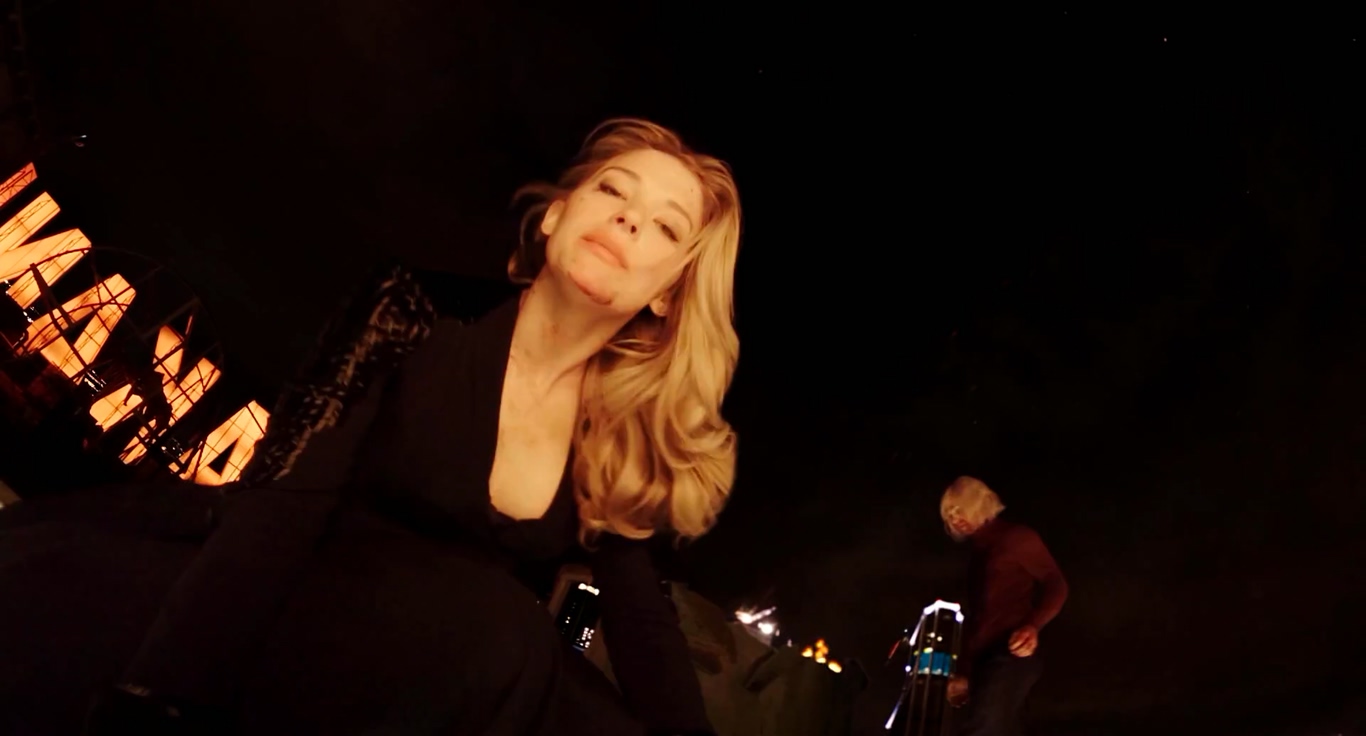 Henry kills Estelle because that is what he has been trained to do. When devoid of consciousness, he did not have a sense of morality. If memory dictates judgment, Henry’s real memory of Estelle is bitter. And in the end, Henry gets his sweet vengeance. As Henry presents Akan’s severed head to Estelle, she cries out in despair. Henry puts a bullet through Estelle, and she asks why. Estelle is still under the impression that Henry is supposed to love her, but she has to let go of her bad faith as her body falls from the copter. Henry has found meaning in the nihilistic violence that permeates the Kafkaesque backdrop. After cutting all ties with his surrogate family, Henry is finally free, even scarily so, paving the way for a sequel.

What Becomes of Jimmy?

Jimmy is an oddball scientist who plays a significant role in the plot progression. At once, a friend, a philosopher, and a guide to Henry, Jimmy is nothing less than an enigma. In one moment, Jimmy is a secret agent, a homeless person, a hedonistic drug-addled brute in a brothel, a private soldier, and a great marksman. However, as Jimmy’s personas begin to die, we eventually get to the honest Jimmy in a secret laboratory. Jimmy, like Akan, was working on a technology to create cyborgs.

When it failed, Akan crippled Jimmy for life. Now, as Jimmy wants revenge on Akan, he and Henry become natural allies. In the end, Jimmy turns out to be the schizoid agent who exposes Henry to the truth. Owing to Jimmy, Henry sifts through the fabric of lies and deceit and finds salvation in a godless world. Meanwhile, Jimmy’s last persona, the colonel, gets mortally wounded and dies. Therefore, we conclude that Jimmy is dead as a doornail when you leave the movie theatre.

Read More: Where And How Was Hardcore Henry Filmed?