In January 2014, businessman Harold Sasko’s family was worried when they couldn’t get a hold of him. But they never could have imagined that he was the victim of a gruesome murder. Investigation Discovery’s ‘Fear Thy Roommate: Down the Rabbit Hole’ chronicles the horrifying details of Harold’s slaying at the hands of the person who was living with him at the time. So, if you’re curious to know more about what happened, here’s what we know!

How Did Harold Sasko Die?

Harold “Hal” Sasko was a Florida native and was the tenth child in a brood of twelve. After going to college in Oklahoma for about two years, Hal worked at the corporate headquarters of a pizza restaurant chain in Texas. He then moved to Kansas with his family during the 1990s. At the time of the incident, Hal owned three pizza restaurants there. He lived in Lawrence, Kansas, with a roommate.

On January 17, 2014, Hal’s family asked for a welfare check because they hadn’t heard from him for a few days. When the officers went to Hal’s home, they found the 52-year-old sprawled on the floor. His hands were bound with zip ties, and his throat was cut. The wound was so deep that he was nearly decapitated. There was blood on the scene, with the word “FREEDOM” written on the wall in Hal’s blood. The police also saw beer cans, and some of them had traces of a sleeping pill on them.

A toxicology report later confirmed that Hal had sleeping pills in his system. The authorities learned that Hal’s car was missing, along with his roommate, Sarah Brooke Gonzales-McLinn. She was about 19 years old at the time and had been living with Hal for more than a year. Sarah also worked at one of Hal’s restaurants. Hal’s family later stated that she moved in with him while dealing with some personal issues. Initial suspicions of Sarah being kidnapped were quickly quelled when they learned that she was the one who drove away in Hal’s car. 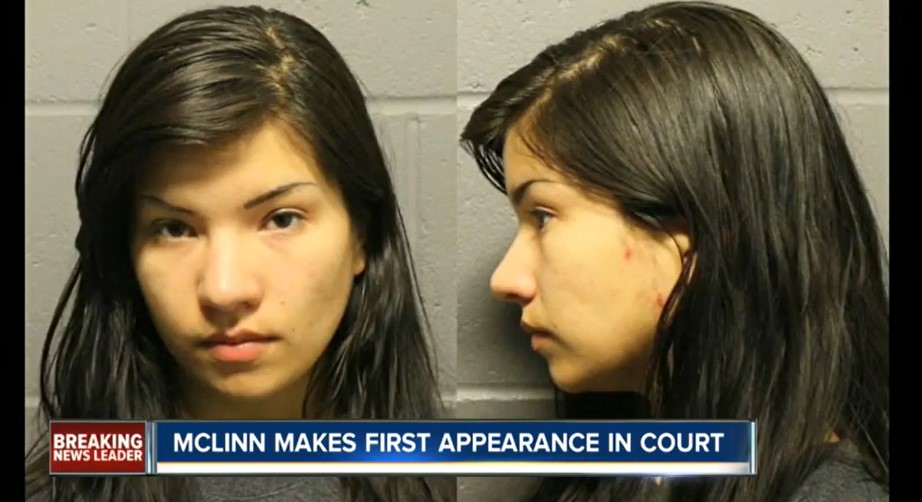 On January 25, 2014, Sarah was found at the Everglades National Park in Florida, sleeping in Hal’s car, illegally camping over there. Inside the vehicle, there were firearms, knives, and some hashish. Upon questioning, Sarah confessed to the murder. She claimed that she did it because she wanted to know how it felt to kill someone. Sarah admitted to deciding five days before killing Hal and taking steps to make sure it happened.

On January 14, Hal got back home and began drinking while working on a speaker system. At some point, he asked Sarah to bring him a beer. She then added sleeping pills that she had crushed earlier to the beer. After some time, Hal passed out, and Sarah proceeded to bind his ankles and wrists with zip ties. She used a hunting knife to make a deep stab wound in his neck and then almost sawed Hal’s head from his body.

Sarah then took a shower before packing up her things and heading out in Hal’s car. She first headed to Texas before going to Florida. At Sarah’s trial, the proceedings were centered around her ability to form an intent to kill. The defense’s expert witness testified that Sarah had a dissociative identity disorder and that it was one of her other personalities that was responsible for Hal’s murder. The defense also contended that Sarah was sexually abused as a child.

Sarah also stated later that living with Hal came with a lot of restrictions. She said, “I think more than anything he made me feel he owned me. I was a toy to him, like his personal barbie doll. That’s what he tried to make me.” More testimony indicated that Hal paid for Sarah’s cosmetic surgeries, namely a nose job and buttock implants.

Where is Sarah Gonzales-McLinn Now?

Sarah was ultimately found guilty of first-degree premeditated murder with aggravating factors. In September 2015, she was sentenced to 50 years to life in prison. Sarah said after her sentencing, “I’d like the chance to say I’m sorry to my family, and Hal’s too. I know you have every right to hate me for the rest of your lives, and I know I’m asking a lot, but I hope that one day you find it in your hearts to forgive me.” In May 2021, Sarah was re-sentenced to 25 years to life after it was deemed that she received ineffective counsel during her trial. As per prison records, Sarah remains incarcerated at Topeka Correctional Facility in Kansas. The earliest she can get out of prison is in 2039.