In July 2010, a brazen shooting incident in broad daylight left the residents of Greensburg, Pennsylvania, trying to make sense of what happened. Harry Mears was found with multiple gunshot wounds on the side of his house. The chilling case is featured on Investigation Discovery’s ‘Scorned: Love Kills: Slave to Love.’ The authorities made a quick arrest thanks to the culprit turning himself in, but what they learned later shocked them. So, if you’re wondering what exactly happened, we’ve got you covered.

How Did Harry Mears Die?

Harry A. Mears III was born in January 1971. The Pittsburgh, Pennsylvania native graduated high school in 1989 and then attended the Indiana University of Pennsylvania to pursue computer science. After graduating with honors, he did end up working for IBM as a programmer at some point. People described the 39-year-old as a quiet and friendly person who was a former high school athlete. Unfortunately, the young man was brutally murdered sometime during the afternoon of July 11, 2010.

The authorities found Harry profusely bleeding on the ground outside his house with multiple wounds. He was shot once in the leg and twice in the chest with a .44-caliber Magnum revolver. First responders worked on Harry for a while before transferring him to a hospital, where he was later pronounced dead. By then, the authorities had a fair idea of what happened, thanks to witnesses in the area. Not just that, a call to the station from the shooter meant they had the culprit in custody.

After the shooting, a man named Richard McAnulty turned himself in to the police. Soon, the authorities realized that a sordid love triangle led to Harry’s death. Richard had been married to Diane for over three decades, and they lived in Indiana County, Pennsylvania. As per the show, Richard had lost his job as a building inspector and spent a lot of time away from home looking for work and hanging out at the local watering hole. Furthermore, Richard also had an affair with a woman he met at the bar. 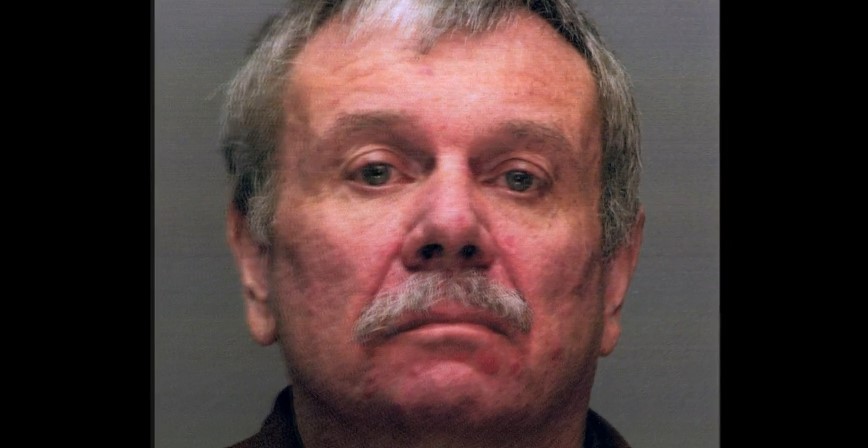 At the same time, Diane was mostly confined to the house, leading her to seek companionship outside of her marriage. She met Harry Mears through an online chatroom in early-2009. The two began to exchange emails, soon giving way to a steamy extramarital affair. Diane and Harry had a “master-slave” relationship, with Diane being the submissive half. By mid-2009, they regularly exchanged emails and met up in person.

At some point, Richard read the emails and confronted Diane about her fling with Harry. As per the show, she readily admitted to the affair and promised to end things with Harry. The married couple decided to stay together to make things work. Sometime in July 2010, though, Richard came across a recent email from Harry in Diane’s inbox. Believing that the affair had continued over the past year, he decided to take things into his own hands.

On the afternoon of July 11, 2010, Richard drove about 30-40 minutes to Harry’s home and barged in with a gun. He followed Harry upstairs and shot him in the leg as he leaped out of the bedroom window. Harry then fell on the porch roof and then onto the ground. Witnesses saw Richard walk around the house, stand over Harry, and shoot him twice in the chest. Furthermore, Kimberly Gray, Richard’s mother’s caregiver, testified that he confessed to her about the murder.

According to Kimberly, Richard argued with Diane that afternoon before driving out to Harry’s house. When he was about to shoot Harry the second time, the 39-year-old said the injuries hurt, to which Richard replied, “Not as much as you hurt my heart. You’ll never sleep with another man’s wife.” One of Harry’s neighbors testified to seeing Harry leave in his truck with a gun.

Where is Richard McAnulty Now?

At Richard McAnulty’s trial in July 2011, the defense claimed that he was drunk, depressed, and suicidal when he committed the crime. An expert for the defense stated that Richard was enraged on that day but admitted that he still had the capacity to plan the attack. Diane testified that her husband read some of the letters on the day of the shooting.

Ultimately, Richard McAnulty was found guilty of first-degree murder, burglary, and a firearms crime. Then 54-years-old, the Indiana County resident was sentenced to life in prison without the possibility of parole. As per prison records, Richard remains incarcerated at the State Correctional Institution – Mercer in Pennsylvania.