Has Leslie Renald Lagrotta Been Found? Is He Still Missing? 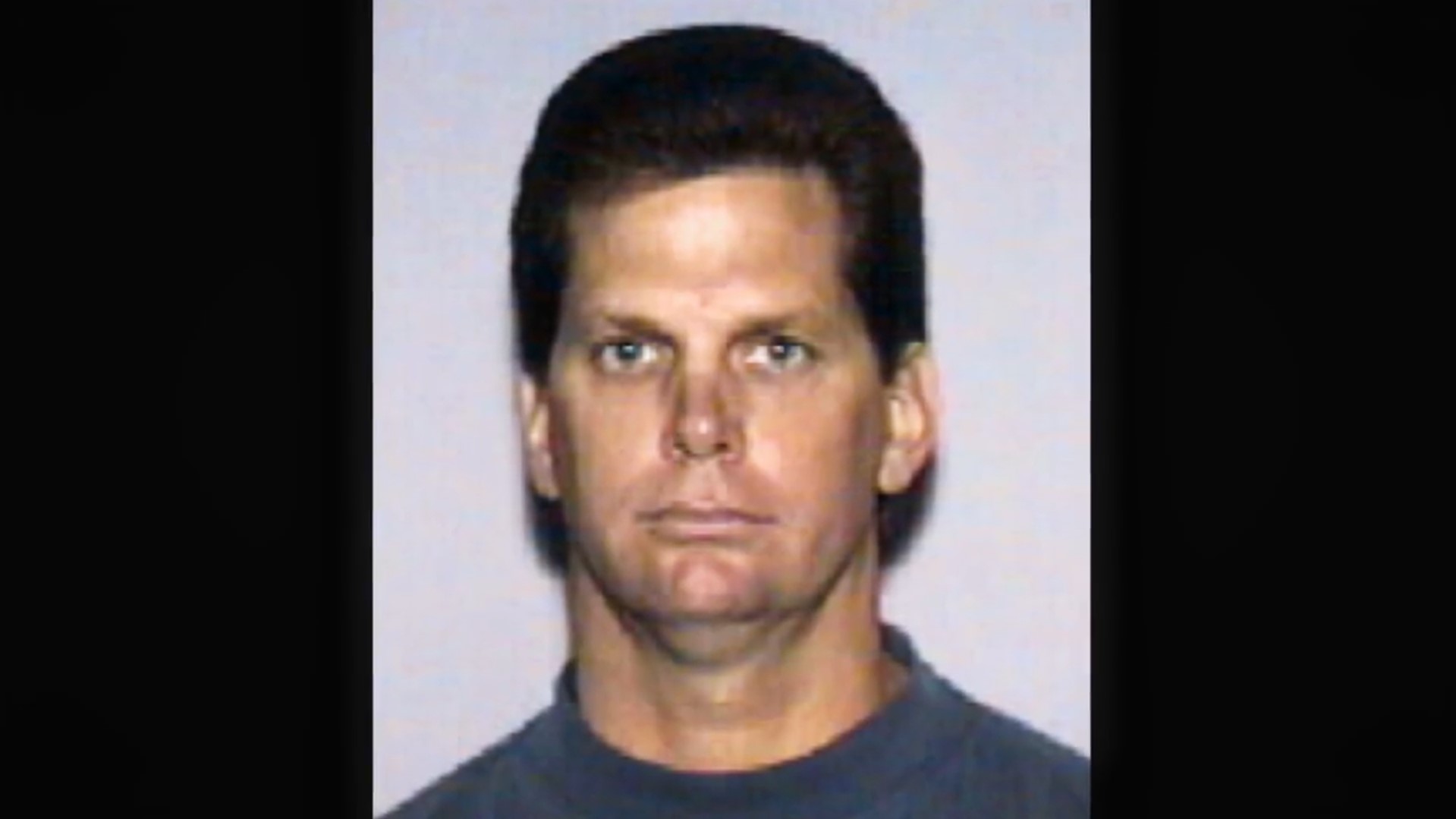 Between 1988 to 1998, residents in Florida’s Volusia and Orange counties were left terrified by a series of brutal and heinous rapes. While the crimes were inhuman in nature, authorities soon suspected that the person responsible for the rapes was stalking and choosing his targets carefully. Investigation Discovery’s ‘In Pursuit with John Walsh: Lying in Wait’ chronicles the crimes and shows how the prime suspect, Leslie Renald Lagrotta, disappeared into thin air. Let’s take a closer look at the details of the case and find out if Leslie has been found, shall we?

What Did Leslie Renald Lagrotta Do?

Born in 1960, Leslie Renald Lagrotta is a native of Florida. Apart from the rapes he is suspected of, the 62-year-old does not have a serious criminal record. Hence, while investigating the crimes, it was challenging for the police to suspect someone with no criminal history. Moreover, since the crime scenes did not provide authorities with a lot of leads, and the victims weren’t able to identify their abuser, it took the police quite some time to conclude their investigation. 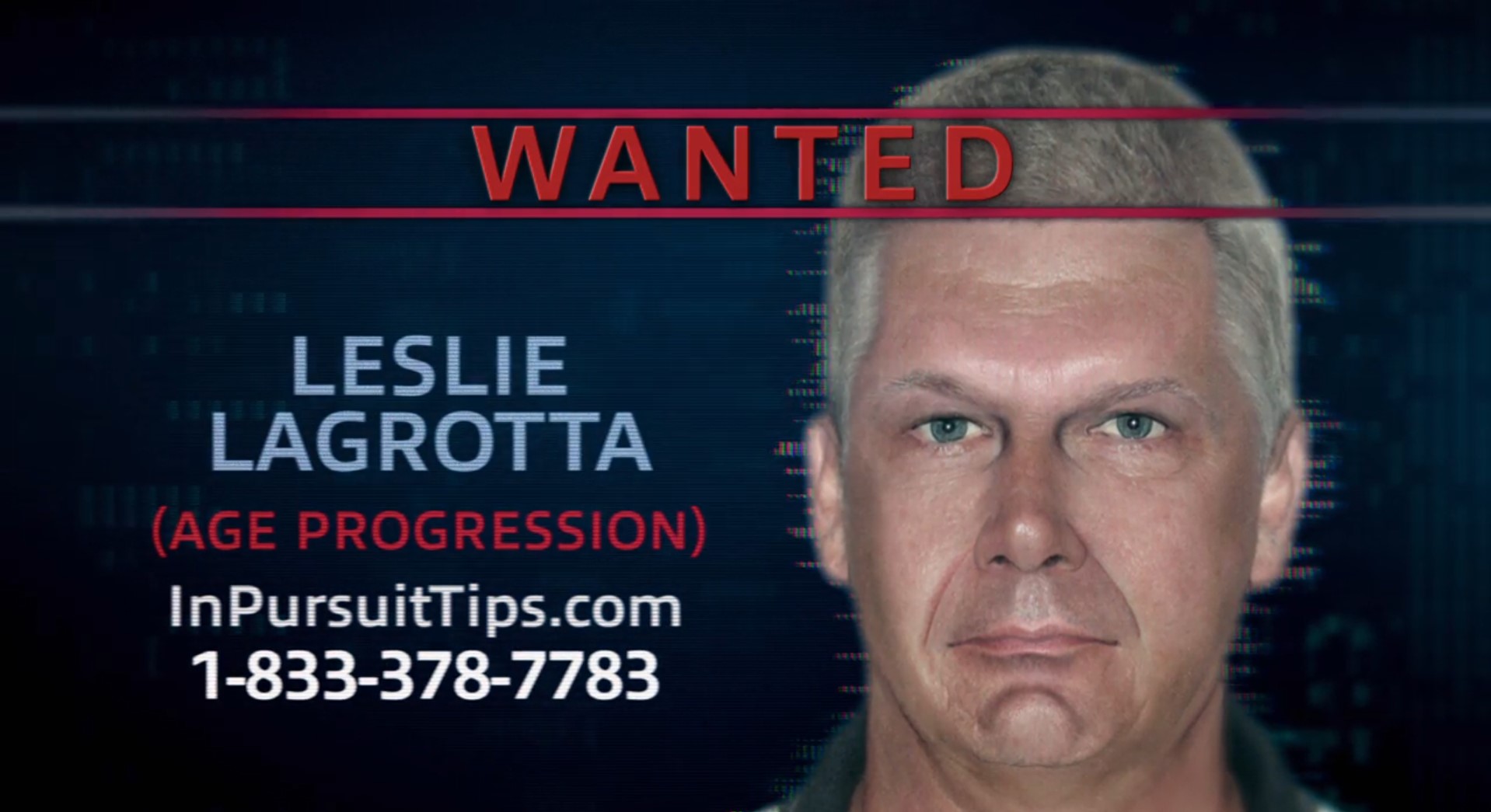 Nevertheless, according to reports, Leslie allegedly struck for the first time on June 17, 1988, and is accused of threatening an Orlando woman at knifepoint before raping her. Subsequently, on July 30 of the same year, he was again accused of holding another woman hostage and sexually abusing her against her will. Besides, case files also talk about an attack on another Orlando woman in February 1989, which has allegedly been linked to Leslie.

Following the February 1989 attack, things quietened down for a while before a woman in Volusia County was raped and threatened with death inside her own bedroom on January 16, 1992. In the following year, on July 20, 1993, another Volusia County woman was attacked inside her home, while a victim was assaulted while walking on Daytona Beach on May 11, 1998. As of writing, Leslie Renald Lagrotta is accused of all these crimes and an additional fourth sexual assault.

Has Leslie Renald Lagrotta Been Found?

Unfortunately, Leslie Renald Lagrotta remains missing to this very day, although the police insist that it is an active investigation and they are still actively hunting for him. Interestingly, the show mentioned that Leslie was spotted allegedly stalking a woman in 2010, and the police apprehended him once he tried to resist arrest. However, after being asked to submit his DNA, Leslie paid his bail, cleared out his bank account, and vanished into thin air. 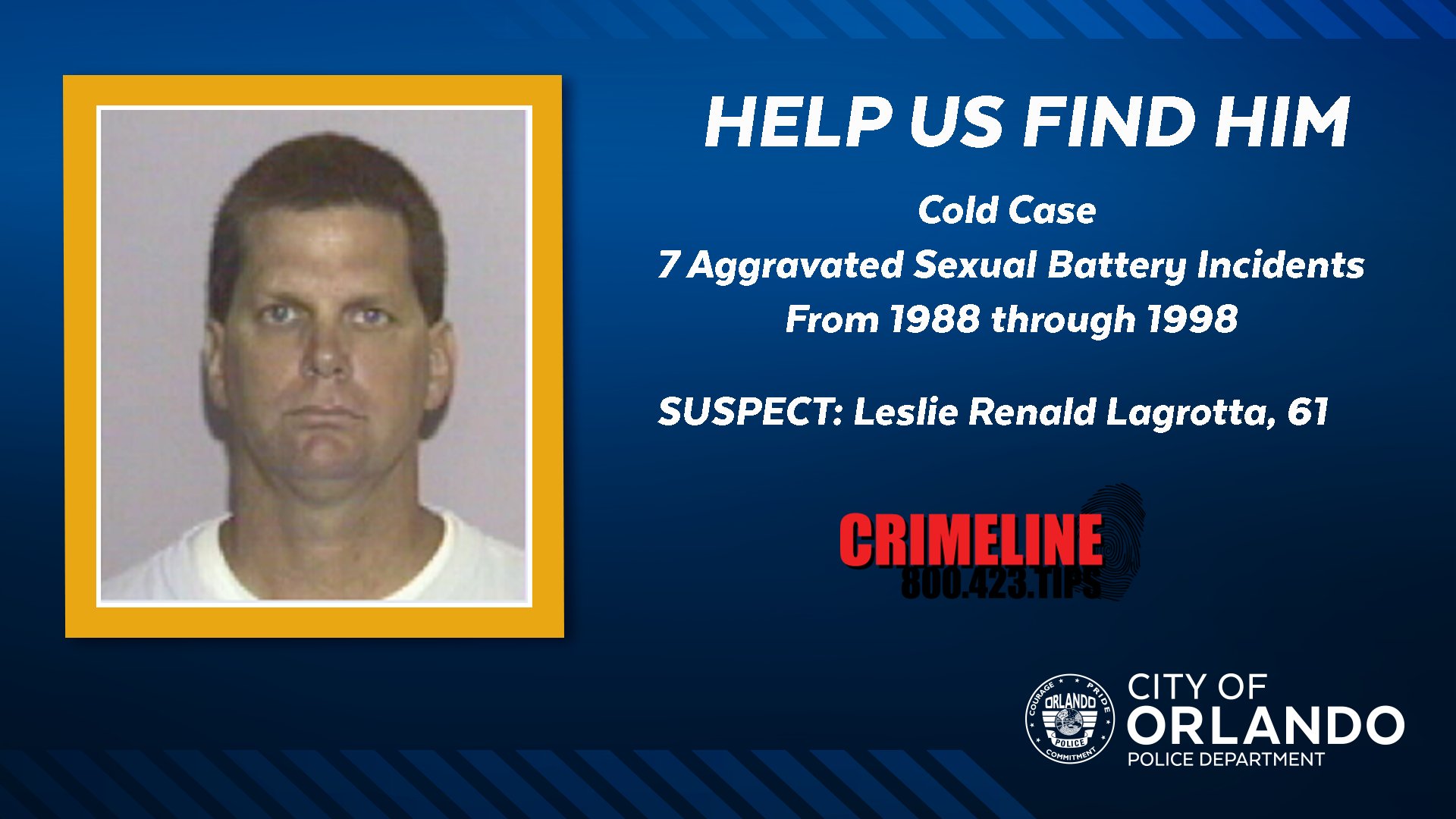 Since that day, Leslie Renald Lagrotta hasn’t been in contact with any of his acquaintances, and even his family has no idea about his present whereabouts. On the other hand, without any DNA evidence, the rapes naturally went unsolved for years until authorities finally identified Leslie as the sole suspect in 2021. Thus, even though Leslie’s whereabouts remain unclear, he is currently suspected of being involved in seven aggravated sexual battery cases and has a $25,000 reward on his head.