Has Marina Boelter Been Found? Is She Dead or Alive?

In 2014, teenager Marina Pearl Boelter vanished on New Year’s Eve after finishing work at a local grocery store. Despite an extensive search, the authorities couldn’t find out what had happened to her. Investigation Discovery’s ‘Still a Mystery: Missing Blue Eyes’ delves into this very case in the second half of the episode. As the years passed, Marina’s family struggled to make sense of her sudden disappearance and have looked for answers ever since. So, if you’re curious to know more about this case, we’ve got you covered.

What Happened to Marina Boelter?

Marina was born in July 1996 and grew up in Hamilton, Indiana. She did well at school and was close to her siblings. In 2010, Marina moved to Bloomfield, Indiana, along with her sister to be closer to her mother and grandfather. Soon, she started dating DJ Lockhart and was pregnant with his child in 2013. As per the show, the child was placed in foster care after an incident in August 2014.

The 18-year-old was working at a local grocery store and had just moved into an apartment of her own when tragedy struck. At around 6 PM on December 31, 2014, Marina ended her shift and was to head home. According to DJ, she left with an unidentified man in his car. That was the last time Marina was ever seen. Her coworkers filed a missing person report when she didn’t show up for work the next day. While Marina’s purse, phone, and keys were missing, nothing else from her house was disturbed.

Is Marina Boelter Dead or Alive?

Investigators believed that Marina left the store with one of the customers at the grocery store. That person was later tracked down and ruled out as a suspect. He told the police that Marina asked to be dropped off at a pizza shop close to her house because she did not want him to know where she lived. Marina’s family stated that they were never given the man’s identity. Furthermore, it was reported that the man had previous convictions for abduction and rape. 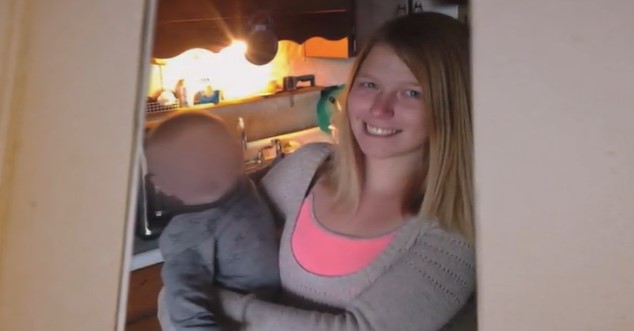 About six weeks after Marina’s disappearance, DJ was stabbed to death after an altercation in Bloomfield. Investigators stated that the 22-year-old’s death was not related to Marina’s disappearance in any way. But Ashley Boelter, her sister-in-law, was convinced DJ was involved. She said, “David (Marina’s brother) and I have never given up on the idea that DJ had something to do with it. It seems too weird that we didn’t have answers, then he died, and we still don’t…he was abusive towards her. He broke her collarbone.”

As the years passed, the case turned cold. The authorities have stated that no tips or leads came up in the recent past, and Marina’s disappearance remains unsolved. However, the family hopes to find some closure. Ashley said, “There’s no way with how small the town is that nobody knows what happened to her. We just want an ending, as opposed to the torment of never knowing what happened. How could nobody know? It just doesn’t make sense.” She runs a Facebook page called Find Marina Boelter that raises awareness regarding the case.