Heather Strube Murder: Who Killed Her? Where Are Joanna Hayes and Steven Strube Now?

Investigation Discovery’s ‘See No Evil’ looks into cases where surveillance camera footage plays a huge role in solving them. The series involves the accounts of police and eyewitnesses as well. The episode ‘It Looks Like You’ details the murder of Heather Strube in the parking lot of a Target store in 2009 and how the footage from the parking lot cameras played a role in finding the killer. A case that heavily relied on eyewitness accounts, let’s find out more about it, shall we?

How Did Heather Strube Die?

Heather Strube was a 25-year-old single mother who was working as a wedding coordinator. She got married to Steven Strube in 2004 and they had a son, Carson. However, they had separated in 2008 and were involved in a custody battle for Carson leading up to the time that she was killed. Steven was living with his mother, Joanna, and his girlfriend during this time.

On April 26, 2009, Heather drove down to the local Target parking lot to pick up Carson after a visit with his father. This was a spot they had used a few times before. At around 6 PM in the evening, Heather was shot point-blank on her forehead using a .38 caliber handgun with Carson still strapped in the backseat of her car. 911 calls and eyewitness accounts described the shooter as a short, thin, white male wearing khaki pants and a button-up shirt.

In addition, the assailant had black hair and a mustache. A composite sketch was made from the eyewitness descriptions. The police who arrived on the scene concluded that robbery was not the motive since Heather’s purse was still in her car. This led to them consider a more personal reason that might have led to her death. Steven was quickly ruled out as the suspect since the parking lot camera showed him leaving before the murder.

Another camera caught the suspect entering and leaving the lot but the face wasn’t visible. The investigation had its first big lead when an eyewitness who was staying in a motel behind Target called the authorities. He stated that he noticed someone similar to the composite sketch clicking pictures of the area while sitting in a white pickup truck the day before the murder. The investigation steered Joanna’s way when the eyewitness identified her truck as the one he had seen.

Joanna Hayes, who was eventually convicted for the crime, was Heather’s mother-in-law. In her initial interview, she had denied committing the crime but she had admitted to disliking Heather and had felt that she wasn’t good enough to raise Carson. The police then theorized that Heather could have disguised herself to kill Heather in order to prevent her from gaining custody of Carson. 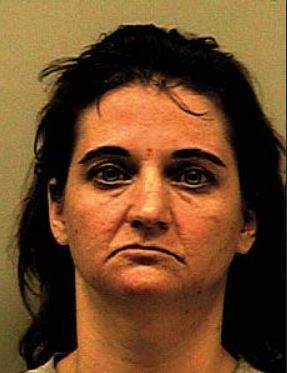 After the eyewitness account, the police obtained a search warrant for Joanna’s car. A forensic examination found a wig fiber in the truck along with traces of gunshot residue on the steering wheel and the dashboard. At her trial, the prosecutors alleged that Joanna put on a wig and a mustache when she killed Heather. Testimony from Joanna’s ex-husband brought light to the fact that she carried a .38 caliber Lady Rossi 5 handgun with her at all times.

He added that she had once threatened him by pointing the gun at his head after an argument. Steven Strube, who initially believed that it was his mother he saw in the security footage, later took back his statements while on the stand. While the murder weapon was never found, the evidence presented by the prosecution and the various testimonies from eyewitnesses and family were deemed enough by the jury to find her guilty.

Where are Joanna Hayes and Steven Strube Now?

Joanna Hayes was found guilty of malice murder, felony murder, aggravated assault, and possession of a firearm during the commission of a felony. She was sentenced to life in prison. However, she has always maintained her innocence. The judge had also barred her from contacting Heather’s family or the witnesses called at the trial, except for her son and ex-husband, for 5 years if she is paroled. According to Georgia law, she is eligible for parole after serving 30 years of her sentence. As per prison records, she is incarcerated at Pulaski State Prison in Hawkinsville, Georgia.

Steven Strube, on the other hand, seems to have done well after a short prison stint for a probation violation in 2009. According to his LinkedIn Profile, not only did Steven graduate from Georgia State University with a Bachelor of Science in Accounting and Business/Management, but he currently holds the position of Vice President at Elite Awnings Inc., having worked there since May 2014.