Here Are All the Cast Members of Below Deck Season 8 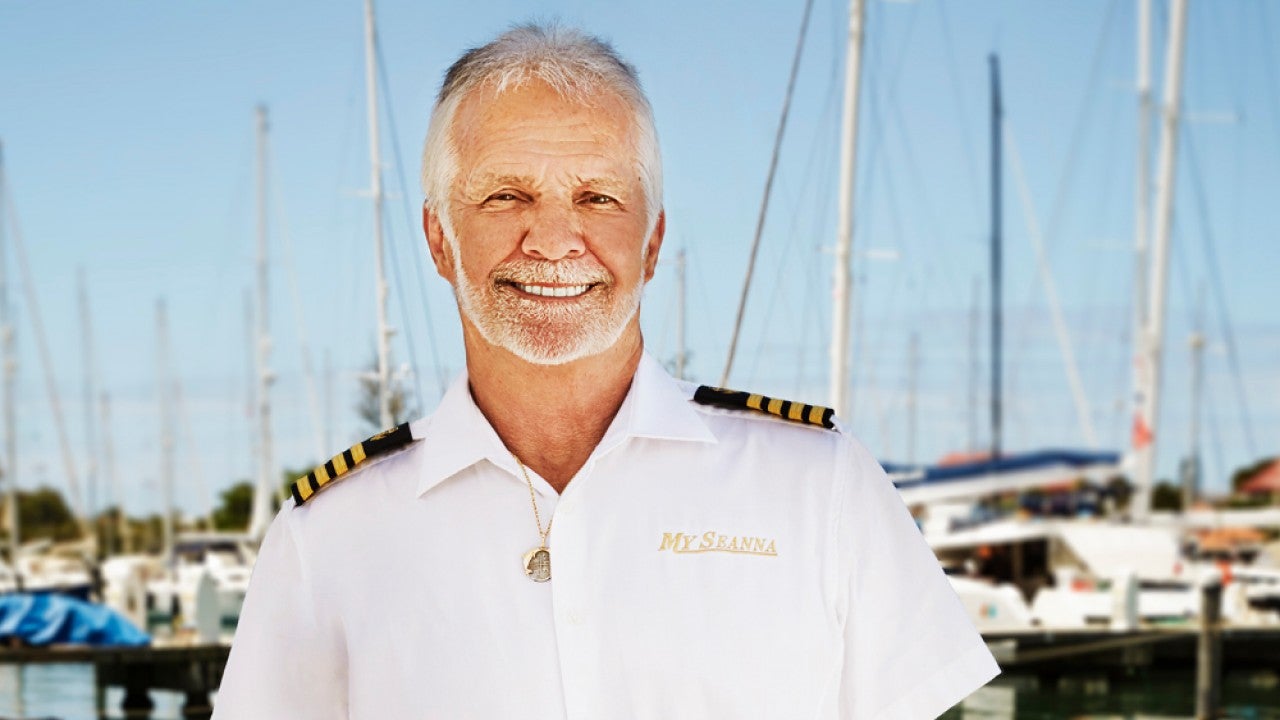 ‘Below Deck’ is the highest-rated Bravo TV series that has been a hit among the audiences since its premiere on July 1, 2013. The nautical-themed show exhibits the lives of the crew members working and living aboard a mega yacht, “My Seanna” for season 8. Fans have been raving for the details of the veterans and the new crew members who have geared up to sail around the Caribbean under the superintendence of Stud of the Sea, Captain Lee. Here is the list of Below Deck Season 8 cast members. 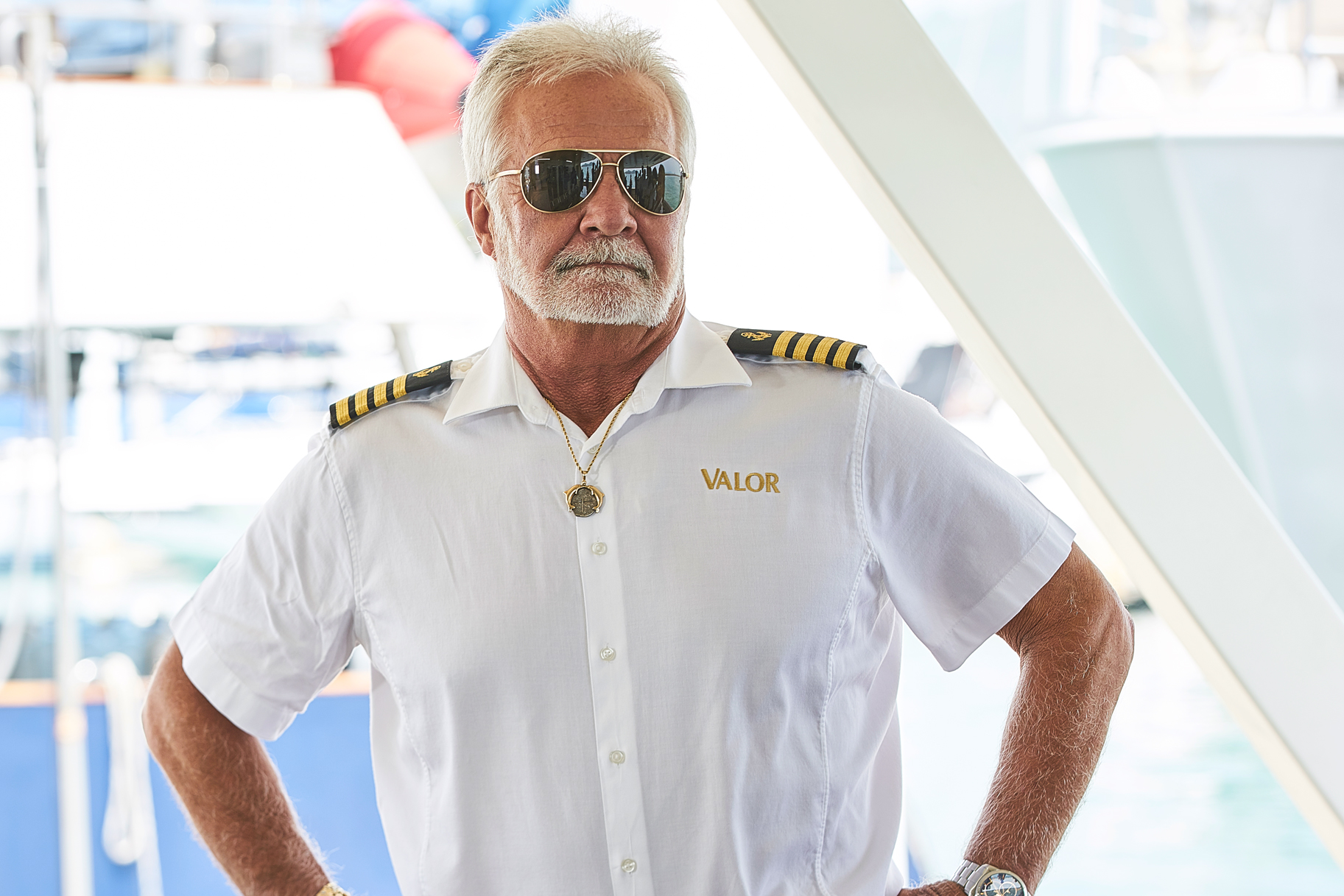 Having spent more than twenty years in the yachting industry, Captain Harold Lee Rosbach has garnered immense respect for his no-nonsense attitude. Despite managing eateries in Turks and Caicos for the first few years of his career, Lee earned his Captain’s license at the age of 35. There was no going back to his restaurants for the Michigan native after being introduced to the world of the sea by an acquaintance.

Capt. Lee has been leading the ‘Below Deck’ crew since its first season and has dealt with several tricky situations. Once, he was put in a tough spot when a passenger decides to go skinny-dipping in the ocean against the safety norms of the yacht. The diligent commander adeptly handled the situation, though he lost his cool at the end. Caption Lee’s return to the cast of ‘Below Deck’ with his old bud Eddie was as anticipated as welcome. 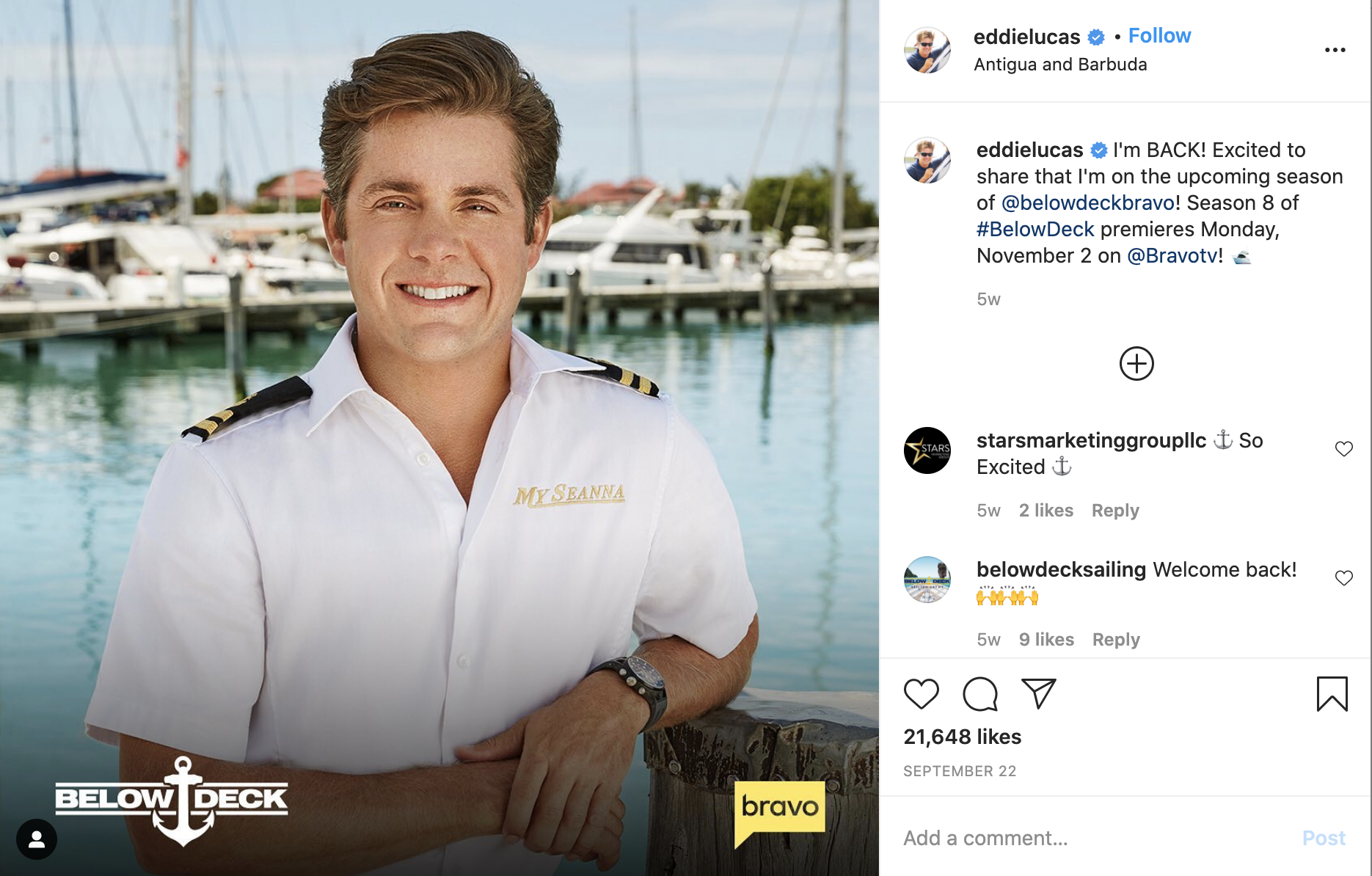 The ‘Below Deck’ fans who have been binge-watching the show since its first season might recognize a familiar face, and that is Eddie Lucas from the first three seasons. The fan-favorite bosun had to make a hurried exit because of getting stuck in a controversy with his lover, Raquel “Rocky” Dakota onboard. In his time away from the show, Eddie only got a chance to think about his misdeeds in retrospect but also hone his skills as a yacht member.

He has successfully obtained a 1600-ton license and experience in working on tugboats in Baltimore, Maryland. One of the original cast members, he brings to the show a highly-valued degree in adventure education from Green Mountain College. Formerly seen as the voice of reason, the upcoming edition 8 would tell the viewers if much has changed about his calm demeanor in the last five years? 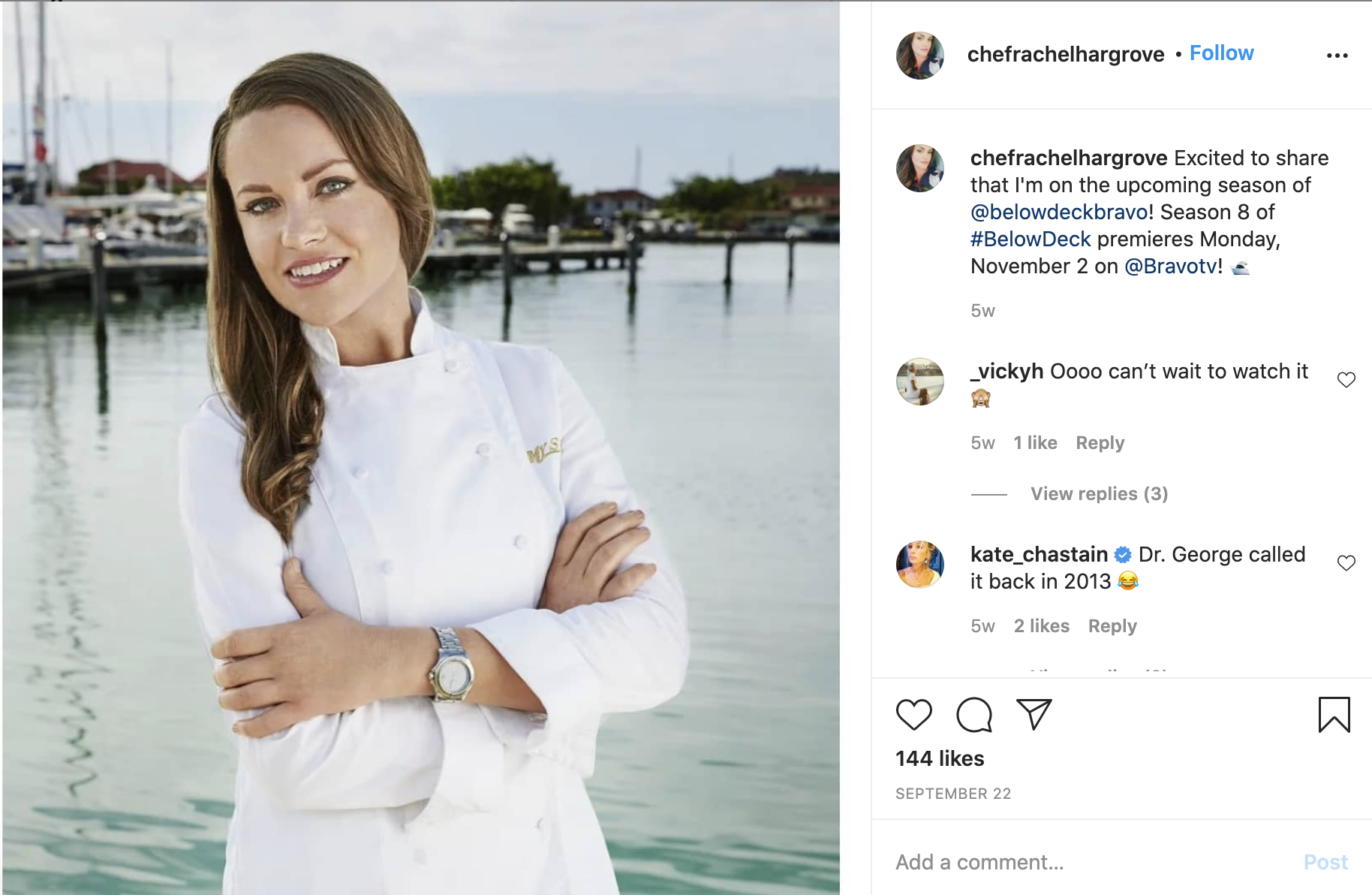 For any traveler, one of the most essential parts of his travels is the exquisite food that he relishes throughout his trip, and Chef Rachel Hargrove is in charge of just that! She hails from Tampa, Florida, and did not receive much formal training for her vocation except for attending the Culinary Institute of America. The talented gourmet artist added to her self-taught education by working as an apprentice at the Michelin-starred restaurant Quatro Passi in Nerano, Italy.

Her passion for honing her culinary skills has taken her to several countries like Thailand, Japan, India, and Italy. The globetrotter has excelled at creating multi cuisines-from molecular gastronomy to gluten-free pasta. With 14 years of experience and a confident air to herself, Rachel is sure to impress her guests on the yacht. 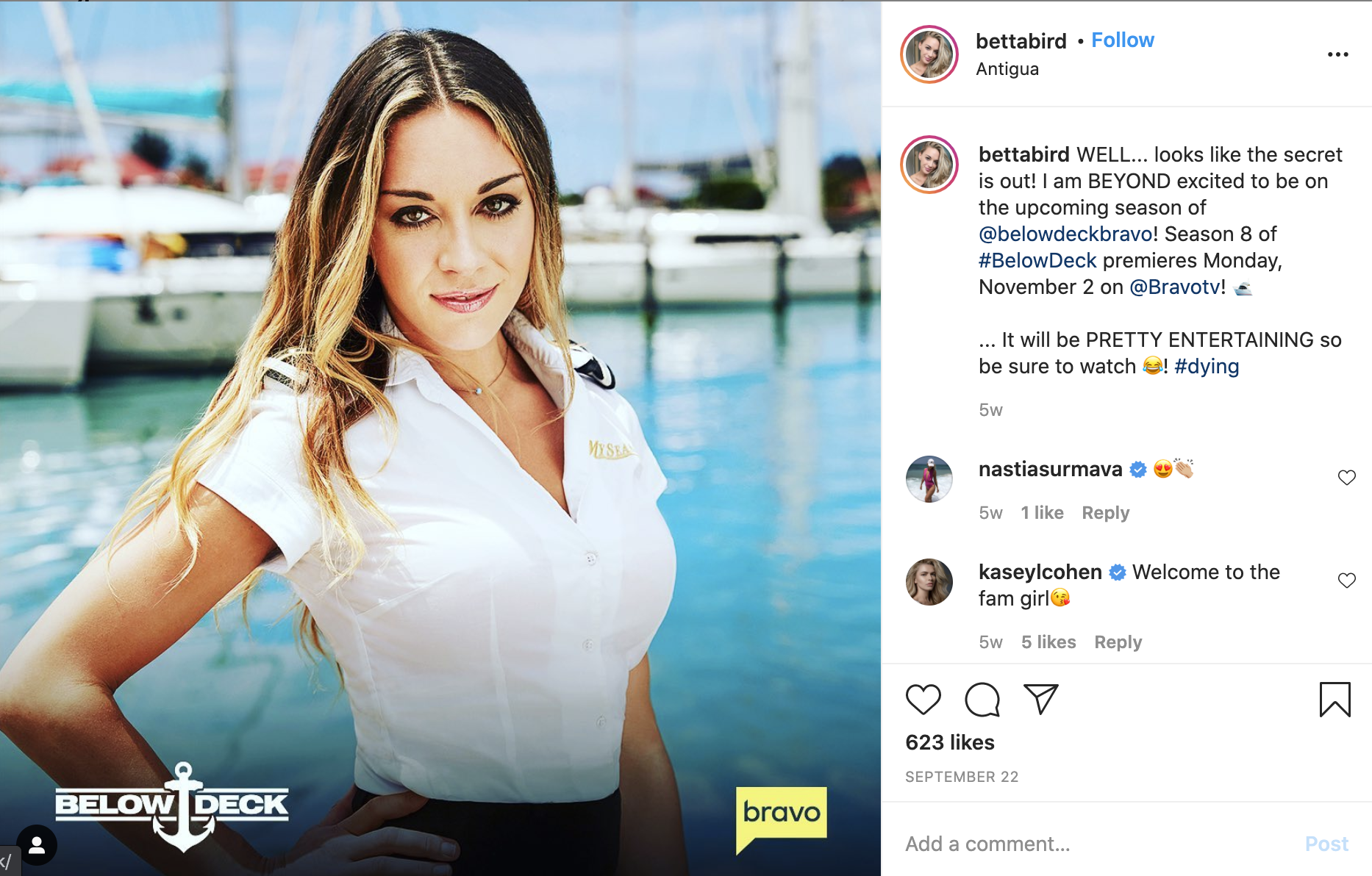 Elizabeth Frankini is a Long Island native and a mermaid at heart. Her now ex-boyfriend wished to take her around the world and in the process, introduced her to the world of blue waters and sandy beaches. To fulfill her fascination with foreign cultures, Elizabeth began freelancing in the yachting business. This was four years ago, and the reality TV star now finds herself completely immersed in the trade.

A big believer in auras and their energies, she carries her healing crystals everywhere to ward off the negativity around her. The “My Seanna” is sure to create chaos in her life, but the strong-minded second stew seems ready to face it all! 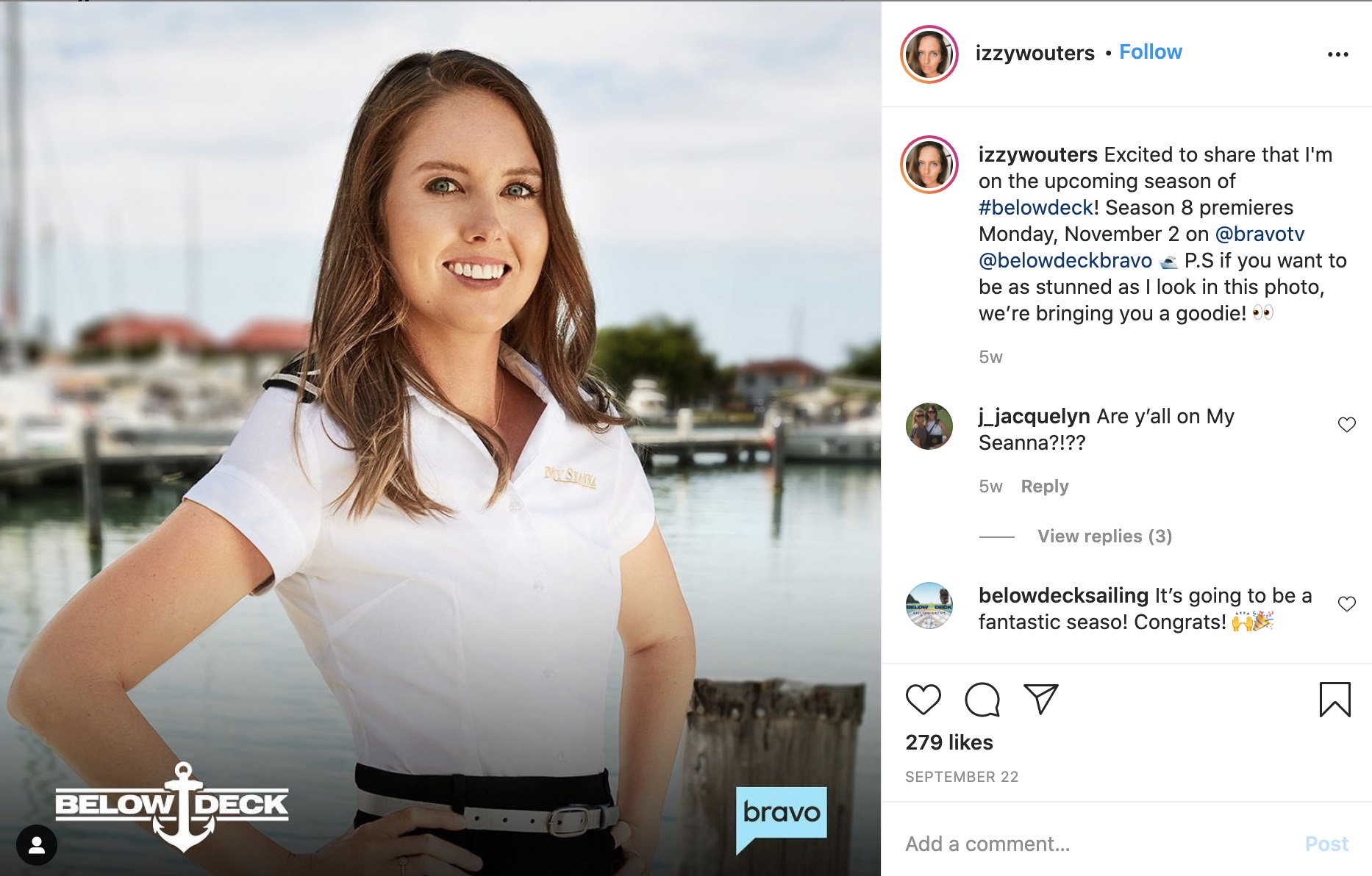 Much like her fellow crew member Elizabeth Frankini, Isabelle Wouters’ entry into the yachting industry happened as a complete stroke of luck. It took the Aussie a trip to Europe four years ago to completely fall in love with traveling and oceans. Her hunger for perfecting the hospitality skills led her to become a certified yacht master.

Aspiring to become a deckhand, the brunette knows her way around the interior and exterior of a boat. As the third stewardess on the “My Seanna,” Isabelle’s life seems wrapped up by her job. The viewers see her performing all the responsibilities proficiently and form friendships on board that she wishes to keep till the end of time. 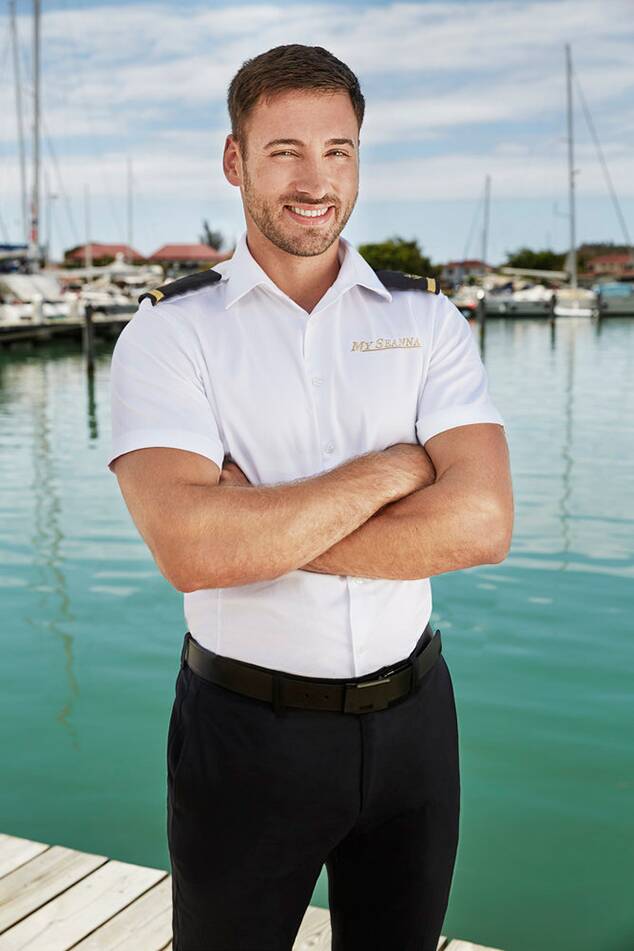 Already winning hearts with his soul-touching smile, James Hough was born and brought up in northern England. His well-sculpted body and charisma make him look nothing less than a model. After receiving private school education, he tried his best to progress academically but gave up within just two weeks. At an early age, James fully realized his passion for experiencing life beyond his home country.

To pursue his life dream, James fled to Antibes, where he first tried his hand at yachting. Self-admittedly, he was on the verge of being fired from his first job due to his uncontrollable urge to flagrantly chase several stewardesses at the same time. But the hard-working Casanova does not let this hamper his job as a deckhand. Undoubtedly, his flirtatious tendencies are sure to shake things up on the mega yacht. 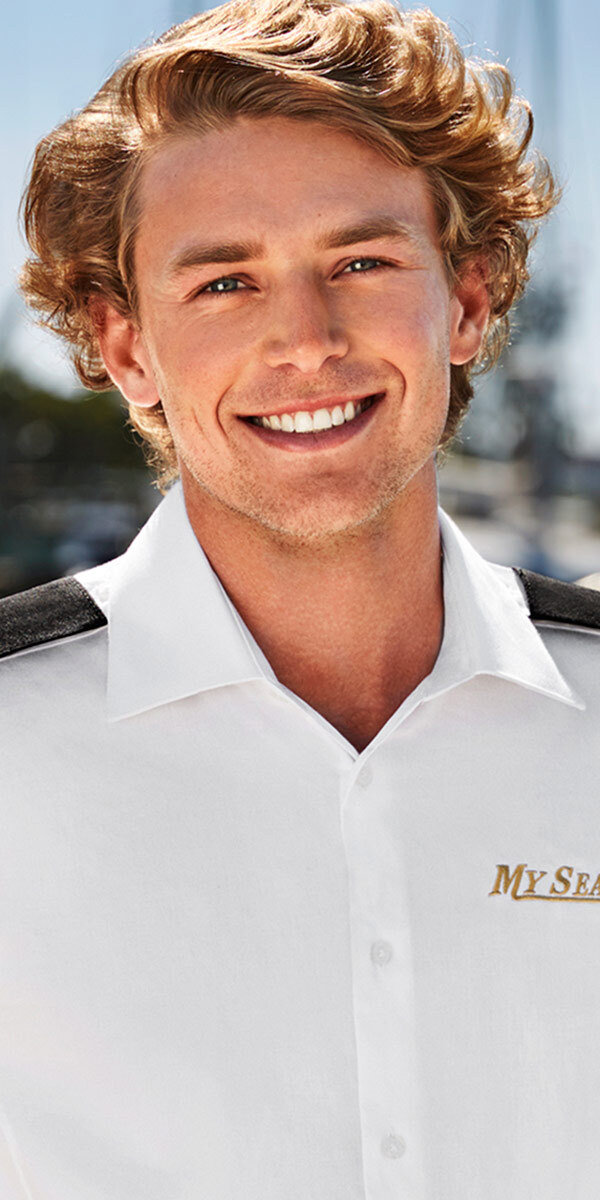 Born in San Diego, Shane Coopersmith is no stranger to water and its life-altering potential. He began to swim before learning to walk, such is his affinity to the ocean! But his surfing capabilities do not establish that Shane is a good fit in the mega yacht’s crew. He has worked at the California Yacht Club in Marina Del Rey, and the experience ascended his love for the prestigious industry. Nonetheless, his honest approach and natural charm are sure to fetch him success in the world of yachting.

With a staunch belief in environmental sustainability and a degree holder in the same, Shane wishes to effectively change someone’s opinion about the irreversible impact of their actions on the planet. It would be quite interesting to see “Sustainable Shane” play out his cards on board ‘Below Deck’ as a deckhand and a responsible eco-activist. 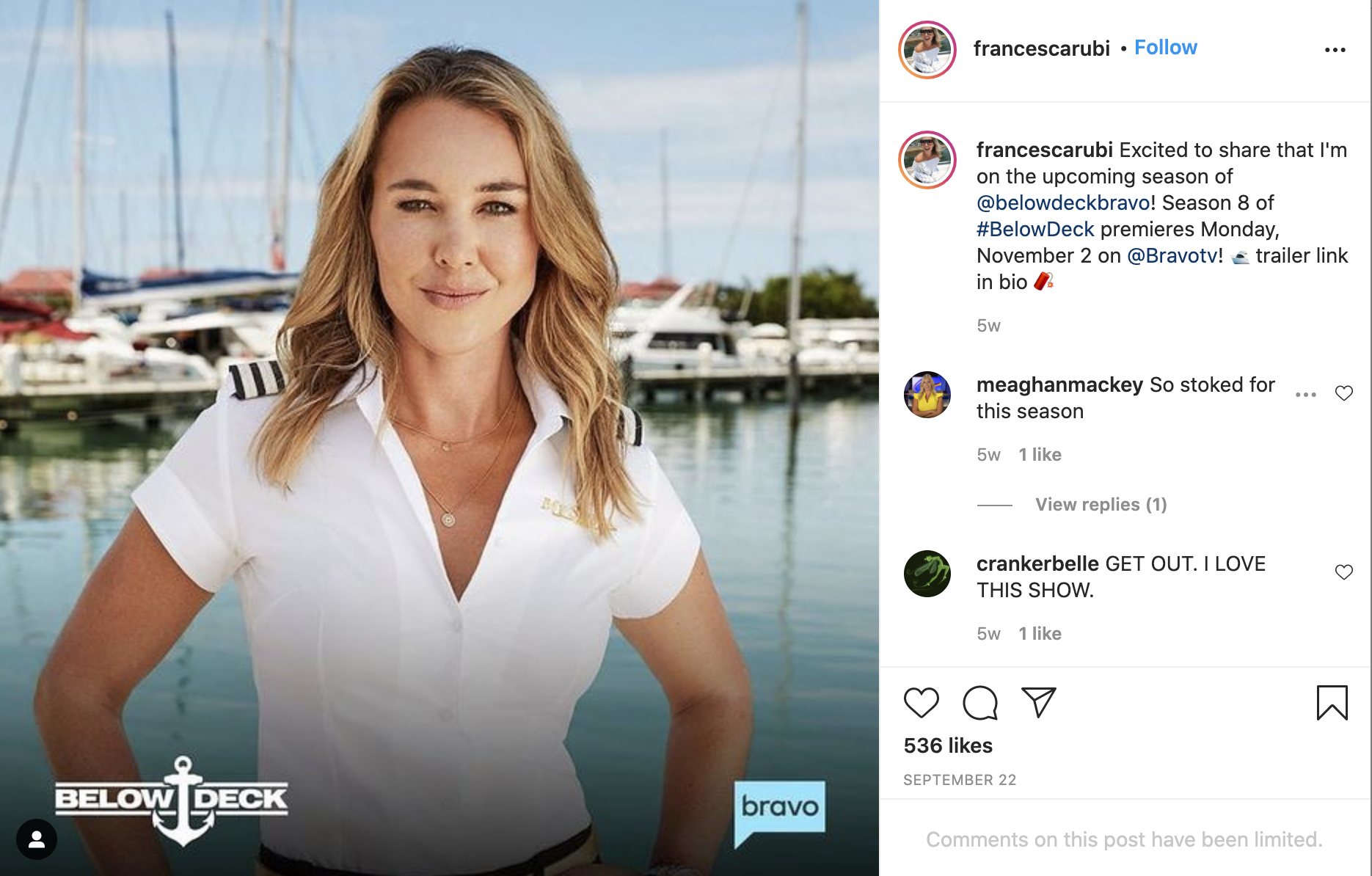 Francesca Rubi is the “perfectionist” replacing the former chief stewardess, Kate Chastain. The Sydney-born grew up with a dream to tour around every exotic city in the world. Having formerly worked as a purser, deckhand, and stewardess for half a decade, Francesca is adept at using ropes. Before becoming a part of the hit Bravo TV series, she had already had a taste of the media industry.

The talented filmmaker hosted the Adrift Film Festival in October 2019. As she is gearing up to be the right-hand woman to Captain Lee Rosbach, Francesca already comes in with experience as an event manager and has even served celebrity clients.

Read More: Where Is Below Deck Season 8 Filmed?