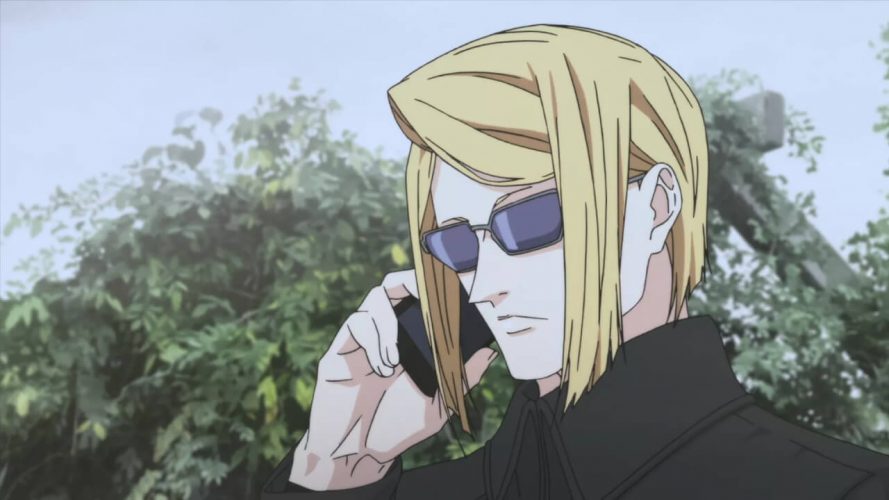 Hero Mask is a Japanese original net animation (ONA) action anime television series produced by Netflix. Animated by famed Japanese animation Studio Pierrot, Season 1 of Hero Mask premiered on December 3, 2018. It received decent ratings and in spite of being new to the anime scene, managed to create a fan base for itself. Six months after season 1 premiere, on July 23, 2019, Pierrot, through the show’s official website, announced that Hero Mask would be returning for a second season. Hero Mask season 2 finally premiered Netflix in August, 2019. Since then, fans have been wondering: will Hero Mask be renewed for a third season? Well, here’s everything we know about it.

Hero Mask Season 3 Release Date: When will it premiere?

Hero Mask season 2 premiered on August 23, 2019 on Netflix. All the 9 episodes were released at one go, like most of the Netflix shows. Both season 1 and season 2 were well received by anime fans.

As far as next season goes, we have bad news for the fans. Despite the success of the show, it was originally conceived as a two-season anime. Also, because the anime is not based on a manga, the makers will have to write an original story again if they want to continue further. The good news, though, is that Studio Pierrot has confirmed that they will be working with Netflix to create similar shows in future.  In any case, if we hear anything about a new show or even Hero Mask season 3 release date, we will update this section.

For those who like watching anime shows in English, the good news is that Hero Mask has a great English dub, which is unsurprising since it is a Netflix Original show and Netflix caters to a large international audience. If you want to watch the show in English, you can find dubbed episodes for season 1 and season 2 on Netflix.

Hero Mask is a show which has action, crime, as well as supernatural elements.

The show is set in a fictional version of London and follows a hot-blooded young police officer named James Blood, who works for the elite Special Service of Crime (SSC) division within the Capital Police Department. While James’ life is far from a simple one, things take a bizarre turn when an attorney named Sarah Sinclair witnesses her superior, Crown Prosecutor Monica Campbell, inexplicably drop dead while investigating a high-profile case involving LIVE Corporation.

Shortly after Crown Prosecutor Campbell’s demise, the police station James works out of is attacked by an enemy who James long thought dead. Having no idea about what is going on, James teams up with Sarah, hoping to uncover the perpetrators behind the strange events. However, this proves to be far from easy, and James and Sarah’s quest to uncover the truth takes them on a mind-bending journey and the duo find themselves in the middle of a conspiracy involving LIVE Corporation, escaped prisoners presumed to be dead, and masks which give their wearers supernatural abilities.

Hero Mask has a pretty long list of characters and quite a few of them are pretty important to the plot of the show. Below, we’ve provided you with brief backgrounds on each of the important characters in the show.

James Blood: The male protagonist of the show, James is a hot-blooded young police officer who works with the elite Special Service of Crime (SSC) division within the Capital Police Department in London. James’ challenging life takes a turn for the worst when his arch-nemesis, Grimm, whom he had presumed dead, ends up attacking the police station he works at. After fighting off Grimm several times, James finally decides that it’s time he had some answers. For the same, he teams up with Sarah and the duo embark on a quest to find the truth behind some bizarre events unfolding in London.

Sarah Sinclair: The female protagonist of the show, Sarah is an assistant attorney working under Crown Prosecutor Monica Campbell. While investigating a high-profile case involving the massive LIVE Corporation, Sarah witnesses Crown Prosecutor Campbell collapse on the street. Just prior to her death, Campbell gives Sarah vital information about the case, and Sarah develops a strong suspicion that Campbell was murdered for flying too close to the sun. Determined to seek answers, Sarah teams up with the hot-blooded James, and their investigation lands them in the middle of a massive controversy involving LIVE Corporation and super-powered villains.

Theo Lowe: A supporting character in the show, Theo is a criminal who once took multiple doctors hostage at a hospital to get his daughter a heart transplant. However, Theo’s plan failed and he was presumed to have died in the hospital. Later, however, it is revealed that Theo did not actually die but was used as a test subject in experiments involving the mysterious masks which grant their wearers superpowers. Yet, Theo somehow managed to escape, and is seen searching for his estranged family in the show.

Edmond Chandler: The equivalent of James Bond’s Q in the show, Edmond is a technical specialist and Sergeant in the SSC. Like Q, Edmond’s main role in the show is to come up with ingenious gadgets for SSC officers to use. In fact, Edmond is also the man behind the “GPS bullets” which James is extremely fond of using.

Harry Creighton: Also an important supporting character in the show, Harry is a former police detective. After his girlfriend mysteriously collapsed and passed away, Harry disappeared from everyone’s radar and was recruited by LIVE Corporation for carrying out its dirty work. In the present day, Harry works as a mercenary for LIVE Corporation and is in charge of hunting down the super-powered masked individuals scattered around London.