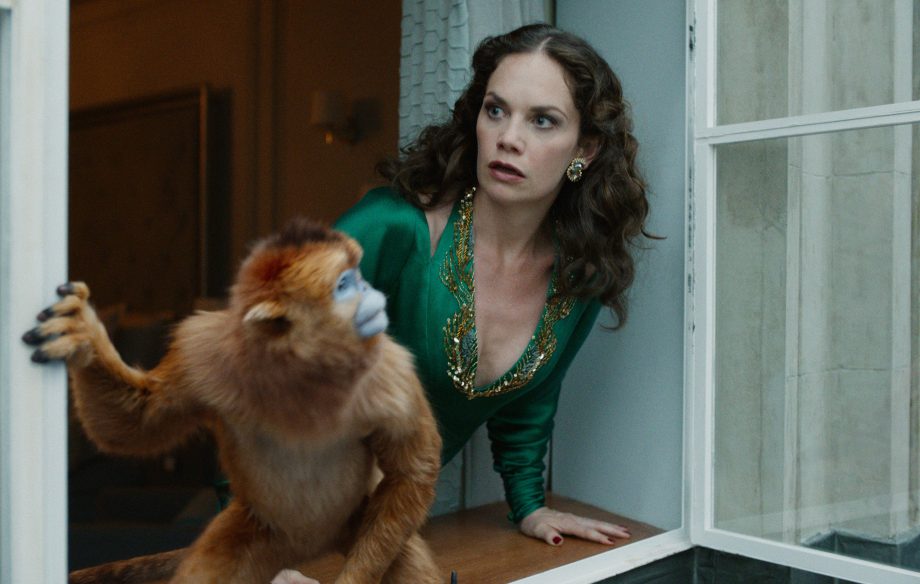 The book to screen adaptations have always been a matter of apprehension, not just for the people who decide to take up this task, but also for the fans who have loved the books and don’t want it spoiled for them. Rarely have readers found the screen version worthy to be compared with its source, and it is this kind of unease with which we walk into BBC and HBO’s rendition of ‘His Dark Materials’. So far, the TV series has not disappointed, which is perhaps the best way to say that it isn’t bad. But, will it continue to be so and take a step further to surpass the books is yet to be seen. Before we jump into the review of the second episode, let’s take a look at the events that transpire in it.

After leaving Oxford with Mrs Coulter, Lyra arrives in London, a place she’s never been to before and which is nothing like her home, the Jordan College. She had been mesmerised by the charm and intelligence of the woman who allows her to dream as far as her imagination can take her, but Lyra’s daemon, Pantalaimon, can’t help but suspect their new patron of some malignancy. There is something shady about this woman, and while Lyra refuses to entertain his doubts, after some time, she, too, is forced to accept that Mrs Coulter is not as good as she seems to be.

Meanwhile, the Gyptians discover a place where the gobblers had hidden the children, but seem to have moved on from. We also get to see Roger again, who finds Billy Costa as one of his fellow captives. The Magisterium, aka the Church, is getting restless about the General Oblation Board, which, as it turns out, has been created and is run by none other than Mrs Coulter.

While the first episode of ‘His Dark Materials’ felt like a busy bee at work, the second one was steadier and more contained in its approach of storytelling. With all the chess piece set on the board, the movements have now begun and Lyra’s journey takes a significant leap. Mrs Coulter proves to be a complicated character, and Ruth Wilson’s impeccable performance elevates the role. The fleeting impression of her sentiments about Lyra- be it sadness or concern or, perhaps, even love- show just how difficult it will be for us to hate her, even when we now know what she is doing.

In balance to this, we also see her getting angry to the point of being cruel. She is not just hiding her emotions from Lyra and everyone else around her, but also from her own daemon, with whom she seems to have an unusual relationship. The golden monkey is loyal and fierce, but his connection with Mrs Coulter is not as intimate as Lyra’s to Pantalaimon. In a similar manner, we witness other person-daemon relationships, and the series seems to be making use of this to show us who to trust and who to be scared or wary of.

In a turn from the chronology of the books, we also get to see the other world, the one which is like ours. The introduction of the pathways between the worlds so soon proves that the adaptation is willing to stir up things and accelerate the plotline in order to cover as much ground as Philip Pullman has provided in all of his works related to Lyra’s world. This not only allows them to surprise the ones who have read the books and already know where all of this is headed but also sets the course for the transition between multiple worlds.

In comparison to ‘Lyra’s Jordan’, ‘The Idea of North’ seems more in control of itself. With the character introductions out-of-the-way, it focuses on exploring the world(s), which is something we can expect the coming episodes to be heavily invested in. Another thing about it that makes us hopeful is the fact that it gives us a glimpse into the crueller nature of its characters. Under the cover of all fantasy and enigma, His Dark Materials series is known for not shying away from calling out the hypocrisy and self-serving nature of some people and organizations.

What Lyra sees in Mrs Coulter’s office is a foreshadowing of the things that she will witness in the future, the things that will shake her faith in humanity. We only hope that in the coming episodes, the series will not refrain from shedding light on the things that might seem gruesome, even in the absence of blood and gore. Not that HBO has ever hesitated from such expressions, but the involvement of children might make them change things a bit. And speaking of children, can we please protect Roger, at all costs?