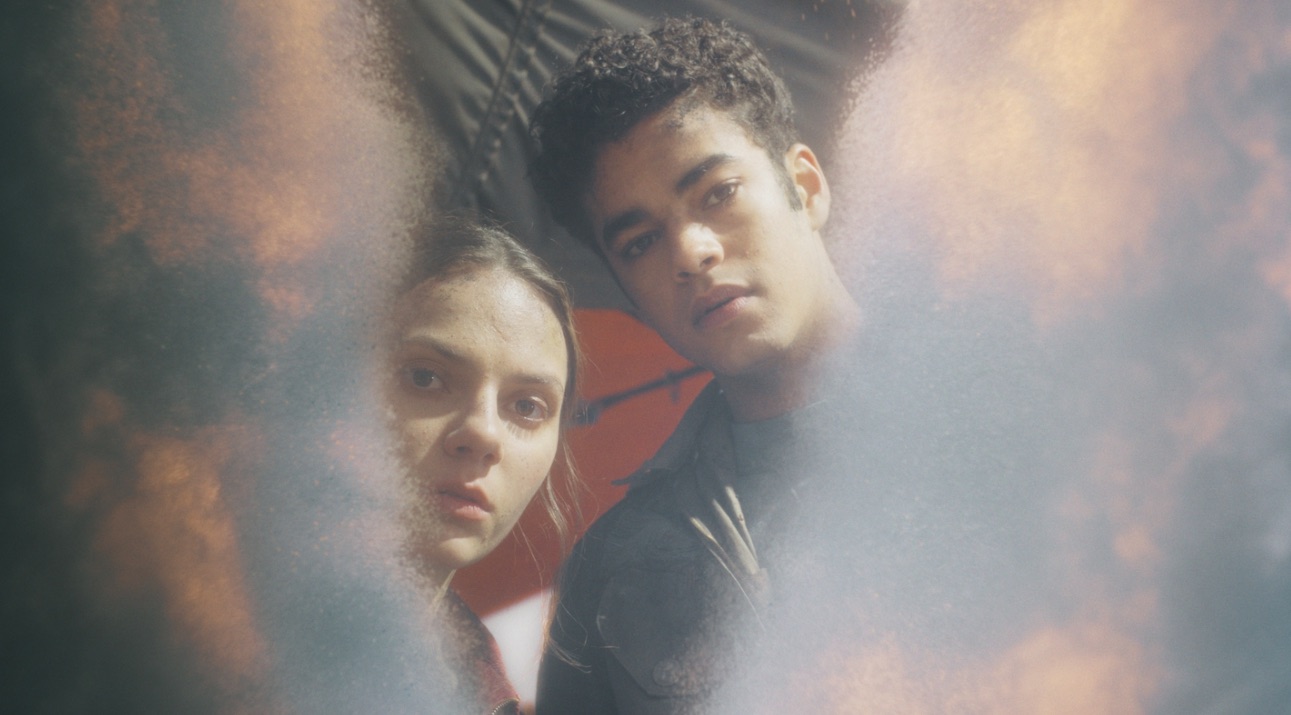 HBO’s ‘His Dark Materials‘ wraps up its story with the third season, bringing the fantastical events in the story of Lyra and Will to a fitting end. All of the characters’ journeys had been leading up to this, as all the pieces fall into place one after another, tying up all the loose ends. From electrifying battle scenes to some very emotional moments, the series delivers a moving finale to the audience. In some ways, it marks the beginning of another journey for their characters rather than its end, especially for Will and Lyra. Here’s a breakdown of all that happens in the final two episodes of Season 3 and what it means for the future of its protagonists. SPOILERS AHEAD

His Dark Materials Episode 7 and 8 Recap

In the last two episodes of the series, Lord Asriel takes the fight to Metatron, while his daughter fulfills the prophecy that had led everyone to hunt her all this time. The Clouded Mountain charges towards Asriel’s Republic, and comes up with a plan to use brute force on Metatron, if that’s what it takes, and send him into the abyss. In the end, Mrs. Coulter joins him on this quest and both of Lyra’s parents end up sacrificing themselves to kill Metatron and save their child. 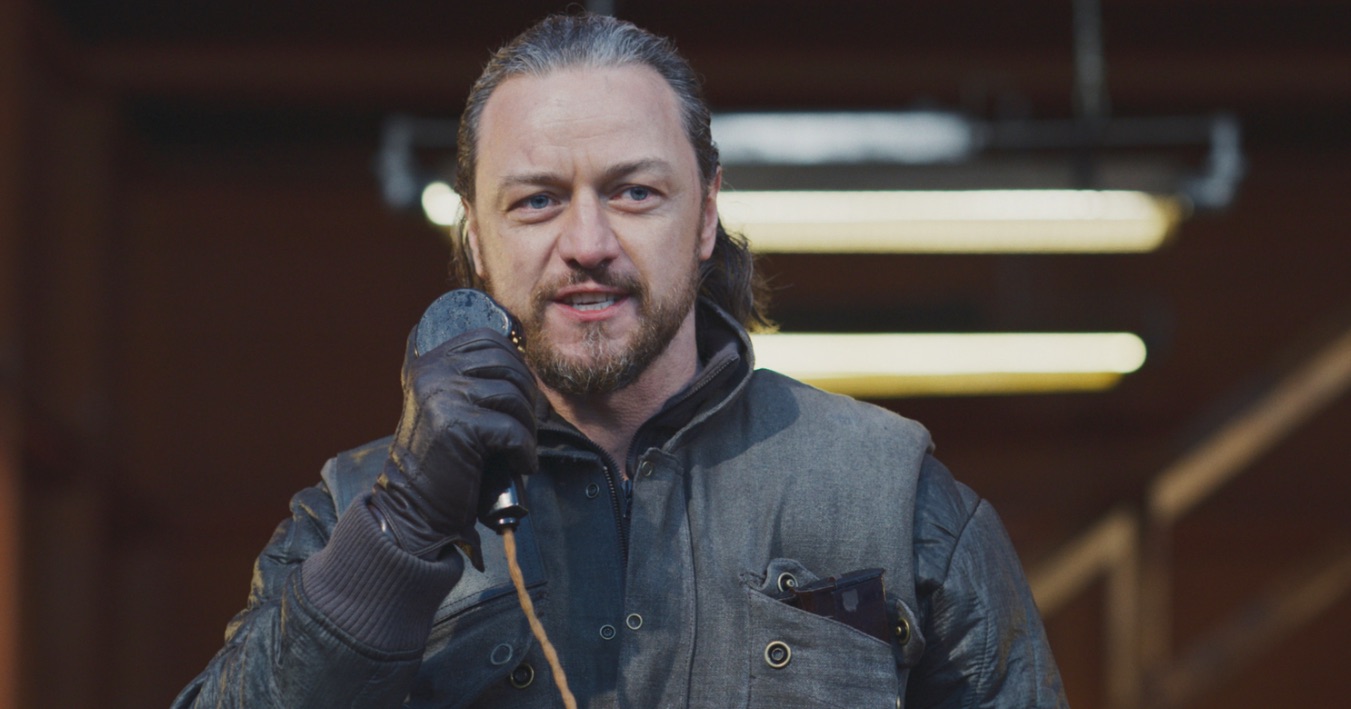 Once the war is over, Will and Lyra cross over to the Mulefa world where they are reunited with their daemons. Before that, they meet Mary Malone, who finally comes around to playing the Serpent. She reveals to Lyra and Will that Dust is not sin, it is pure consciousness, and there is nothing bad about curiosity and the thirst for knowledge. Father Lopez also arrives in this world to hunt down the Serpent but crosses paths with Balthamos instead. In the end, Will and Lyra come to the final part of the prophecy where Lyra becomes the second Eve and falls.

His Dark Materials Finale Ending: How Did Will and Lyra Fulfil the Prophecy?

At the beginning of the third season, Mary Malone ends up in a world that is dying because Dust is leaving it. The same thing has been happening in all the other worlds. The Mulefa tells Mary that an act that attracts Dust back to the world is the only thing that can stop this process. Mary relates Dust to thoughts and feelings and creativity and interprets it as the need for some kind of great discovery. But eventually, it turns out that it is the simple act of two innocent children crossing into adulthood that attracts Dust back. 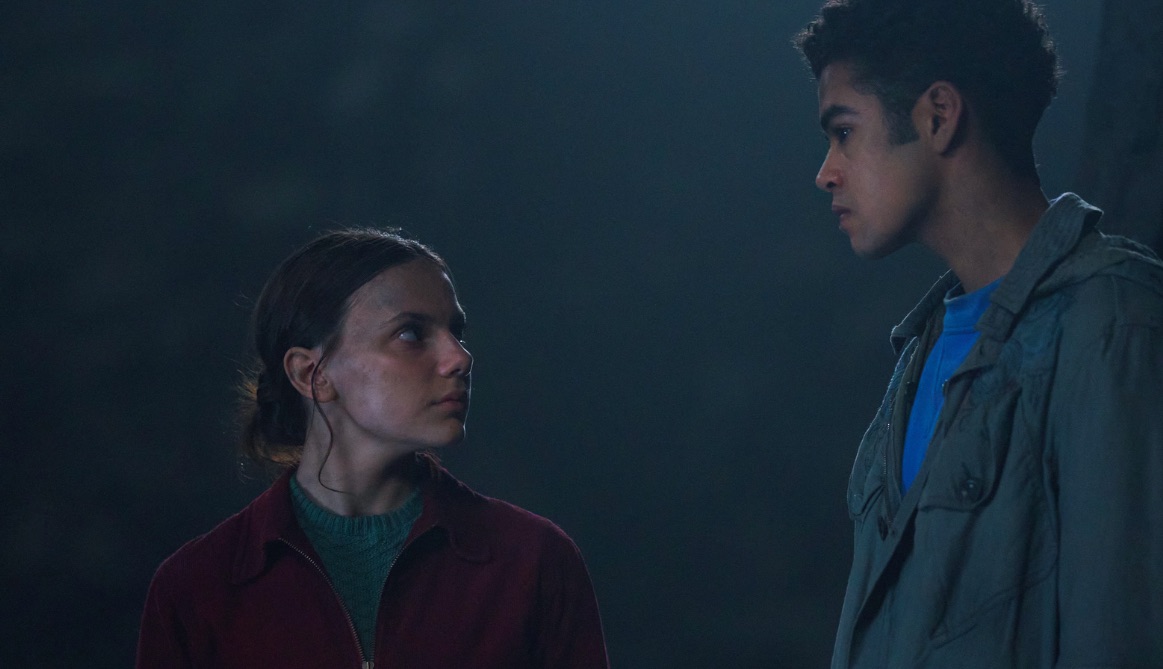 From the beginning, it was clear that Dust settled around people when they crossed into adulthood. This is also when their daemons settled into one form. Dust stayed away from children, which becomes the reason for the Spectres to not attack children in the Cittagazze world. From the beginning of their journey to their arrival in the Mulefa world, Lyra and Will were still children. They were slowly transitioning, but the process wasn’t complete yet.

Once in the Mulefa world, they realize their feelings for each other. Mary’s story about how she found love and how it made her leave her life as a nun and go out into the world to experience all the things that it has to offer encourages teenagers to express their feelings to one another. Because this is the first time that they have felt love, it is a transformative act for them. When they kiss, they transition from innocence to experience, from adolescence to adulthood. In the process, they attract Dust toward themselves, and that’s what the universe needed.

It might feel like a very commonplace thing to have happened, especially when it comes to the huge deal that was made about the prophecy surrounding Lyra, but context is key in such situations. It was prophecized that the child would fulfill her destiny in another world. Now, this child could have been anyone, but it was the point of being in the right place at the right time. Only a journey like the one Lyra took could have led to a child ending up in the Mulefa world just after the fall of Metatron. Because only Lyra took that journey, along with Will, it makes sense that she was chosen for this, even if her act was that of simply falling in love.

Do Lyra and Will End Up Together? 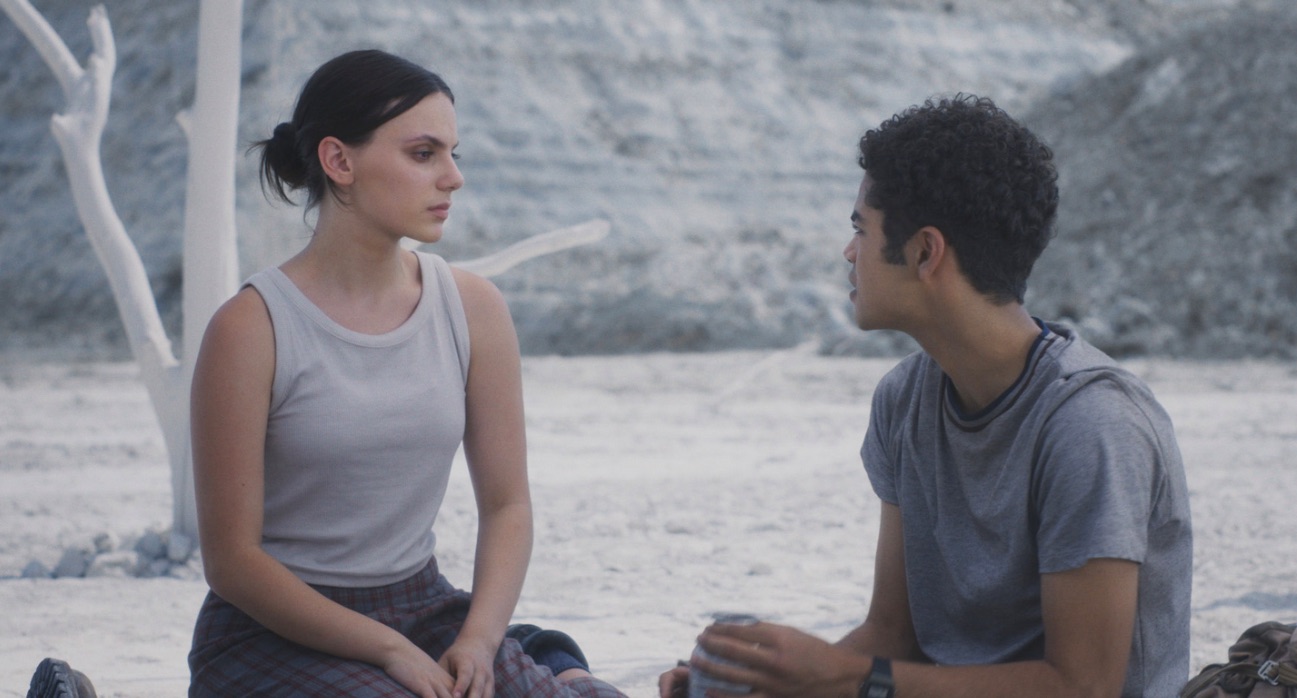 One of the things that make the ending of ‘His Dark Materials’ so bittersweet is that despite all that they have been through, Lyra and Will do not get to be together. Especially after they discover their feelings for each other. Once Dust starts to come back to the Mulefa world, Xaphania tells Lyra and Will that this process is not permanent. Dust is still seeping out of the worlds and falling into the abyss from the many windows that have been left open between the worlds by previous knife-bearers. Every time the knife is used, it not only lets Dust flow out of its world but also allows the entry of things like the Spectres into them. The only way to ensure that things don’t get so drastic again and to save the multiverse is to close all of the windows.

Previously, Lyra and Will had planned to go back to their worlds for a while, but they knew that they would stay in touch with each other because Will could cut in and out of Lyra’s world anytime. But to close the window permanently would mean that one of them would have to leave their world behind. But then, Will reveals that even that is not a possibility. In the last episode, his father told him that when the time comes, he must choose to go back to his own world. If he lives in another world, he will not survive. This means that both Will and Lyra will have to return to their own worlds if they want to live.

This puts them in an impossible situation. Should they choose to save the world and be separated from each other forever, or throw caution to the wind and do as they please? In the end, they decide to do what’s right. Lyra goes back to her world, while Will goes back to his. In memory of each other, they promise to come back to the bench at the Botanical Garden each year on the same day at the same time. This way, even with worlds apart, they could still be with each other in some way.

Why Does Will Break the Knife? 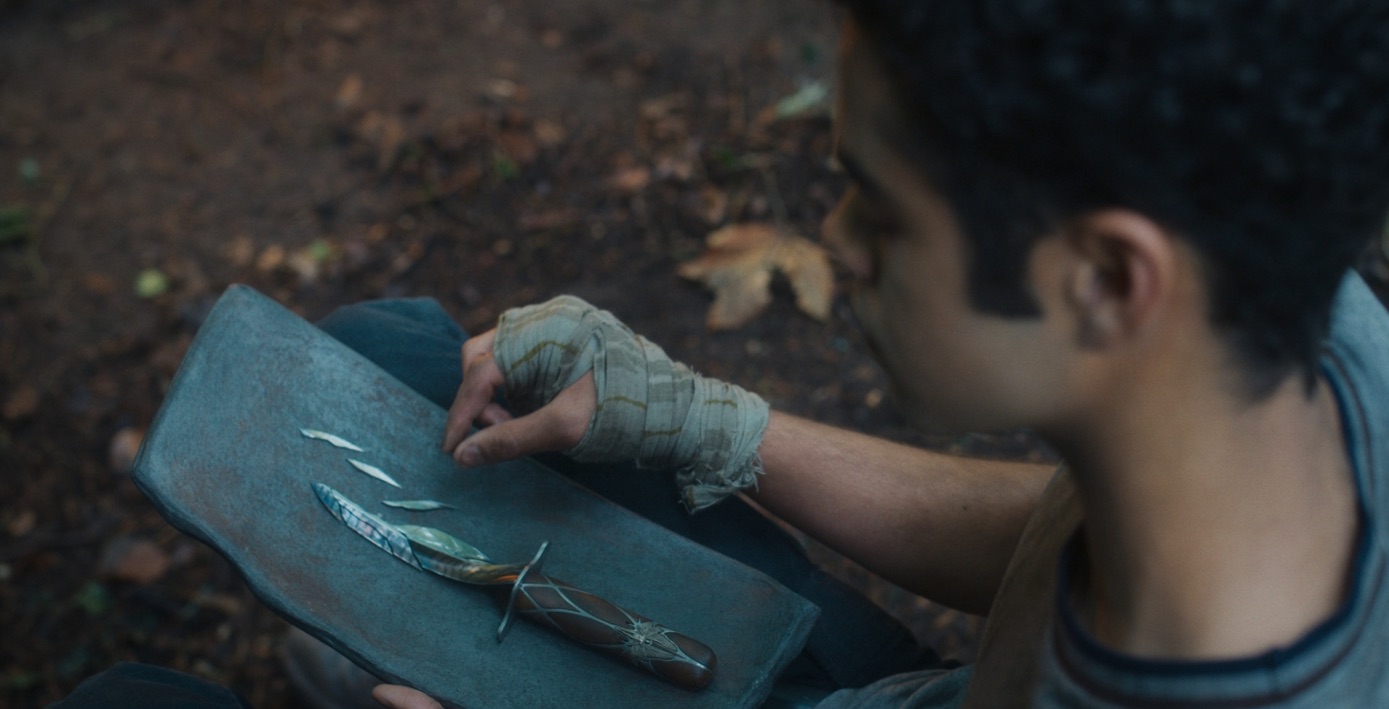 After Will goes to his world, he breaks the Subtle Knife for good. This makes their separation permanent, and they’ll never see each other again. But why was it so important to go through with such a heartbreaking act? Xaphania tells Lyra and Will that it’s the knife that has been causing all the Dust to flow out. It is a unique knife with unique properties, so potent that it is believed that it can even kill the Authority.

This unique nature of the knife gives it the power to open windows between the worlds, and as long as the knife exists, only its bearer can close the windows created by it. Xaphania reveals that once the knife is destroyed, the angels will regain the power to close the windows by themselves. But as long as there is a knife, there will be a bearer and the power will rest only with them. Because there are countless worlds with countless windows, there is no way that Will can spend his entire life going around closing all the windows by himself. The angels, on the other hand, have the power to close all those windows all at once.

So, to save all the worlds from dying, Will makes the sacrifice and destroys the knife as soon as he closes the window between his world and Lyra’s. Previously, he’d broken the knife due to a lack of concentration when he was thinking about his mother. This time, he thinks about Lyra and this leads the knife to shatter completely. The only one who could have fixed it again was Iorek Byrnison, who is in Lyra’s world. This means that the knife is destroyed forever. And as soon as that happens, all the windows are closed at once and order is restored in the universe and all the worlds start to heal.