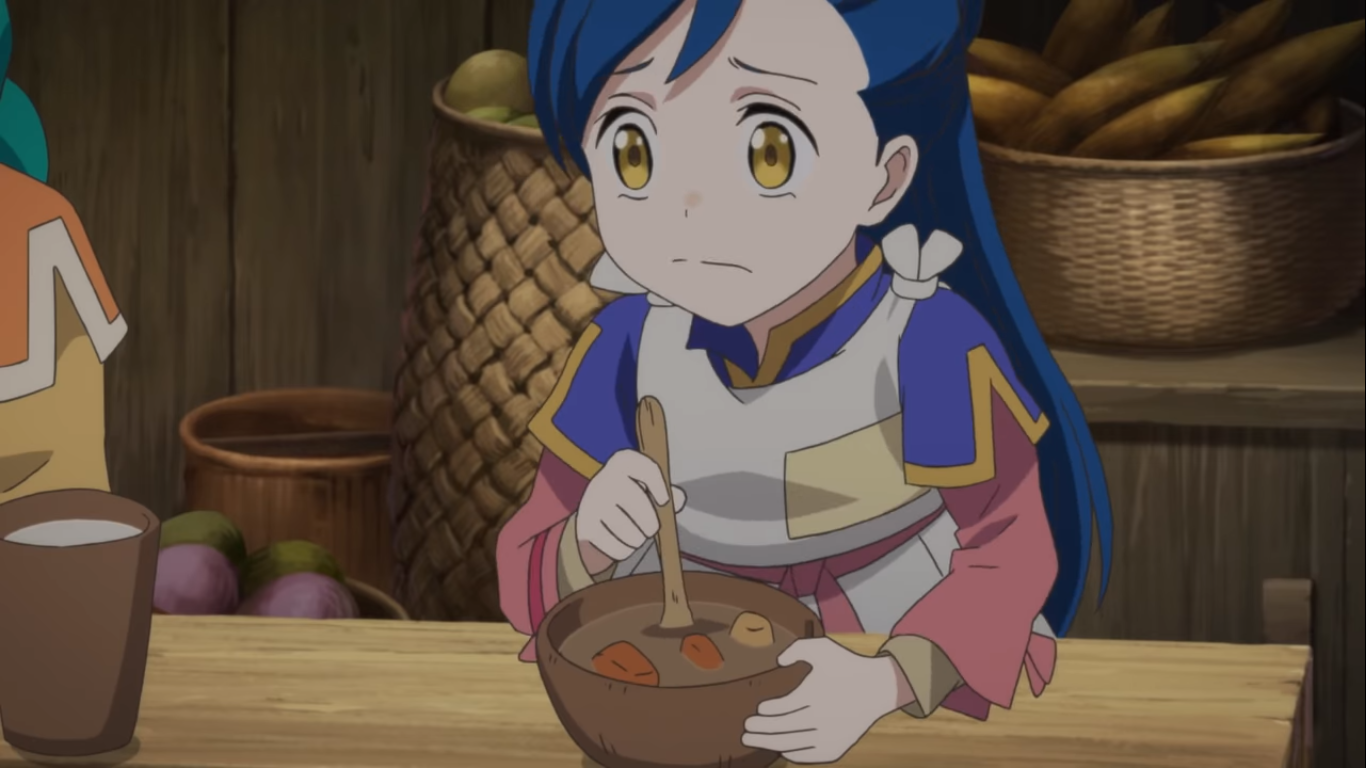 ‘Honzuki no Gekokujou: Shisho ni Naru Tame ni wa Shudan wo Erandeiraremasen’ starts off as a very typical anime where the protagonist ends up dying and wakes up in a fantasy world. But right after this cliched beginning, the anime starts to unfold a very unique story. Infact, it has fewer fantasy elements than you would expect it to have. Now, if we look at the original material of this show, what makes it so interesting is not its slice-of-life storyline but its pleasant well-developed characters. The main protagonist seems to have a well-defined purpose and the entire plot aligns with what she wishes to achieve.

From the trailer, it seems like the anime has adopted a very old school art style to reflect upon its medival setting. This should work out well as long as the quality of animation remains consistent. ‘Honzuki no Gekokujou: Shisho ni Naru Tame ni wa Shudan wo Erandeiraremasen’, overall, may not be for everyone but it’s certainly worth a try. In a world that is full of mind-bending fantasy shows, this simple yet entertaining anime can be really refreshing.

Honzuki no Gekokujou Season 1 Release Date: When will it premiere?

‘Honzuki no Gekokujou’ has been adapted from a light novel series that goes by the same name. Since its release back in 2015, the light novels now have close to 17 volumes. ‘Honzuki no Gekokujou’ Season 1 will premiere on October 3, 2019 and considering that it will have a total of 14 episodes, it is expected to end by January 2020. The light novels have been doing really so far and a similar response can be expected from the anime as well. Since the light novel series has 17 volumes, the anime will obviously not be able to adapt all the available in one whole season. So if everything works out well, the anime will probably receive many more sequels in the future. If we get any more updates regarding the details of season 1, we will update it here in this section.

An official English Dub of ‘Honzuki no Gekokujou: Shisho ni Naru Tame ni wa Shudan wo Erandeiraremasen’ has not been announced yet, but you can still stream the anime on Crunchyroll after it premieres on October 3, 2019.

Everything seems to be going well for Motosu Urano. After graduating from college and getting her Librarian degree, she is all fired up for her new job but unfortunately, after an earthquake, she ends up getting crushed under a huge pile of books and dies. This is when she wishes to be reincarnated only to be able to read more. To her surprise, she gets a second chance at life and this time, it’s in a whole new world where the literacy rates are fairly low. With absolutely no books around her now, her dream of being a librarian seems quite distant. Now she can either choose to just give up on her dreams of reading books or she can make the most out of her situation by transforming the world she lives.

Maine is the main protagonist of the show who was named Motosu Urano before her reincarnation. Originally, she was a young woman who belonged to the normal human world and pursued a degree to become a certified librarian. But after a disastrous event, she gets killed when an entire bookshelf falls on her. This is when she wakes up in a very different world with the body of a frail 5-year-old girl. During her days in the normal world, she would spend hours reading books and that’s pretty much the only thing she wishes to do all her life. Initially, she really didn’t care about anything else in the world and only wanted to read books all the time. But after getting reincarnated in the new world, she ends up learning a lot more about relationships and the value of the people around her.

She works really hard but her 5-year-old body is so fragile that she often gets a fever that lasts for days. In the new world, she spends a lot of time teaching others and she also seems to be really good at it. Usually, she remains calm even during the worst situations but when it comes to books, she has the tendency to go berserk when someone tries to question her passion for them or even harm them in any way. After her while, most people around her realize how much she respects her books and they try not to trigger her darker side.