Investigation Discovery’s ‘See No Evil: Shadow of Hope’ chronicles the tragic murder of a woman named Hope Melton. She was abducted in December 2011 while driving to her grandmother’s home in Jefferson, South Carolina, and later found brutally raped and killed behind a turkey barn miles away. The horrific nature of the crime shocked the community and a “compromise” at the hands of one of the investigators led to the perpetrator escaping the death penalty. If you want to learn about the case in detail, the identity, and the current whereabouts of the perpetrator, then we have you covered. So without further ado, let’s begin.

How Did Hope Melton Die?

Born on December 4, 1981, Beverly “Hope” Roscoe Melton was the loving daughter of William Roger and Elizabeth Rae Hodge Roscoe. The Cheraw, South Carolina, native graduated from Chesterfield High School in 2000. She was a member of the Health Occupational Class, chorus group, Vocational Honor Society, and Beta Club at her school. The 30-year-old used to teach Children’s Church at Lancaster Church of God. At the time, Hope had been at the T and T’s County Store in the town of McBee for over 12 years; she joined as a clerk and was later promoted to the post of manager.

Hope’s employer, Bill Tolbert, reminisced, “She was a good person. She was loved by everybody.” An avid home decorator, Hope also enjoyed shopping and walking, and was training to be a cowgirl. She was a loved member of her community. Having recently married, Hope was planning on starting a family when she was suddenly snatched from her loved ones forever. On December 26, 2011, Hope was driving to see her grandmother when she pulled up at a Jefferson gas station in Chesterfield County to refill her tank.

After driving for several miles, she noticed someone was following her and called her grandmother to inform so. Her brother-in-law, Frankie Melton, said, “He (the perpetrator) got right up on her back bumper and she, at that point, called her grandmother and said that someone was following her and it was a black man from the store, that she had seen at the store.” Frankie further added, “Her grandmother told her not to stop for anything and come straight on to her house and don’t stop for anything and that’s the last they heard from her.”

When notified of the possible abduction, Chesterfield County deputies were quick to recover Hope’s car. It was found in a ditch along Angelus Road in Jefferson. The car was in reverse gear and Hope’s purse was inside it. Hope’s naked body was later found behind a turkey barn on Sandy Grove Road in Mount Pisgah in Kershaw County, brutally raped and beaten to death with a baseball bat. One of the investigators said, “This was a horribly brutal and senseless crime. One of the worst I have ever seen. To our knowledge, Ms. Melton did not know her killer.”

The investigators did not have to look much to find the killer. Surveillance footage at the Jefferson gas station showed Hope filling her car with gas and her abductor walking towards the beer cooler. The footage further showed Hope walking into the convenience store of the gas station to pay for the gas, and her abductor only inches away from her. He observed her as she walked out and drove off in her white Chevy and then proceeded to follow her in her red Chevy.

With the description of both the car and the alleged perpetrator at hand, the investigators soon pulled up 26-year-old Nickolas Jermaine Miller. He was arrested on December 27, 2011, and the baseball bat was found in his possession. Miller agreed to follow the Chesterfield County deputies to Jefferson Town Hall for questioning, where he confessed to the abduction and murder of Hope. He stated that he abducted Hope from her car near Angelus Road, inside the Carolina Sandhills National Wildlife Refuge.

As per reports, Miller then drove Hope to Jefferson, then to Forty Acre Rock, often raping her at different points, before finally taking her to Mount Pisgah in Kershaw County, where he brutally beat her to death with a baseball bat. He even confessed that Hope repeatedly begged him for her life, but he didn’t budge. Finally, he informed the authorities about the exact location where he dumped Hope’s body, and the police ultimately retrieved her with the help of a SLED helicopter. Miller was charged with the murder and kidnapping of Hope and held at the Kershaw County Detention Center for trial.

Where is Nickolas Miller Now?

Prosecutors were looking for the death sentence but ultimately had to agree to a plea bargain due to the gross misconduct of corrupt former Chesterfield County Sheriff Sam Parker. Solicitor Dan Johnson, stated, “As a result of Sam Parker’s gross misconduct in coercing Nickolas Miller’s confession with a promise of leniency, all statements made in reliance on that promise would be properly suppressed at a trial in this matter.” Parker not only messed up the evidence but had also allegedly told Miller that he wouldn’t receive the death penalty if he disclosed the location of Hope’s body to the authorities. 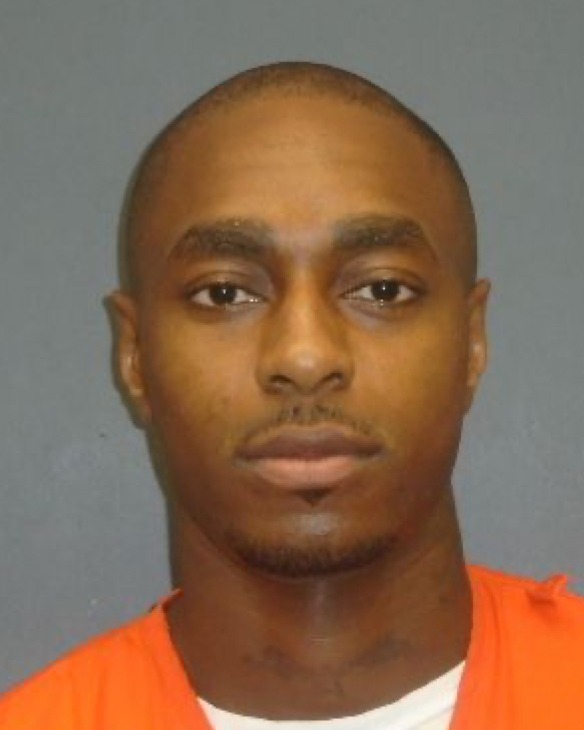 Nickolas Miller pleaded guilty to murder, two counts of first-degree criminal sexual conduct, two counts of solicitation to commit a felony, and kidnapping and was sentenced to life in prison without the chance of parole in March 2015. As per official court records, he is presently incarcerated in a cell at the Perry Corrections Department in South Carolina.